This composite part consists of two sessions, the promoter and BBa_K1456006 (designed by Mustafa Semih Elitok iGEM14_ATOMS-Turkiye). The promoter HucR is a bacterial transcriptional repressor. It will dissociate from the binding site hucO8 in the presence of uric acid thus allow the expression of BBa_K1456006, Aprotinin.

As Xanthine Oxidase (XO) is an enzyme catalysing the oxidation of hypoxanthine to xanthine. It can actually further catalyze the oxidation of xanthine to uric acid. Aprotinin is a potent protease inhibitor which prevents the formation of xanthine oxidase (XO) from xanthine dehydrogenase (XDH). Therefore according to this theory, when there are higher uric acid levels in blood, more aprotinin will be expressed and less xanthine or uric acid will be produced by oxidation. The pathway from purine to uric acid 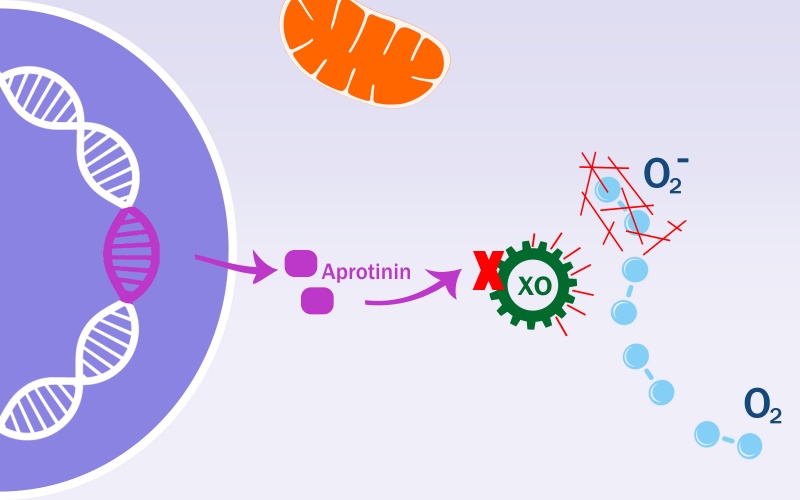