What we expect from Experiments and Modeling:

For a proof of concept, we need to know some details about MagicBlock.

Used as test standards for other parts. The fluorescence response of QS receivers have to be examined first.

The crosstalk of different Quorum Sensing systems problem in working conditions may severely interfere with the signal processing function of Bioblocks, especially when with more than one QS systems are used.

Could bioblocks successfully communicate with each other?

How much time is needed for a bioblock to finish its task and when should the system proceed to the next layer? How much signal containing supernatant should be transfer to the next MagicBlock? To answer these questions, we have to build up a model, determine parameters of the model from experiment data and then guide further experiment in return. Fig. 4 Structure of LasR and RpaR 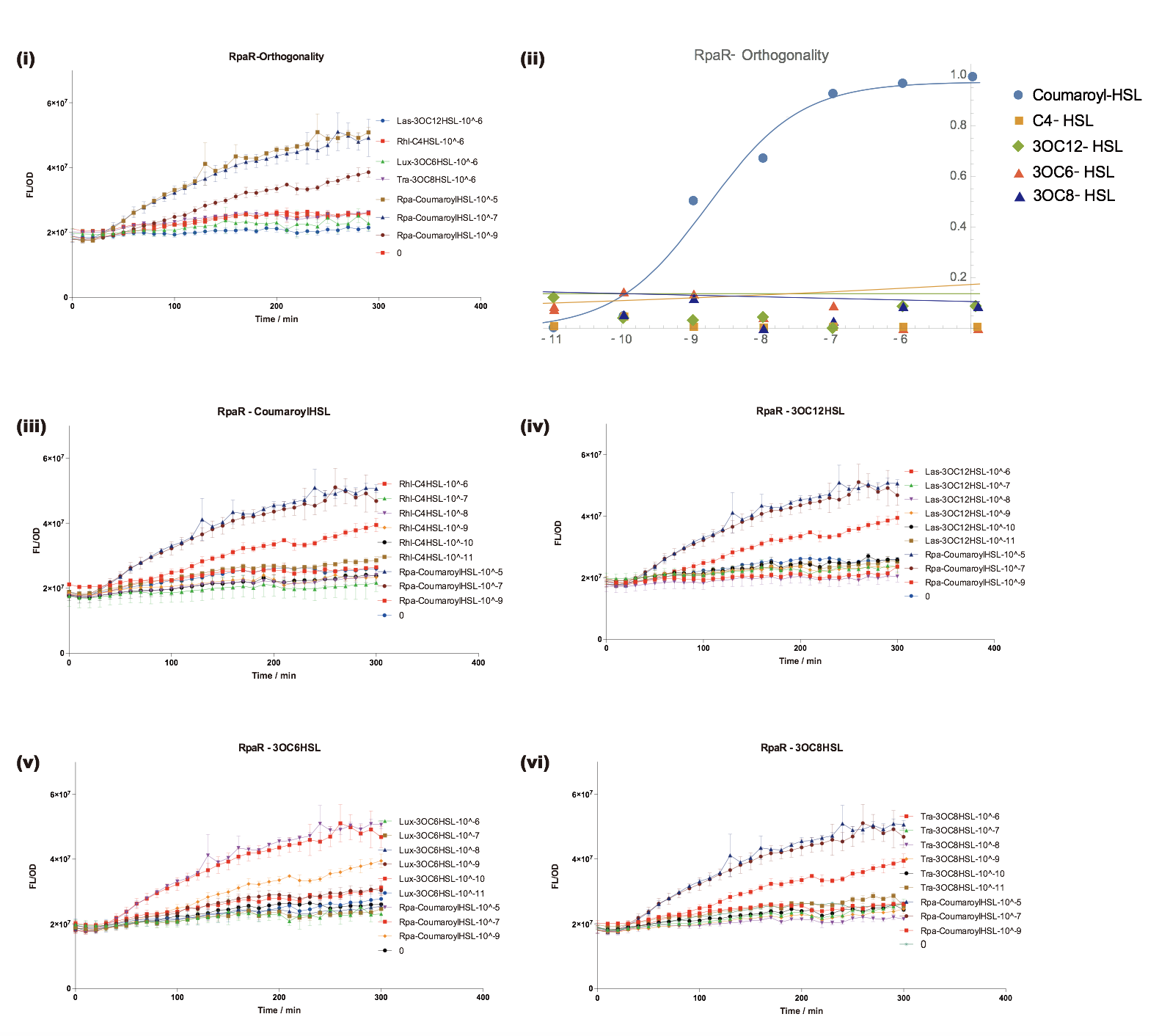 To answer this question, we measured AHL production of Generator bioblocks using LC-MS and Fluorescent QS receptor array. Both method confirmed the generation of AHLs, and the quantitive result gives a conclusion that AHL production from a MagicBlock is enough to stimulate another block and actives it's gene expression under our system's working condition. After expression experiments, we have collected enough data to describe the kinetics properties of a bioblock. We've modeled the response and re-generation of AHLs in typical intermediate bioblocks and determine parameters for liquid handling robot we used to transfer liquid supernatant between bacteria.

The system goes on when production of protein approaches maximum. After we dilute the input signal concentration, the protein will stop to generate and degrade soon. Following diagrams show the whole reaction and finally give the concentration curve of output signal molecule.

The concentration curve of protein complexity related to time

The concentration curve of output signal molecule related to time

More about this model

We've observed population drop when AHLs is added to culture during our experiment.

Our mathematical model successfully explained this phenomenon. For details, click