The team has provided two sequences to produce odorant receptors in animal neurons that have been read on two different devices using fluorescence or field potential measurements and can be utilized with static or dynamic devices. This vision allows us to not only use receptors from the human genome but use receptors across the complete animal kingdom producing a device that expands upon any species’ current method of odorant detection. This vision allows us to identify all smells that have been selected throughout the entire animal kingdom and does not confusion perception with sensation. Better understanding this technology will allow the team to model specific odorant receptors that are presently unknown to detect odorants that currently do not have odorant receptors and are therefore “undetectable”.

Plasmid design and development is a key component to the eNose Project. Here, we look at the gPCR found in the olfactory system responsible for detecting the sense of smell. Specifically, olfactory neurons contain receptor proteins known as G protein-coupled receptors that recognize when a specific odorant ligand is present causing the generation of an action potential from the cell that is easily measurable with current cell physiology tools and photonic systems.

The team has built two devices using two different sensing mechanisms: 1) a measured intensity change caused by fluorescence due to calcium binding, and 2) a measured voltage change generated by an action potential. An Arduino was programed and developed to measure low level fluorescent intensity from calcium binding compounds. The Arduino system can be read through Bluetooth or connected to a computer making it versatile for multiple applications. Connecting via Bluetooth allows the system to also collect time and location data to enhance detection capabilities. LED also offer an initial warning to alert the user of any potential threats. The second device is a peristaltic flow chamber with inputs and outputs to transport new media and odorant samples. The cells rest on a microelectrode array that measures field potential measurements during the voltage change of a cell action potential, which is a more sensitive and electronic measurement.

A hand held photosensor device was designed to measure the change in fluorescence caused by cell depolarization in the presence of calcium binding ion. A the device is small making it portable, light weight, and inexpensive that can be used with other computational systems to analyze odorant mixtures.

An Arduino system was utilized as the initial system to measure the voltage change during increased fluorescence caused by depolarization. The Arduino was Bluetooth compatible allowing voltage measurements to transfer to a portable mobile device while also providing location and time. Additionally, the data could be hard wired to a computer providing the change in voltage.

Coding was used to determine fluorescent intensity and relay the information through a color display and through colored lights allowing the user to know when they were in the presence of a scent.

A bioreactor was designed to create a closed system that would hold the MEA and be able to capture the neurons’ output signal the neurons. Autodesk Inventor was used to render two pieces with ports and internal channels and printed using a FormLabs Form 2 3D printer.

The MEA pad consists of electrodes to which the cells adhere, leads that transport the signal, contact pads that transfer the signal to a circuit board, and a layer of insulation. Due to complications in manufacturing a custom design, we resorted to purchasing prefabricated MEAs. Two different MEA designs were purchased, standard and perforated.

Since the bioreactor created a closed system, a perfusion system was developed to allow continual media flow keeping the cells alive without exposing them to the atmosphere, avoiding potential bacteria contamination. This was done by using a peristaltic pump which regulated the flow of media through the system. Olfactants were injected onto the cells through a syringe in the vented screw port at the top of the bioreactor. As olfactant was introduced, pressure was kept constant by withdrawing media and air from another syringe on the other vented screw port on the top of the bioreactor.

The search for alternative methods to detect libraries of volatile chemicals is an ongoing endeavor, and for the past 20 years improvements to biosensing has enhanced in speed, sensitivity, and cost. However, these methods are still chemically blind resulting in anosmia of several odors that surround us.

Signal processing will be the method to analyze the action potential of the electrical signal and remove perception from sensation. Measuring the intensity of an action potential can create electrical fingerprints based on voltage intensity and specific olfactory receptor firing in the presence of an analyte. Therefore, removing the animal and leaving the necessary cells can improve detection specificity by measuring action potentials from olfactory receptor binding of a ligand to individual neurons to produce living biosensors that are selectively persistent in a local environment and can detect analytes with novel capabilities. 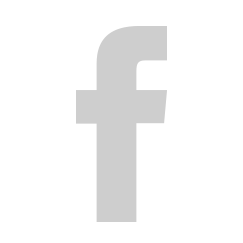 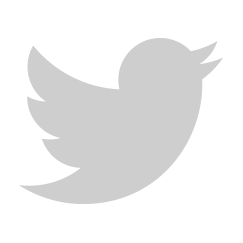