Our design was guided by the needs of three user groups:


Resulting in the identification of four core design considerations for our system:

To ensure the utility of our system, we developed a simplified expression and purification strategy to produce the necessary biomachinery for cell-free synthetic biology.

Our system includes all of the 38 essential TX-TL proteins, the 23S and 16S rRNA, and a tRNA for each amino acid, where tRNAPhe will act as a proof of concept for our novel purification method. In addition, we include the MS2 coat protein which is essential to our tRNA and rRNA purification strategies. 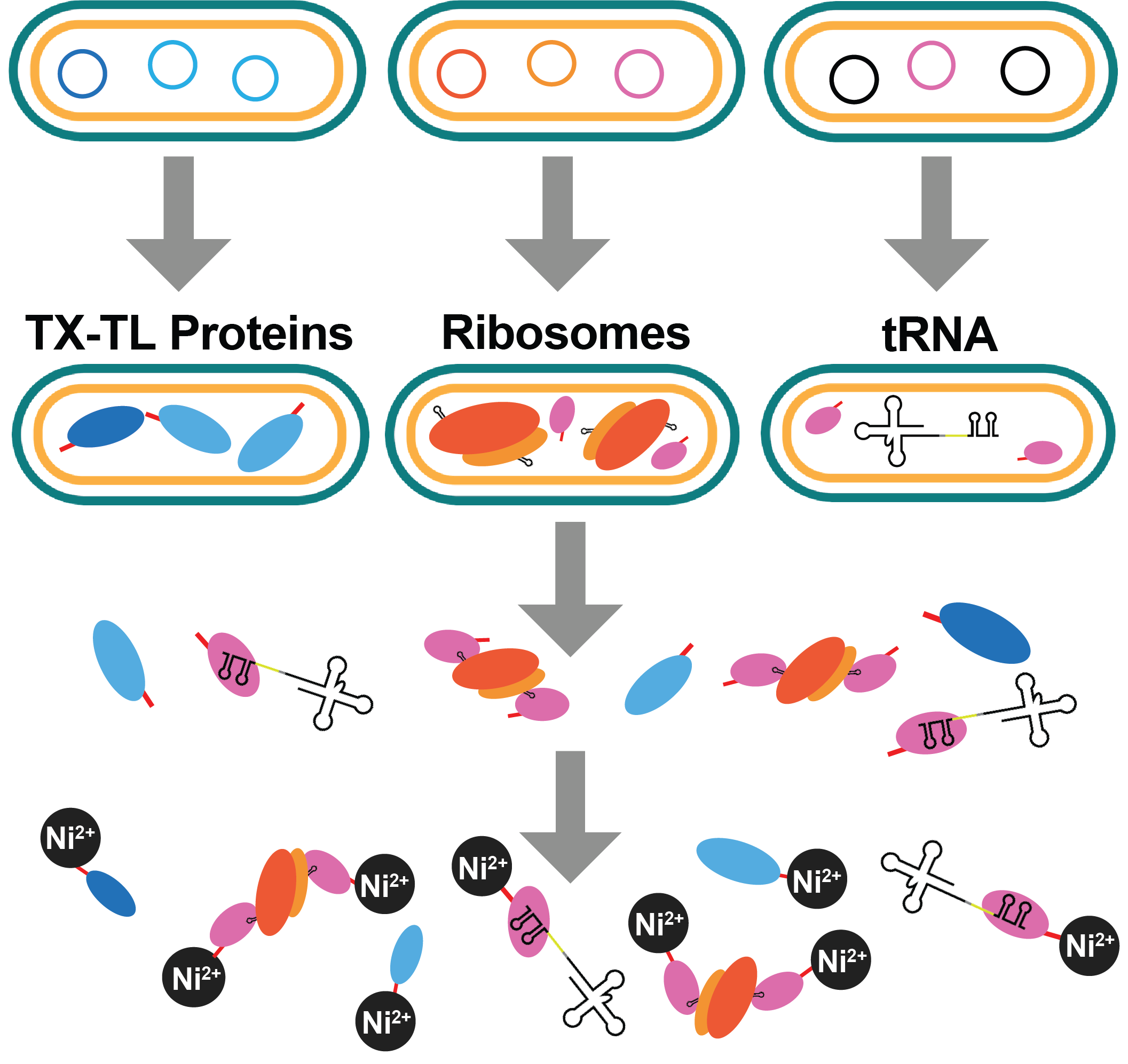 In total we have designed 40 parts! 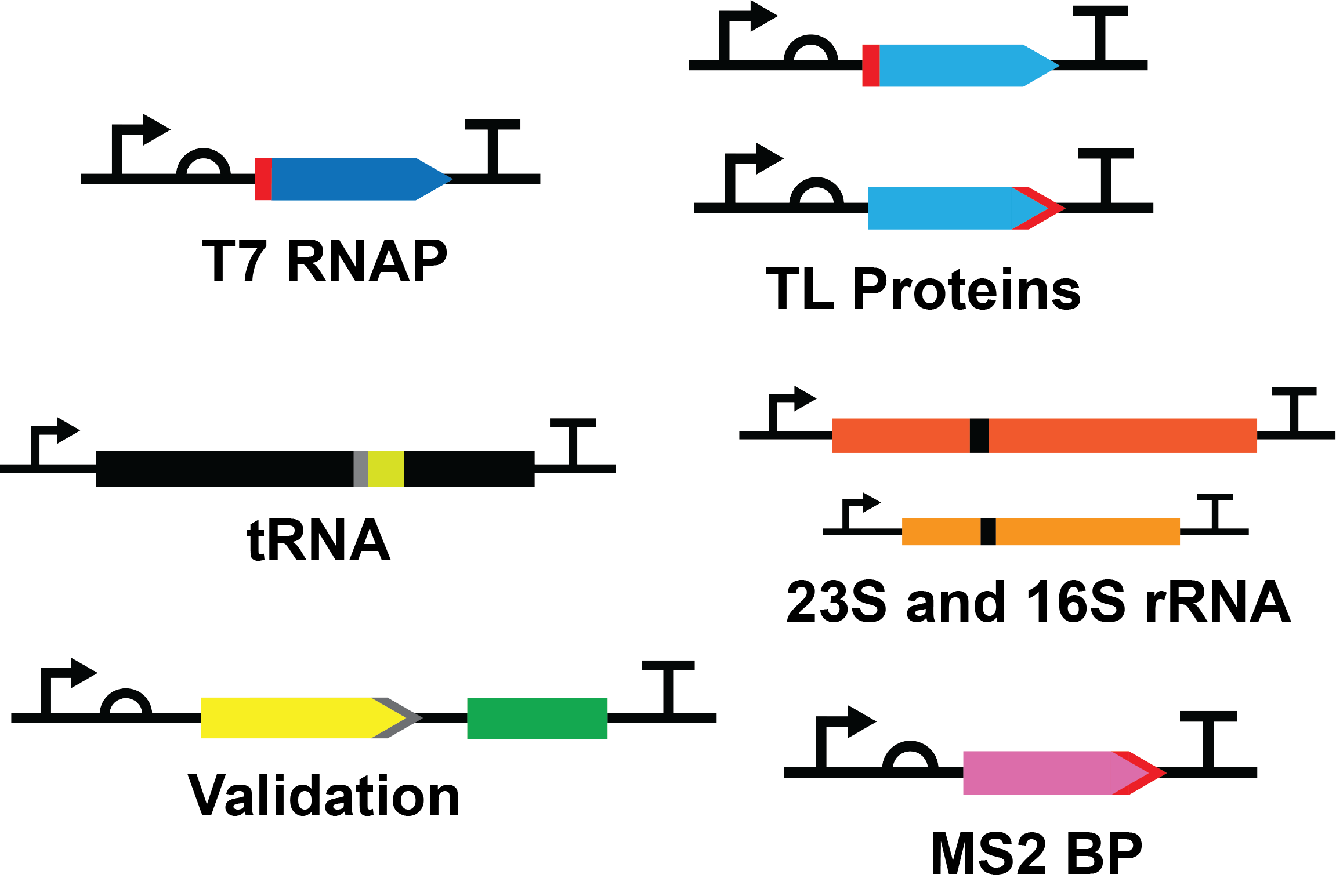 The promoter, RBS and terminator are standard BioBrick parts well characterized in the registry, providing a good starting point for the initial characterization of our system. Each construct was also codon optimized to allow for efficient expression in E. coli.

Transcription and translation factors are expressed with a hexahistidine residue tag to allow for simple purification by Nickel Sepharose affinity chromatography. The hexahistidine tag is encoded at the N- or C-terminus of each gene based on what was previously described in the literature [1]. 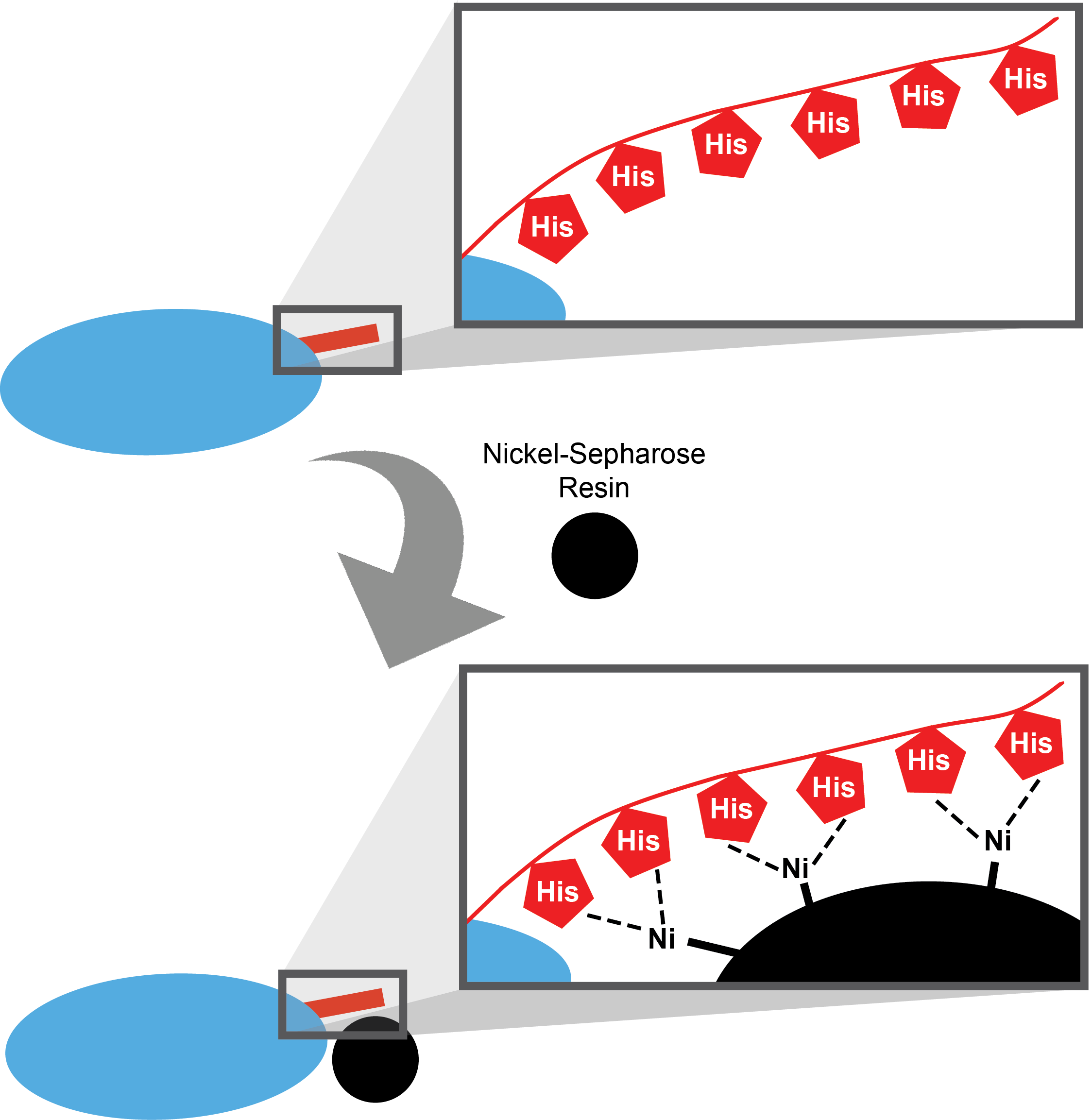 To purify RNA, we take advantage of a previously published purification strategy adapted from the MS2 bacteriophage [2]. It takes advantage of a specific RNA: protein interaction between an RNA hairpin in the MS2 genome and the MS2 coat protein (MS2BP) that forms the viral capsid. The MS2BP has a hexahistidine tag expressed at its C-terminus. This alteration gives the MS2 coat protein dual binding ability. It will have high affinity to Ni2+ as well as to the MS2 hairpin. Thus, tRNA and rRNA expressing an MS2 hairpin can be purified in the same column as the hexahistidine tagged proteins.

We developed a novel purification system based on a general construct, whereby an RNA of interest will be transcribed with a scar and spacer region, acting as an oligo binding site. A DNA oligo can bind to this site resulting in a DNA-RNA hybrid as a target for cleavage by RNase H. This will be followed by two MS2 hairpins, enabling tight binding to the MS2BP for purification. 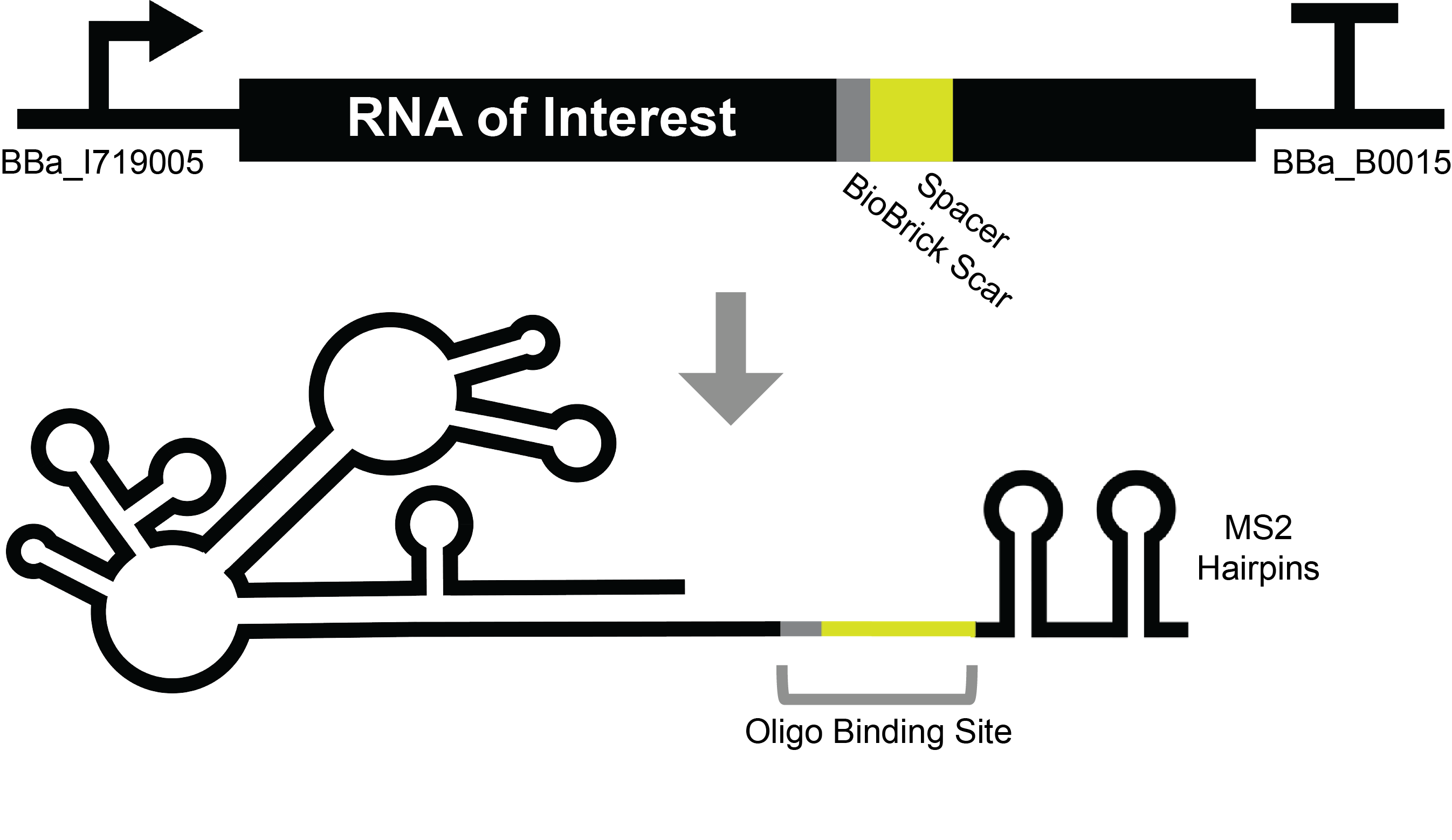 Our system is designed such that all components can be purified at the same time by Nickel Sepharose affinity chromatography! 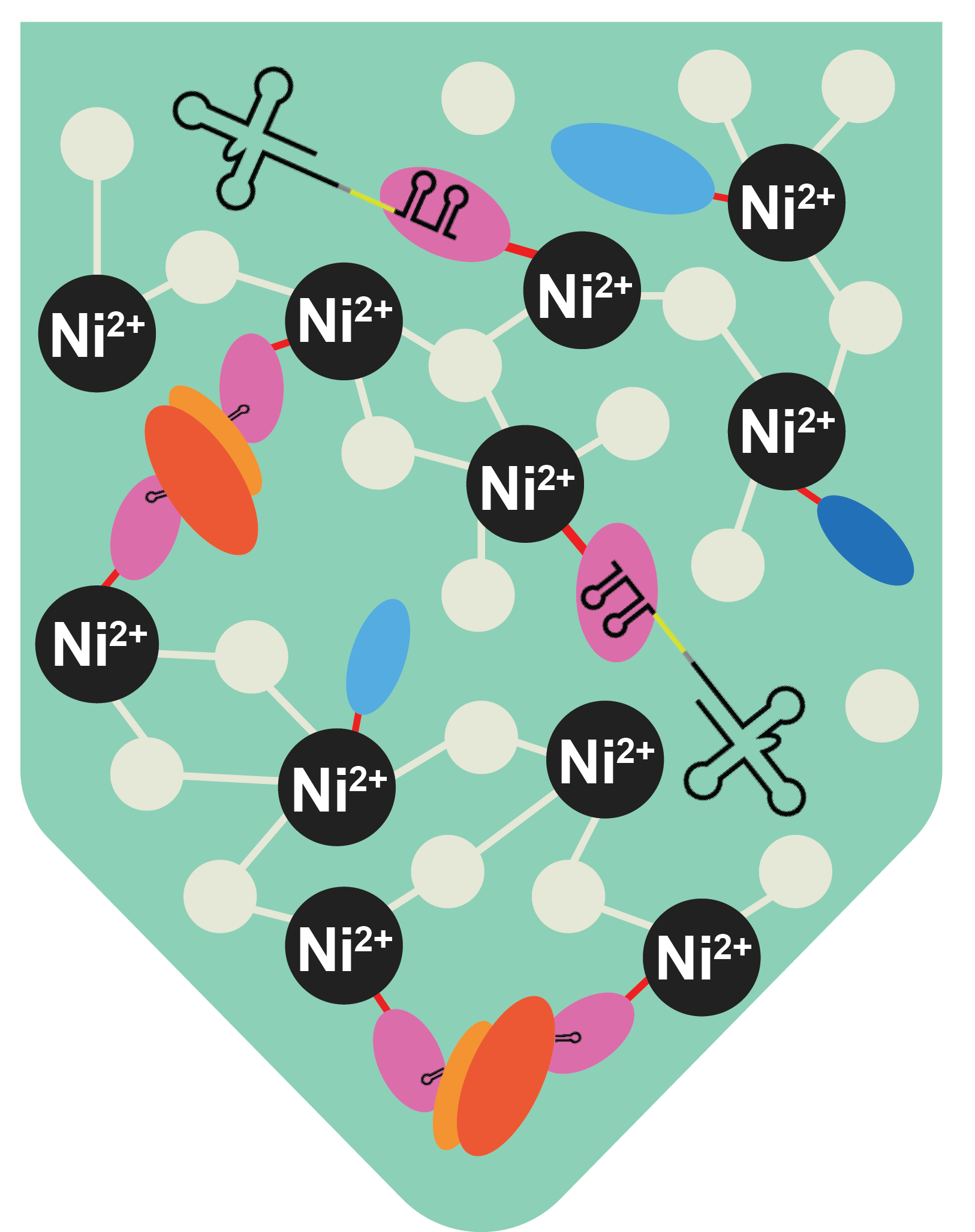 While the TX-TL system consists of 38 proteins, it requires the function of several proteins more than others. For example, the elongation factors (EF-G, EF-Tu, and EF-Ts) are involved in the addition of each amino acid while the release factors (RF1, RF2, RF3) are involved only when translation has reached the stop codon. As such, the TX-TL system requires a higher concentration of the elongation factors relative to the release factors. Overall the concentration difference between all 38 TX-TL components ranges from 6 μg/mL to 1000 μg/mL. Taking this into consideration we devised several strategies for how we would design our constructs and/or expression strategy to ensure that each protein was purified to the proper final concentration. 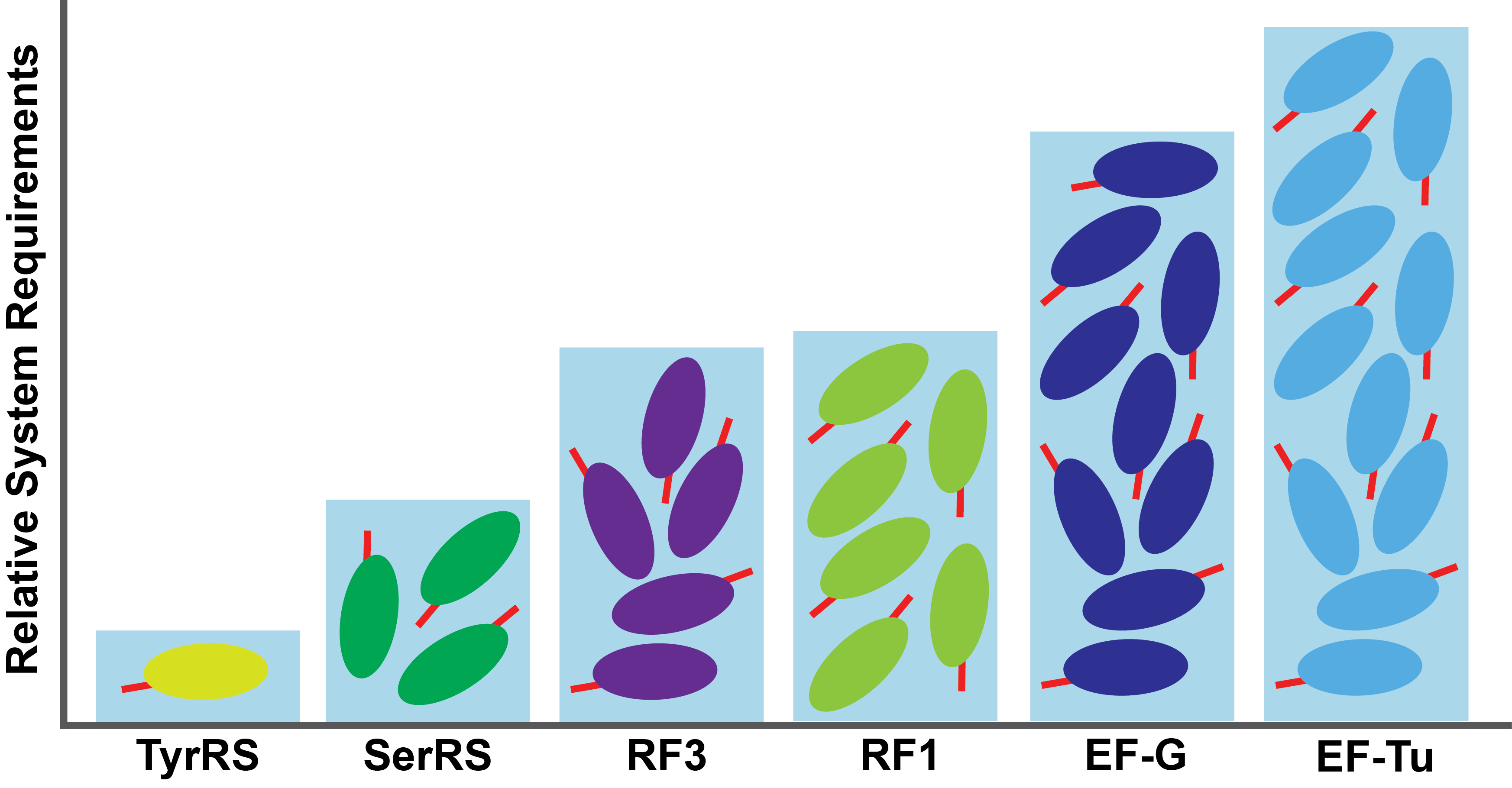 The ideal final design of the Next vivo system was to have each TX-TL component expressed from a single plasmid or bacterial artificial chromosome (BAC) with all genes under different promoters and ribosome binding site combinations. This posed two problems, first that determining which promoter:RBS combination to use would require extensive modeling, and second that creating a plasmid or BAC containing all 38 TX-TL components may not be feasible. A recent publication has shown that expressing all 38 components from a BAC was not feasible, and even expression of the components of three separate plasmids proved difficult [2].

Here we designed a system to purify specific tRNA isoacceptors from cell lysate ensuring a full post-transcriptional modification pattern. To test our RNA purification method we have created a construct encoding for tRNAPhe; an ideal tRNA to use as it has been extensively studied compared to other tRNA molecules. 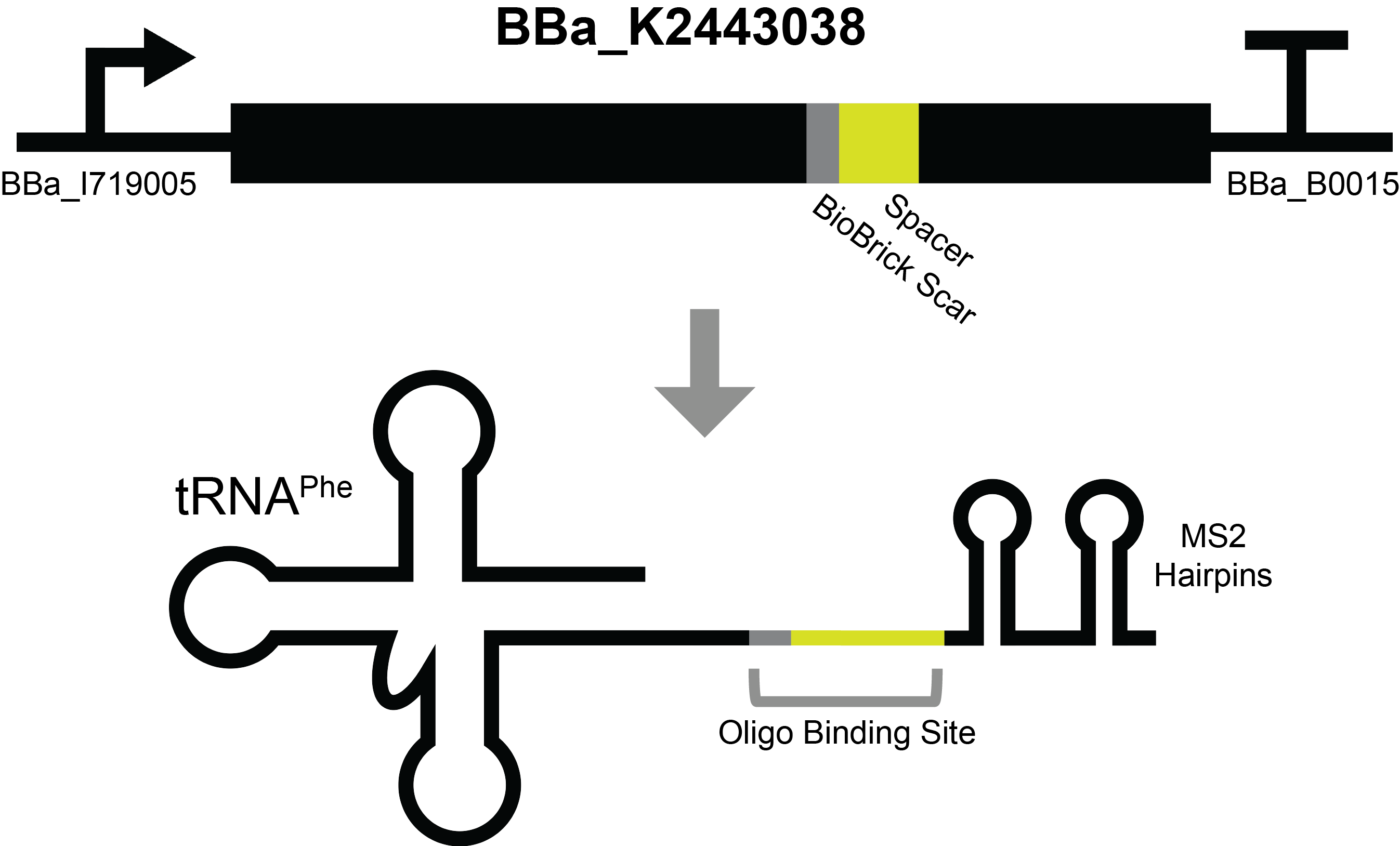 Once cell lysate containing over-expressed tRNA and MS2BP is added to a Ni2+ column, the MS2 hairpins will bind to the MS2BP, which will then bind to Ni2+ with high affinity. A DNA oligo complementary to the spacer and scar will be added and will anneal to this region, resulting in a short DNA-RNA hybrid region. Following oligo binding, RNase H will be added. RNase H will selectively cleave the RNA in this DNA-RNA hybrid. Subsequently, tRNAPhe with the correct 3’ end will be released into solution allowing for the isolation of tRNA from the MS2 hairpins and MS2BP by separating the supernatant from the Ni2+ column. 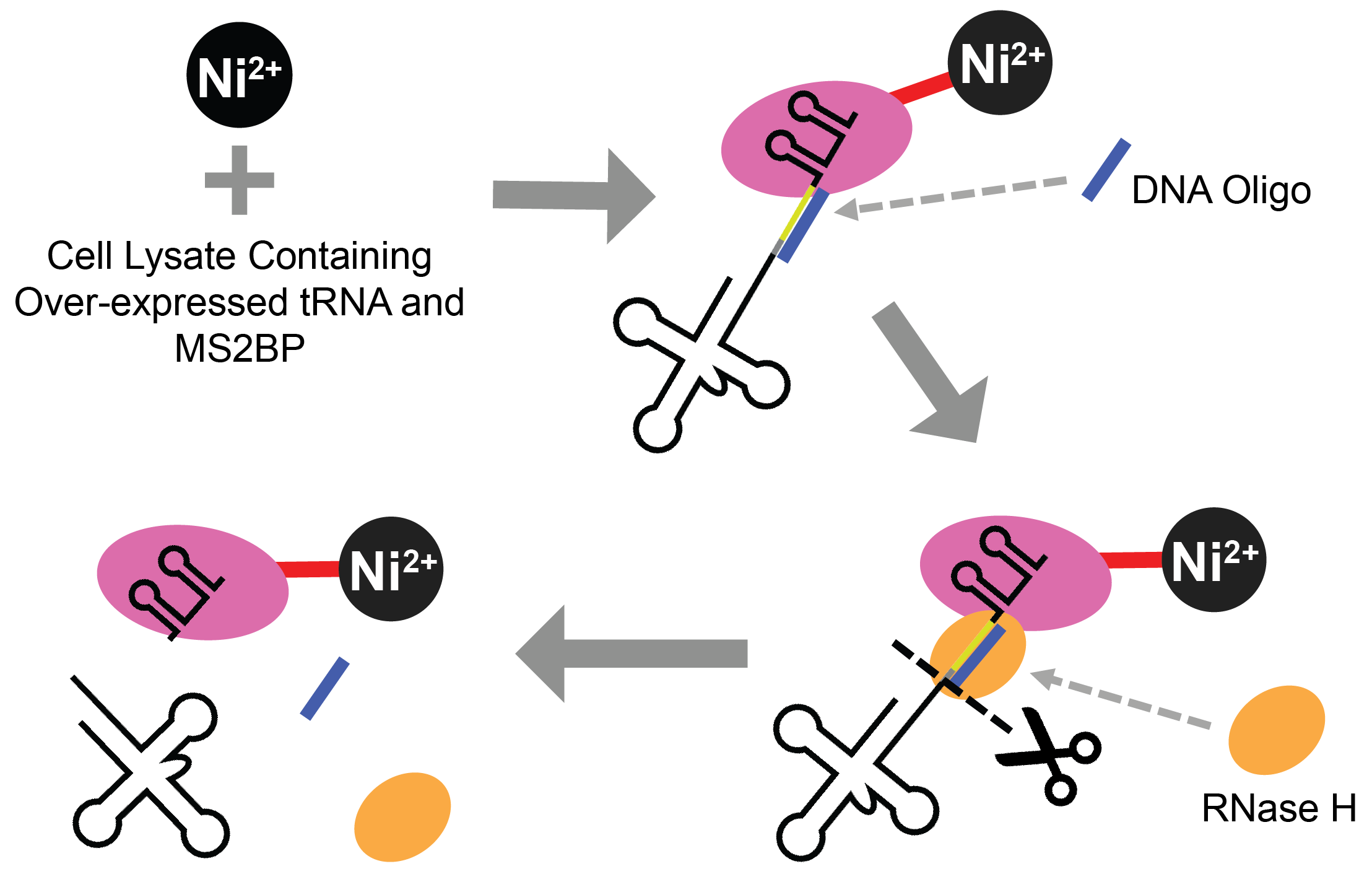 The central component of translation is the ribosome. The ribosome is a large complex comprised of three rRNAs and over 50 proteins in E. coli. As such, it posed a challenge in designing a simple purification strategy. 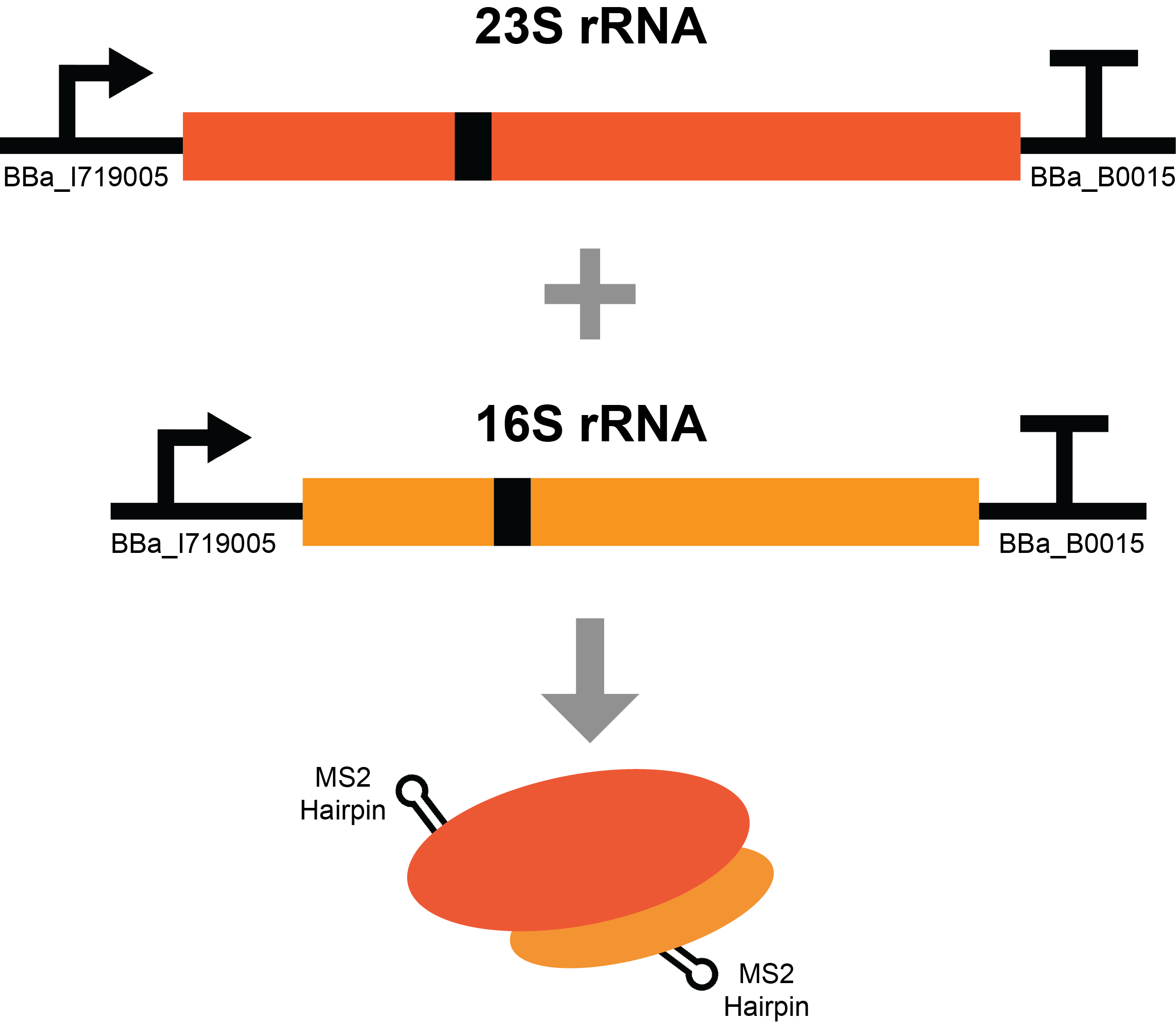 To validate the functionality of our TX-TL system and to provide a measure for Next vivo quality control, an additional construct was designed.

To validate successful transcription, green fluorescence is observed following addition of the fluorophore 3,5-difluoro-4-hydroxybenzylidene imidazolinone (DFHBI), which binds to the spinach aptamer mRNA. 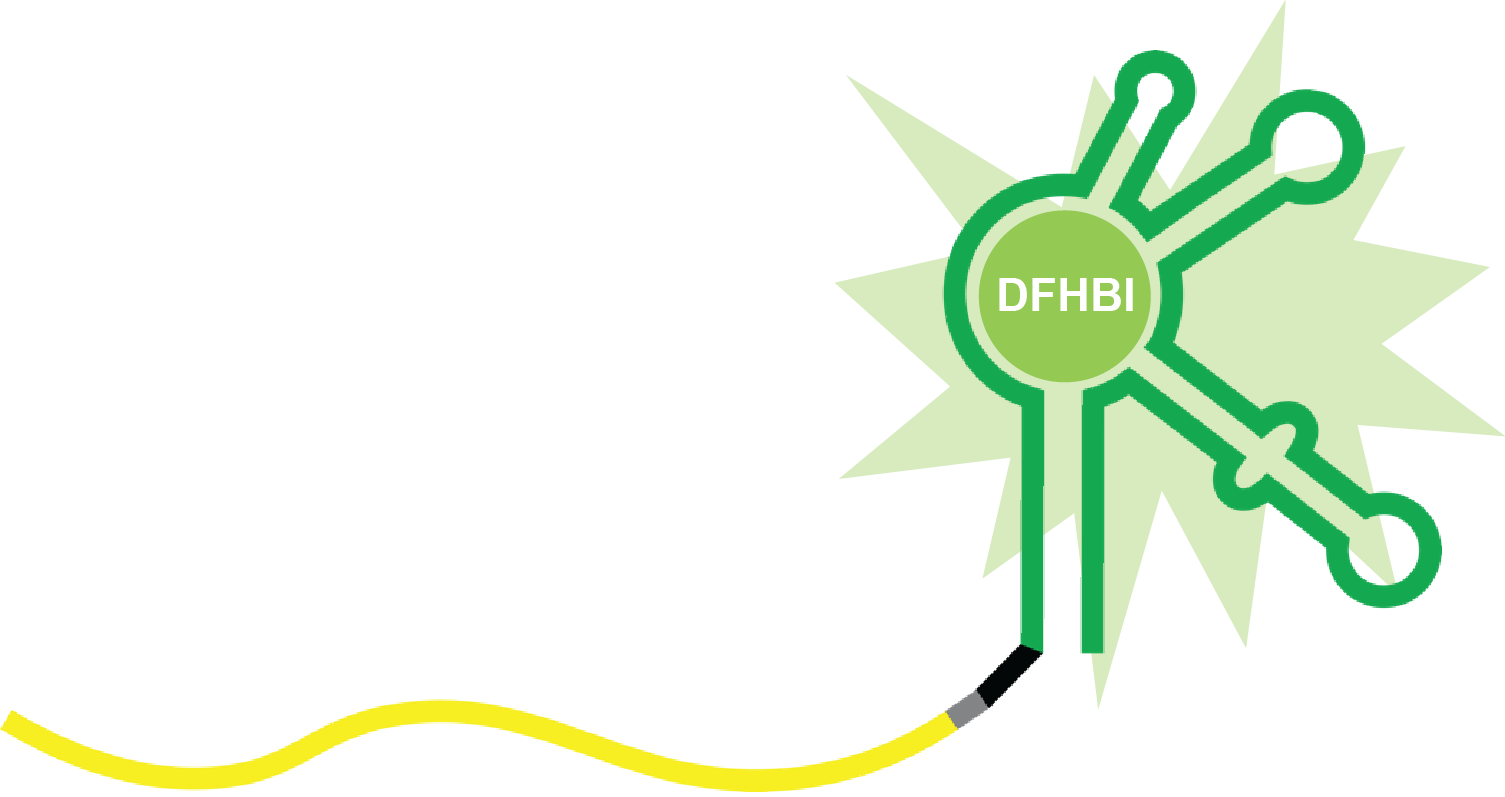 To validate successful translation, yellow fluorescence is observed following expression of EYFP. Additionally, the 3x FLAG tag at the C-terminus of EYFP provides another method of protein quantification via western blot and as an internal size marker control for the expression of any other FLAG tagged protein. 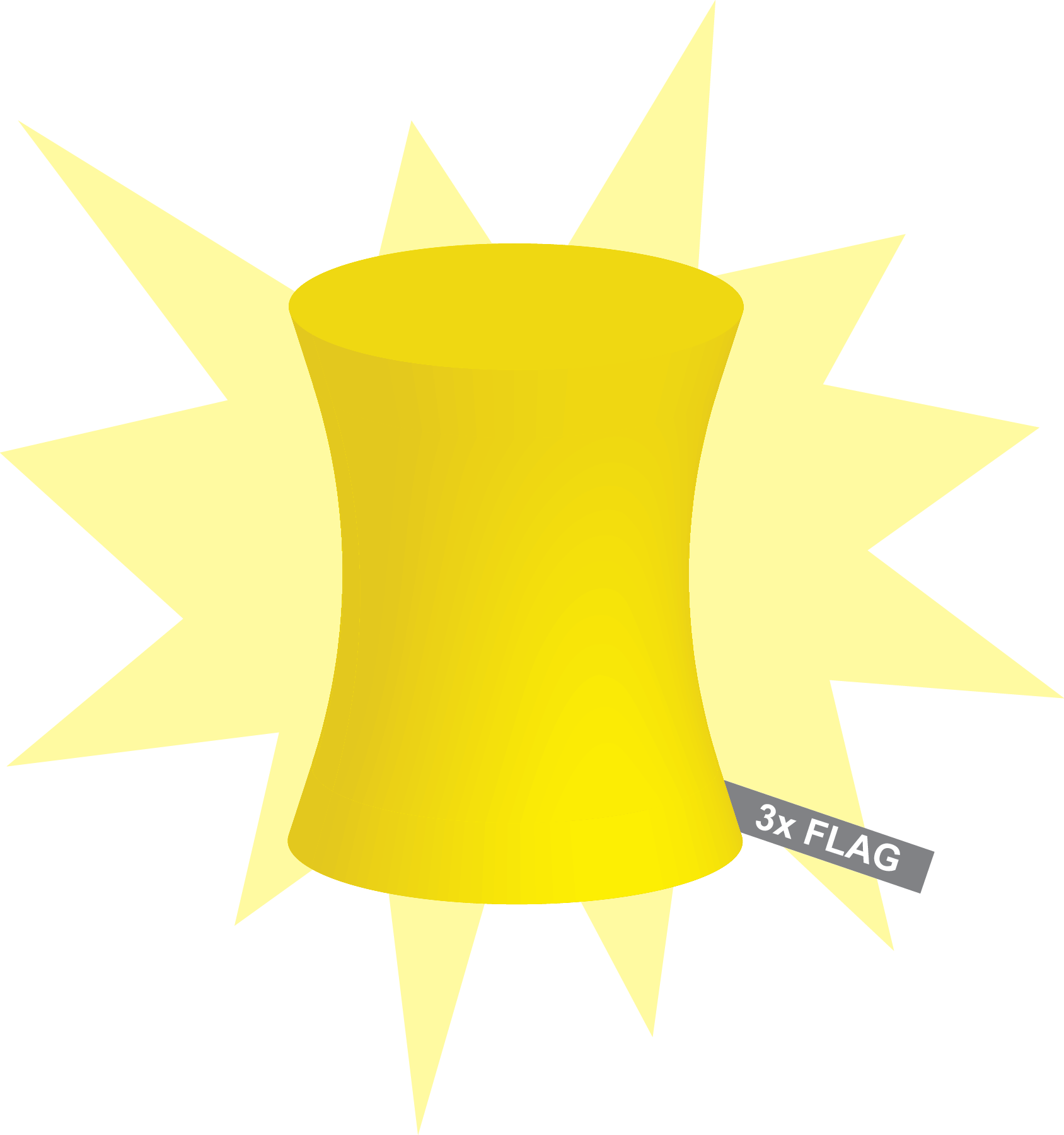 While Next vivo is currently designed for in lab use, we also designed to make it amenable for use outside of the lab where biocontainment becomes a much larger issue. To avoid accidental contamination of the environment, we sought to have Next vivo utilize an orthogonal codon table requiring input sequences specific to this system. This would ensure that if the DNA or RNA input message were to end up in the environment, no organism would be able to properly translate the message into a functional protein. Likewise, any environmental DNA contamination in the Next vivo system would result in a non-functional protein if translated at all. 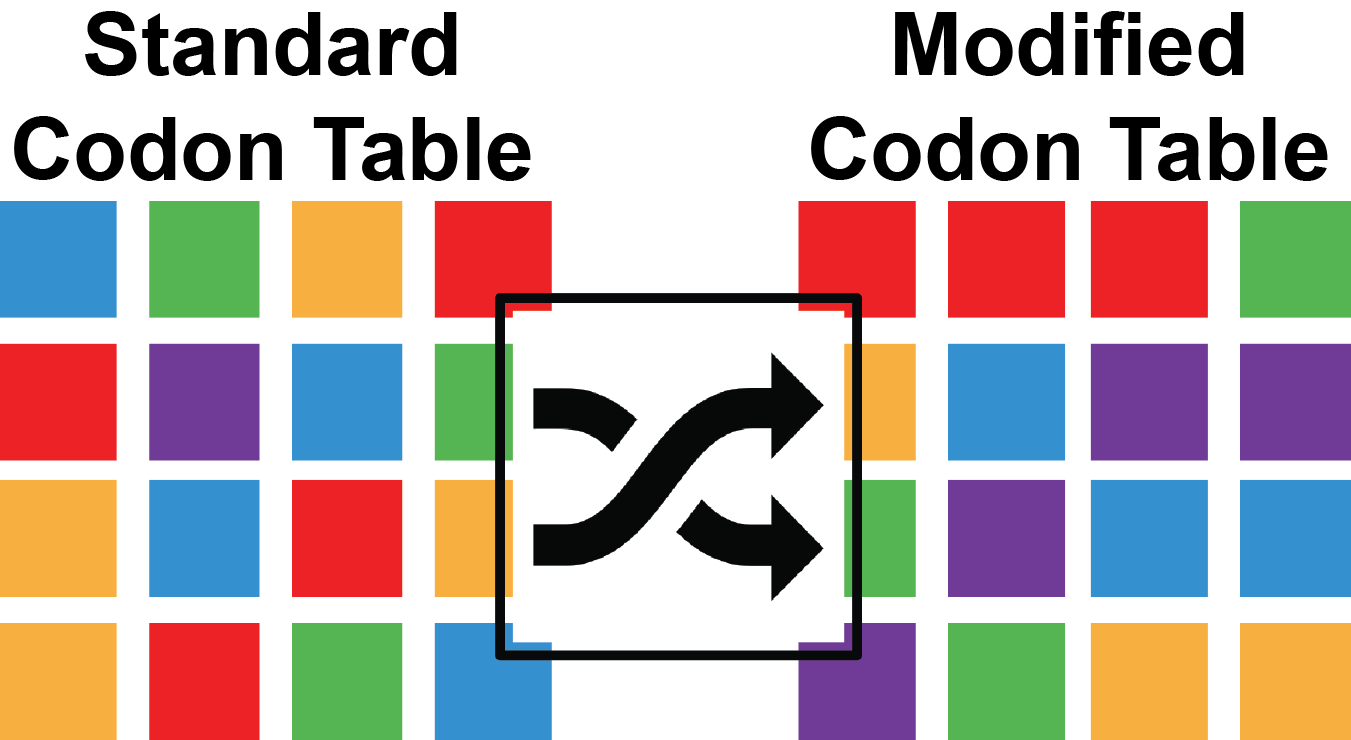 To implement such a feature we aim to change the anticodon sequence of each tRNA encoded in our system to an alternate codon. Thus, upon purification we are left with just an orthogonal anticodon tRNA pool ensuring that the purified Next vivo system requires an orthogonal codon input sequence. Additionally, with all the tRNA encoded on one plasmid, the creation of multiple orthogonal tRNA pools could easily be created [5]. Creating orthogonal codon tables can provide a unique form of biocontainment not easily achievable with living organisms, yet raises some interesting biosafety concerns which we discuss here. 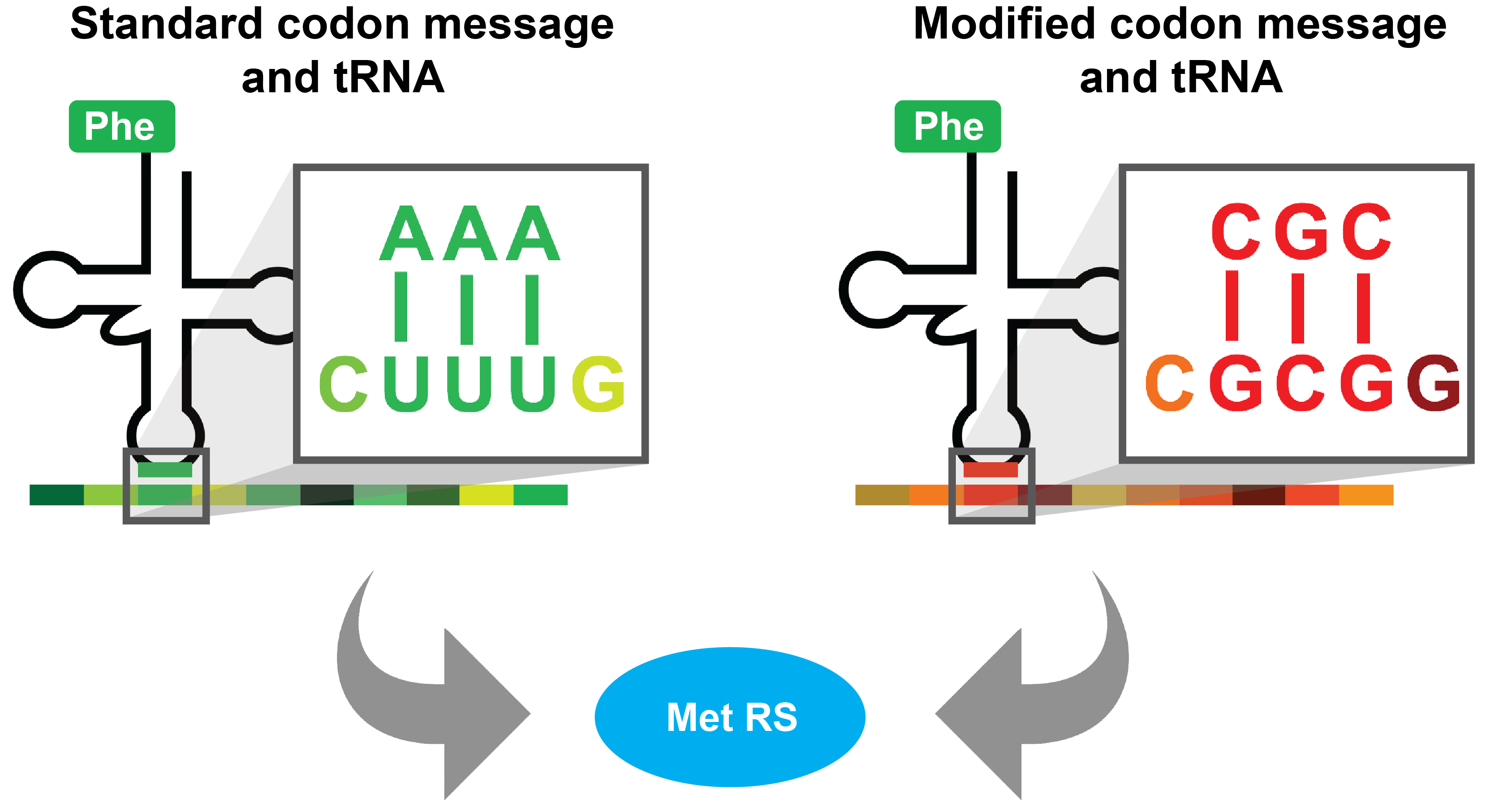 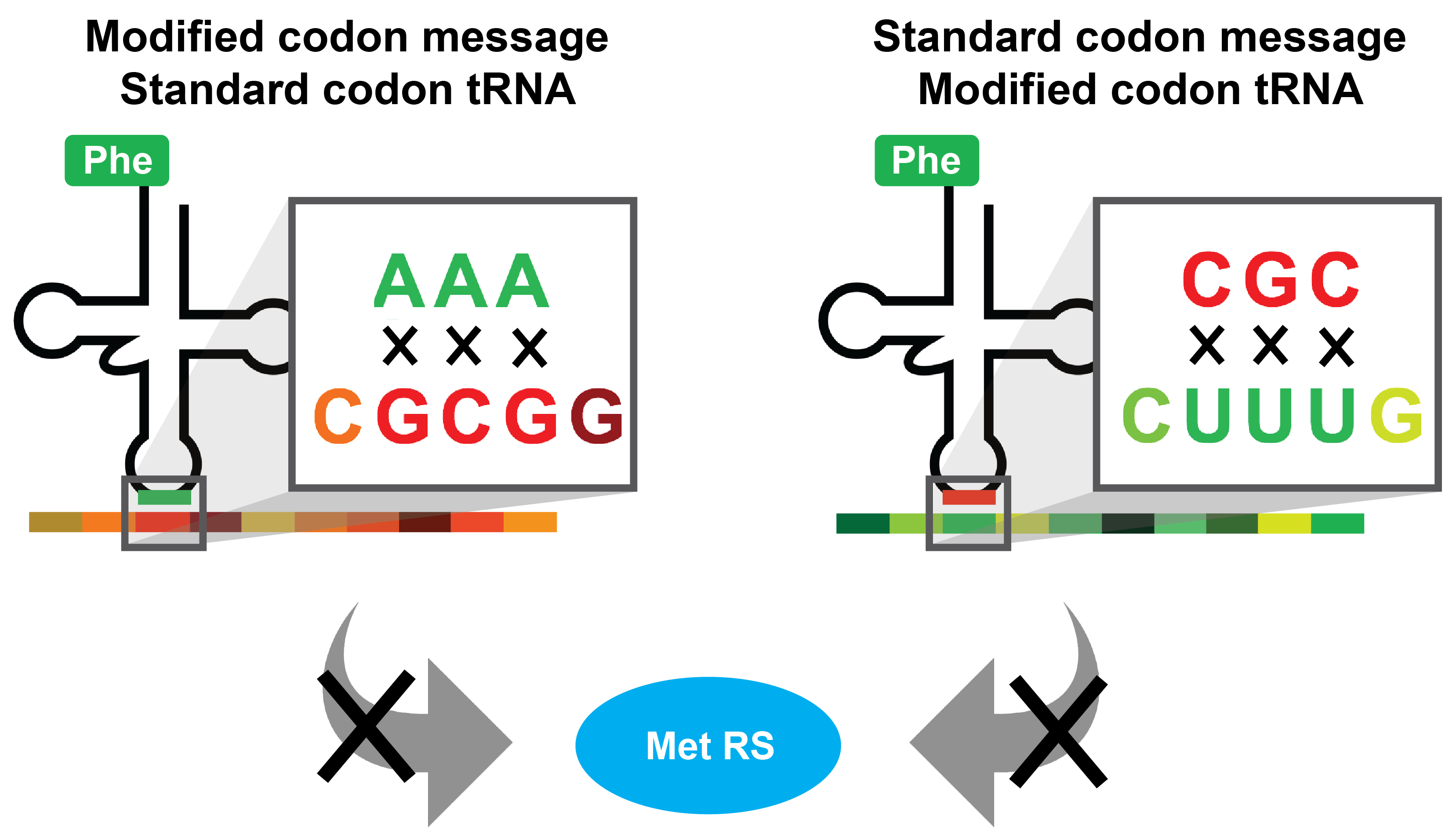 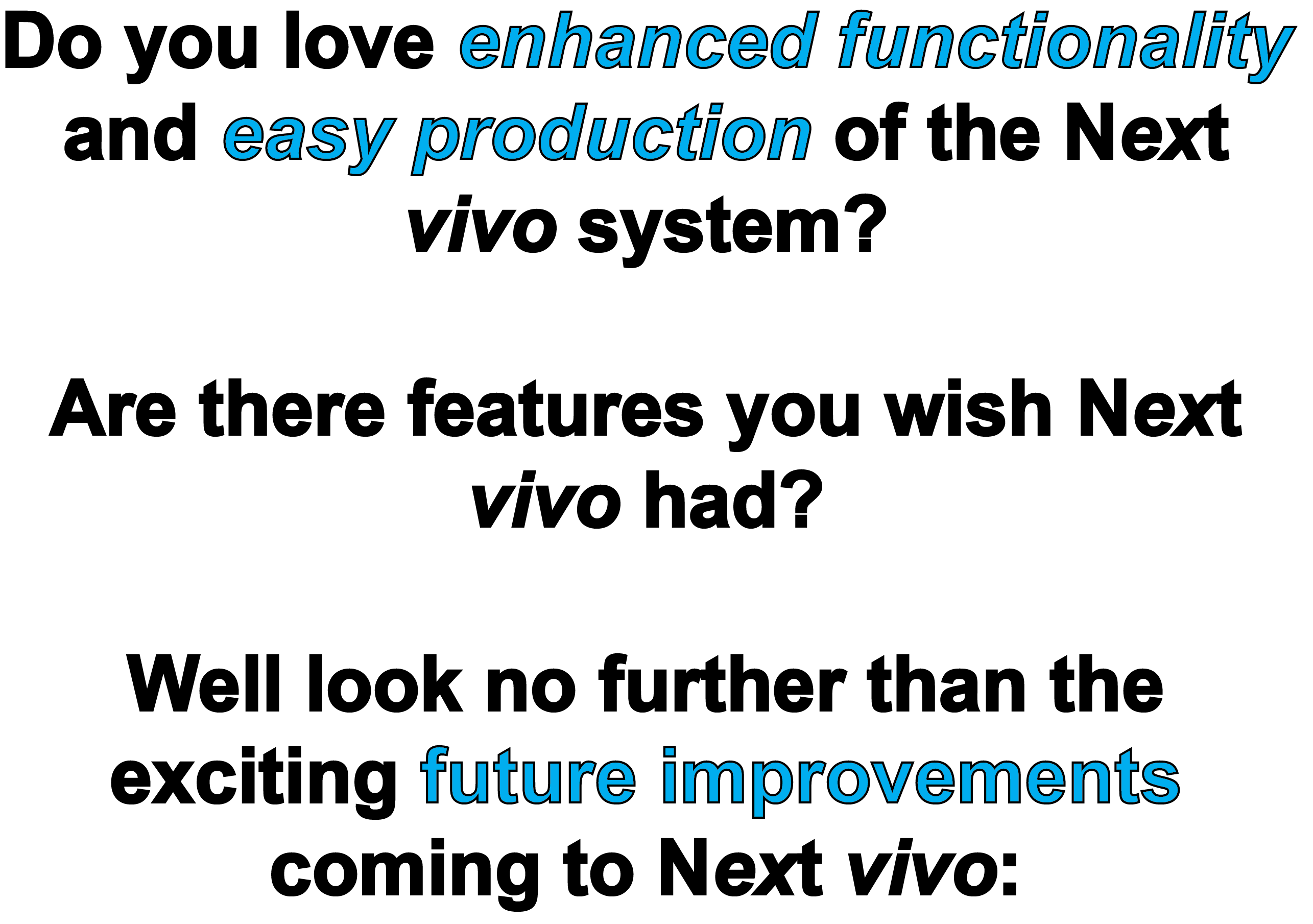 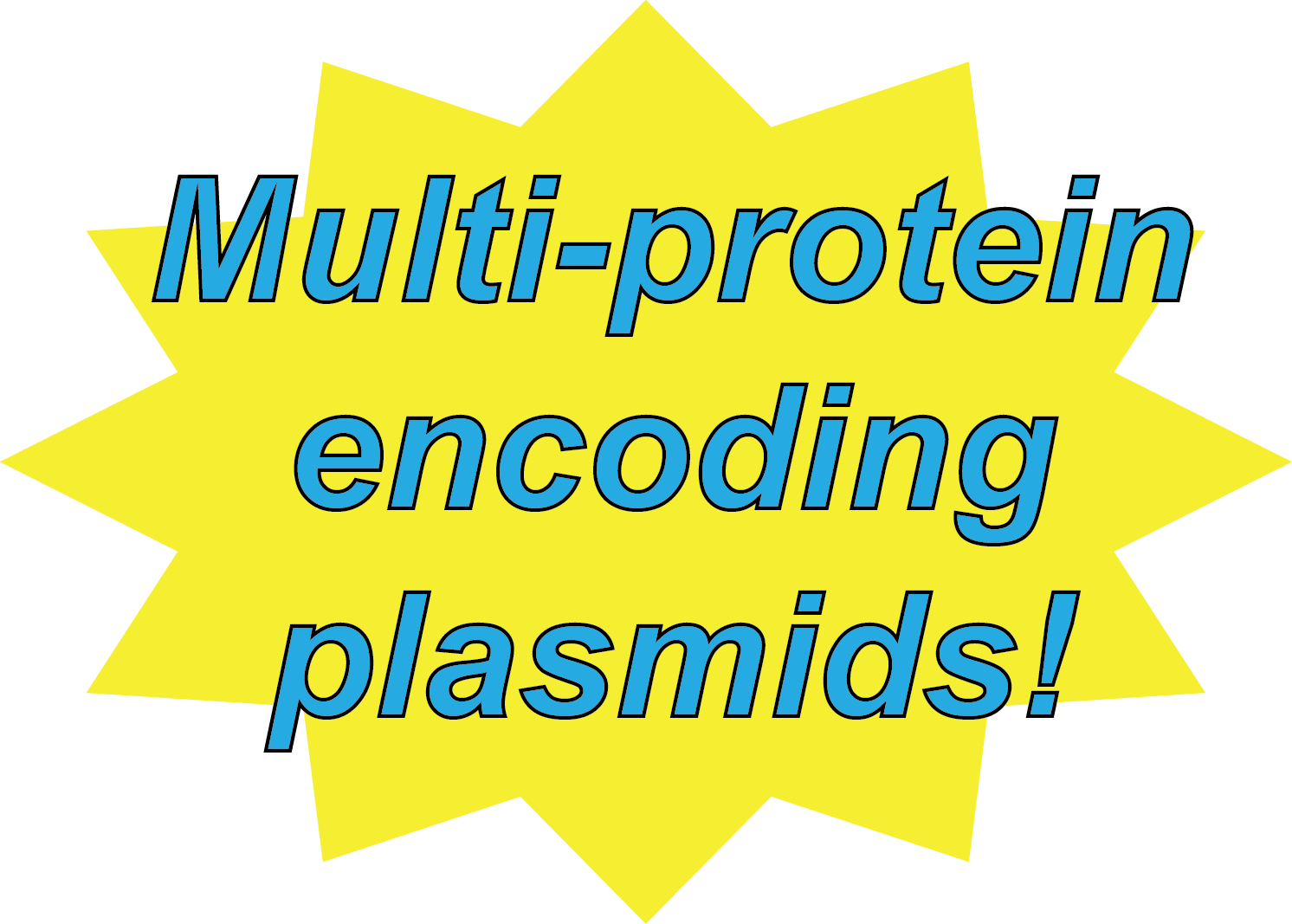 Each plasmid would contain 5-6 genes that are required at similar final concentrations. This enables users to express considerably less cell strains for the production of the Next vivo TX-TL components saving time and resources 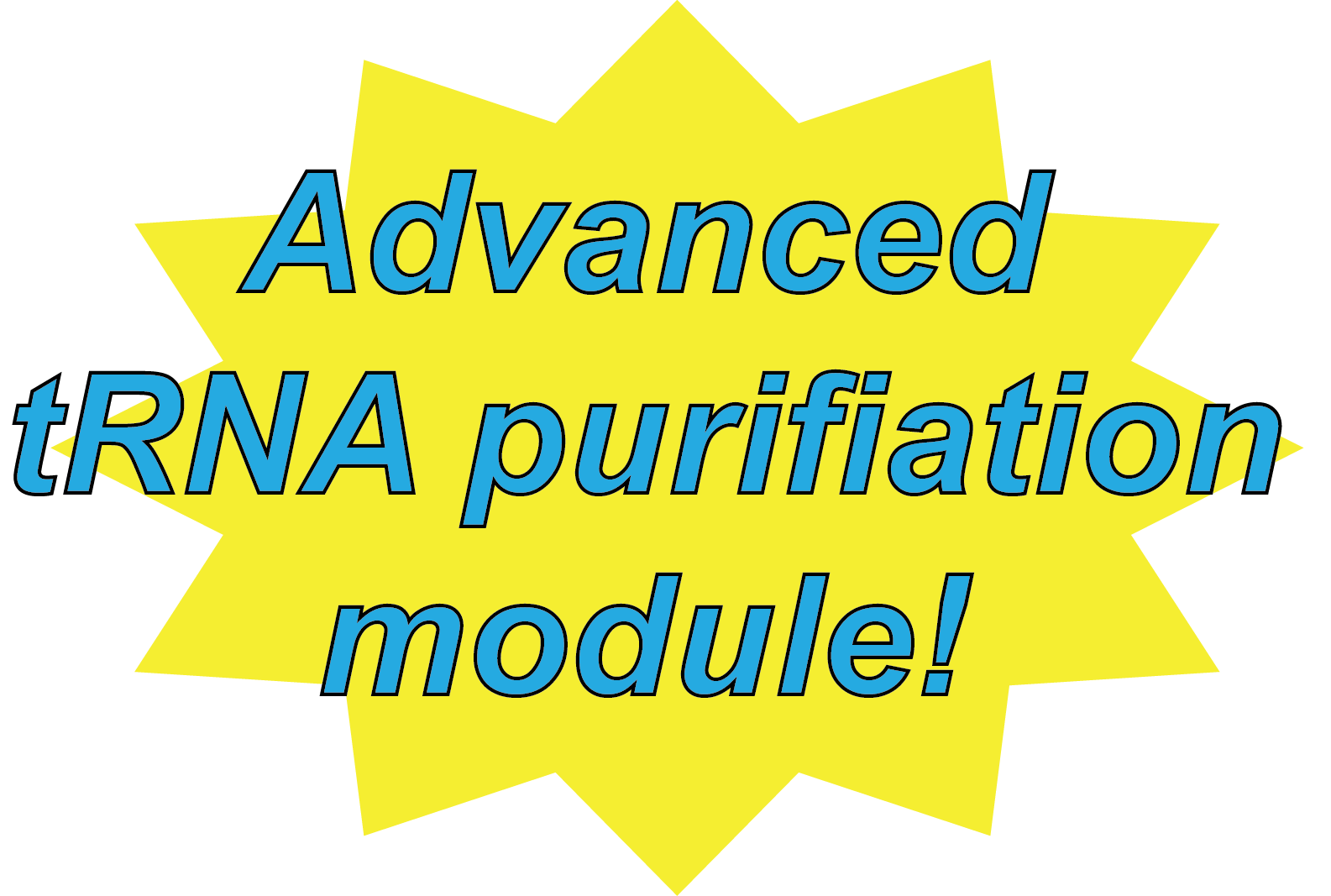 Current tRNA purification design requires additional steps following the Nickel-Sepharose purification. Using a MS2BP-RNase H fusion protein that positions the RNase H near the desired cut-site allows for the tRNA to be eluted by the addition of the DNA oligo making it a one step elution as well. 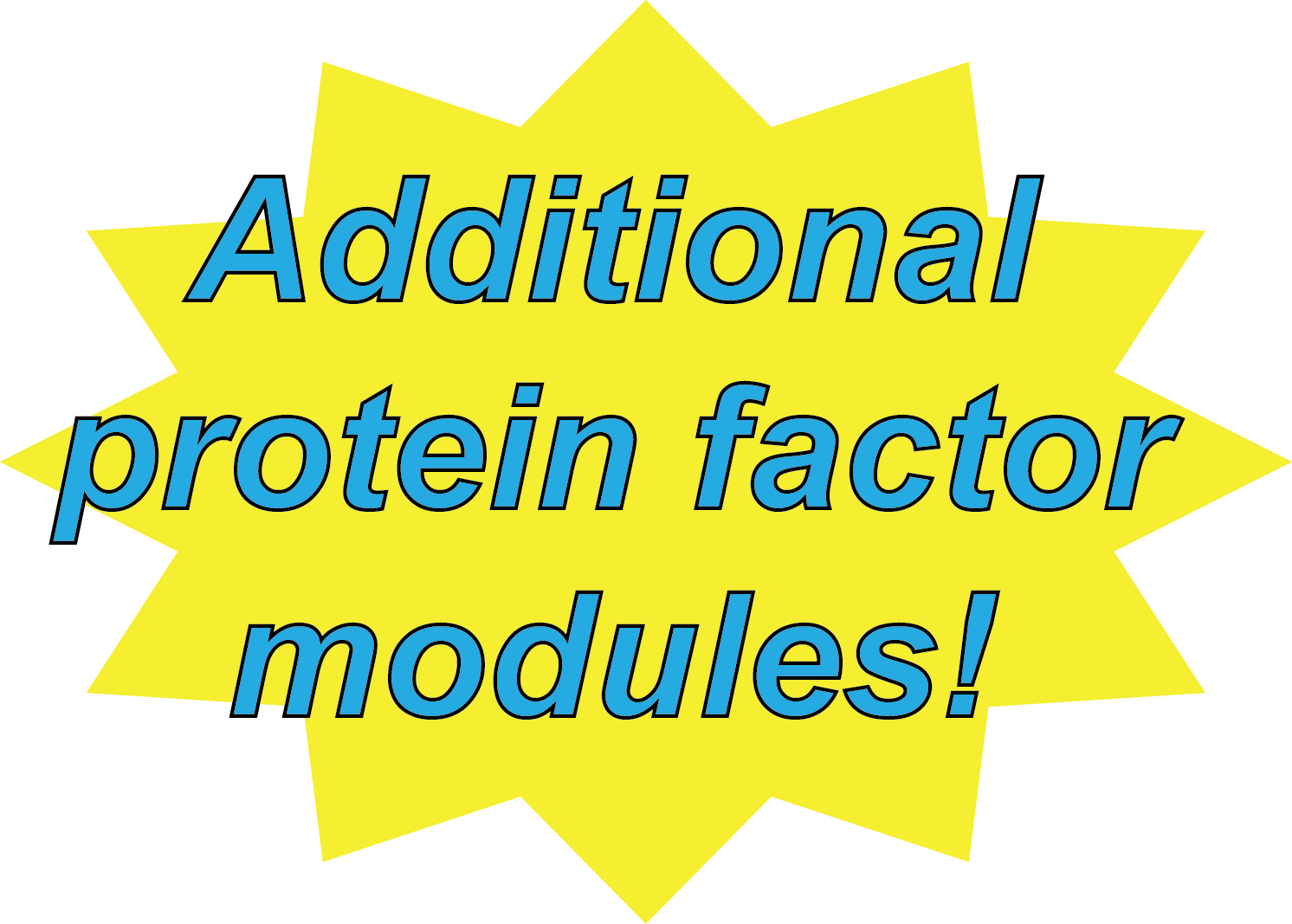 The base Next vivo system provides all the components for basic transcription and translation, but it might not be ideal for those tricky protein or RNA products you want to make. Several additional factor sets can be added to the Next vivo system to facilitate difficult translation processes including: 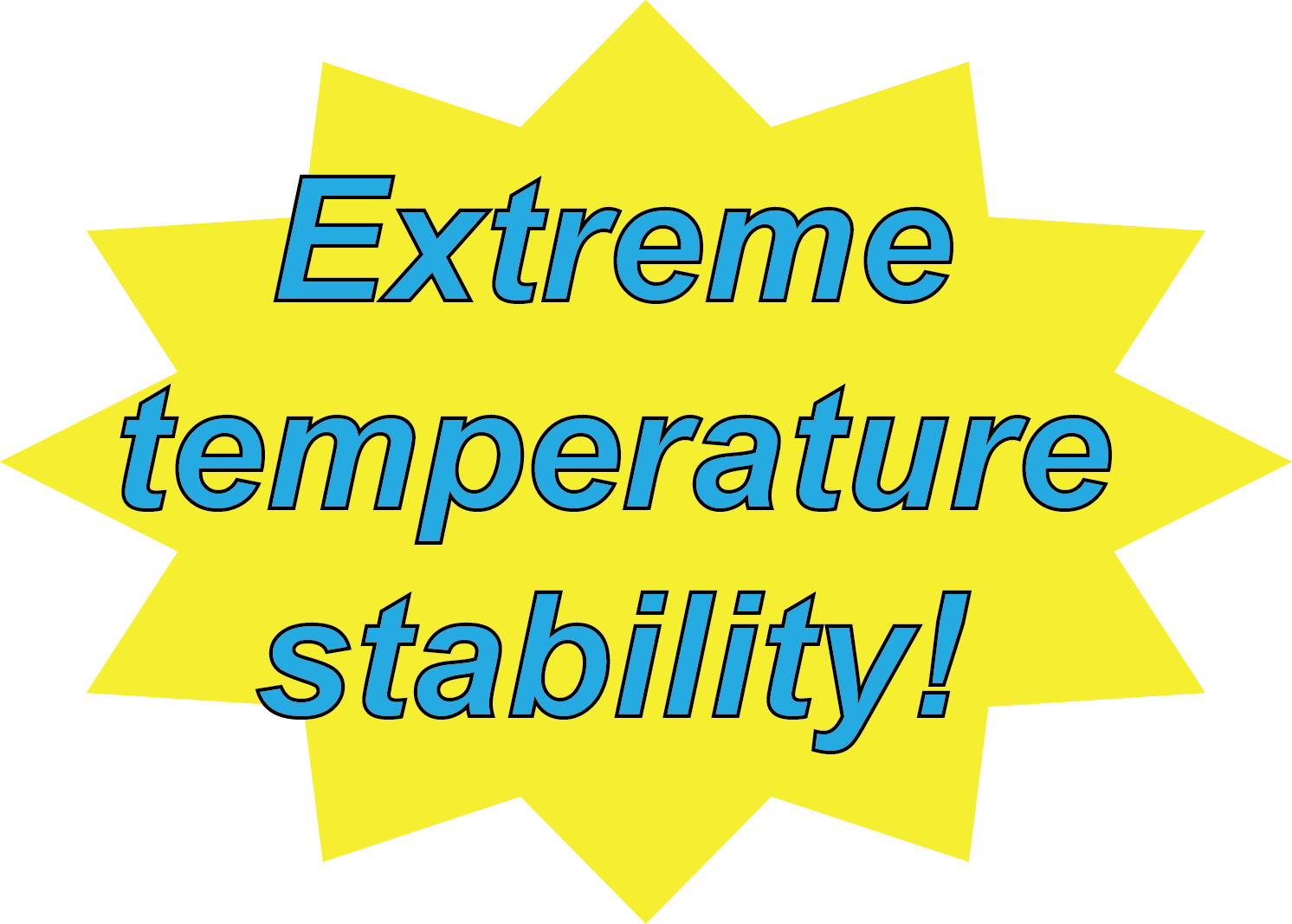 The TX-TL components in the Next vivo system will be replaced with those from two thermophilic organisms allowing TX-TL at higher and lower temperatures with the same level of protein or RNA output!

These Next vivo design features are not currently available but are some of the wild ideas and improvements that we foresee for the Next vivo TX-TL system!