Key. coli provides a new, more secure, form of key for accessing content. It uses random ligations and large repertoires of possible components to generate unique combinations of expression profiles; this next generation biological key could be the next BIG thing in security; watch this space! 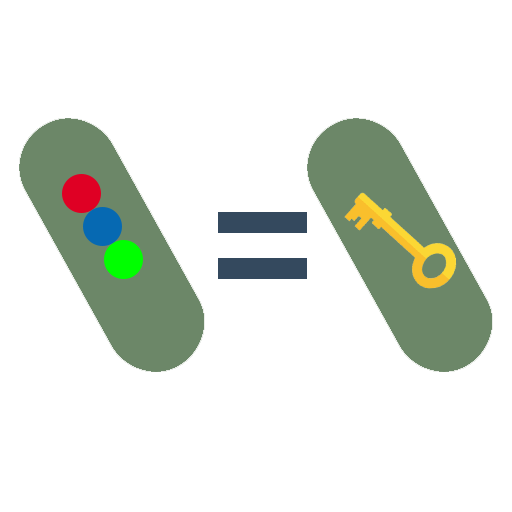 Major hacking incidents are increasingly common, with accounts being hacked and sensitive information stolen. Many companies are moving away from conventional passwords, which are proving to be unreliable in the hands of the public. Banks are now using physical biometric authentication procedures to correctly identify account owners. This new direction opens a market for biological “passwords”. An ideal system would be as separate from online software programs as possible while maintaining the complexity and uniqueness of a biometric system. Cells are effectively living computers, so we can programme cells to act as a changeable biometric password.

A key must be unique, measurable and unpredictable. In Key. coli, all these requirements are achieved by the random generation of modular vectors that are expressed in Escherichia coli to produce a unique and detectable fluorescent pattern. This pattern is obtained when different fluorescent proteins (GFP, RFP, CFP) and various promoters, subjected to transcription interference by dCas9, are randomly combined during ligation and transformed into the cells to generate the key.

Figure 2: Random ligation process and colony picking allows large numbers of plasmid variants to be created for use in keys.


A key transport device, based on freeze-dried Key. coli, allows the bacteria to survive and be transported anywhere with ease. Once entry to a lock is desired, the Key. coli device can be activated, and the output read in a suitable detection device.