We have developed a new way to detect cancer at an early stage by measuring micro-RNAs (miRNAs), biomarkers found in blood. We use toehold switches to regulate expression of GFP in response to specific miRNAs. This method could be applied to a myriad of diseases, but we have chosen to use non-small cell lung cancer (NSCLC) as a proof of concept. We hope our work in NSCLC detection demonstrates the potential that toehold switches have to offer as a cheap and effective diagnostic tool.

Biomarkers in the blood

Abnormal levels of miRNAs miR-15b-5p and miR-27b-3p in blood serum are indicative of NSCLC.[1]

We designed two sequence-specific sensors that use synthetic riboregulators called toehold switches to detect miR-15b-5p and miR-27b-3p. They work by regulating the expression of fluorescent reporter proteins in the presence of these specific miRNAs. Our sensors work in a cell-free system, allowing them to be used safely and in a low-tech environment.

Lung cancer is the most common cause of cancer-related mortality, with 1.6 million deaths in 2012. That’s 20% of all reported deaths due to cancer. Non-small cell lung cancer (NSCLC) makes up ~80% of all incidences of lung cancer.[2] 58% of all cases in 2012 were reported in less developed countries.[3]

NSCLC is aggressive and pathologically diverse.[4] NSCLC commonly presents with a cough, haemoptysis and the symptoms of metastatic disease such as bone pain or jaundice. Only a minority of patients present with operable tumors; in most cases patients have advanced stage cancer and treatment is with palliative intent.[5] Treatment centers around chemotherapy and radiotherapy, but new treatments show promise including immunotherapies.[6][2]

About 90% of lung cancers are caused by smoking and as smoking rates have declined, there has been a corresponding reduction in the incidence of lung cancers.[7] However, nearly 30% of the global population are still estimated to smoke.[8]

NSCLC’s high mortality rate is largely down to the late stage at which it’s normally diagnosed.[10] After metastasis, any treatment therefore is with palliative intent. However, surgery can be curative in early stages. [11][12]

MicroRNAs (miRNAs) can act as potent biomarkers for a myriad of diseases.

MiRNAs are short non-coding RNAs of 19-24 nucleotides in length. They are involved in regulating post-transcriptional gene expression in eukaryotes.[13][14][15] MiRNAs can be found extracellularly in various body fluids, including serum[16][1], plasma[17], saliva[18], urine[19] and breast milk[20].

It has been hypothesized that cells actively secrete miRNAs in microvesicles or bound to RNA binding proteins.[21] These shield the circulating miRNAs from ribonucleases[21] and are capable of delivering miRNAs to recipient cells.[22][23][20] These miRNAs can then trigger signaling events, indicating that circulating miRNAs play a role in cell-to-cell communication.[23][20][24]

Recent studies have shown that differential levels of miRNAs in body fluids are indicative of specific diseases, including many forms of cancer.[1][17][19][25] MiRNA stability, accessibility by non-invasive methods (liquid biopsy) and their ability to diagnose diseases in early stages give circulating miRNAs the potential to be effective biomarkers.[26]

Currently, microarrays and qPCR are typically used to quantify circulating miRNAs. However, qPCR is labour intensive, whilst microarrays suffer from cross-hybridisation and inconsistent results.[27][28]

Most current biomarkers are proteins, however there are numerous challenges to identifying new protein markers. These include the difficulties in developing suitably specific detection agents, the variety of post-translational modifications and the lack of proteins of interest in the blood.

MiRNAs are stable, tissue or stage specific biomarkers which have great potential for effective clinical use.[26]

Toehold switches are synthetic riboregulators that control gene expression post transcriptionally. They are hairpin loops found at the 5’ end of messenger RNA that can switch between two configurations - one which promotes and one which represses translation based on the presence or absence of a trigger RNA. Toehold switches have much greater possible dynamic ranges than previous riboregulators.

Initially the start codon is surrounded by a strong secondary structure - the hairpin stem. As the ribosome cannot melt the stem, translation of a fluorescent reporter protein coding sequence is repressed.

When a trigger RNA binds to the toehold region (a linear sequence at the 5’ end of the switch) it undergoes a branch migration with the lower part of the stem. This relieves the secondary structure around the start codon. The ribosome bound to the RBS can then melt the remaining stem

This activates translation and fluorescence from the reporter protein can be observed.

We used toehold switches to detect miRNAs, as they have very few sequence constraints so an arbitrary RNA sequence can act as the trigger RNA. As such, toehold switch mediated miRNA detection could act as a ubiquitous mechanism, capable of detecting any miRNA sequence for any disease.

The large dynamic range offered by toehold switches allows for low miRNAs concentrations to be detected and for discrimination of small differences in miRNA concentration.

For NSCLC, miRNAs extracted from blood serum would be added to a cell free system containing an excess of toehold switches. These toehold switches detect a specific miRNA and regulate translation of GFP in response. The intensity of fluorescence produced by our circuits is therefore indicative of the miRNA levels in the body fluid.

We’ve looked in great detail into how our sensor would be used in a clinical setting as part of our human practices work. We spoke to several doctors as part of our integrated human practices and developed a strategy for how our test could be used in screening programmes for NSCLC. Additionally, we have improved the specificity of our sensor on their advice. We have also identified other diseases which our sensor could potentially detect and researched how our method would be beneficial.

Our cost analysis shows our system would cost less than £20 per test. To prove screening with our test would be cost-effective, we created a cost model. The cost model takes into account the probabilities of different risk groups having cancer, the test’s false positive and negative rates, and the cost of treatment.

To help reduce costs, we designed and built a £4 combined fluorometer and densitometer to cheaply quantify the fluorescence from our circuit without a plate reader. This allows our test to be used in the field and in less developed countries. To complement the hardware we developed an application to interpret the readings, so the device can be used on most laptops, tablets and even phones.

Oh, and for those curious, Project BATMAN stands for Biosynthetic Applications of Toehold switches, MiRNA And NSCLC. And yes, we know the ‘A’ stands for ‘and’, while the ‘N’ stands for ‘non-small cell lung cancer’, but we were really determined to shoehorn in an acronym.

To learn more about the different aspects of our project check out the links below. 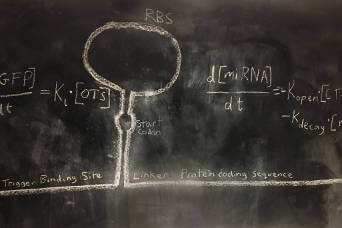 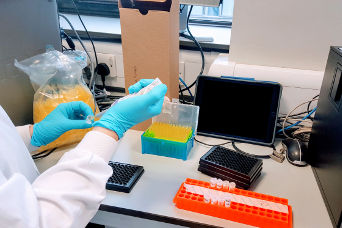 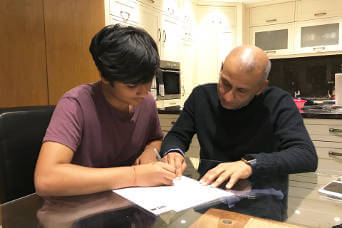 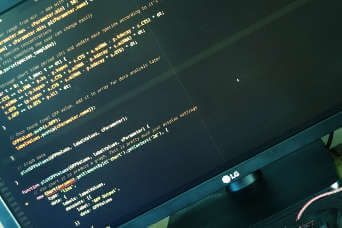 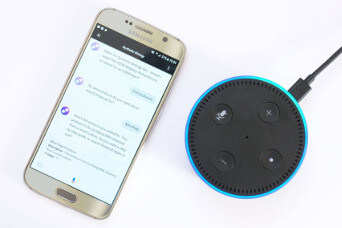 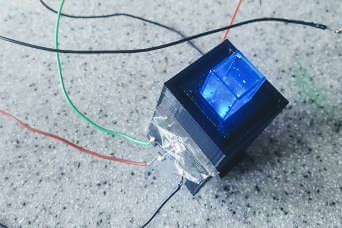 To judges: we strongly recommend you read the key papers on our judging page first to save time.