In our project, we view a single recombinase and a pair of its target site as a functional unit for building dynamic switches. With this concept in mind, we designed more sophisticated composite parts such as the measurement devices, gene randomizer, logic gates, and pulse generator.

To quantify orthogonality and recombination efficiency, we have designed simple measurement devices to characterize our basic parts – the five recombinases (Cre, Dre, VCre, SCre, Vika) and their target sites (LoxP, Rox, Vlox, Slox, Vox). They are a set of fifteen biobricks that have a target sites-flanked transcriptional terminator inserted between a constitutive promoter and a RFP:

Thus, when recombination occurred, the transcriptional terminator was, expressing the RFP. We propose to use this set of device and our protocol for standardized measurement of recombination progression using plate reader. In addition to this, the measurement devices also demonstrate the ability of recombinases to act as a molecular switch, as shown below: 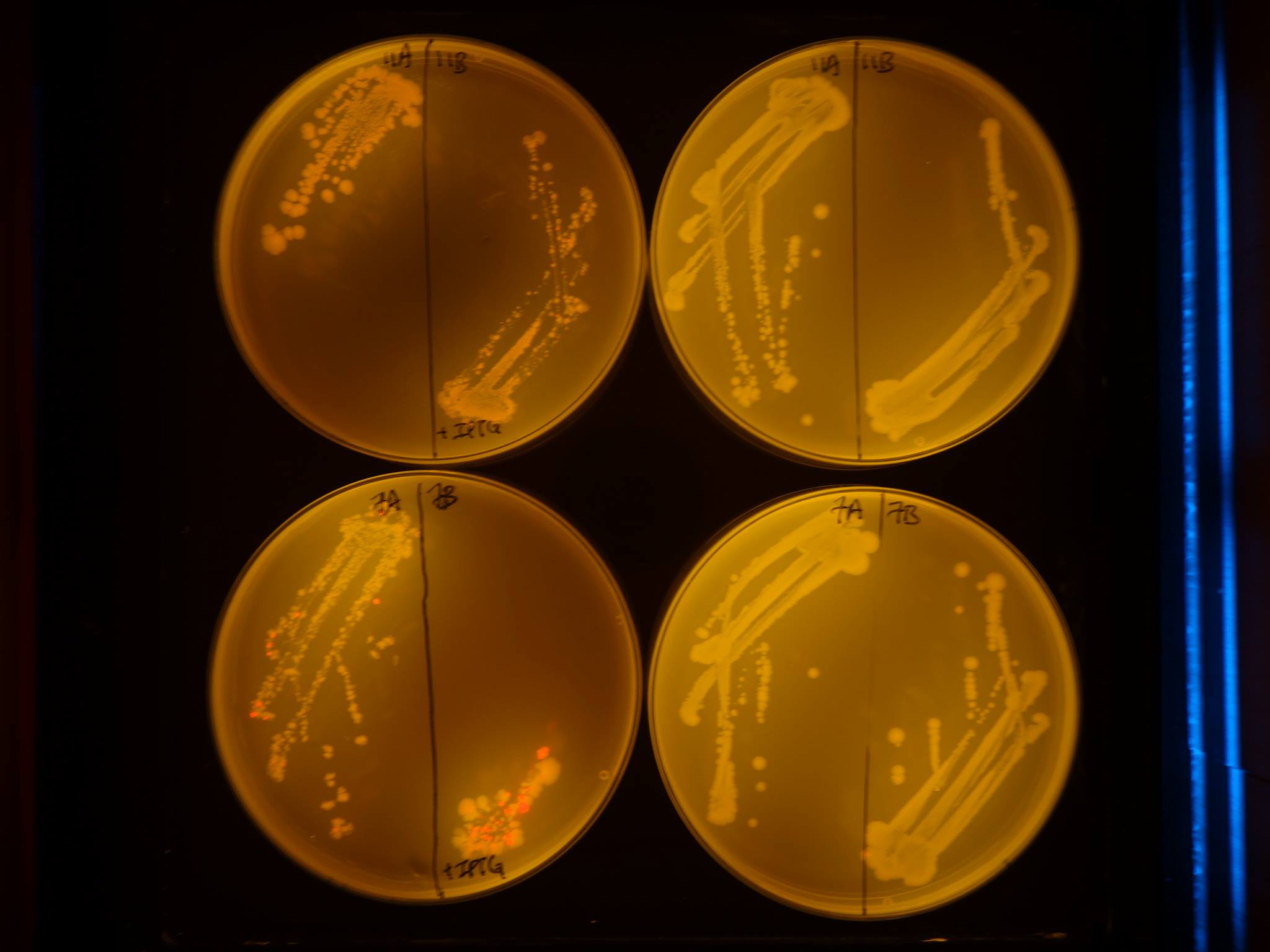 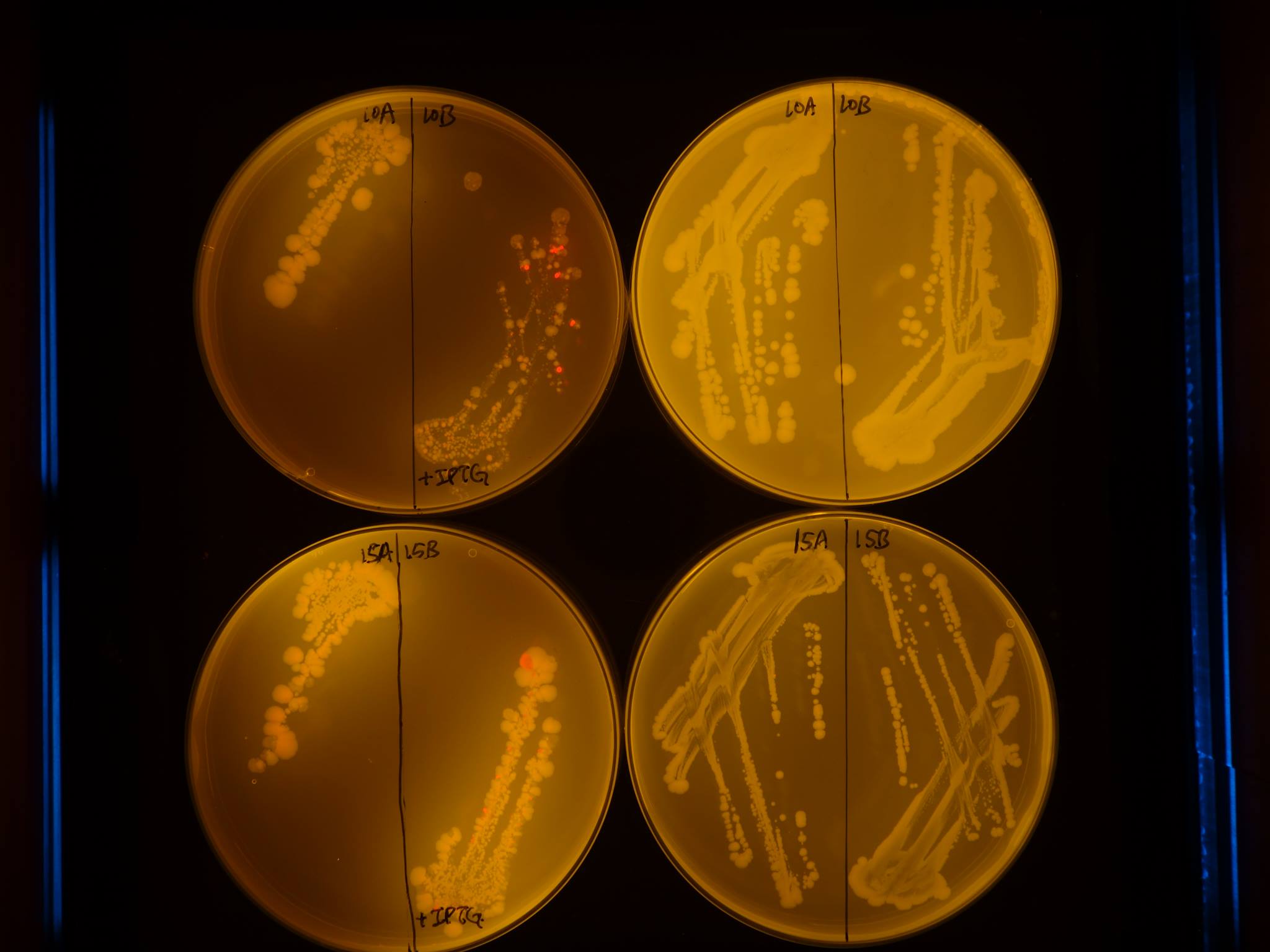 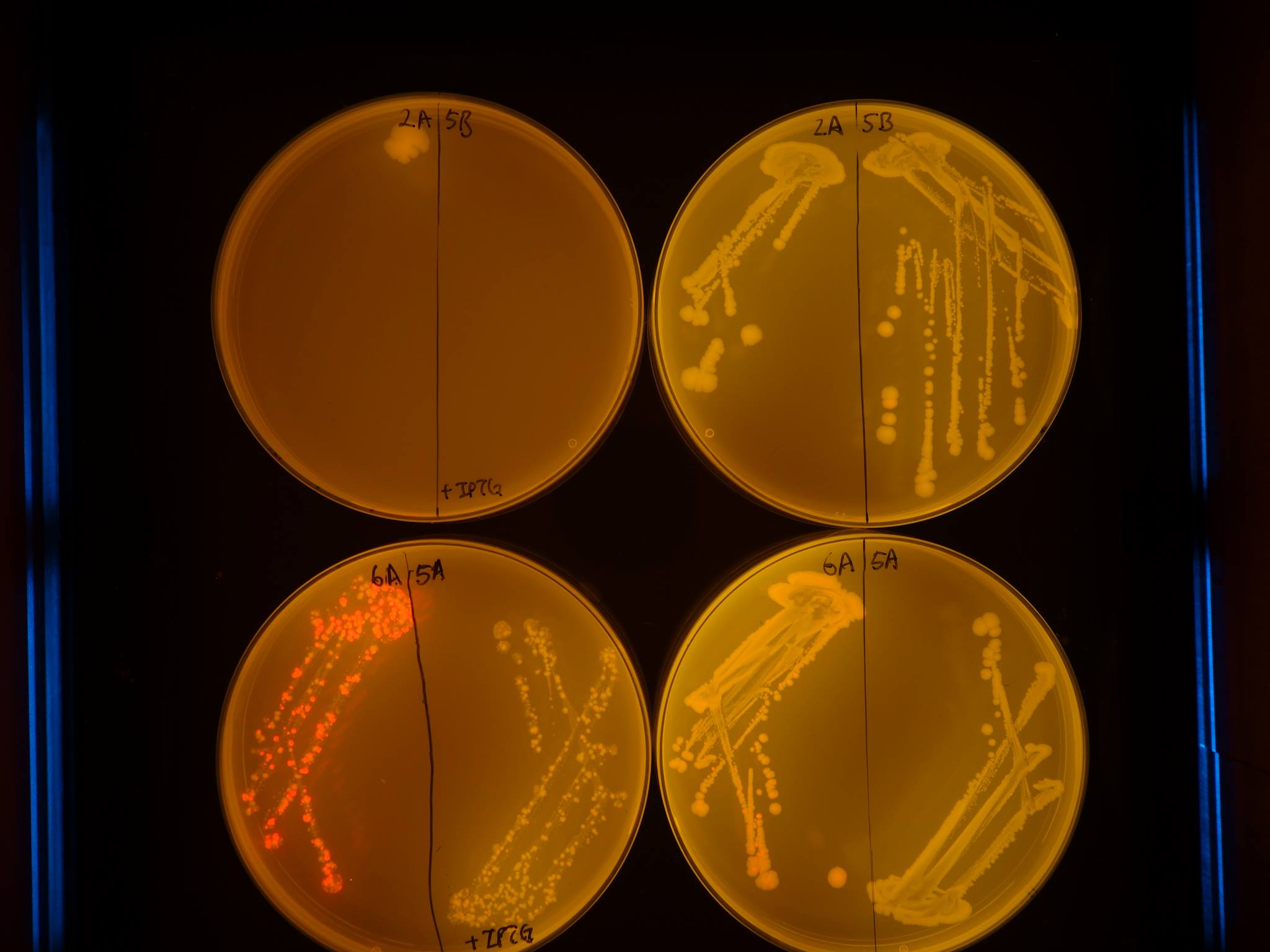 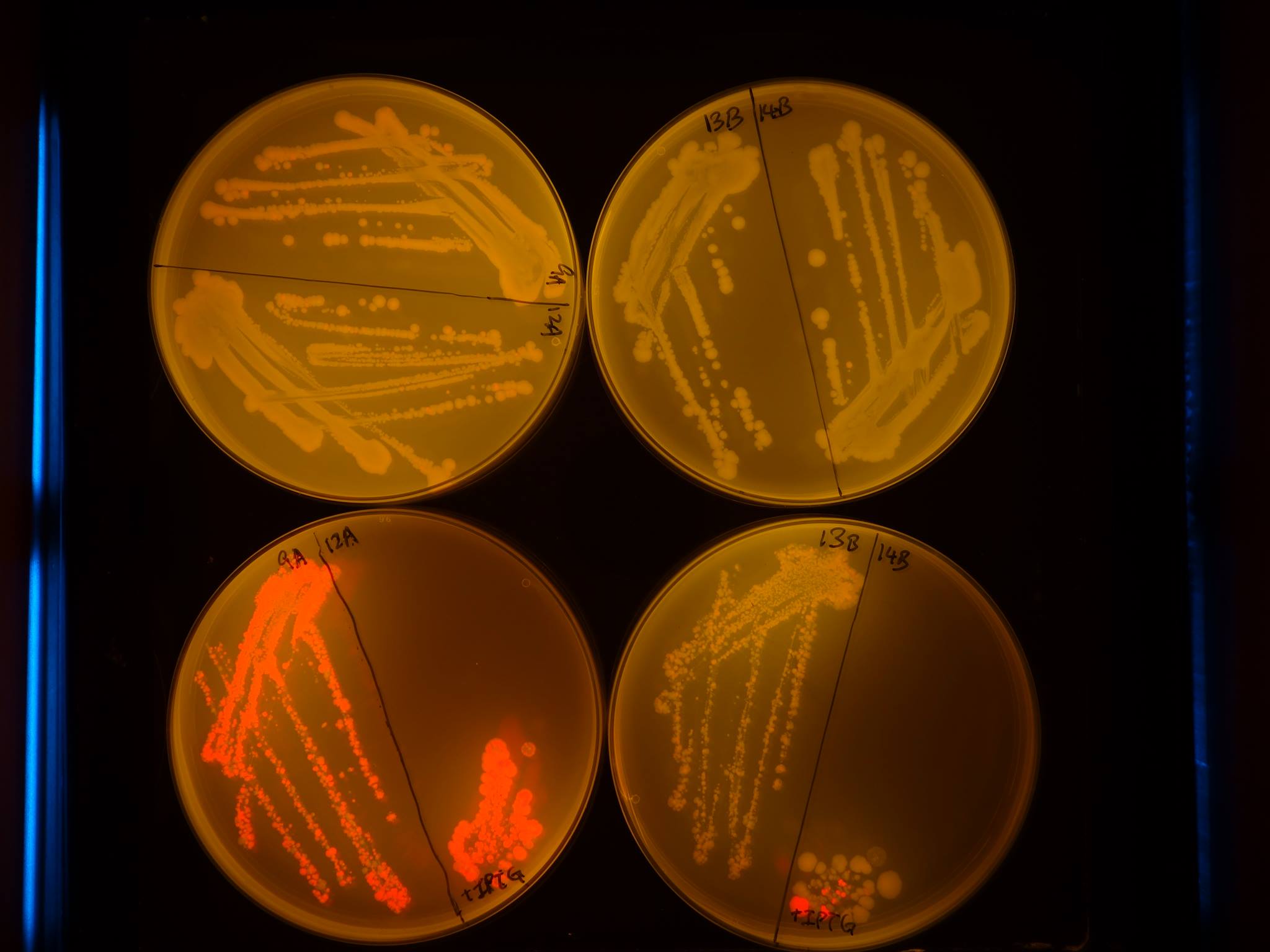 Aware of the potential for SSR to mediate genetic engineering in a highly dynamic way, we have designed a novel construct that once initiated, will express multiple genes in separated pulses of transcription and translation.

Gene randomizer utilizes the ability of site-specific recombinases to perform dynamic DNA inversion, and has been utilized by researchers to develop the brainbow system [2] to label individual cells:

Using biobricks from our toolkit, they can be assembled using standard biobrick assembly protocols. The SSR systems in our toolkit are also characterized in terms of orthogonality so that it is possible to have multiple gene randomizers working parallel within the same cell:

We envision that such a design could be used for generating a heterogeneous population that can each cell carries a distinct combination of gene expression, and can be screened with single cell technology.

Biological logic gates can be very useful to create sophisticated genetic circuits [3]. We have used tyrosine recombinases in our toolkit to design six logic gates (OR, AND, NOR, NAND, XOR, XNOR) using only excision mechanism:

This kind of construct is possible only when the recombinases and their target sites are well defined to be non-interfering (i.e. orthogonal), so that they can be designed according to engineering principle, building from simple biobricks.