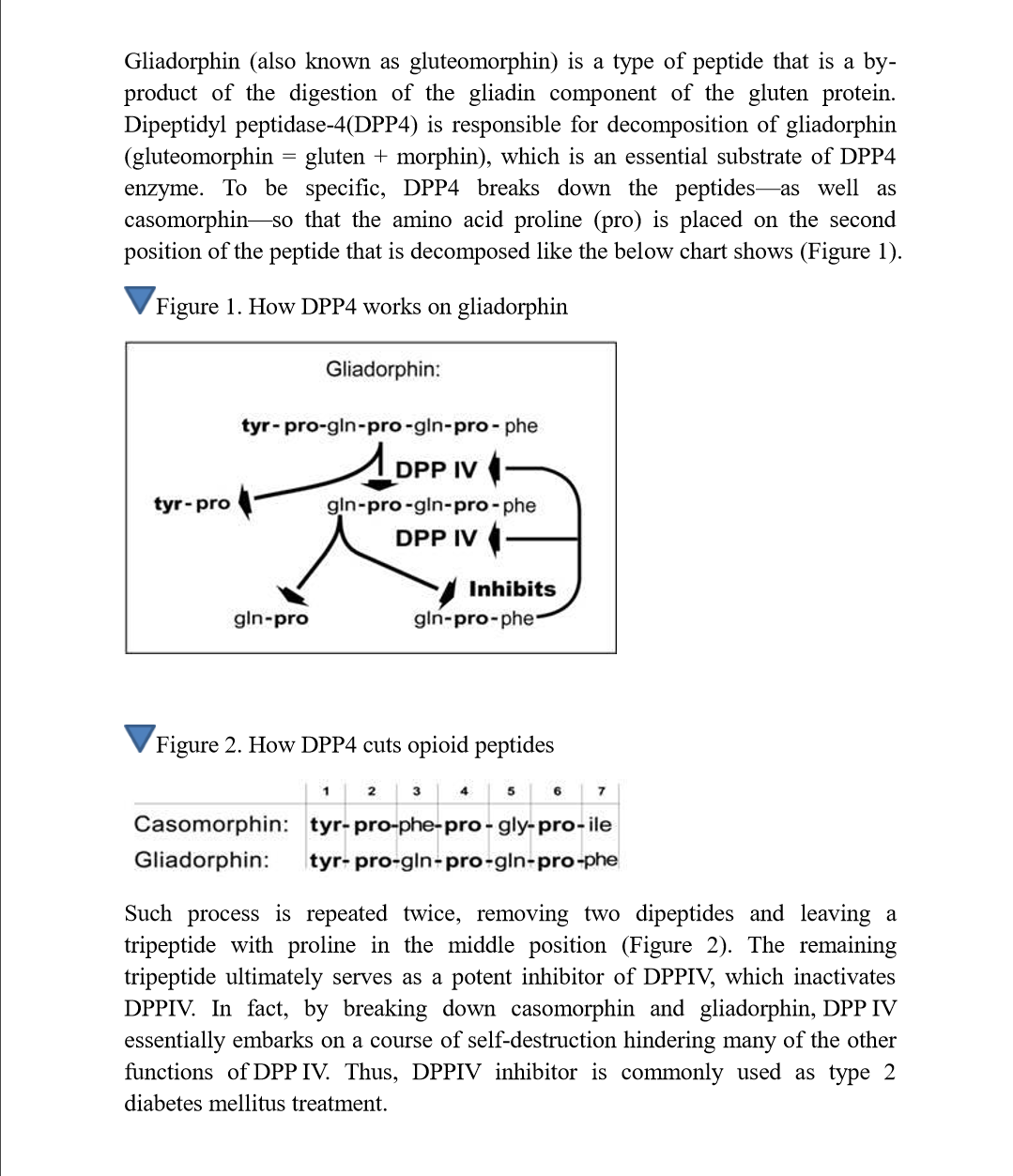 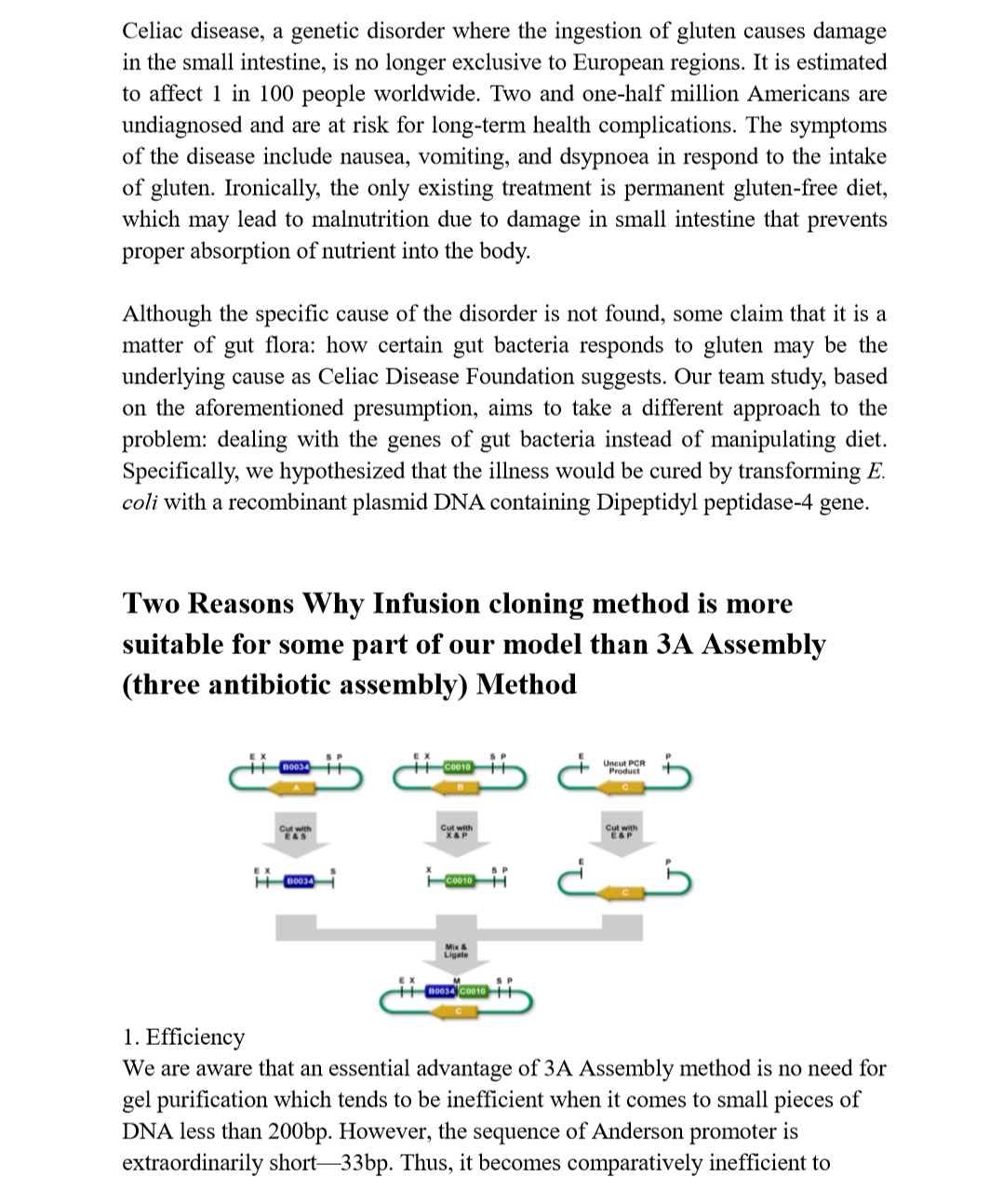 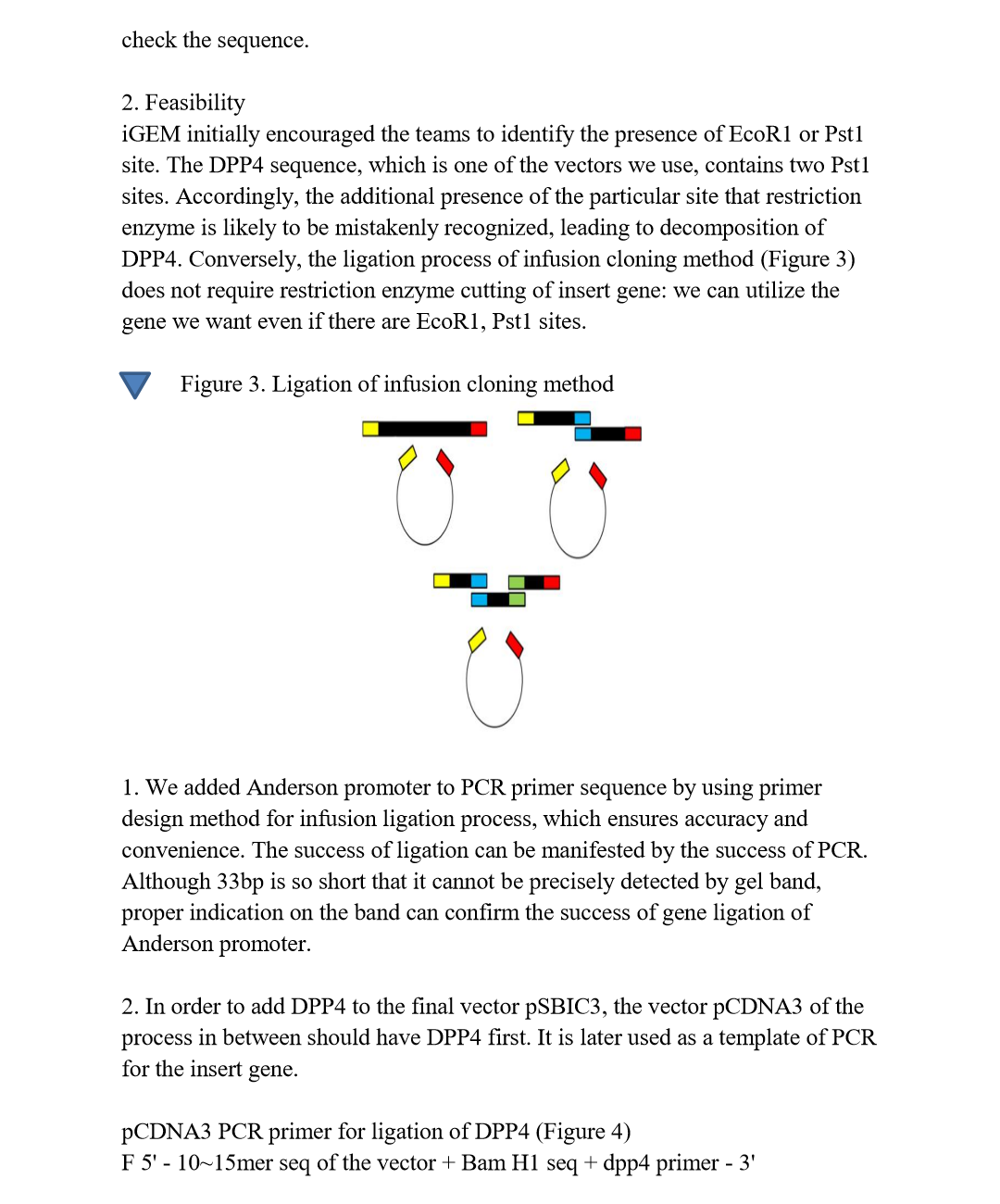 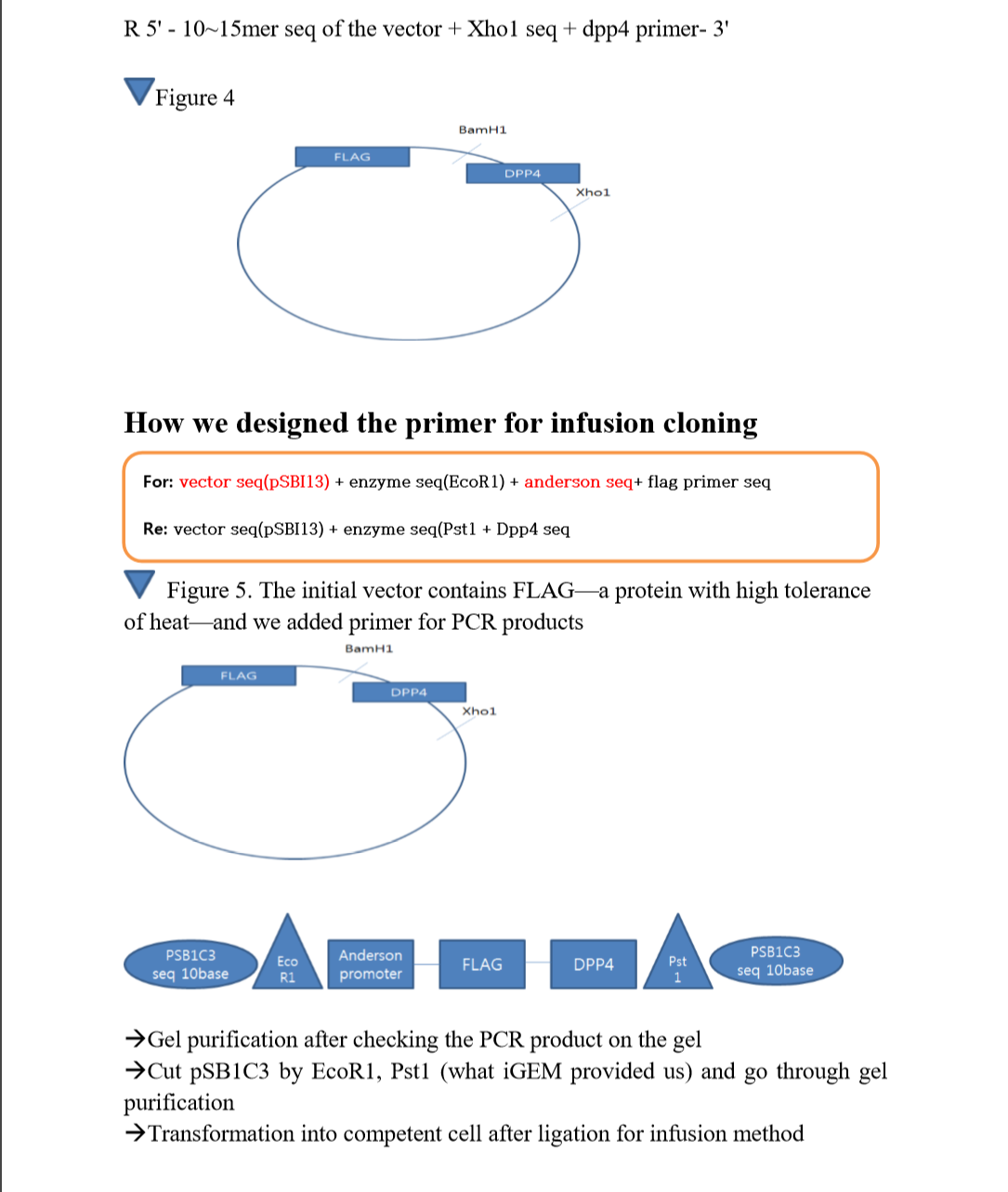 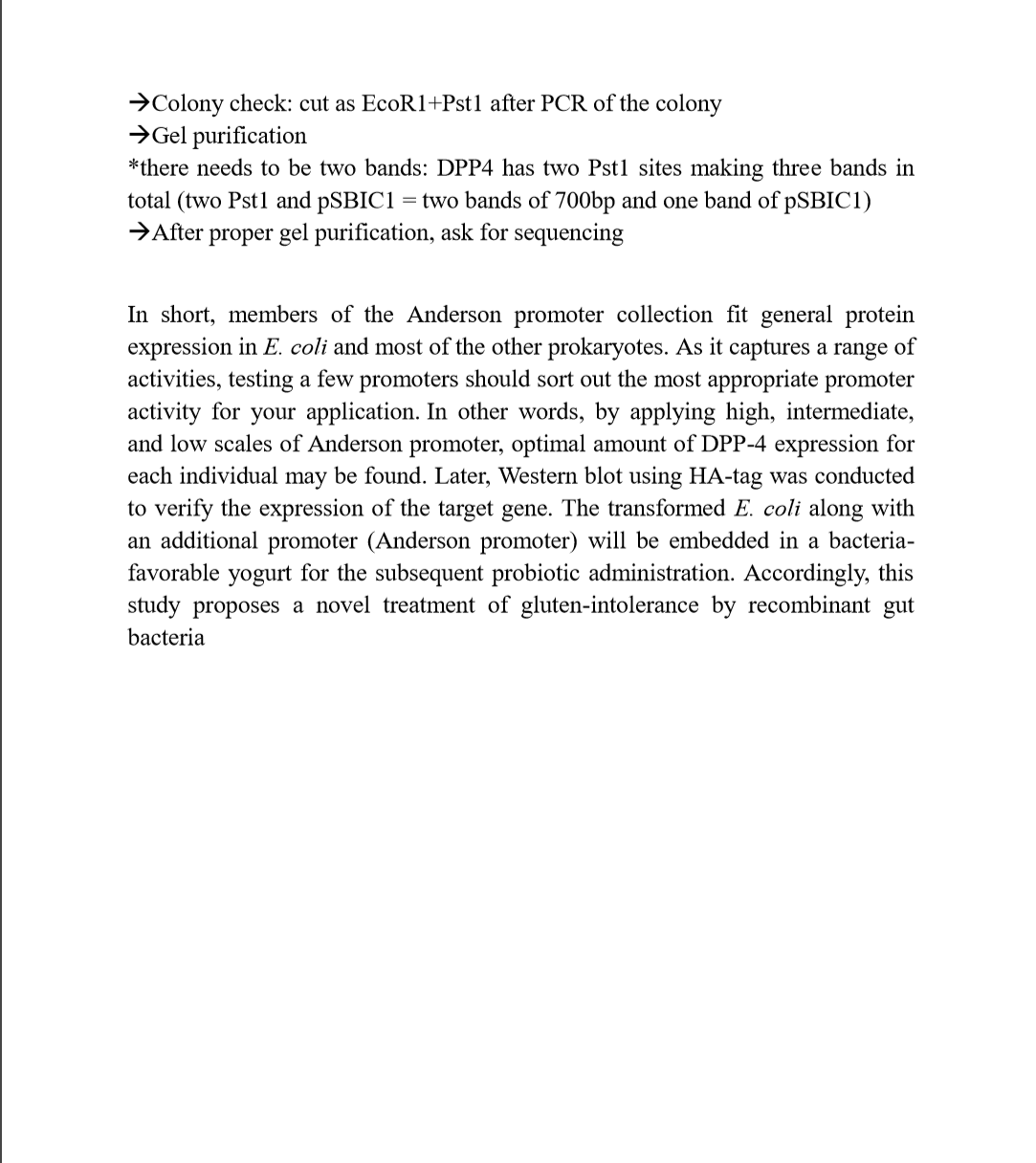 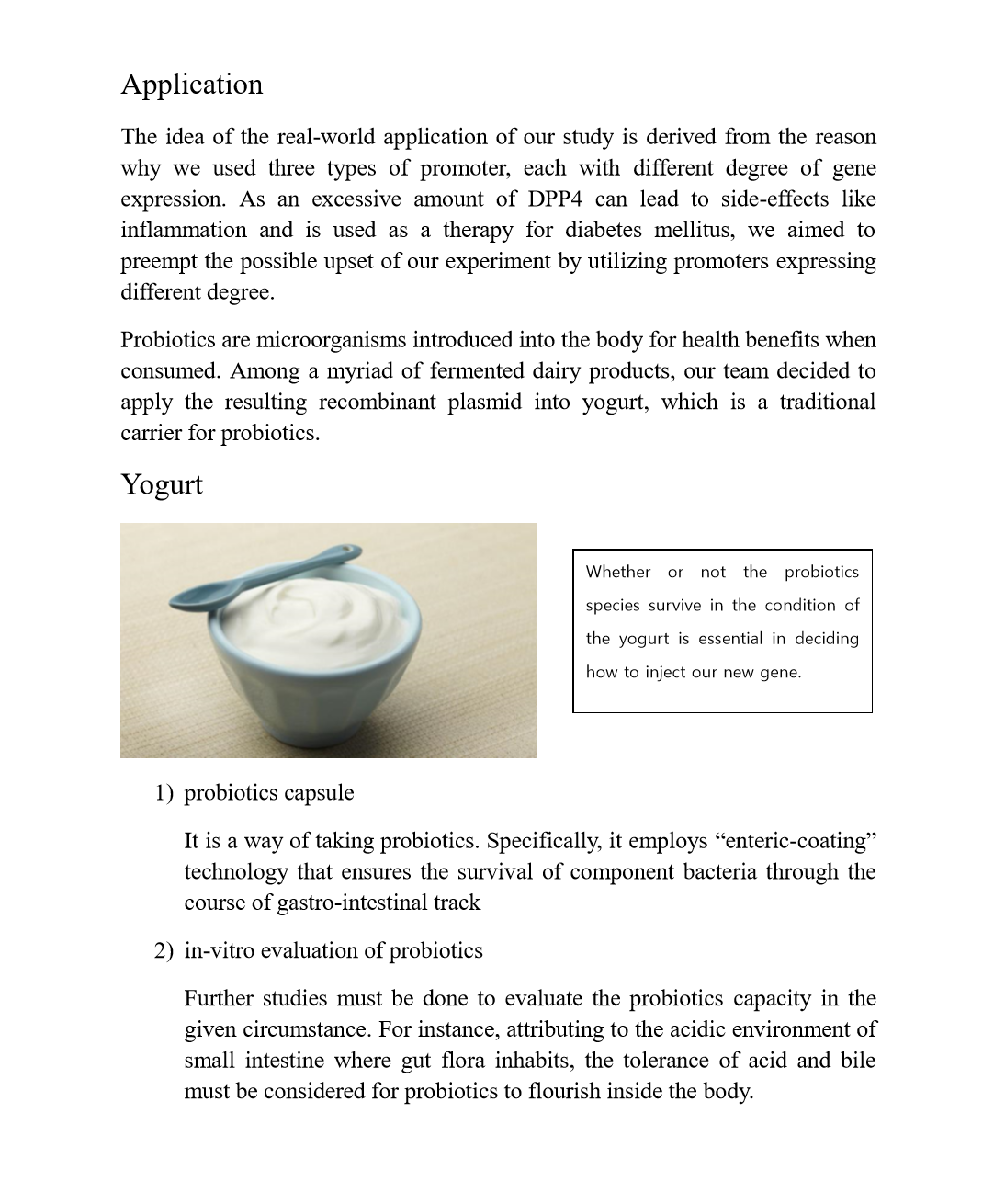 TNCR_Korea team tried to suggest a different improved method of utilizing the anderson promoter with gene expression regulating purpose in the future.

We are aware that an essential advantage of 3A Assembly method is no need for gel purification which tends to be inefficient when it comes to small pieces of DNA less than 200bp. However, the sequence of Anderson promoter is extraordinarily short—33bp. Thus, it becomes comparatively inefficient to check the sequence.

iGEM initially encouraged the teams to identify the presence of EcoR1 or Pst1 site. The DPP4 sequence, which is one of the vectors we use, contains two Pst1 sites. Accordingly, the additional presence of the particular site that restriction enzyme is likely to mistakenly recognize leads to decomposition of DPP4. Conversely, the ligation process of infusion cloning method (Figure 3) does not require restriction enzyme cutting of insert gene: we can indiscriminately utilize the gene we want even if there are EcoR1, Pst1 sites.

Infusion ligation method that we adapted is only requiring the same 10 base pair lengh sequence between cut vector and insert gene. Like fasten by a staple, if each forward side and reverse side of the cutted vector as well as insert gene is same, it can be simply fused by infusion ligase.

Because the band is not accurately identified if the primer does not work properly.

The success of ligation can be manifested by the success of PCR. Although 33bp is so short that it cannot be precisely detected by gel band, proper indication of the band can confirm the success of gene ligation of Anderson promoter.