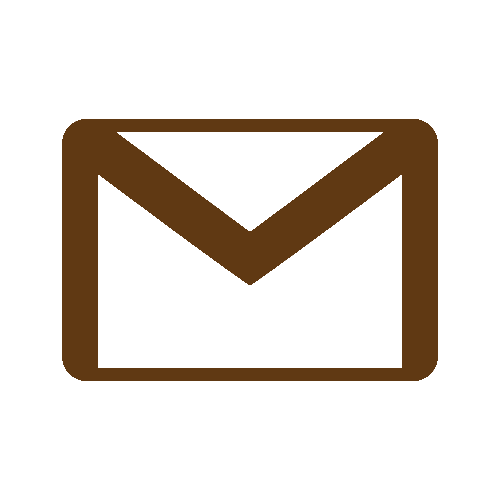 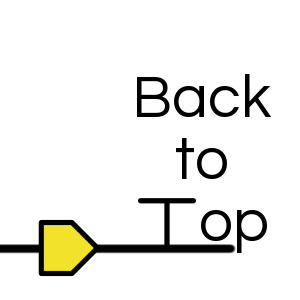 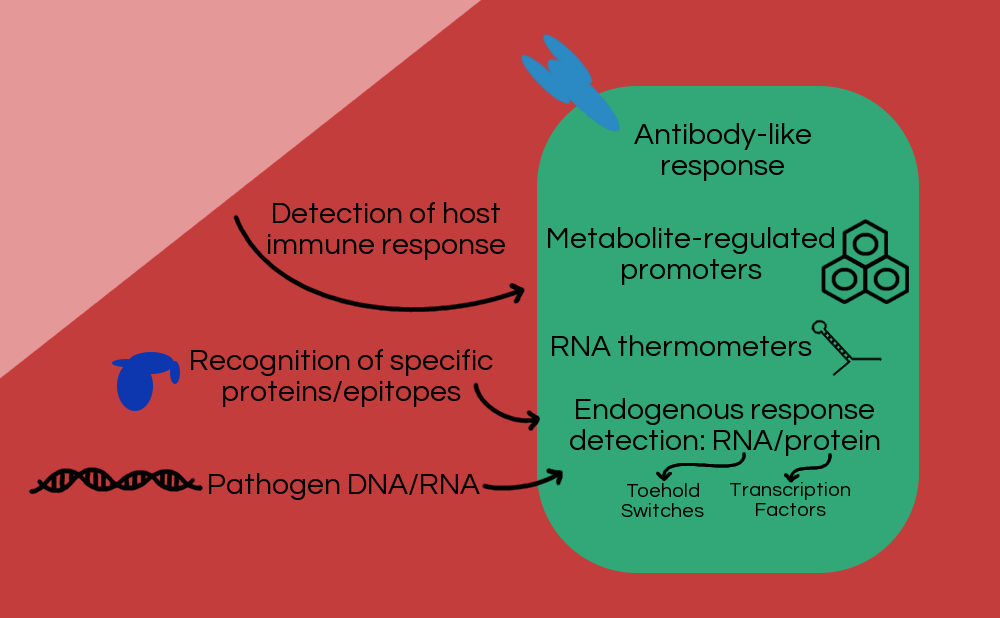 Detecting a pathogen in a precise and sensitive way is crucial for a controlled approach to paratransgenesis and a exciting, complex, technical challenge.

To create a powerful device, able to sense different pathogens, it's necessary to understand which factors are changing once the pathogen enters the mosquito/insect host.

For example, the following types of detections (and many more!) could be used as a basis for circuit design to develop detection circuits:

To illustrate, a reasonable approach to have in mind is which physiological changes occur inside an insect vector once it's infected. Variations in temperature, pH and metabolite concentration can all be detected by synthetic circuits. Such responses could then lead to production of effectors that would prevent pathogen transmission. For instance, we designed a proof-of-concept synthetic circuit that could detect iron and lactate, metabolites elevated on malaria infected individuals.

Another possible approach would be to harnessing natural changes of the microbiome transcriptome to control genetic circuits. Blood feeding and temperature variations have an impact on the transcriptome profile of tick-borne bacteria. As these variations are also present in other vectors, such as mosquitoes, sensing natural mRNA changes in the chassis could become another important tool to be used in paratransgenesis, thus allowing a more specific response. In fact, we have developed another detection module, based on this endogenous RNA-dependent approach.

This integration of signals can be of great use to new paratransgenesis projects. Systems such as the ones being developed by the Wageningen 2017 iGEM Team could be adapted for in vivo sensing. We are already eager to see the development that future iGEM teams will bring to the field! 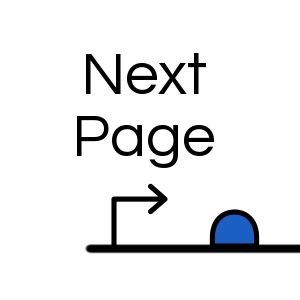