The aim of the 2017 iGEM InterLab study was to test the reproducibility of fluorescence measurements across different labs. Green Fluorescent Protein (GFP) was chosen for this comparative study because it is the most frequently used fluorescent reporter in synthetic biology. Every team that joined this InterLab study was provided by the iGEM Measurement Committee exactly the same protocol to follow.

This InterLab study was initiated by first normalizing the measurements of both fluorescence and optical density at 600 nm (OD 600 ). The correction factor a to normalize the absorbance measurements to a standard OD 600 was determined by measuring LUDOX-S40 in the plate reader Fluostar Optima (BMG Labtech, Germany, Software 2.20, Filmware 1.26), and comparing this data with the OD 600 of the reference point. A similar approach was used to normalize the fluorescence measurements, but this time the fluorescence readings obtained from a serial dilution of fluorescein in phosphate buffered saline solution (PBS) were used instead. Both the correction factor and the fluorescence standard curve are crucial to standardize the measurements between the different labs, and hence, allowing their direct comparison.

Multiple vectors, termed Test Devices, harboring different promoters which supposedly lead to different GFP expression levels, were transformed in E. coli. Two independent isolates were selected for each strain and incubated overnight at 37℃ and shaking at 220 rpm. These pre-cultures were then used to inoculate fresh cultures in a 96-well microplate (CELLSTAR, Netherlands) with a starting OD 600 of ~0.1 incubated for 6h at 37℃. Absorbance and fluorescence measurements were collected on-line every two hours (figure 7.1 and 7.2, respectively). All controls (positive and negative) and blank were as expected and the different Test Devices displayed different expression levels. These data along with the normalized fluorescence per OD 600 have been sent back to the iGEM Measurement Committee by filling in the excel sheet provided. 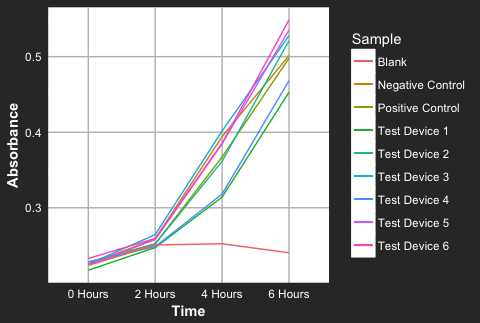 Figure 7.1 Raw ABS 600 plate reading measurements. This shows the measurements of the optical density at 600nm over a period of time. All the conditions were measured at the same moments and with the same settings. 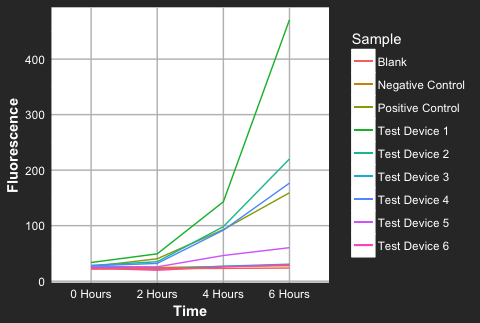 Figure 7.2 Raw fluorescence plate reading measurements. The intensity of the GFP for the different conditions were measured over time and every one of them was measured at the same moment with the same settings.

The iGEM Measurement Committee will analyse all the results and publish them. We are looking forward to see the outcome of this InterLab comparison!