For the silver medal requirements the following conditions have to be accomplished:

We will now narrate how we’ve accomplished the requisites, but please visit our Integrated Human Practices page and our Project Justification.

Identify and investigate one or more HP issues in the context of the project:

Tequila: an economic and cultural heritage

Tequila is one of the biggest industries in México. It is an alcoholic beverage extracted from Agave Tequilana, with 558 places within states that dedicate fully on the Agave growth and production. It is a major source of employment and economic gain for many. The chain of value is not only limited to economic aspects but it is also important in several areas of the country as cultural, ethnical, social and environmental. Agave is also a vital species for indigenous populations and its growth also promotes development of medicine, fertilizers and food, as well as it helps eradicating poverty. (CIATEJ, 2016 ). Tequila is now exported to around 120 countries, and the production is about 300 liters/minute (El país, 2013).

The tourism industry in Mexico is also a major economic and development tool. A report from the National Chamber of Tequila Production states that, of the total products consumed in Mexico by foreigners, 57% accounts solely for Tequila, as it is a major attraction for tourism. Also the same report stated that 900 thousand tons of Tequila are produced annually, employing 300 thousand people across the country (Millenio, 2017).

But like any major industry, it produces tons of waste. The two major contaminants that result from Tequila production are bagasse and vinasse. By 2014, 240 thousand of bagasse were produced which is equivalent to 20 days of residue generated in the metropolitan zone of Guadalajara city and up to this date its has doubled. The problem with bagasse is that it is a fibrous organic material but when it is not managed correctly (which happens most of the time) it produces toxic leachates that pollutes soil and water changing their properties and causing bad odors and proliferation of damaging fauna such as mosquitos (Ramos, 2017).

To corroborate the issue and validate our project we have visited several Tequila producing industries including El tequileño, Camarena, Saro, Tequilera El Olvido and El triángulo, all of them producing Tequila in Jalisco, the state we live in. Jalisco has a lot of small Tequila producers that help to the economy of the towns and the country. They told us how bagasse was a problem for them: they had a lot of bagasse taking up a lot of volume, and it represented a contamination problem for the community due to toxic leakages and mosquito proliferation. Usually the disposal is problematic and they have to pay to get rid of the huge quantities.

Plastics on the other hand:

Researchers have found 750,000 microplastic/km^2 in the garbage patch and marine life is plagued by them. Since plastic is not biodegraded it attracts toxins and heavy metals as it travel the seas.

It has also been found that 40% of the world’s oceans are “gyres”, which are formed when plastic is accumulated in powerful rotating spirals (Monks, 2016).

Phocoena sinus (vaquita marina/marine cow) is an endemic mexican species. Fishing their nutrition source (shrimp and some fish species) is one of the main causes for their almost extinction (only 30 are left). The Mexican government is planning on making massive efforts for saving the species; however, after putting it on a sanctuary and achieving the population increase, releasing the species into a contaminated sea, and considering the large percentage of mammals with plastic components in the stomach (Center for Biological Diversity, n.d.), …might seem a bit counterproductive.

Annually 95% of the value of plastic packaging material worth $80-120 billion is lost to the economy. This is especially alarming considering that plastic packaging is, in it’s majority, a single-use product, and becomes even more alarming when the disposal is not properly made and ends up in large bodies of water, affecting the ecosystem. A report from 2016 made by the World Economic Forum predicts that, if we continue this way, by 2050 the oceans will contain more weight in plastic than in fish (WEC, 2016).

90% of plastics are made from virgin fossil stocks, taking up a whole 6% of the global oil consumption. Also, whole 32% of plastic packaging escapes collection systems, having economic costs by reducing productivity of vital natural cycles and systems and clogging urban infrastructures. Plastic also contain a blend of chemicals that makes some researchers raise concerns about potential adverse effects on human health and the environment (WEC, 2016).

Unfortunately… not all countries have as a priority the legalization of norms for plastic treatment, disposal and limiting of the production, as well as adopting and implementing norms for plastic disposal in the household. Actually, some governments are dealing with other problematics such as starvation, corruption, lack of education and unemployment, while other governments are just not interest enough to do so, as well as people might not be demanding it enough for it to happen. For one reason or another, it is not being done enough by all. As the World Economic Forum reports in 2016, only 14% of plastic packaging is collected for recycling and at least 8 million tons of plastics leak into the ocean annually (WEF, 2016).

Demonstrate that our work is safe, responsible and good for the world:

Our work takes advantage on the composition of the bagasse to create a bioplastic that is of easy degradation and biocompatible. As mentioned, it will take bagasse from the community to create bioplastic for the community, meaning that our supply will be for local and following a circular economy model in which a residue will serve us as primary matter without the carbon footprint of transport of other sources of glucose.

The value of the proposal is not only taking up a residue and eliminating the fact of consuming another source of glucose or sugars (whose transport and other activities produce carbon footprints) to produce bioplastic, but the fact that our proposal can be adapted for different vegetal residues to achieve a bioplastic production, in order to take advantage of “useless” fibers and make a circular supply.

We know there is no single solution to the plastic problem but, unfortunately, correct waste management and recycling is not done everywhere, and consequences are for everyone. Context is key in determining how long it will take for proper measures to be implemented in each country, and our problem prevails even with new wonderful ideas.

Proposals are often criticized for having a low impact at a large scale:

“Many innovations and improvement efforts show potential, but to date these have proved to be too fragmented and uncoordinated to have impact at scale.” (WEC, 2016).

But such a complex issue that englobes economic context, education and even a legal framework towards companies and infrastructure cannot be solved with only one “large scale proposal” or many. It would be really hard to solve a multifactorial issue with few proposals given the different contexts. Multiple proposals have to work together to ensure we do not reach this future, meaning that we can implement solutions around our context: a million small steps that sum up to a single effort to reduce the plastic in our oceans.

It would be ideal to reduce plastic production, if our global economy followed a circular model, but in our country it is not done yet. Tthere has been some few movements and actions, for example a law passed from 2010 that prohibited the use of non-biodegradable plastic bags but only in the biggest (and capital) city of Mexico. The effort is applauded, however the law has some leakages…

1. Consideration on what they contemplate and classify as degradable (could be up to 100 years, for example, and the problem also revolves on how much damage that plastic could be doing to the marine ecosystems) and the use of oxo-degradable plastics which have the same carbon footprint as regular plastics and are not environmentally friendly, since they just break apart into smaller pieces (America Retail, 2013). But, in an official study made by the SEMARNAT (Governamental organization for the Environment and Natural Resources) and INE (National Ecology Institute), it was shown how HDPE with oxodegradable properties was actually contributing to the greenhouse gases emission by 24% more than non-oxodegradable production in Mexico(SEMARNAT, 2009). Lastly there is a chart that states that only 1.2% of recycled wastes are plastics (SEMARNAT, 2011).

How our solution is compatible with solution key points extracted from both UN’s page and World Economic Forum:

Enforce and strengthen legislation to stop marine litter (UN, 2017).- Invest in research to develop non-toxic material (UN, 2017).- PHA is biodegradable: it is used by bacteria as carbon storage so producers can eat it under food deprivation conditions.

Circular economy (WEF, 2016) - Two main proposals: the first using a waste from Tequila production (Agave bagasse) as carbon source. Agronomy is another consideration since there is not just one type of Agave in Mexico, and other types are used for production of different beverages. Our project can be easily adapted to fit them as well, having more national reach...

Not using fossil fuels for the production of plastic (WEF, 2016): since the source of our bioplastic does not come from fossil fuels, the carbon footprint is drastically reduced.

It is important to know that our solution applies to our context but our production processes can be modified to suit necessities of other countries, e.g. sugar bagasse or other residual vegetal sources. The important thing to notice is that our process is more environmentally friendly in several stages (please check our environmental analysis).

Chow, L. These 5 Countries Account for 60% of Plastic Pollution in Oceans (2015). EcoWatch. Retrieved from: https://www.ecowatch.com/these-5-countries-account-for-60-of-plastic-pollution-in-oceans-1882107531.html 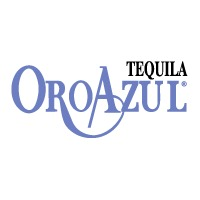 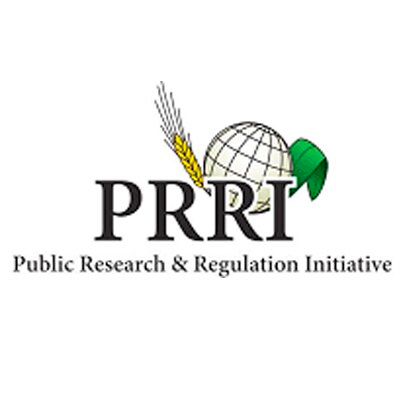 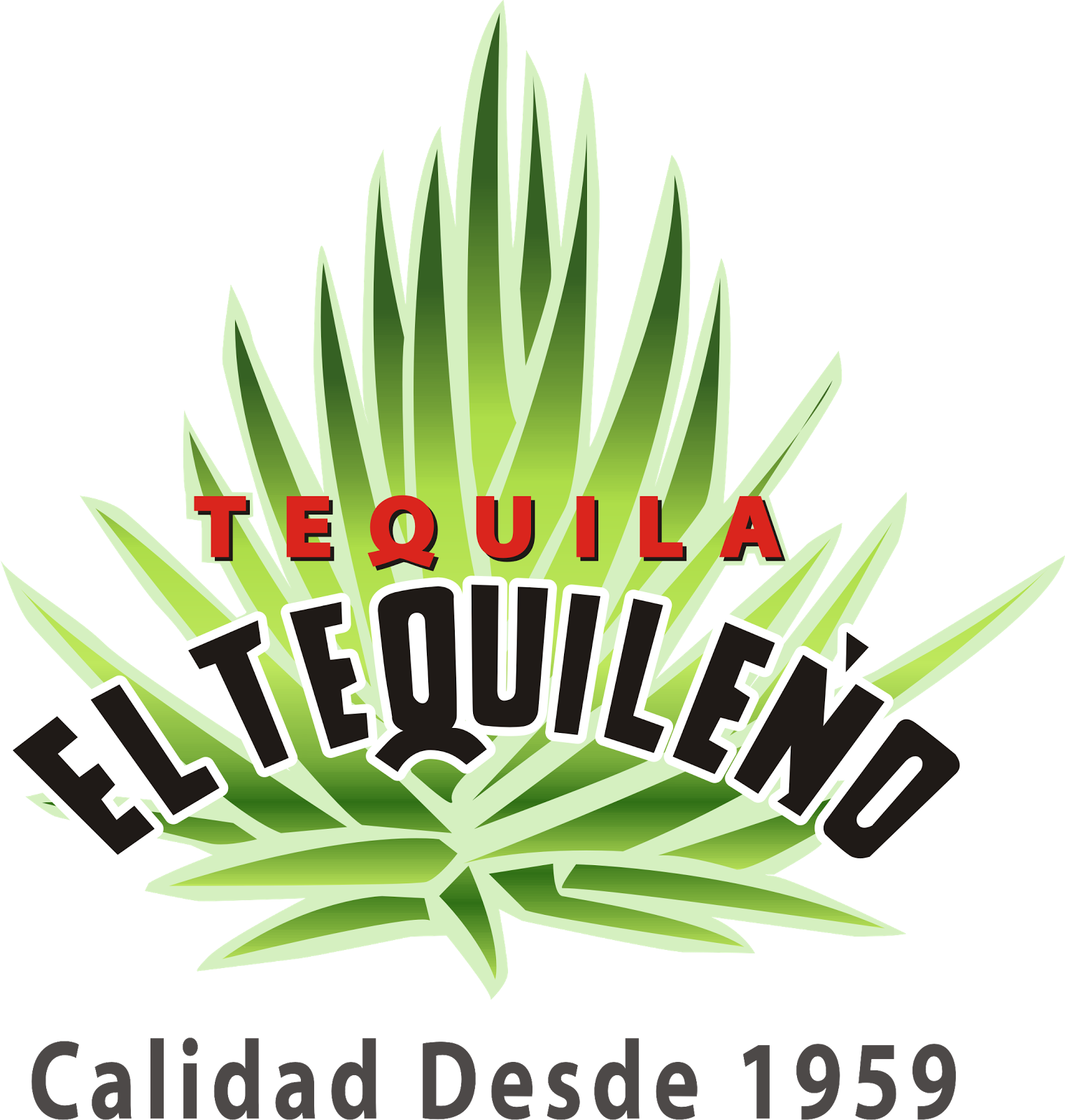