Every week, three members of the Iowa iGEM team (Nicholas McCarty, Shahaed Hasan, and Mason LaMarche) interviewed scientists in the Iowa City community. While the topics were not confined to synthetic biology, they nevertheless encompassed controversial scientific topics and served to facilitate greater discussion with the local community. We intentionally chose to discuss topics including, but certainly not limited to, genetic engineering and synthetic biology. We firmly believe, as a team, that science outreach is generally important in communities, and discussion deserves to revolve around more than the confines of this competition. The radio show often accommodated listeners with call-in questions, and the radio show was broadcast to up to 5,000 community members on 89.7 KRUI every Monday from 5 to 6pm. An embedded Soundcloud file for each show is provided below. Take a listen!

Iowa iGEM is Interviewed on 89.7 KRUI (our first show!)


Science at Five: Astronomy and the Solar Eclipse with Professor Cornelia Lang


Science at Five: Tissue Engineering and Regenerative Medicine with Professor Ed Sander (one of the UIOWA iGEM PIs!)


Science at Five: Neurobiology, Epilepsy and SIDS with Callie Ginapp

We had some very artistic students on our iGEM team, and so we decided to build a large DNA sculpture that could simultaneously be employed as an ethics/discussion tool. Our sculpture is called the "Asked and Answered DNA Sculpture". 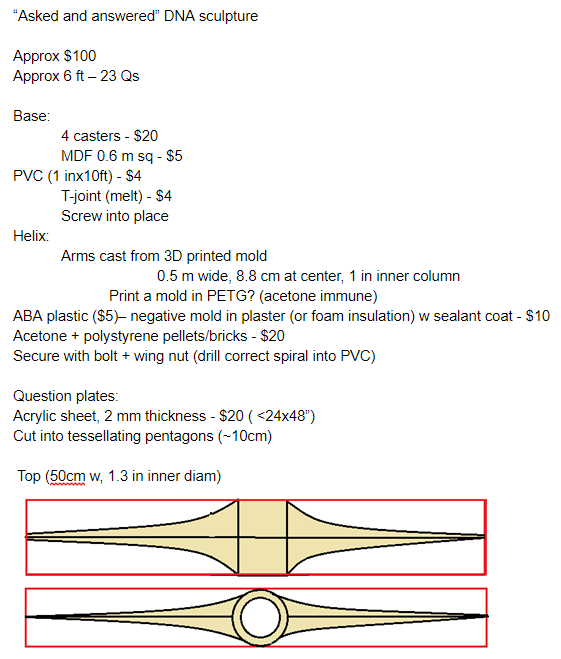 The premise of the sculpture was to have a large DNA scaffold that consists of a variety of pieces. On each piece, a question could be written by a member of the 'viewing audience'. That audience member then places the DNA piece, or "base", into the sculpture. The question is then answered on to its complementary piece and inserted into the sculpture to form a base-pair. 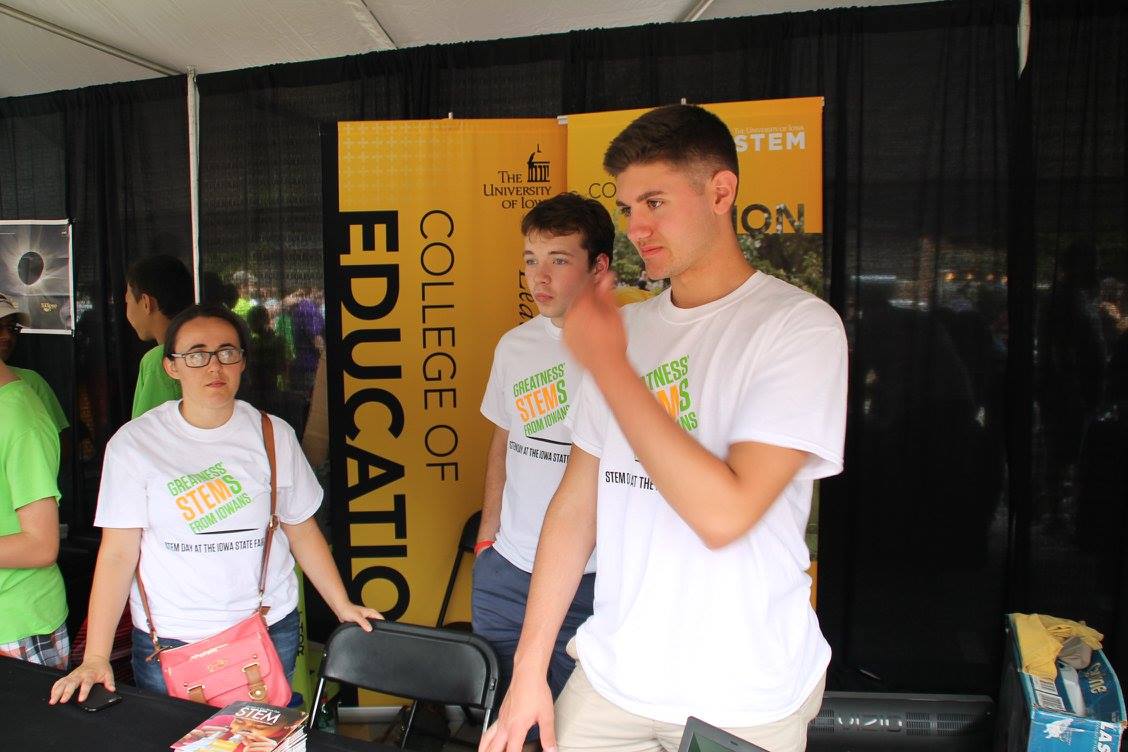 Development of a Class