The KU Leuven iGEM team 2017 is delighted to announce that they have won their track for Best New Application and a bronze medal for their project at the iGEM 2017 Jamboree which was held on the 13th November 2017.


November 13, 2017 is marked as an unforgettable day for the KU Leuven iGEM Team 2017, because exactly one year ago on that date, 4 Bio-engineering students went around Leuven advertising iGEM in the hopes of assembling a team for the 2017 iGEM competition. Little did they know they would gather 8 other amazing students to dedicate themselves to the project, ultimately creating the unforgettable HEKcite Team. 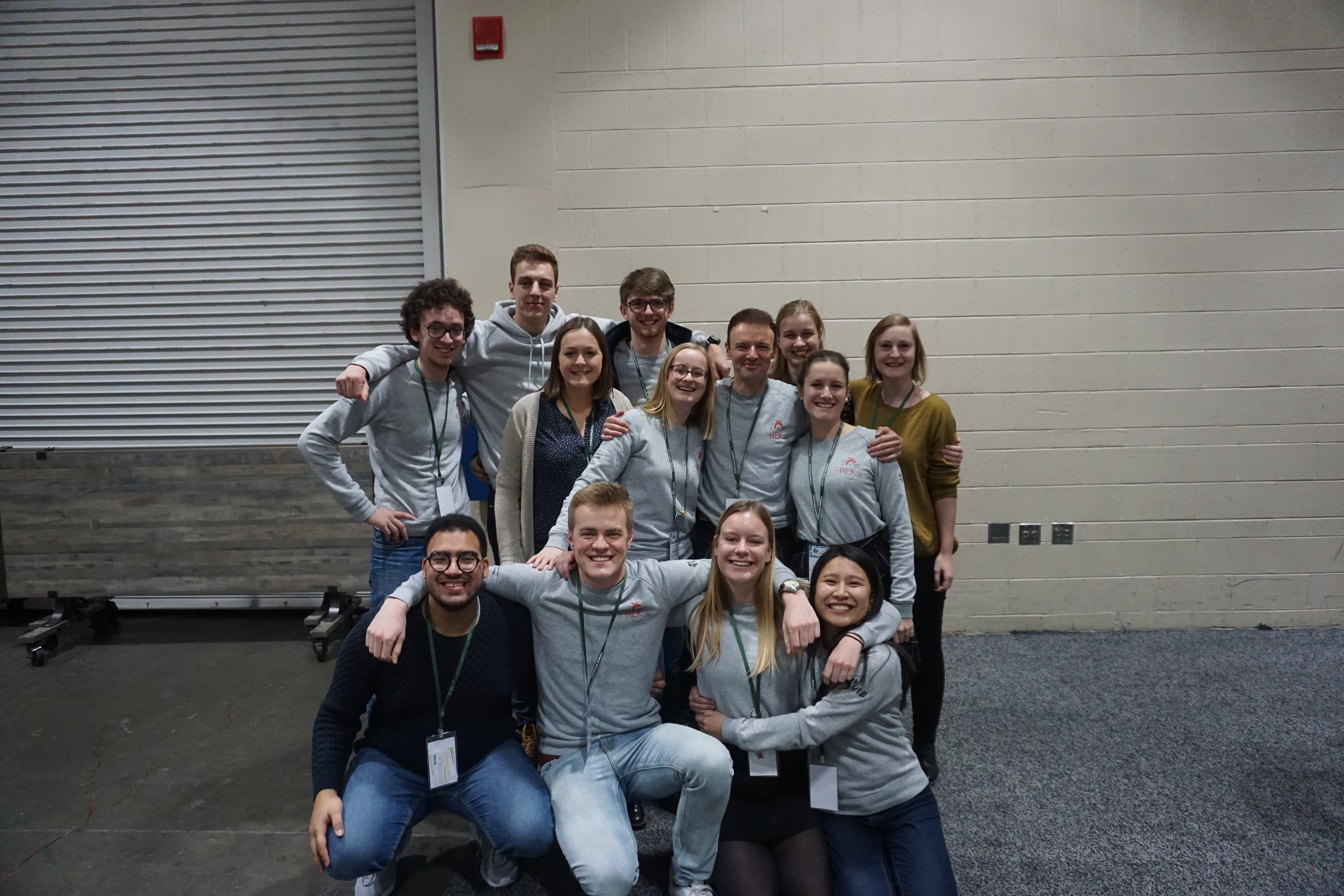 Then, one year later at the iGEM 2017 Jamboree results presentation, with sweaty handpalms and their heart beating in their throat, they sat on a row next to each other and waited anxiously for their results. Did their project shine enough between the strong and talented competitors? Is there a possibility that they will take something home tonight?

They were hoping for a nomination in their track, because that's what they wanted... And finally, the nominees were revealed!

Team members sat on the edge of their seat, white knuckles and heart throbbing in their chest. Could this be...?

KU Leuven was nominated for their own track, "Best New Application"!!!

The seconds before the screen to change the names into the winners were nerve-wrecking. Every team member was holding their breath!

"And... These are the winners..." Was the last thing all the team members heard, because at that very moment, their name KU Leuven appeared on the screen from behind all the nominees, stating the fact that not only was KU Leuven nominated, but they have won "Best New Application Project"!!!

Tears of joy were cried and hugs were shared. It was surreal how their dream has come true and how their hardwork over the summer deserved an award from the jury!!!

It was hard to believe and as the team members comforted each other, their awesome team captain, Victor Top, and fellow lovely teammate, Evelien Van Hoeymissen went up the stage to get the team's award and a bronze medal. 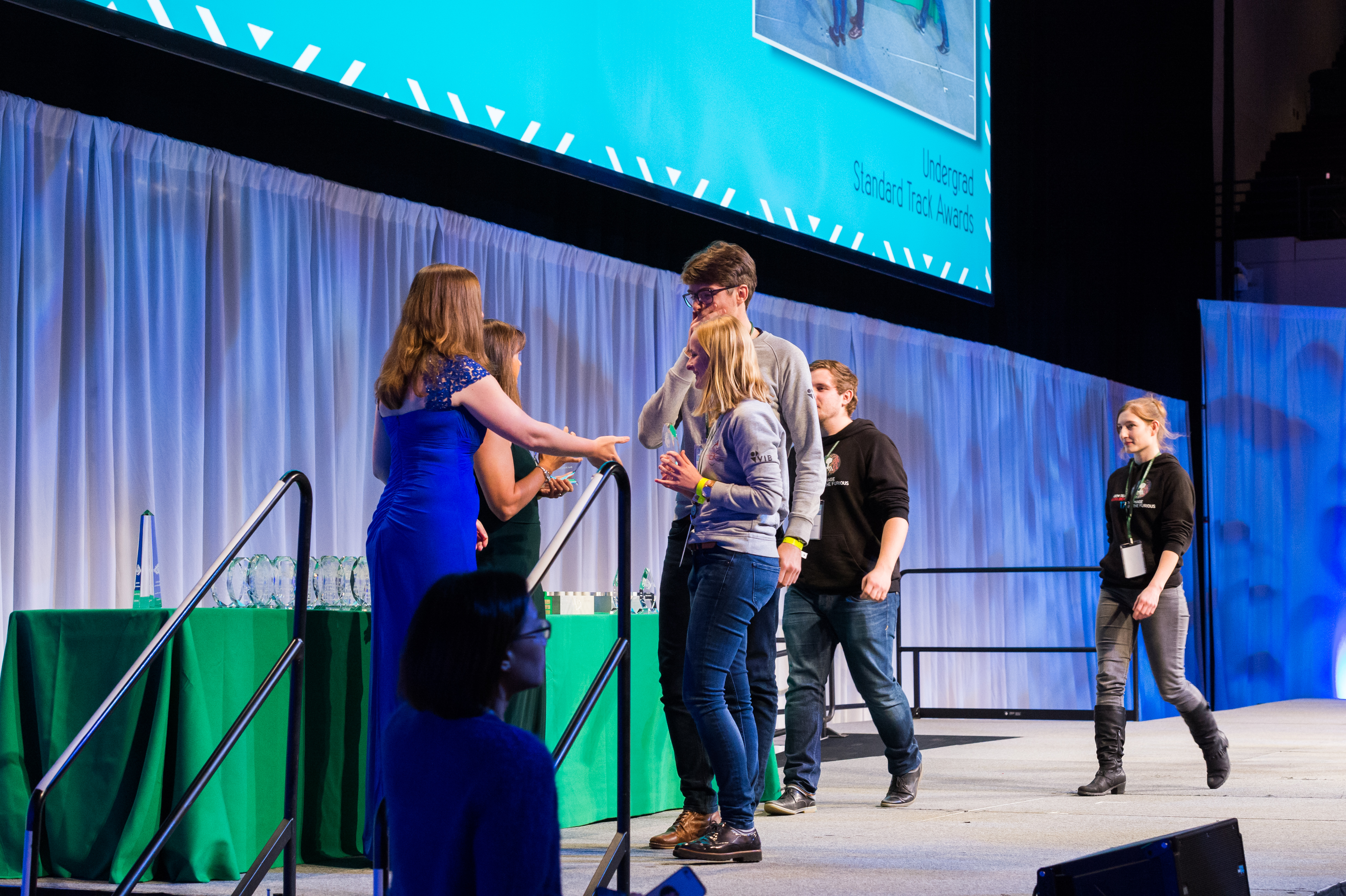 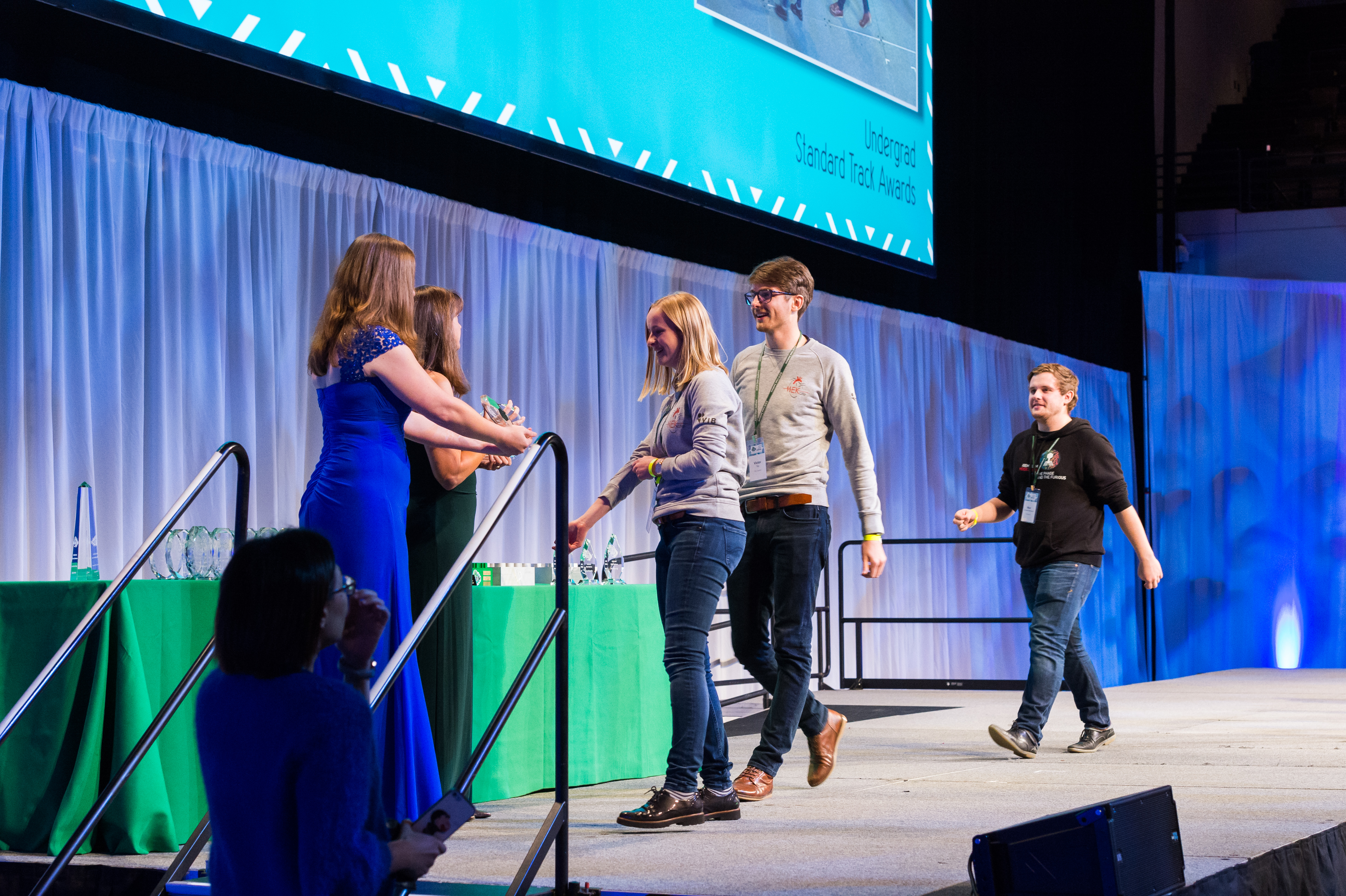 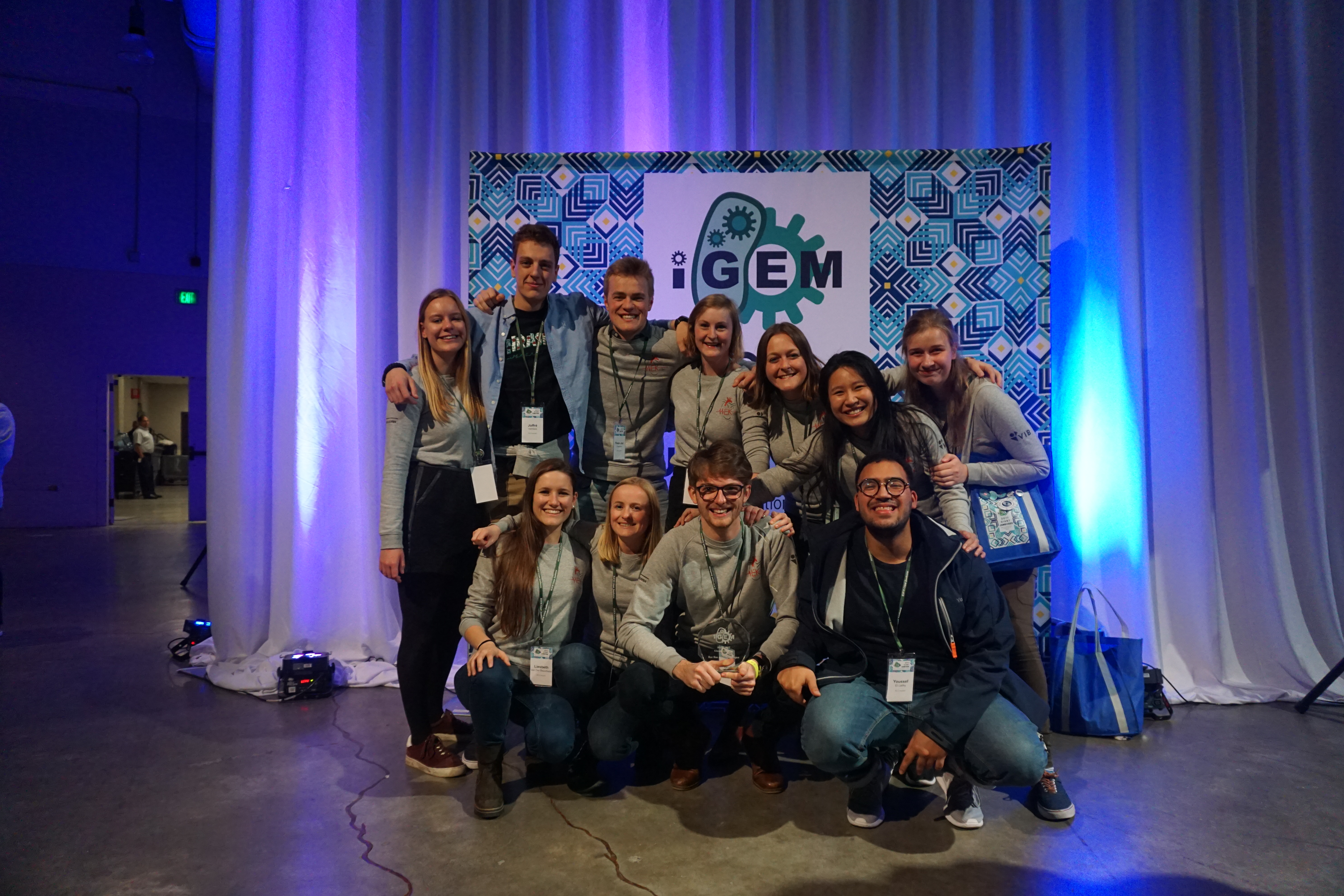 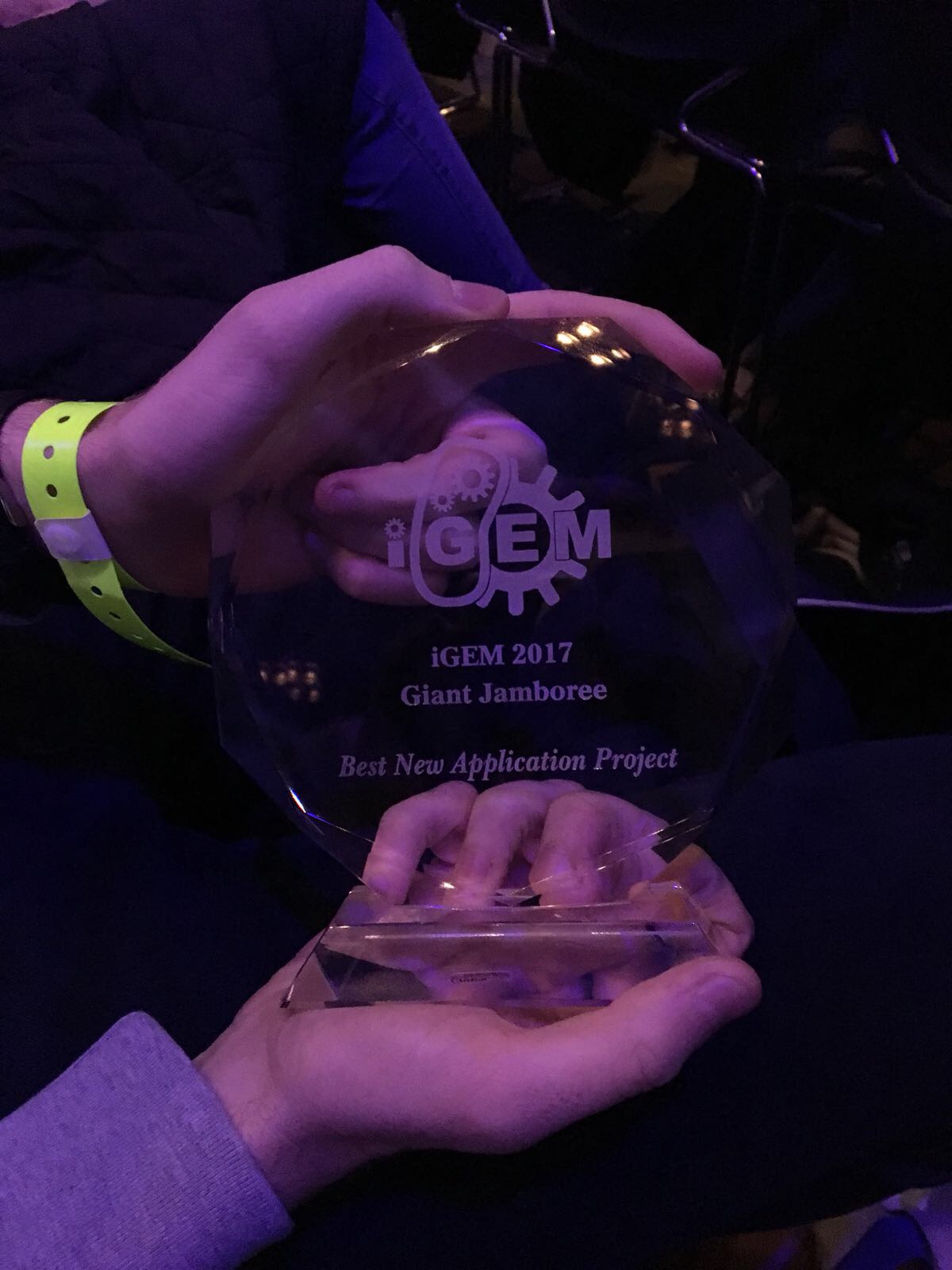 All by all, it was a great adventure for the KU Leuven iGEM Team from 2017. A massive thank you for everyone who has helped out the team. Also, special thanks to every team member who dedicated their time, effort and enthusiasm to this project.