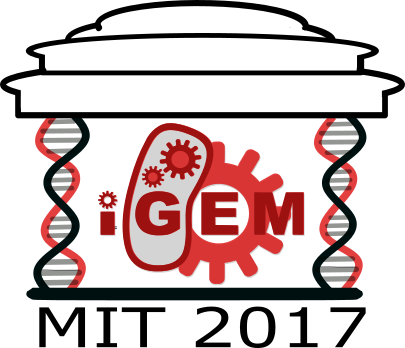 Alternative splicing is a process that takes mRNA transcripts and modifies it in various ways to create a final mature mRNA molecule for translation. Some sequences known as introns are removed; other sequences known as exons remain to be translated. With such a process, a single gene can result in many types of proteins transcripts Our iGEM projects seeks to control alternative splicing of RNA, specifically exon skipping and inclusion, using a protein called Cas13a. This is a protein that attaches to RNA via a complementary guide RNA, then cuts the RNA strand. For our purposes, we're using a modified version of this protein, known as dCas13a, that can attach, but doesn't cut. By targeting certain portions of a fluorescent protein construct, we can determine whether or not we achieved the intended isoforms based on the presence or absence of the fluorescent protein in addition to sequencing.

The field of synthetic biology has been dubbed the new “personal computer” revolution as labs all around the world attempt to transform cells into programmable biological computing devices. However, endeavors to develop sophisticated and robust genetic circuits have been hampered by the limitations on the quality of foreign DNA cells can uptake. This has resulted in a shift towards bit-based logics, focusing on the complementarity of nucleotide sequences to perform computations rather than the functions of proteins.

This new framework of computing allows for significantly more information per base-pair to be transmitted to cells; thus, making possible the massive scale-up in genetic circuits.

However, there is a lack of any good methods for post-transcriptional control to perform such computations, such as RNA IN/ RNA OUT logic. And here is why, transcription and translation happen simultaneously in prokaryotic organisms, restricting the ability to alter sequences before they are translated. And thus, we set out on a journey to control alternative splicing in eukaryotic cells.