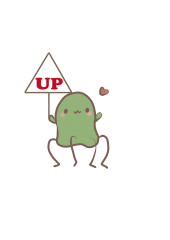 Microbial fermentation is an important component of industrial biotechnology and is increasingly popular, with products ranging from bulk chemicals to bioactive molecules. However, despite advance in biotechnology and improvement in fermentation control, microbial contamination and phages infection during fermentation process still remain major concerns worldwide. This is due to the widespread distribution of microorganism as well as phages and the consequent negative economic impact caused by frequent sterilization. In an effort to avoid fermentation failure and even to make these processes more economical, we try to introduce a “robust strain” for developing the fermentation process in the open (unsterile) culture. Here, we introduce the metabolic pathways of formamide and phosphite into the host to fit our special designed medium so that the unexpected microorganism could not exist. Additionally, applying CRISPR/Cas9 system makes the host attain phage resistance ability. Eventually, an open fermentative process can be achieved.