BBa_J23100 – a constitutively active promoter from the Anderson collection.

BBa_K2290008 – The B. cereus riboswitch with an engineered terminator that results in less read through/background. (This part is highly similar to BBa_K911003, but the BBa_K911003 sequence includes both the Lys promoter and the riboswitch).

BBa_K2290004 – This is a sequence for a strong RBS that doesn't appear to be in the iGEM repository.

BBa_K2290005 – This is an E. coli optimized chloramphenicol resistance gene that we had synthesized.

BBa_B0010 – This is the T1 terminator from E. coli rrnB, reportedly a strong terminator.

We characterized and improved upon part BBa_K911003. First, BBa_K911003 listed as a basic part in the iGEM repository is actually a composite part that consists of a promoter and the B. cereus fluoride riboswitch. We more accurately annotated the B. cereus fluoride riboswitch alone as BBa_K2290008. We then characterized the responsiveness of the the B. cereus riboswitch and found that the switch works best at 100uM fluoride. To our knowledge part BBa_K911003 was not characterized in iGEM. We also used part BBa_J23100 from the Anderson promoter collection to regulate the expression of our operon and the BBa_B0010 terminator to efficiently terminate transcription . Given, that our composite part works these other two parts are functioning as intended in our operon. 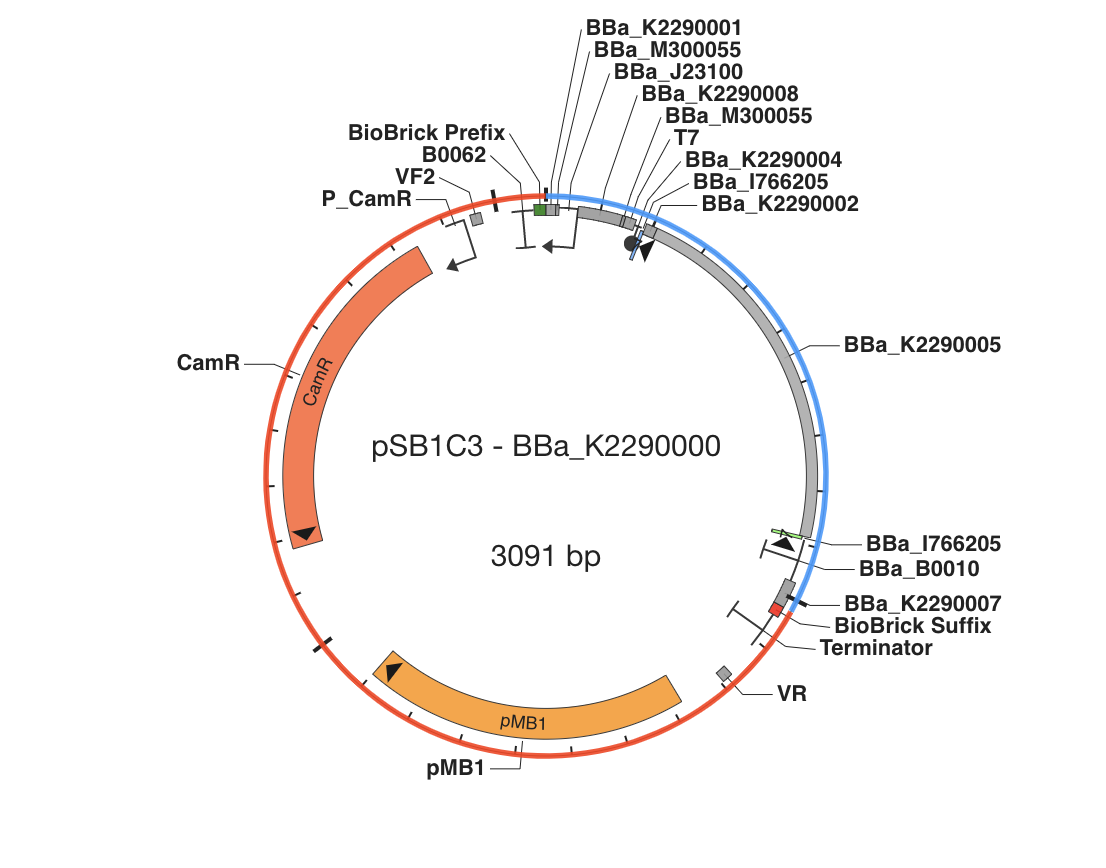