Along with the iGEM teams of Duke and Gaston Day school, we collaborated to create a subreddit to initiate discussion about synthetic biology. Our team, the Duke, and Gaston Day teams function as the moderators of the Reddit thread called r/iGEM_Exchange. The thread was allowed us to engage with the public in discussions about ethical implications of synthetic biology. Contributors had an opportunity to talk with others about pressing current issues like GMOs and CRISPR.

Taking inspiration from Buzzfeed’s Tasty videos, our team created a playlist of short lab technique videos with contribution of other iGEM teams: iGEM Peshawar 2017, UNBC iGEM, and TNCR Korea. While we created a video on serial dilutions, they created videos documenting the lab techniques of transformations, agarose gels, and ligation prep. Our intention in creating these videos was to teach viewers about common lab techniques in a simple and engaging way to aid them in their scientific endeavors! We wanted to give assistance to the group of scientists who may be new at lab techniques, and give the public an idea of what happens in the lab.
You can check out our playlist here.

On June 12th, 2017, our team went to visit the Orange County Water and Sewer Association (OWASA) to ask some questions pertaining to our project background. We wanted to make sure we fully understood where our own water comes from and how it gets treated. We met with Ken Loflin, the Water Treatment Manager at OWASA, who was kind enough to give us a tour of the facility. He outlined where our water comes from, what “treatment” entails, and where it goes when we are done with it! After the tour, we asked Loflin a few questions about their facility, including the advantages and disadvantages of fluoride. Loflin expressed his excitement for our budding project, and thought that the creation of a bioreactor for the water treatment plant to bioremediate toxic levels of fluoride was a viable idea. 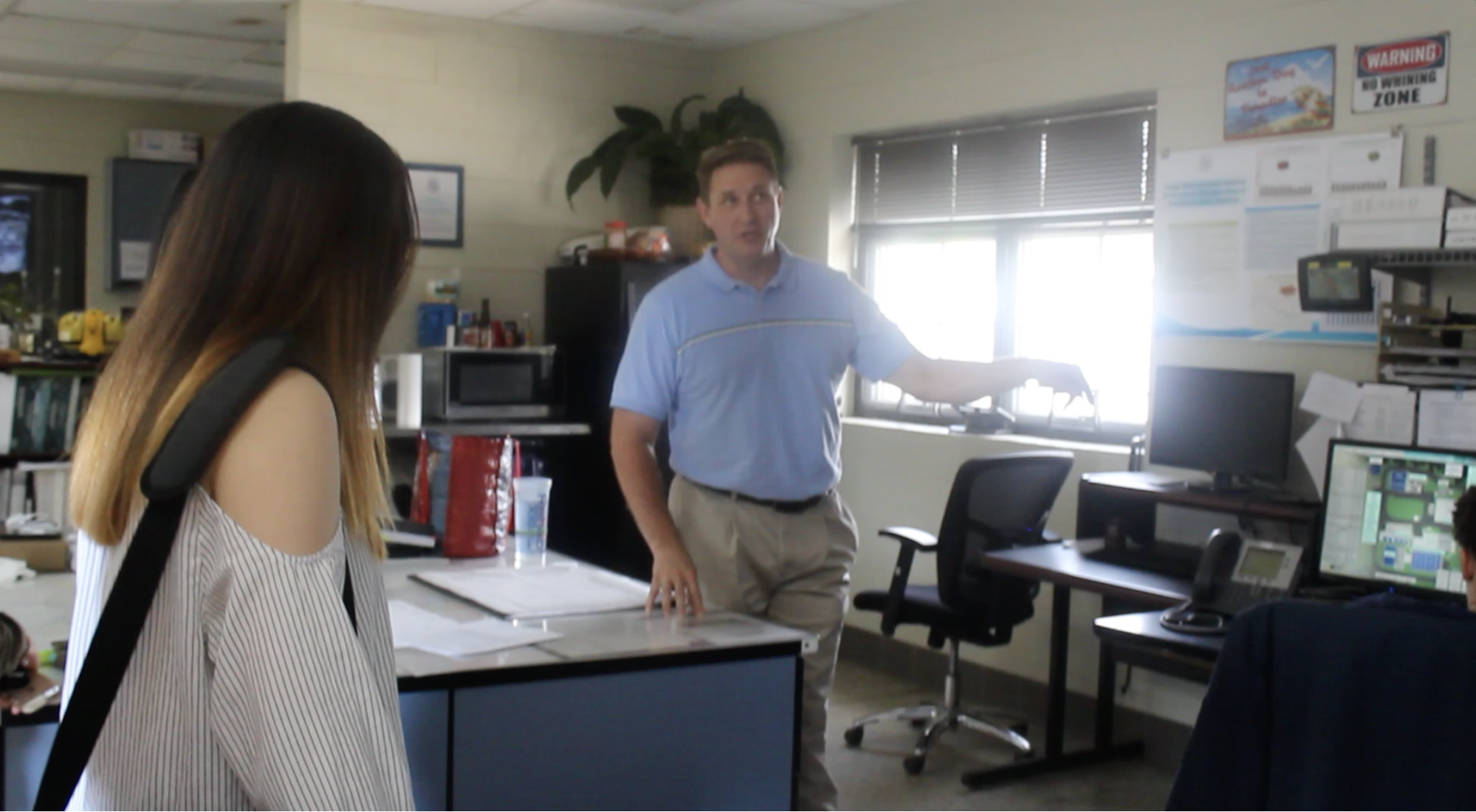 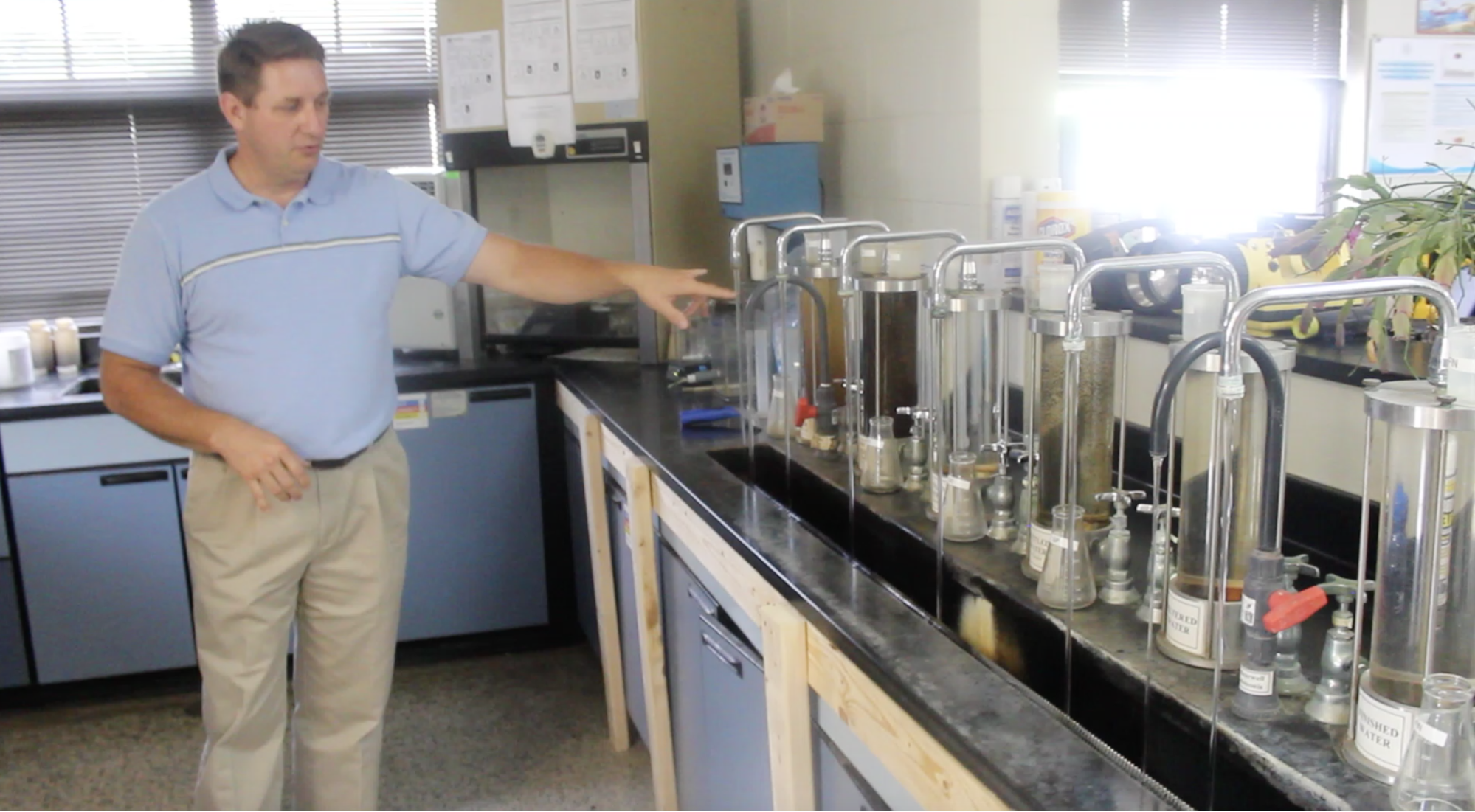 Here is a study guide that we made using the information gleaned from the OWASA trip. The study guide was distributed amongst students in AP Environmental Science Classes at East Chapel Hill High School, who were learning about water treatment during the first quarter of the school year! The feedback from the class was overall very positive; they were thankful for a resource straight from the very people who treat the water they use everyday!

The implementation of our project in the real world relies heavily on public support and the education of the people who are affected by excess fluoridation. We wanted to fully understand the background on our project and its effect on target populations, so we had a skype conference with Laura Craig, the author of “Recommendations for fluoride limits in drinking water based on estimated daily fluoride intake in the Upper East Region, Ghana” - an important document for our team during the early stages of project development. Ms. Craig has a background in water resources and water quality. We explained to her our project that we are taking to the iGEM competition, in which she expressed enthusiasm and gave us tips on how to incorporate our technology into the real world. One of the most important things we learned from Craig was that the residents she lived with in Ghana did not know their water was causing fluorosis. They said “the water looks great and tastes great”; they believed there is nothing to be worried about. If they don’t understand what fluorosis is within their own communities, we can’t sell the idea of SWITCH to them. We must start with education from within the community, illustrating our idea in a way that is understandable and relatable. Laura expressed that the best way to implement our improved riboswitch would be in some type of biological absorption system with an additional step for filtration. In Ghana, she saw water filtration companies selling treated water for a couple cents in sealed sachets. They used a reverse osmosis filter, and tests show that the water they sold had virtually no fluoride in it. Adopting a similar model where water is treated at a plant and people fill their jugs at a low cost would keep everything centralized, easier to control, and cheap. Also, these water companies may be interested in using the cheaper method (fluoride riboswitch) rather than a reverse osmosis filter. The cheaper the production costs, the cheaper they can sell the water to the people! The interview with Laura, offered up a new perspective and brought our attention to things we had never even considered before.
More details on our interview can be found on our Human Practices page and our recorded interview

Fundraisers were a great way to talk to the public about our project and the problems we were trying to solve with our improved fluoride riboswitch. We hosted many fundraisers at the Chapel Hill Public Library, band and orchestra concerts, crowdfunding platforms, and at the Raleigh Museum of Natural Sciences. People aren’t going to donate money to a club they know nothing about, so it was our job to effectively present the research behind fluoride toxicity, the mechanism of the fluoride riboswitch in E. coli, and the logistics of the iGEM competition. We knew that most of the public is not fluent in scientific jargon, so we found ways to boil down the science we were doing at the Kuhlman lab to simple terms that could easily be understood by everybody. However, some of the people we talked with were scientists and researchers at local universities such as Duke University and UNC - Chapel Hill, which subsequently led to deeper and more stimulating conversations about science. 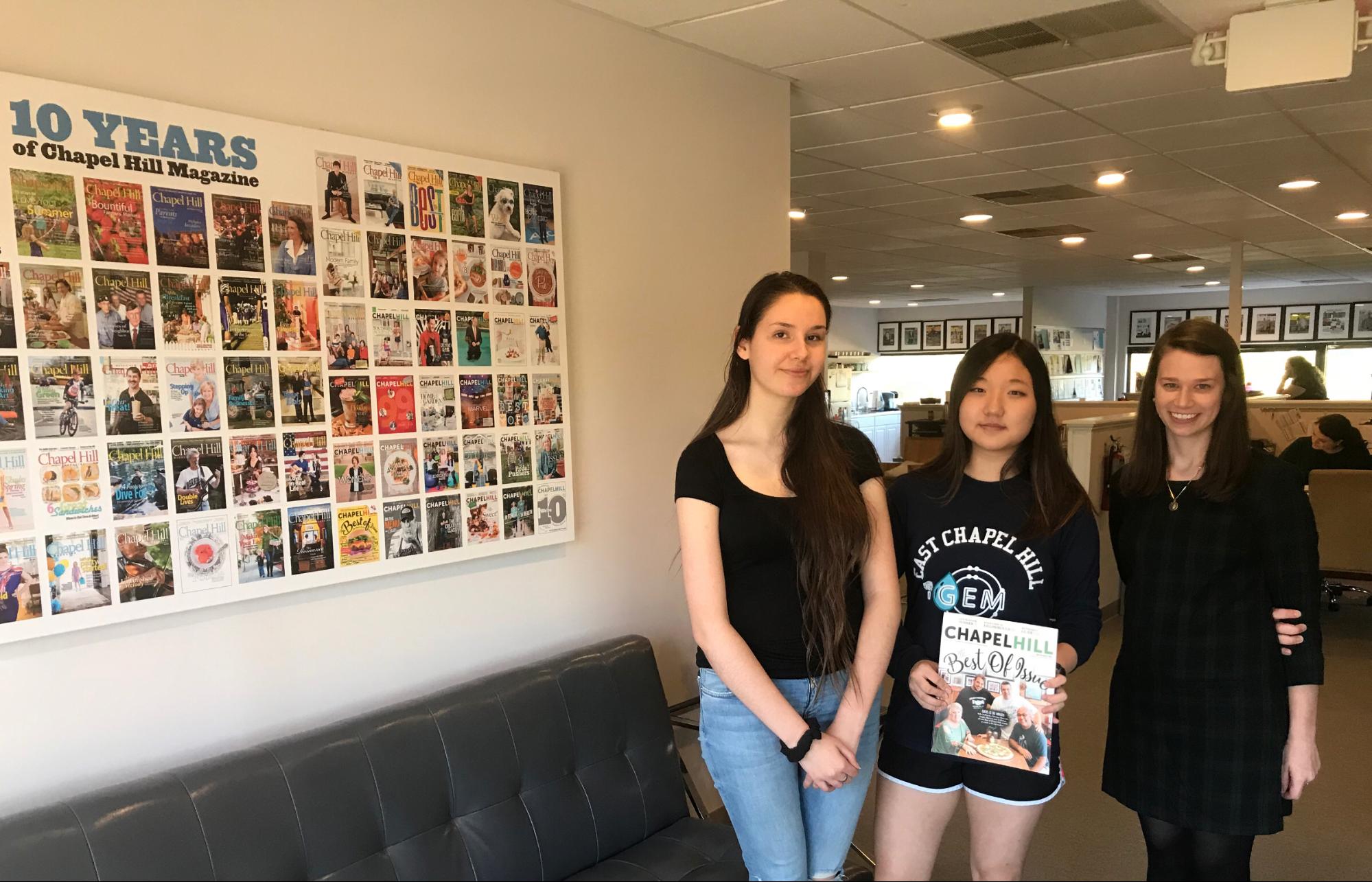 Chapel Hill Magazine was generous enough to feature our team’s accomplishments, development, and enthusiasm in their November issue! We are grateful to them for giving us such a large platform to bring our work to the majority of those in the Chapel Hill area.