Survey about hay fever and recognition of genetic modification 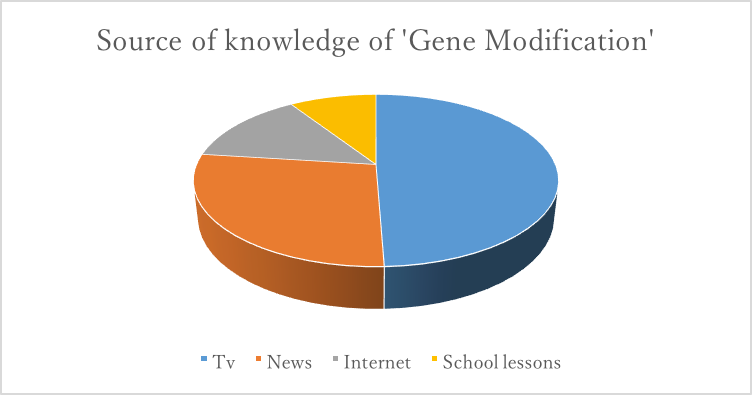 Based on the results of the survey, we believed that the reason why Japanese tends to refuse genetic modified products is because the image of genetic modified food is strong and mostly negative information is taken up in the media. We also made a survey to learn about whether they can recognize the difference between biology and biotechnology.

From the result of our survey, it is reasonable for Japanese to refuse genetic modification because they are unable to understand how and where genetic engineering technology is used, and they don’t have much knowledge about genetic modification as mentioned in the part of our discussion. After we finished taking survey, we gave lectures and held a poster presenting session about the topic of where and how genetic engineering technology was used besides genetic modified foods and introduced past years interesting project designed and created in iGEM. As a result of conducting a survey again after our lecture and poster presentation, we get the result that they get to know that genetic modification is also widely used environmentally and medically. 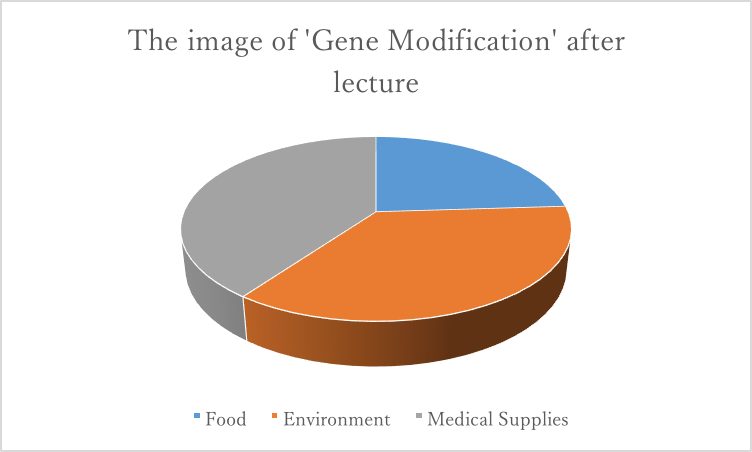 We were able to let them know that genetic engineering technology is widely use in various fields. During our lecture and poster presentation session, we also explained about the project of KAIT_JAPAN this year. As mentioned before, Japanese tends to refuse using products genetic modified, but most of them would like to give a try to use the system we designed to cure hay fever after we gave our lecture. For those who are suffering from hay fever, 86.2% of them would like to try out the genetic modified system we designed. And those who doesn’t have hay fever, 68.1% would like to give a try if they have hay fever. From the results we get from this survey, we get to know that hay fever is a serious issue in Japan. Besides that, as those who does not have hay fever would like to use this system to cure fever, we get to know how much they are afraid of having this allergy. We find out that Japanese who refuses to use genetic engineering products become aggressive when it comes to the treatment of hay fever.

Activities to spread the Technology of Gene Modification in Japan

On August 20th, we held a workshop on agarose gel electrophoresis and gene modification technology, which is the basic of genetic engineering experiments during our university's open campus and explained about iGEM. 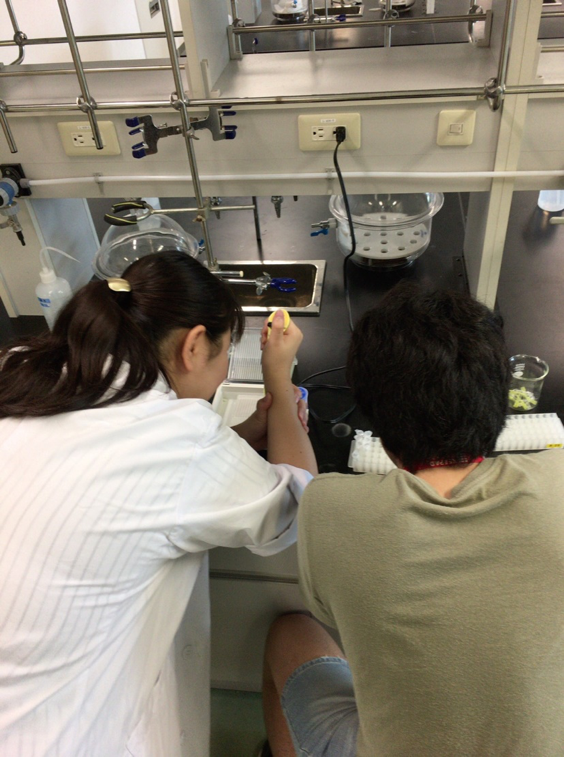 Metabologenomics. Inc. organized opinion exchange meeting named MetaGEM for three times and three universities included KAIT_JAPAN, BochanLab, Tokyo_Tech participated and we received advice and discussed about our project with Shunta Suzuki of Metabologenomics.Inc, Ryouta Takeda of Leave a Nest, and others. Besides that, we won the victory at the presentation competition held by MetaGEM during the opinion exchange meeting. 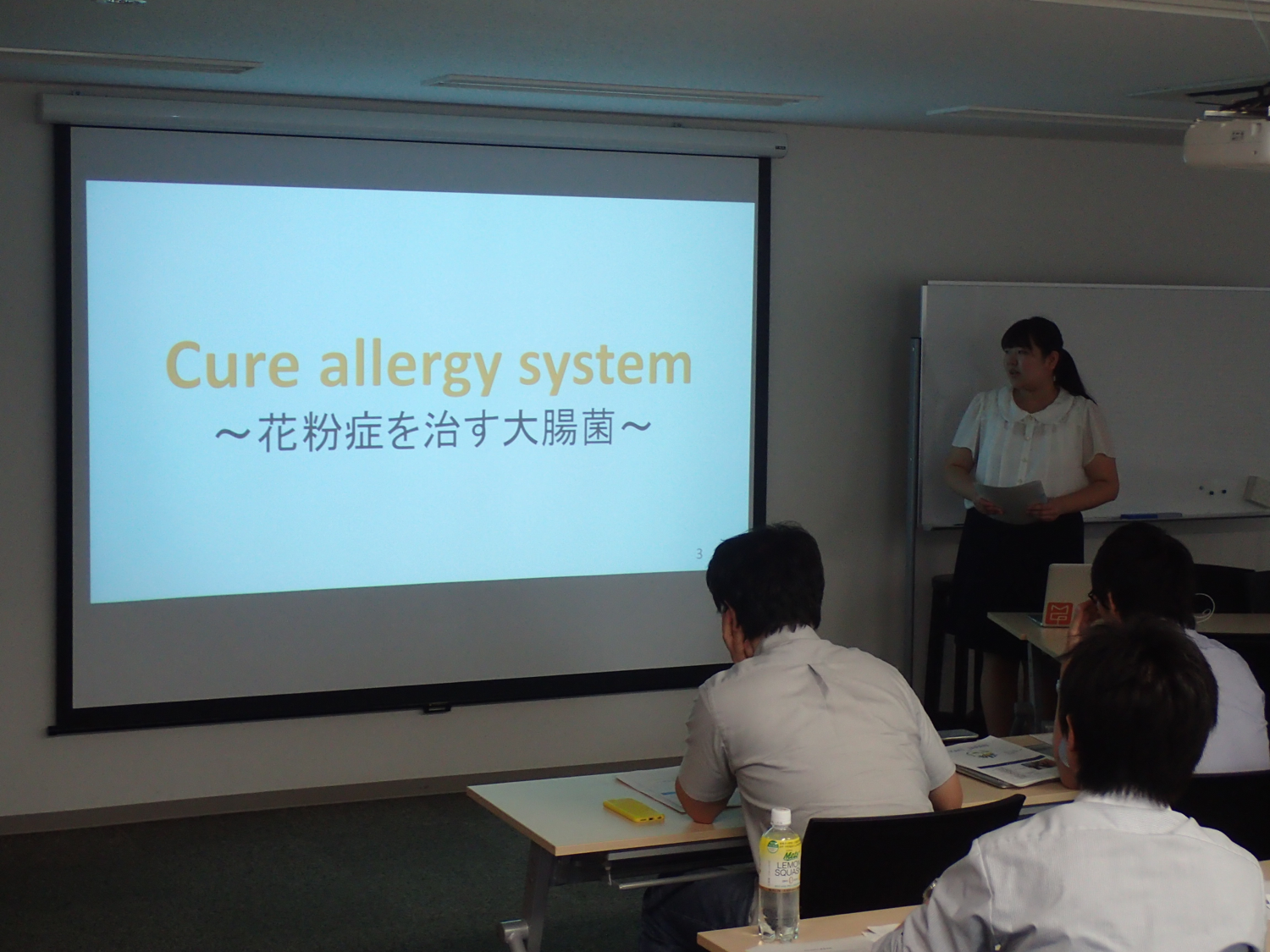 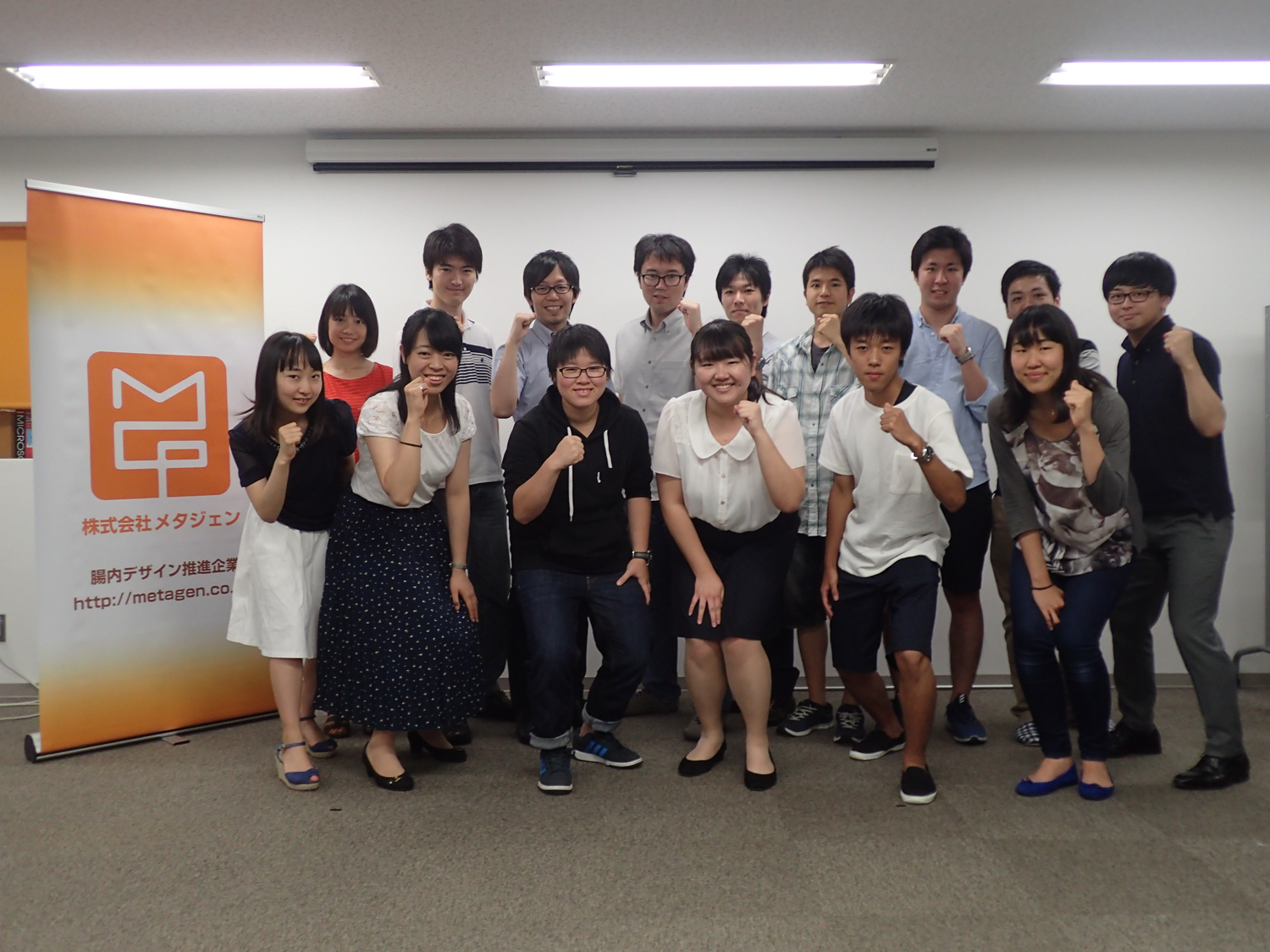