Practice 5: A Survey of Public Opinion about Our Project

In Shenzhen, scale insects always appear people’s succulent plants. Therefore, we conducted a public survey to get people’s opinions and suggestions toward our project, and we certainly want to know how does normal people deal with scale insects. Therefore, this practice activity is closely related to the community and our project’s commercialization.

Result of Our Survey:

42 valid questionnaires are received, and we gain a lot of valuable information on our project. By analyzing these data, we know about the breadth of the harm of scale insects, the varied methods to deal with scale insects, and the usefulness estimated from our project. From first to third questions, 39 succulent and fruit trees planters (a total of 42) in their own breeding plants found scale insects, while the scale insects on the plant's impact is more serious. The high rate also conclusively illustrates the importance and severity of the problem.

From the eighth to eleventh questions, we got a detailed understanding of the scale and cost of farming and insecticide after the plant damage. In contrast, large-scale farmers will use chemical pesticides, the cost is low, and small-scale (domestic) is more to take physical methods, the cost is almost 0. What we want to do is in the premise of low cost, ensuring that the scale insects kill the same effect also play a low pollution, do not hurt plants.

In the last question, we want to know how the public is looking at the possible biodegradation of our future. 91.7% of the respondents expressed confidence in our products, we also hope to live up to their trust, to make our own products to kill scale insects.

Improvement of Our Project after This Survey:

After this survey, we also received some concern about putting E.coli directly to the plants. According to those people, the E.coli may cause damage to people's health, since they wanted to apply our Pesticide Mate to their fruit plants. After receiving this concern, we held a discussion within our team and tried to find a solution to this problem. We came up with an idea of suicide E.coli—we can put the suicide gene into the E.coli and let E.coli that is accidentally poured onto the plants kill themselves, so that we won't have this problem. Thus, this practice activity helped us understand people's concern and let us improve our project to a great extent.

Practice 6: A Research of Current Situation & Interview with Farmers 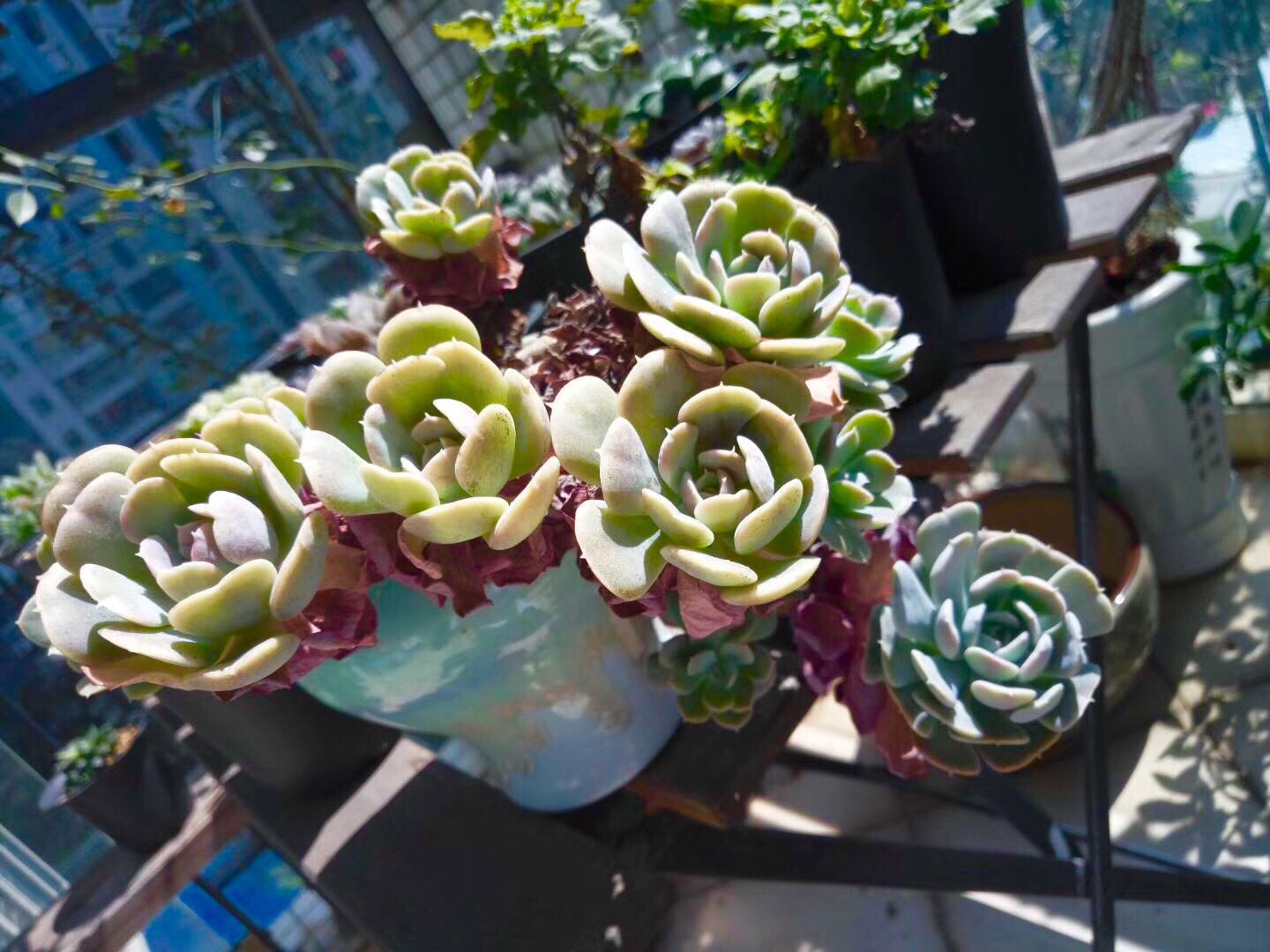 This practice activity is an add-up to the practice activity above. Other than people's opinion and suggestion, we also want to know farmer's opinions. It will also enables us to have a multifaceted understanding of how our project can be used in both normal people's life and farmer's fields.

Therefore, it is also important for us to understand how farmers think of our project. Not only would this inform us how the market would look like in the future, but it would also enable us to know how we can develop our project and make it more beneficial to the farmer.

Because of those reasons mentioned above, we conducted an interview with farmers. The objective of this practice activity is to know more about the current situation of scale insect problem, know how the market will be, and understand how we can develop our project.From the conversation, we knew that farmers use both chemical ways and physical ways to kill scale insects.

II Feedback Result of Our Interview

The main active ingredients contained in chemical insecticides are methidathion and cypermethrin.

Methidathion E.C 40%, which has a molecular formula of C6H11N2O4PS3, can play a strong role in killing the scale insects, but it will have a great impact on the environment. It can be harmful to skin contact, and it’s very toxic if swallowed. Further research told us that this chemical is also very toxic to aquatic environment, and it may cause long-term adverse effects.

Cypermethrin, which has a chemical formula of C22H19CL2NO3, can simultaneously smash the insects. but it is also harmful to environment. It could irritate human being’s respiratory system and skin, and it’s also toxic to aquatic environment.

According to one of the farmers, using chemical pesticide would also create an unbearable smell, which he thought may harm his body and cause health problem. Another farmer also said that the soil would turn to a pale color after a long time of pesticide use, which may indicate a huge damage to environment, as well as an unbalanced ecological system in that area.

Physical methods are generally simpler, but they are too expensive to apply to large-scale cultivation of succulent and waste of labor. If farmers want to use physical ways to kill scale insects, they have to pour a large amount of water, or actually go into fields to kill them by hands. Therefore, it would be hard to kill all scale insects, and it would take lots of efforts, which would be extremely costly as well.

By analyzing these killing methods, we can conclude that there is an urgent need for a low-pollution, low-cost method of insecticide in the method of de-worming.

Since our approach is relatively low in both cost and labor, it can certainly meet the needs of society. Besides, it is environmental-friendly since biological waste is much easier to degrade by the environment. If farmers accdentally pour E.coli liquid to the plants, the suicide design inside the E.coli will let E.coli to kill themselves, so there won’t be any problem or concern about the potential problem of applying E.coli to the field.

In addition, farmers that attended our interview and conversation also expressed an interest in our project, and they encouraged us a lot.

Practice 7: A Discussion with Professors in China Academy of Science

In May 2017, when our team was researching the safety topics of our pesticide mate, we contacted with two senior Botanical experts in Kunming Institute of Botany, China Academy of Science. Scientists showed great interest in our project, and they share their ideas and knowledge on these topics with us.

The main topics of our discussion were, whether there are ingredients on the surface of plants that could be potentially damaged by our product and whether traditional chemical pesticides have that serious effect on plants as stated in some reports.

↑One of the letters sent by Yunchang, to Jianchu Xu, one of the botanists in Kunming Institute of Botany.

Questions inside the letter:

Q1: What is the difference of the wax-chitin-protein layers between plants and scale insect?

Q2: What are the common problems brought by the traditional pesticides to the plants?

Q3: (We realized later that there is a problem within our question) Can SacB promoter induces the SRRz lysis system when sucrose exists specifically?

We sent this email to the other scientists as well and received two replies from them.

↑One of the letter from Gui Heng, PhD

From their letters, we know that:

1.Plants sometimes secret chitinase as an immune mechanism, thus theoretically there is no chitin on the surface of plants.

2.Plants may be harmed when the concentration of pesticides is high or when specific pesticides lead to allergy.

3.Plants keep sucrose as their energy storage material, thus would not release it and induce our bacteria to release enzyme. Our ‘sucrose-induced’ system is safe on the surface of plants and would work on scale insect.

Via frequent correspondence, we set up a long-term communication with scientists within this field. Thanks for their patience and interest!

Practice 8: A Discussion with Succulent Plant Owners that Suffered from Scale Insect Problem.

In order to have a direct understanding of how serious can the scale insects problem be, we had a discussion with students in Vanke Meisha Academy Biology Club. They cultivated lots of succulent plants in their club last year. However, all plants were killed by scale insects. 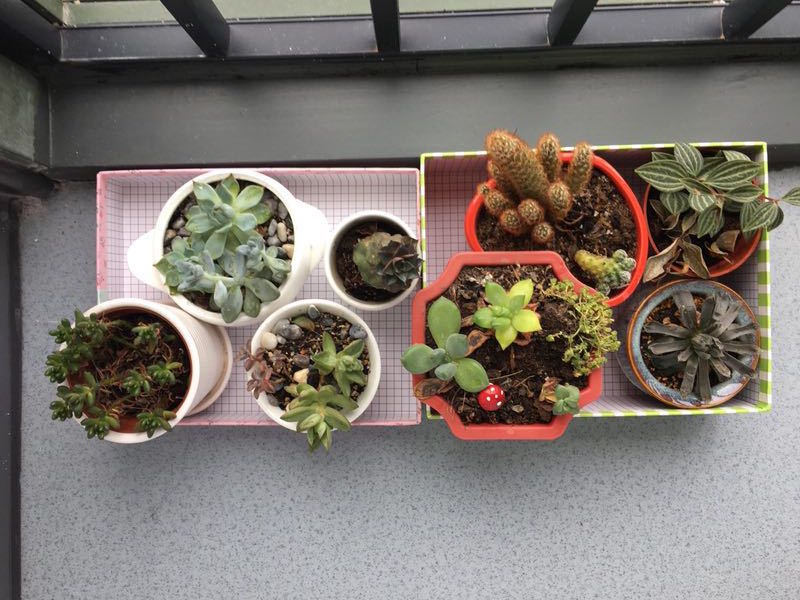 From this discussion, we got a further understanding of the current pesticides—they are probably unable to kill scale insects sufficiently and efficiently due to the hard shell of the scale insect. Therefore, it is significant that we developed a Pesticide Mate, which can break the shell and let the pesticide pass through scale insect's hard shell.

Besides, students from Vanke Meisha Academy Biology Club also gave us supports and praise our project. Since all of their succulent plants were killed by scale insects, they even promised to be the first customer of our project and said that they were willing to kill scale insects by using our Pesticide Mate. 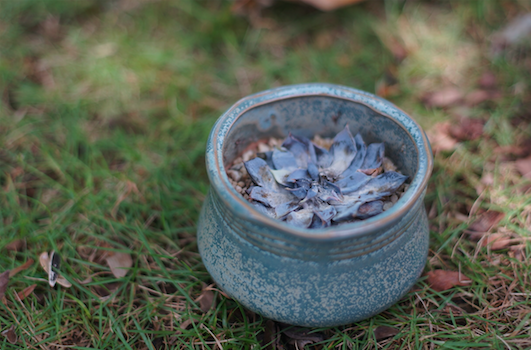 This is a picture of a dead succulent plant.