This construct is produced by combining BBa_114034 promoter part and a GFP coding sequence. This plasmid contains ColE origin and CamR resistance.


Three negative control constructs containing different promoter sequences were used and compared in this assay: 1) T7 promoter (Invitrogen, USA), 2) pCP25 (BBa_K1509003) and 3) pPA3 promoter (BBa_K2458000). These three promoter do not contain GFP coding sequence.
For the fluorescence detection, we used a plate reader Infinite M200pro (TECAN Trading, Switzerland) which is equipped at the Ellington lab in UT Austin.
Because the part’s description stated that part BBa_I14034 is designed as a constitutive promoter, we did not add Isopropyl b-D-1-thiogalactopyranoside (IPTG) as a inducer for gene expression.
The plate reader measured the absorbance and fluorescence of each cell containing the BBa_I14034::GFP construct and non-GFP construct. Value of fluorescence was divided by cell density (absorbance) and the final result was shown as a graph in Figure 1 (below). The graph in figure 2 (below) shows a close-view of the fluorescence measured of the GFP driven by the control promoters. 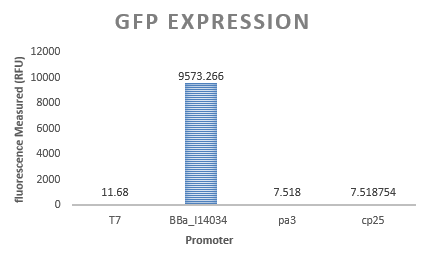 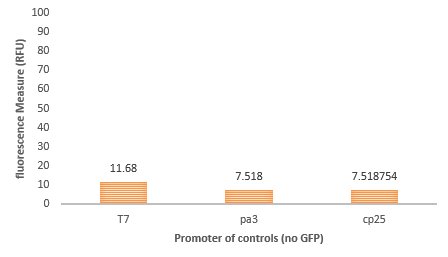 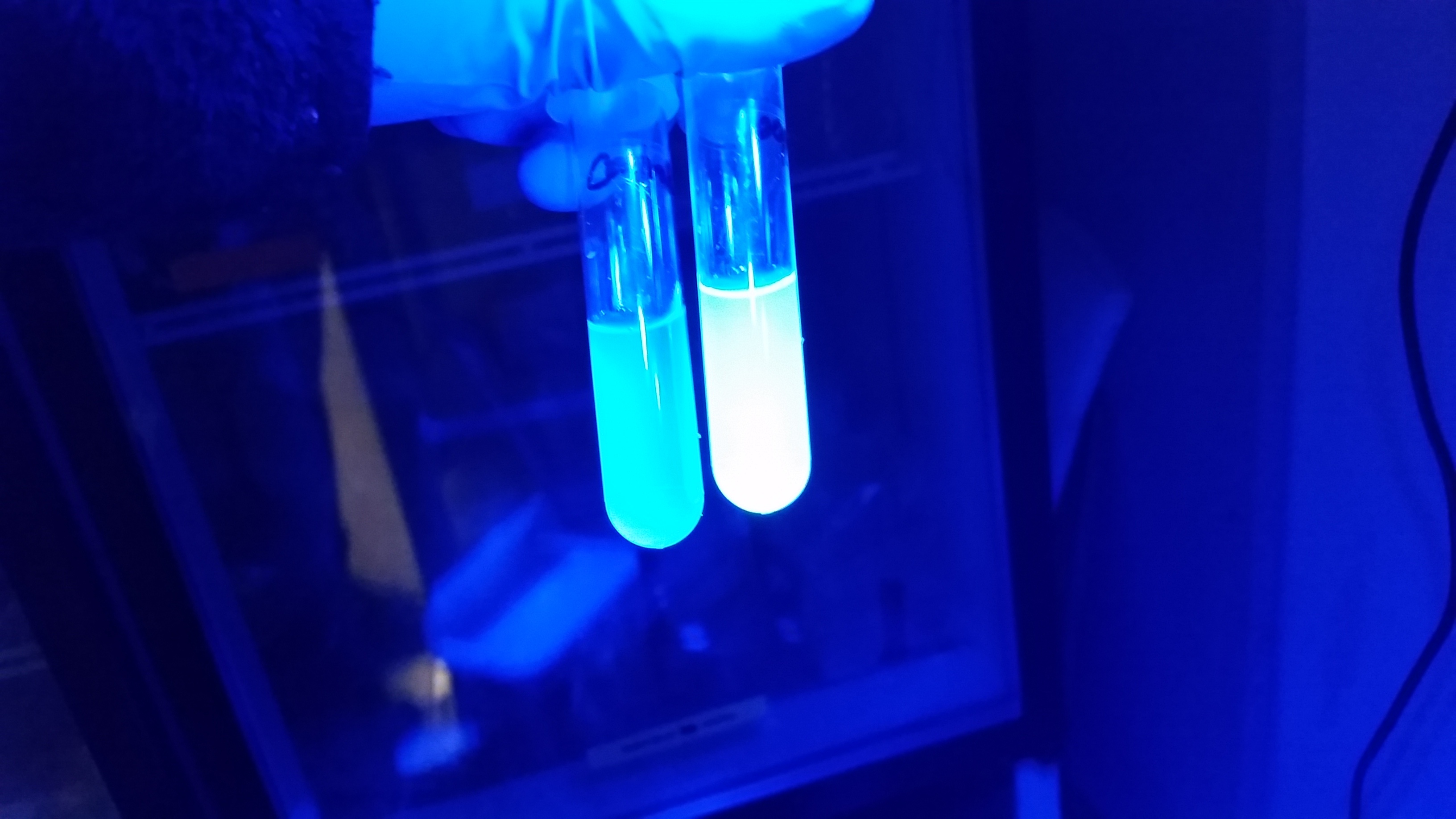