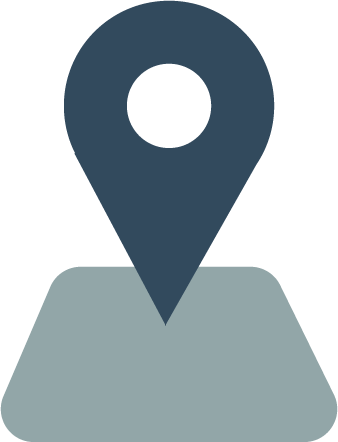 The colonies of bacteria transformed with this plasmid are clearly red under natural light after about 18 hours. Smaller colonies are visibly red under UV. The RFP part does not contain a degradation tag and the RBS is strong. This part is commonly used, but can fail if the system contains LacI or CAP protein. (Informations from iGEM website, “parts” section).

The promoter of mRFP1 gene in each plasmid is supposed to be inducible (with IPTG) but a strong leak of RFP production could be observed. (fig 2)

Figure 3 : SnapLab, the detection kit made by Grenoble-Alpes iGEM Team. 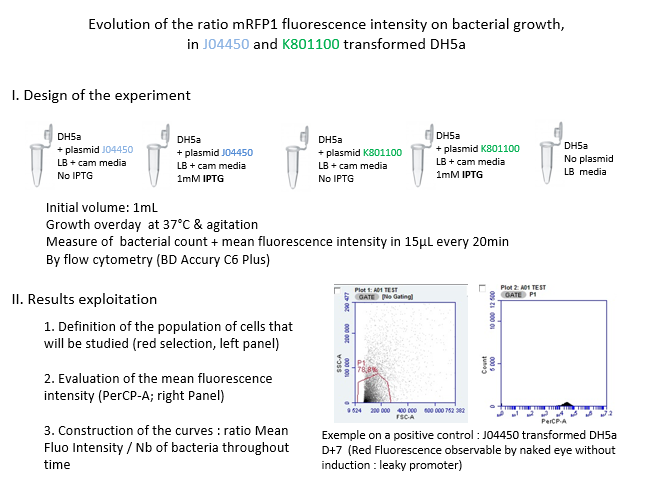 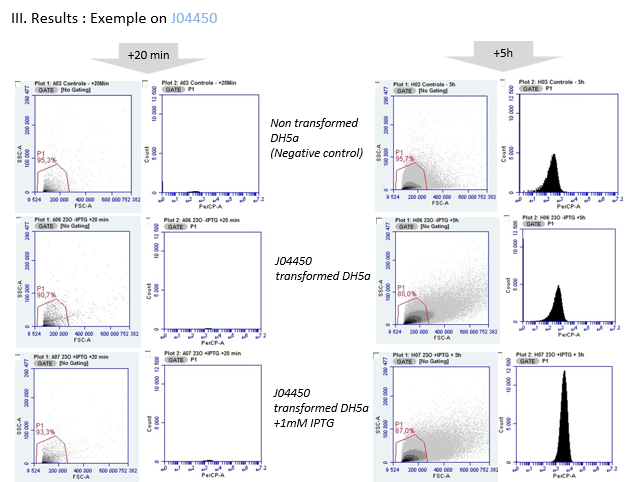 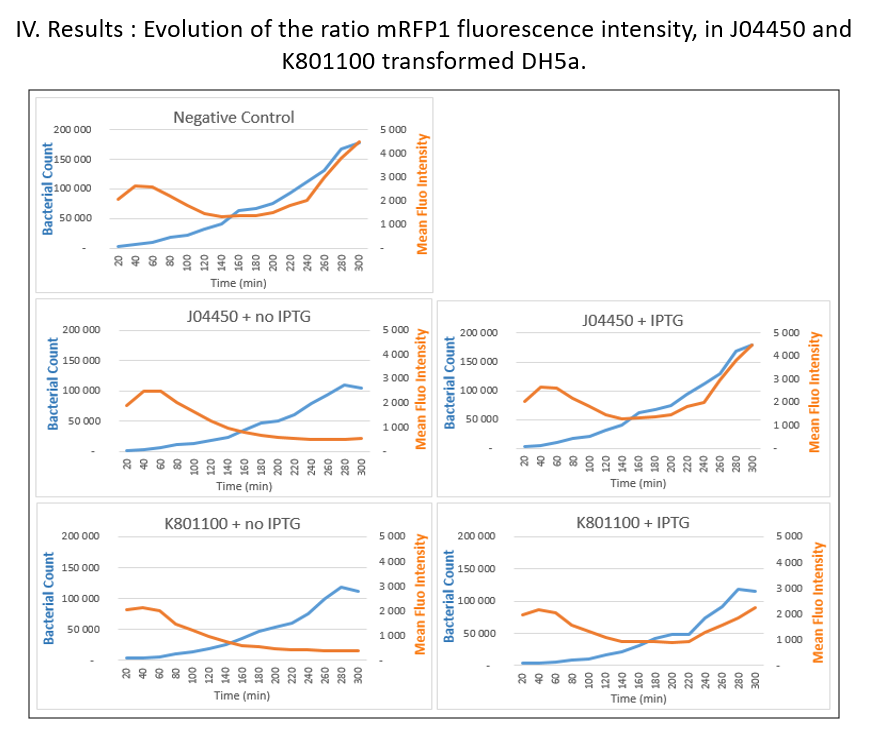 Results showed IPTG had an importance in RFP production. Indeed, we can see that IPTG allows a shorter rise of fluorescence. It could be interesting to repeat this experience with different IPTG concentrations, to see whether the delay of apparition of the red fluorescence would decrease with a higher amount of inducer.