As we were considering a few environmental problems that could occur around us, we learned that feeding livestock could be detrimental to aquatic environment if not taken care of properly. To be more specific, phytic acid, which is a major storage form of phosphorus in plant tissues such as brans and seeds of cereals, is contained in livestock feed but not absorbed by non-ruminant farm animals through digestion and eventually drained into rivers, seas, or other aqueous environments. This may cause eutrophication in those environments.

But this is not the only problem regarding this chemical. Phytic acid may even trouble ruminant animals. Ruminant animals form a symbiotic relationship with microorganisms that live inside their rumens, or stomachs. Among the microorganisms there are kinds that produce a protein called phytase, which breaks down phytic acid. This allows the ruminant animals to obtain phosphorus derived from phytic acid. However, phytic acid has a strong binding affinity for minerals like zinc, iron, calcium, etc. So as the phytic acid is broken down to be absorbed as nutrient, it collects those elements in the rumen depriving the animals of their important minerals simultaneously. This could possibly decrease the efficiency in the animals’ process of taking in nutrition.

In short, there are quite a few problems deriving from phytic acid. We thought that we may be able to alleviate this situation if we could break down phytic acid in the feed efficiently. To realize that it seems the most promising to add phytase in the feed in advance. Nevertheless, this requires that phytase endure the heat-treatment done as a part of sterilization of the feed. Inspired by the project of Heidelberg 2014: “The Ring of Fire” in which the team successfully stabilized proteins through circularization, we iGEM HokkaidoU_Japan decided to work on stabilization of phytase by inducing self-circularization. 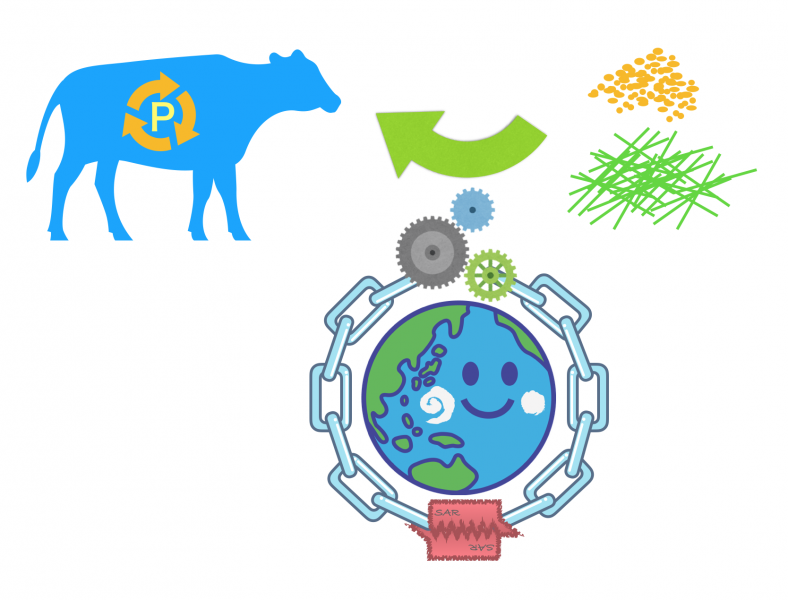