Function: Inducibly secretes serine to attract Followers in the system.

Gene fragments of SerA, SerB and SerC were amplified by PCR and checked by electrophoresis (Fig. 1A). The predicted sizes of these three cDNAs are 1,233 bp, 969 bp, and 1089 bp, respectively, which matched our experimental results. The vector that expresses SerA, SerB and SerC as an operon is shown in Fig. 1B. 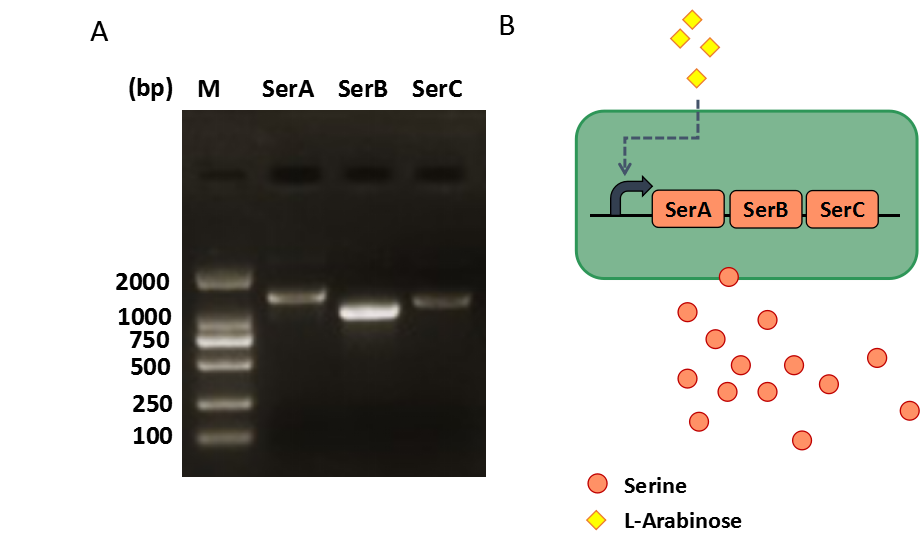 Figure 1. Electrophoresis of SerA, SerB and SerC cDNA fragments (A) and the operon diagram of pBAD-SerA-SerB-SerC vector (B).

To demonstrate whether Leader A can secrete serine, we performed serine detection experiment using HPLC. The results indicated that serine levels were markedly increased in Leader A group at 12 h, 24 h, and 48 h time points, as compared to the control group (Fig. 2). Moreover, elevated expression levels of serine were detected in Leader A group in a time-dependent manner (Fig. 2). These results indicate that Leader A can secrete serine successfully. 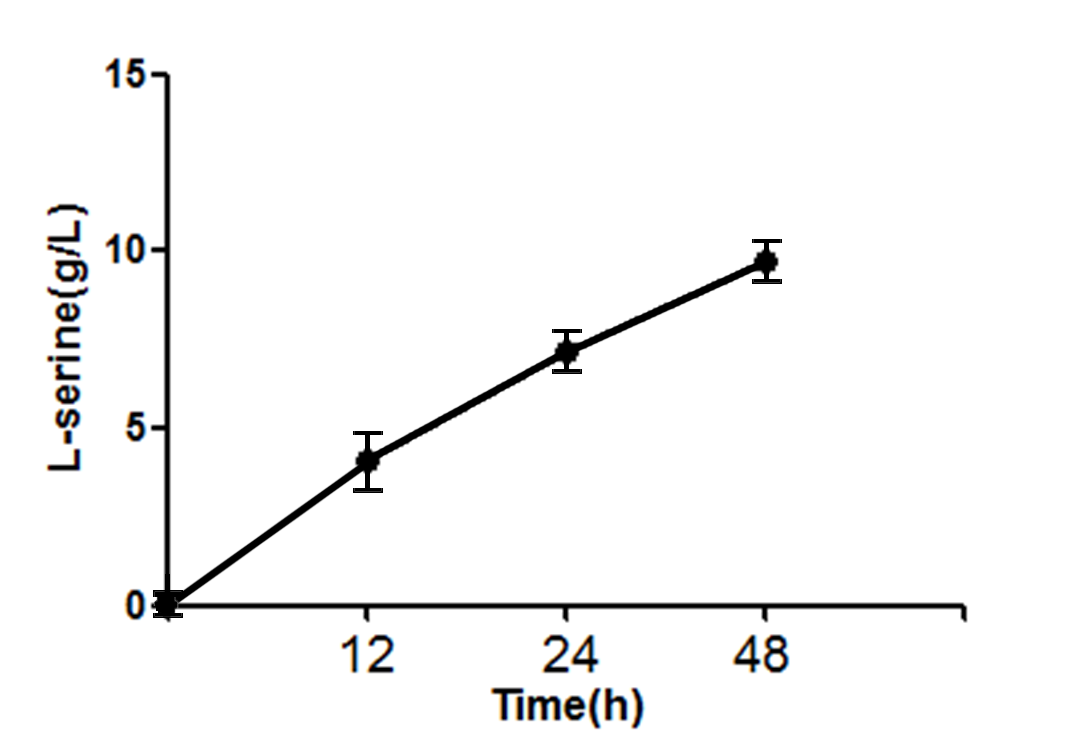 Function: It was dervided from a wild type strain and can produce leucine.

To identify the function of Leader B, a kit designated for leucine detection was used. The results showed that leucine levels were around 10-5 M to 10-4 M at 48 h and 96 h time points, markedly increased in Leader B group as compared to the control (10-9 M to 10-10M) (Fig. 3). The results indicated that Leader B can secrete leucine successfully. 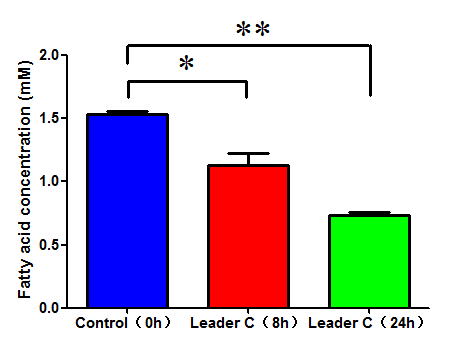 Figure 4. The levels of fatty acids in the control groups and Leader C groups


Follower D & Follower E bacteria were tested.
To confirm the system can work properly, we needed to verify the theory that these two types of bacteria “Follower D” and “Follower E” have chemotactic response to serine but show anti-chemotactic response to leucine. Therefore, we created a device consists of needles and capillary tubings (made of medical plastic) (Fig. 5A). First, to confirm the optimal chemotactic time of serine, we put the capillary tubings with different concentrations (0, 10-6, 10,-5, 10-4, 10-3and 10-2 M) of serine into bacterium suspension for 10, 30 and 60 min, and then determined the bacterium numbers in the tubings. The results indicated that serine reached the highest chemotactic effect at 30 min (Fig. 5B). Thus, we used this time point (30 min) for all subsequent experiments.

Figure 5. The device for detecting chemotaxis of serine to bacteria (A) and the numbers of attracted bacteria at different time points of incubation (B).

Figure 6. The colonies formed on plates (A) and the colony-forming unit (B) at different serine concentrations.

To confirm this result by another approach, we also used flow cytometry to determine the amounts of bacteria in this experiment. Consistent with the results obtained above, the numbers of bacteria counted by the flow cytometer also increased in proportional to the concentration of serine (Fig. 7A and B).

Figure 7. Flow cytometry analyses of bacteria in chemotaxis experiments (A) and the quantitation of bacteria at different serine concentrations (B).


In the experiment to examine the anti-chemotactic effect of leucine, we used the “leucine-mixed-with-bacteria” method instead of “serine-in-capillary” method. We first mixed bacteria with different concentrations of leucine and then inserted capillaries containing regular medium (without leucine) into these bacteria. This experiment is based on our assumption that bacteria in leucine-containing medium should escape and move into these capillaries without the repellent for “refuge”. We then determined the amounts of bacteria in the capillaries by flow cytometry. As shown in Fig. 8A, the amounts of bacteria in the capillaries significantly increased as compared to the control group. Moreover, the increasing tendency of bacteria displayed a leucine dose dependent manner. The data suggested that leucine exerts repellent effects on bacteria. Furthermore, we mixed serine with leucine to test whether serine can exert dominant effect over leucine to attract bacteria, which is the key design of our system. As shown in Figure 8B, in the leucine-treated group, increasing concentrations of serine can remarkably increase the amounts of bacteria in capillaries, and reached to a peak in the 10-2 M serine-treated group (Fig. 8B). In addition, in the 10-2 M serine-treated group, the numbers of bacteria were significantly higher in 10-4 M leucine-treated group than 10-2 M leucine-treated group (Fig. 8B). It suggested that high levels of serine can attract a lot of bacteria in medium with different concentrations of leucine. 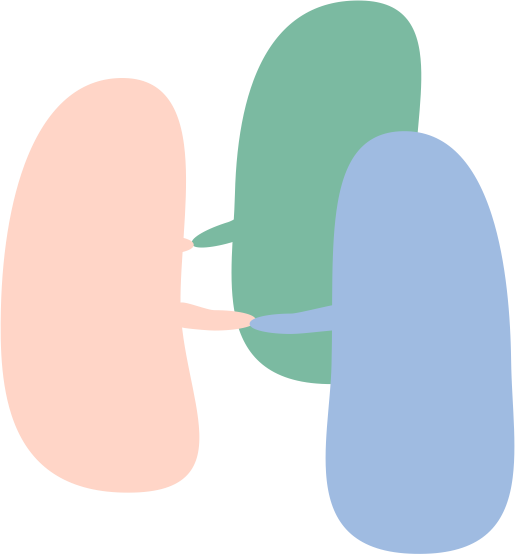 To determine the retaining time and the effect of Leaders, we embedded Leaders A, B and C with sodium alginate, and detected the variation of serine, leucine and fatty acid in their co-culture (Fig. 9).

Figure 9. Different views (A and B) of embedded sodium alginate gel embedded with Leaders A, B and C.