The arena is Thymios playground where he is driving around during the experiments. The arena was planned to be as adaptable as possible. Many different arena set ups have already been tested, many more will be tried out in the future.

This section shows the arena setup used for our real life experiments. The arena itself might not look particularly spectacular, but it is still one of the most important parts of our project. One idea is that this arena is very customizable. When planning the setup a lot of emphasis was placed on the fact that the arena can be quickly assambled and again dissmounted. Several different arena constructions were tested. This adaptability makes it easy to remodel it into a complicated maze by adding just a few more intermediate walls. Such a setup could show how our biohyrid robot could solve a maze. With the help of our model we have already been able to demonstrate the problemsolving capabilities of our biohybrid system. For practical and financial reasons, it was decided to build the arena from cheap, easy-to-procure and changeable materials. Therefore, the choice fell on various wooden boards and cardboard objects. 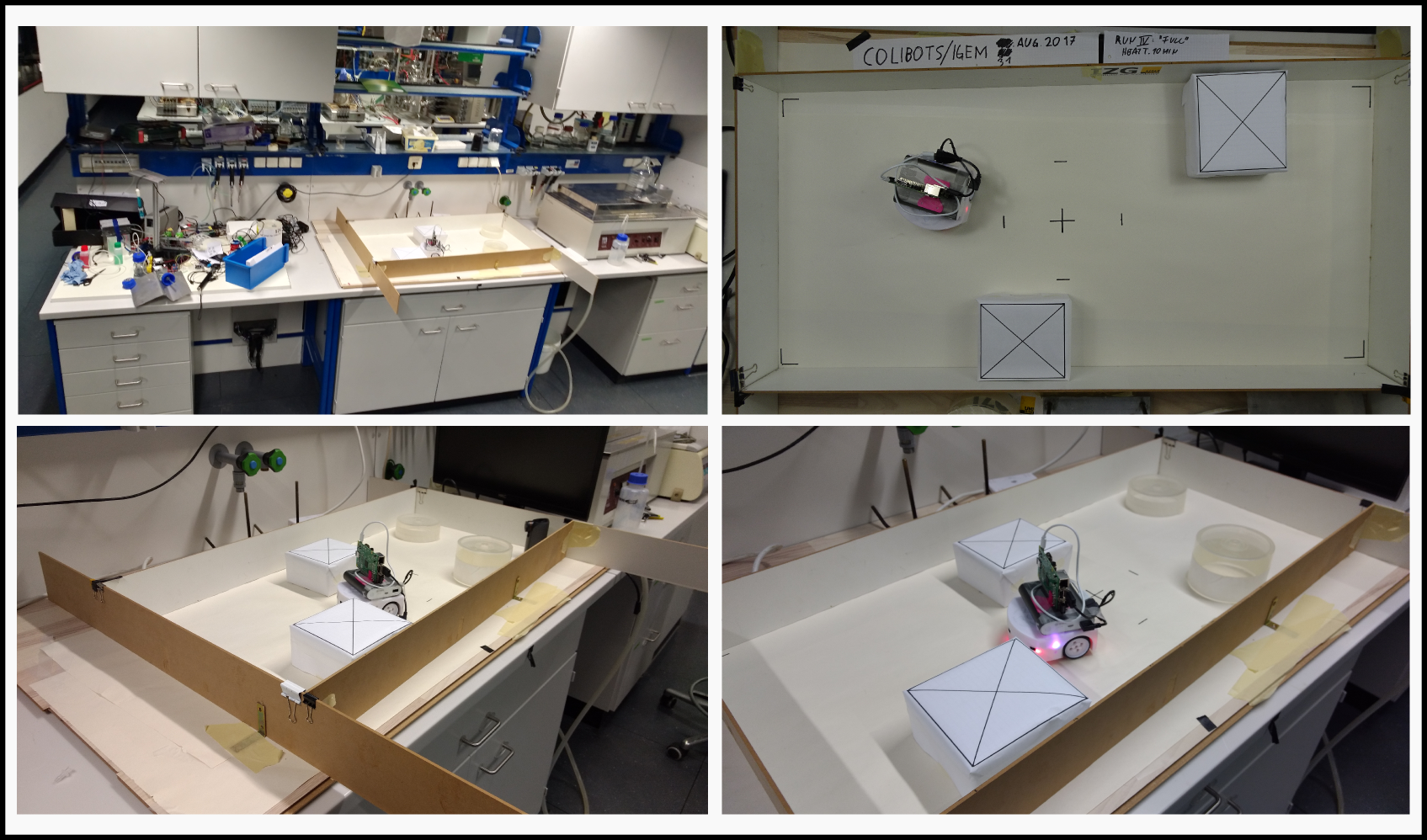 Fig. 1: Our robot arena from different angles. Top left: The arena embeded in the laboratory environment. Top right: Top view of the arena with a robot in it. Bottom left: Inactive Thymio in our arena. Bottom right: Active Thymio in the arena.