This module consists of two lab bottles, containing an acid and a base solution. Two peristaltic pumps are controlled according to the sensor values of the robot, to specifically set the pH value of the reactor medium. 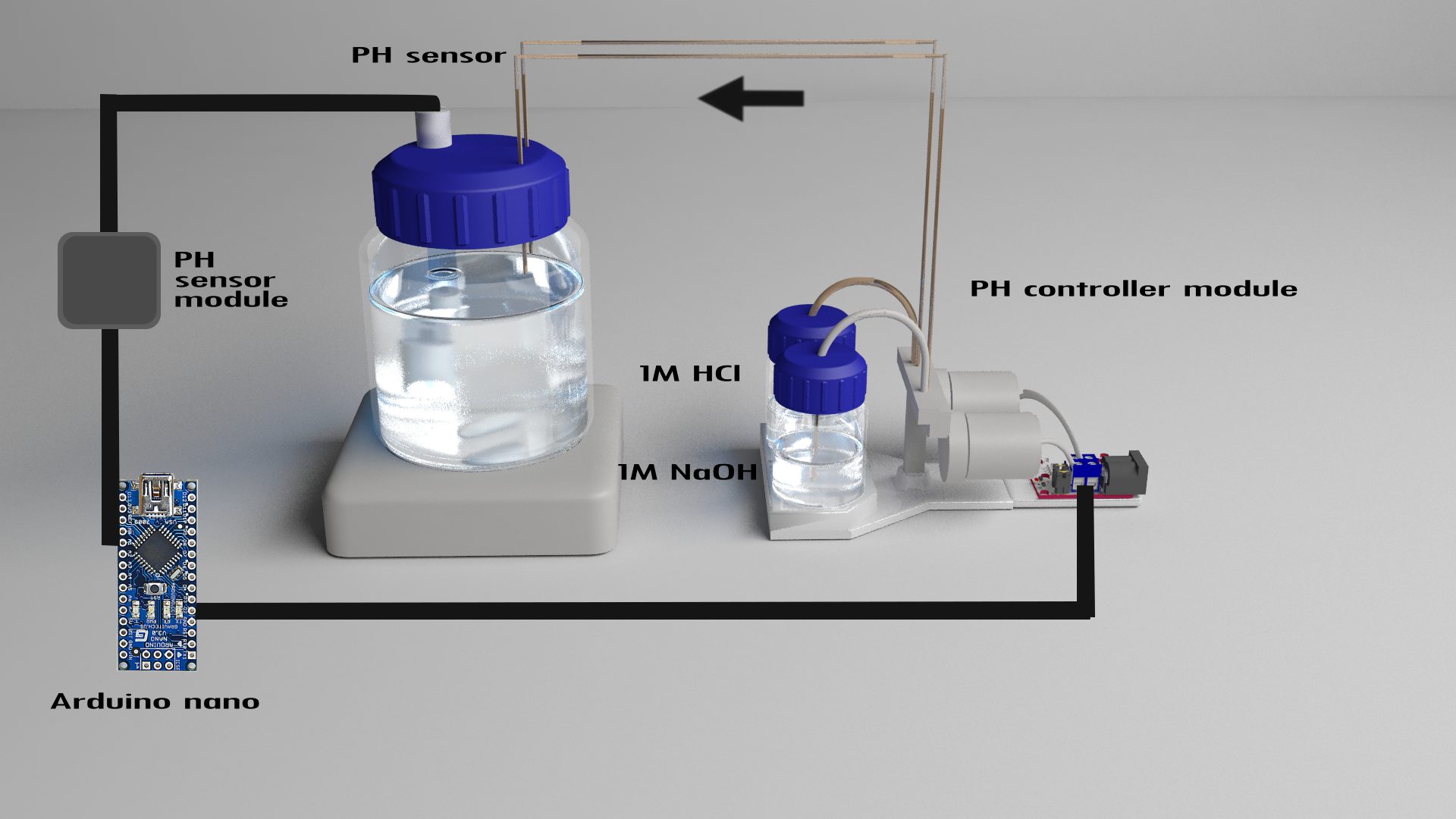 Fig. 1: The pH-controller for the pH-inducible promoter. A 3D printed ground plate was set up with two peristaltic pumps and an H-bridge motor control module. Two lab bottles filled with 1M HCl and 1M NaOH can be placed on the sockets. In combination with the pH-Sensor (DFRobot), it was possible to set the pH value of the reactor medium to specific pH values.

Aluminium beams and screws from a set called “maker beams” were used for the construction of the pH-interaction module. The ground plate was modeled so that the beams fitted nicely into their basements on the plate. The peristaltic pumps were connected to the beams through their in-build sockets and wired to the H-bridge motor control module. An additional beam was placed near the two bottles that would help to keep the silicone tubing in place. Holes were drilled into the caps of the lab bottles and metal threads with rubber sealing screwed inside. Glass burettes were carefully sawed a little at one place so they could easily been broken. The edges were grinded with sand-paper to protect the tubing. The glass burettes were placed inside the sealed threads and pushed deep inside the lab bottles. Silicone tubing was attached to the endings and connected to the peristaltic pumps. 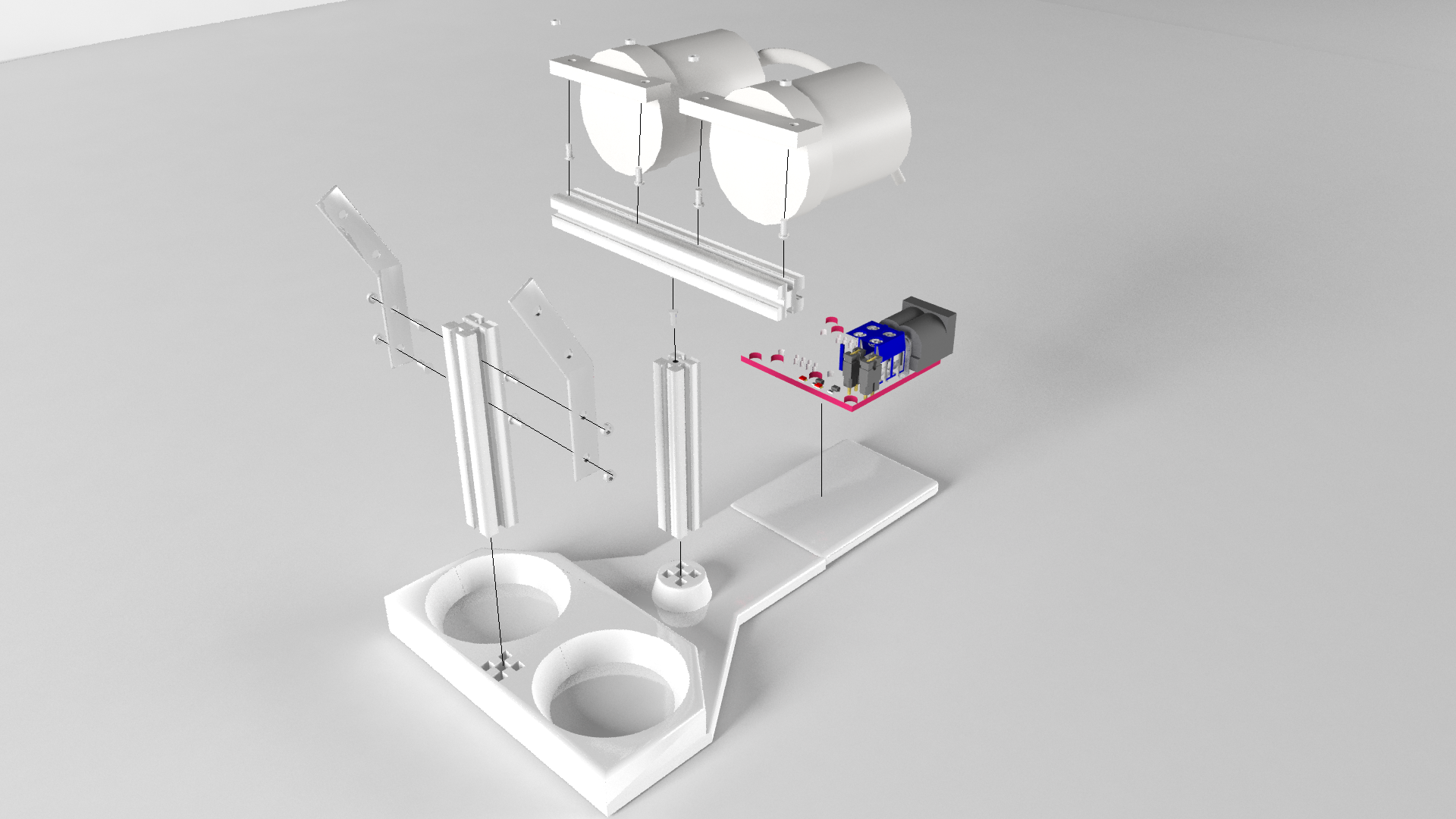 Fig. 2: Assembly of the pH interaction module with aluminium beams and screws. 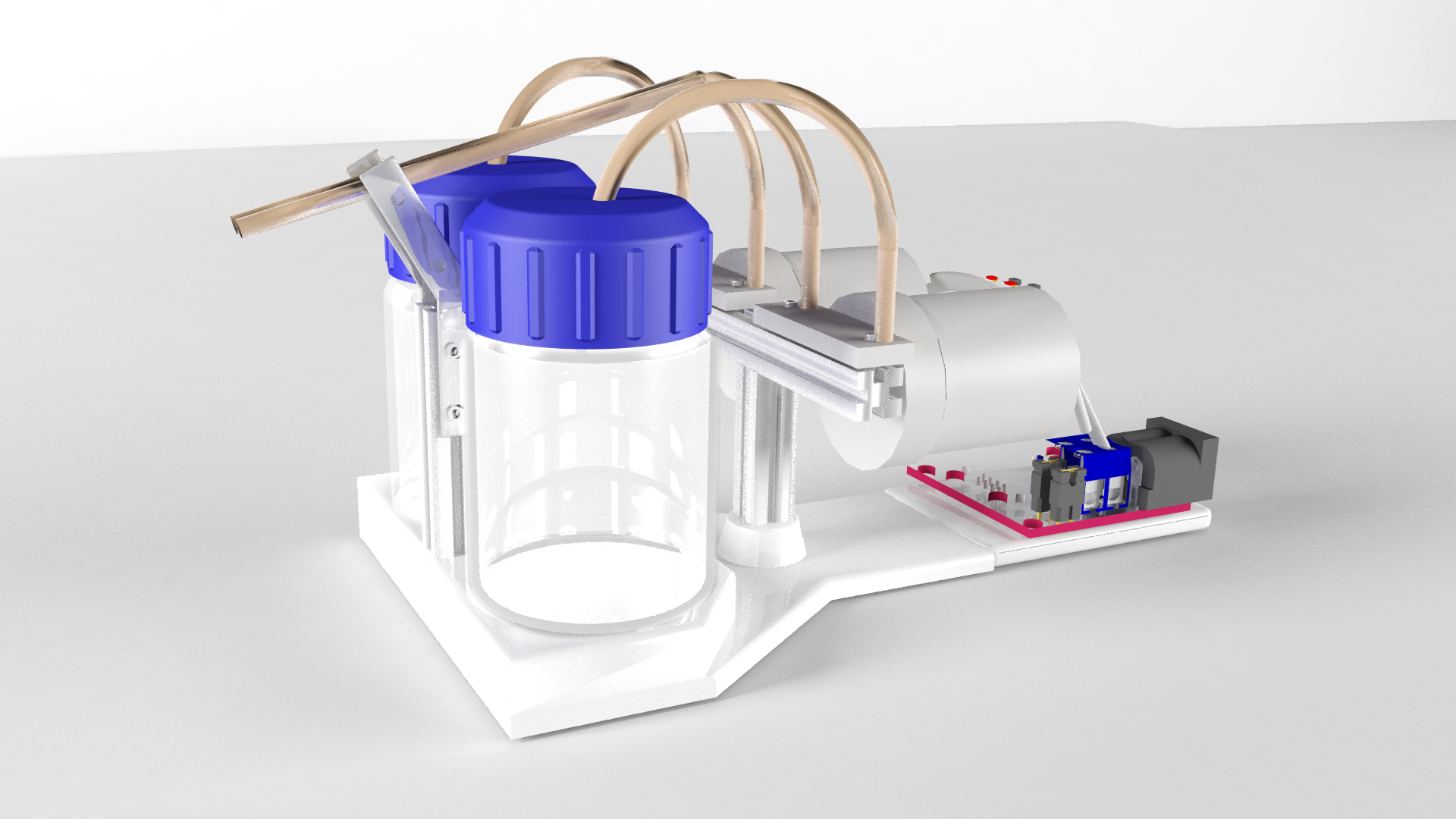 Fig. 3: Assembled pH interaction module. This could be placed safely on the lab bench while keeping everything in place.

The two lab bottles were filled with sterile “correction solution”. The first one was filled halfway with 1M HCl, the other with 1M NaOH. The code was loaded onto the Arduino nano and had a serial communication part implemented. By typing “6” into the serial monitor field, the pH interaction module ran the algorithm for the correction to pH ~ 6.0. Same was possible for setting the pH value to pH ~ 8.0 by typing “8”. 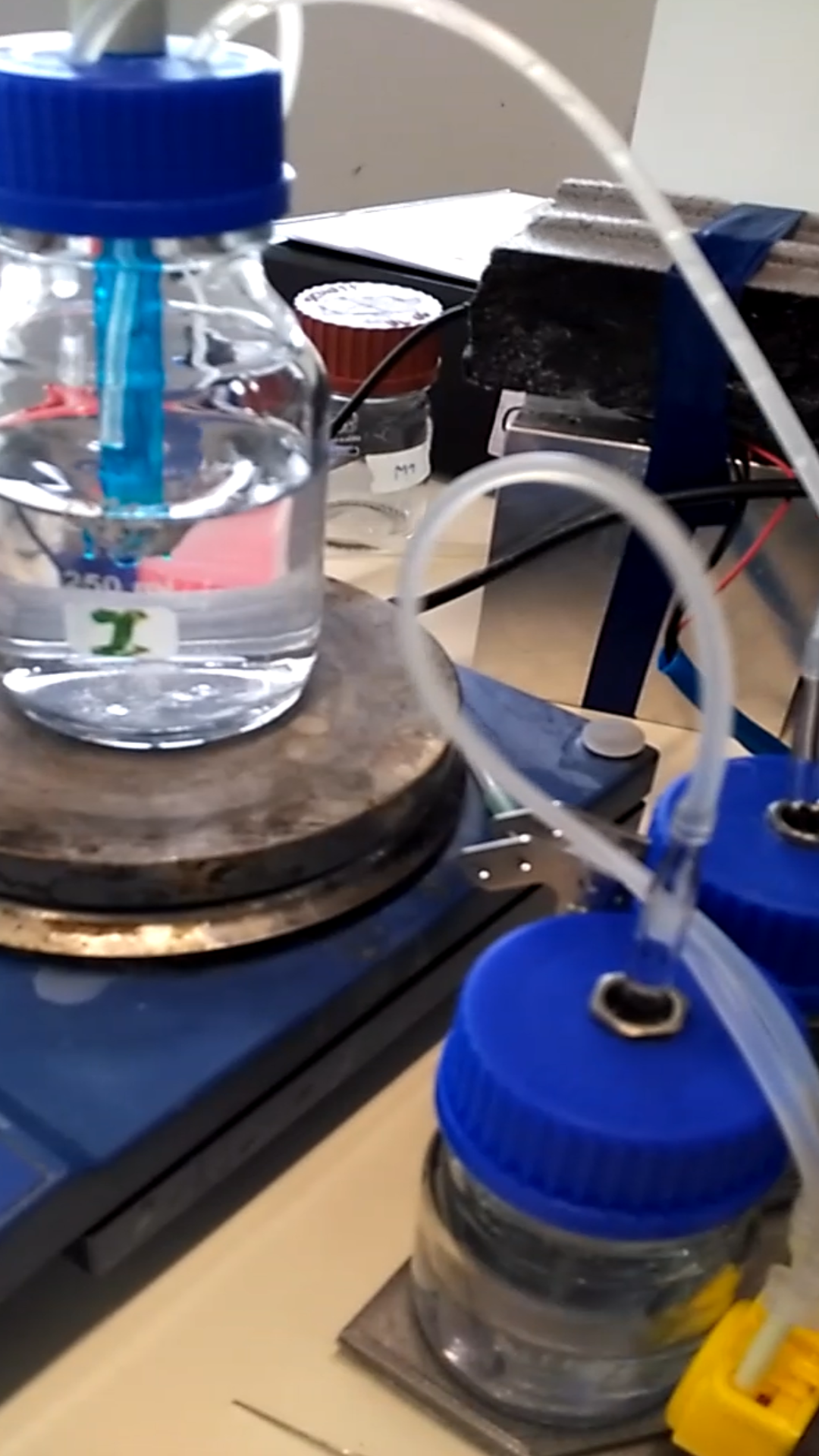 Fig. 4: Picture of the pH-interaction module in a test run, dripping 1M HCl in M9 medium. Magnetic stirring was used. The pH sensor module measured the current pH and the Arduino controlling the peristaltic pumps altered the pH value of the medium to ~ pH 6.0 on command. 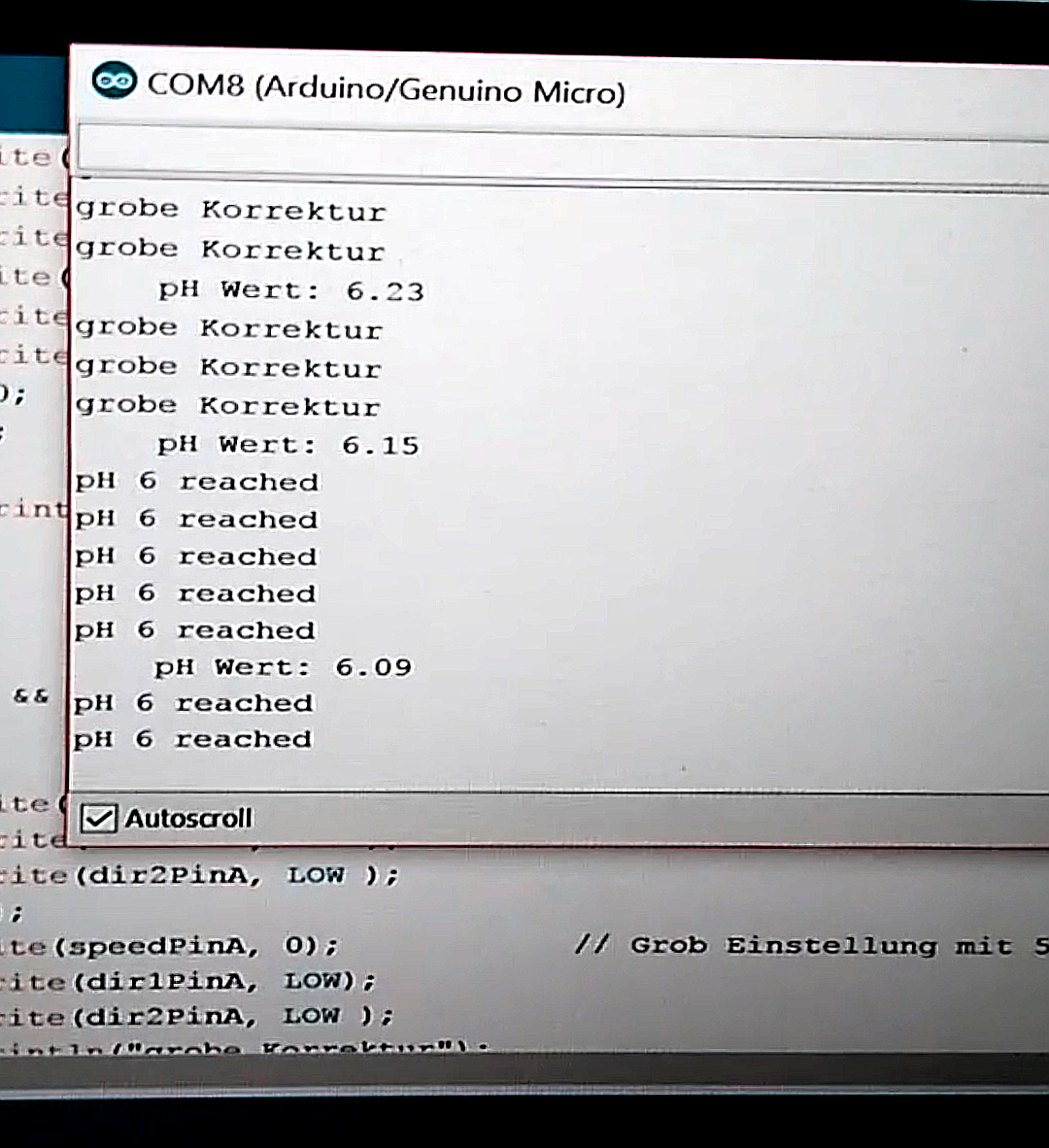 Fig. 5: Picture captured of the Arduino serial monitor output that was controlling the pH-interaction module. “grobe Korrektur” which means “rough correction” was printed until pH 6.1 was reached. In this process more drops of 1M HCl were pumped into the test reactor. Trials showed that pumping could be stopped at pH 6.1 since the value will drop further after some more stirring.

The Arduino code for the pH-controller was designed in a two staged mechanism. At first a larger volume of either HCl or NaOH was pumped into the reactor bottle until a threshold value was measured. In this case it was pH 6.3 for acidic conditions and pH 7.7 for basic conditions. At this value, the motor control was set to much smaller voltages so the liquid came in dropwise until the desired pH-value was achieved (6.0 or 8.0).