The iGEM Team NAWI_Graz looked for different possibilities to collaborate with other teams. These ranged from simple e-mail communication and skype conferences to learn more about the competition and the support provided by iGEM, online discussions in the field of security, material support for other teams with our own constructs, and the development of a software to improve our robot algorithm and therefore giving other teams the possibility to support us from their own location. They all looked much more difficult and complicated than we originally thought, but they all helped us to realise our project in this form.

Tu Delft send us an e-mail and invited us to their European meet up. The idea of ​​an earlier, smaller version of the Giant Jamboree in Europe excited the whole team and we decided to send seven people to the Netherlands to get in touch with other iGEM teams.  Due to the meet up we gained our first experiences in poster presentations. With lots of euphoria and motivation we enjoyed the various lectures at the TU Delft. They arranged excursions in Delft and Rotterdam (lovely Pannenkoekenboot, really delicious) and above all, the large poster presentations of all the different teams. It was a great opportunity to meet other iGEMers and to improve our skills by presenting our project to them. The provided summary of all presented posters helped us to find and rework our own poster design for Boston. 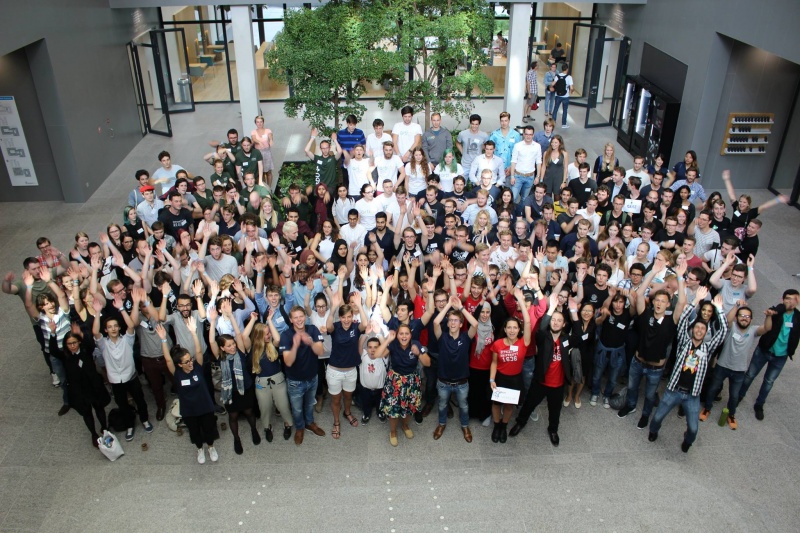 Fig. 1: All participating teams at the Meet up in Delft.

We have communicated more intensively with the team Tu_Darmstadt in Delft already. Even as the third iGEM team from Graz, we had less information than thought about the competition and standardized support of long-standing partners of the iGEM Foundation. As an example, they have drawn our attention to the free sequencing of MycroSynth. We wanted to form an even closer cooperation by detecting a degradation product from their experiments and thus directly prove that their experimental setup and our construct function. We organised a video conference, but the plan was rejected, because the substrate amounts would not have been high enough to activate our promoter. Although no physical exchange took place, we would like to express our gratitude for the willingness to support and establish a new team in the competition.

As part of the preparations for our lab work, we have seen the call for an online discussion of the team Uppsala on the official iGEM Collaboration page. After the subsequent contact, we got seats in the session #Genetic Engineering with special attention to safety. The questions were focused on the areas of "uncontrolled dissemination" and "harmful abuse of our openly accessible GMO". Together with the teams ETH_Zurich,  UiOslo_Norway, Lund, Groningen and Uppsala, we discussed whether and how we could assume our GMOs behaviour in the wilderness. In addition we figured out whether and how GMOs could possibly be misused in a harmful way. The results of this discussion helped us  to complete our Safety Form.
Vid. 1: Our team members Tony and Tino at the #Genetic Engineering conference hosted by the iGEM Team Uppsala.

We posted an announcement on the official iGEM Collaboration site to help us improve our robot algorithm. We developed a software to design mazes and therefor test and improve our robot controling code. As it is usual and obligate for software developers, we reached out for beta testers. Other iGEM teams are predistinated for this job, so we invited all other teams to help us. In addition, we set up tools in form of tablet computers at our human practice events. Some day, the iGEM Team Groningen contacted us. They were our first beta testers. The first mazes of the team, as simple as they were designed, could not be solved by our robot. 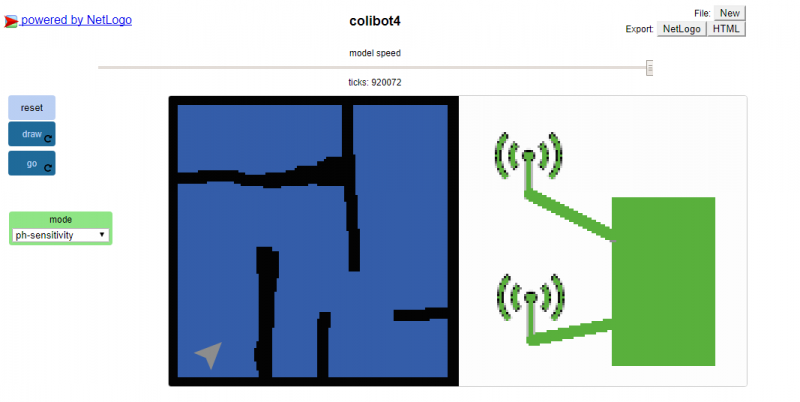 
Due to these feedbacks we have extended the code of the program significantly and found a way to insert a coherent storage possibility, which allows the robot to escape much better from angled corners again and find the end of the maze. After sending the link to the updated version, our friends from Groningen sent us several new designs, which were all solved by the robot.


INSA-UPS_France contacted us some time later to test the maze design software too. Using their highly creative approach to design several chambers, we were able to correct mistakes and validate our results even more. 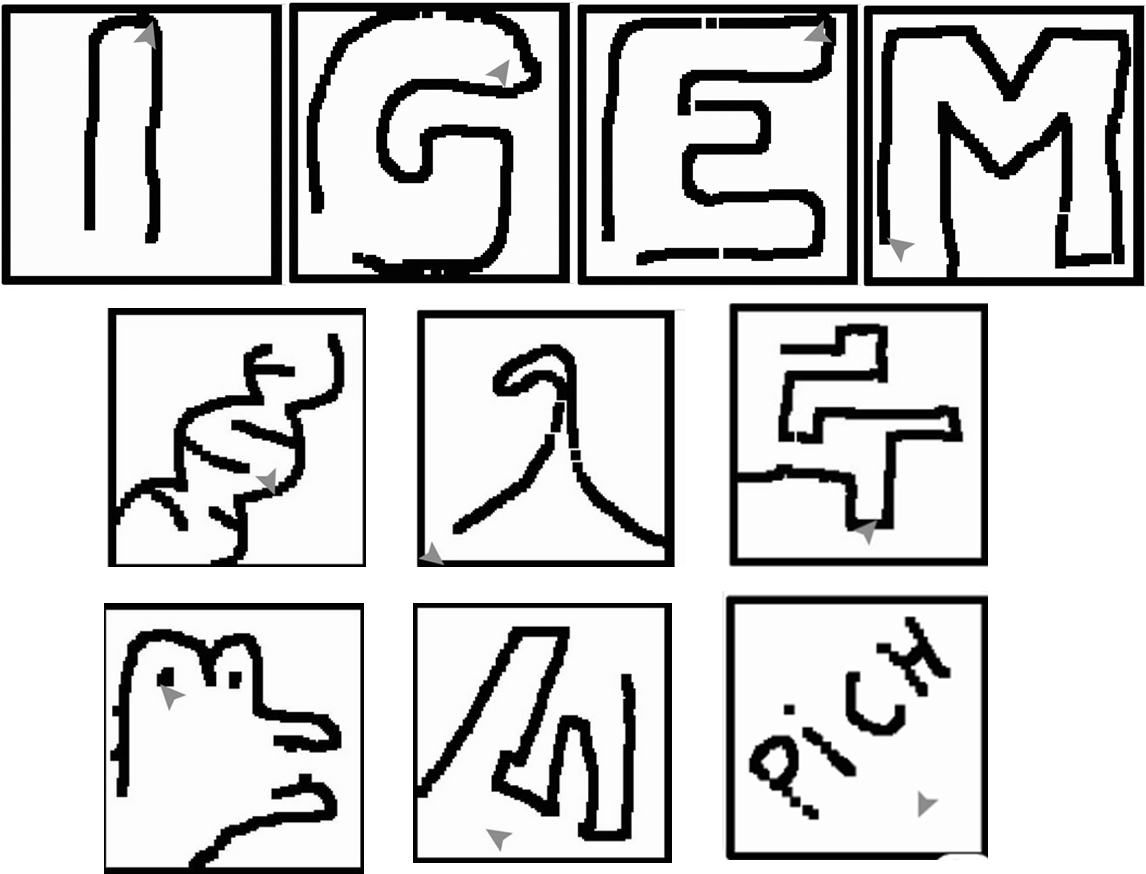 Fig. 4: The really creative mazes & chambers of INSA-UPS_France. The iGEM mazes could be solved, but our Thymio had some problems with the other chambers.

Support by sending our Promotor Construct

We contacted SVCE_Chennai after reading their collaboration proposal on the iGEM Collaborations page. We realized we had many similarities in our project as both of us were working on pH as well as temperature regulated systems. The alkaline inducible promotor alx was actually the same. A Skype conference between both teams was organised, which gave us the chance to talk directly to each other and express any difficulties we were faced with so far. Since they had some issues with changing pH in their media, we helped them out by giving them some useful suggestions, like our protocol about what base we use and the concret amount of it to raise the neutral pH of LB and M9 media to 8,5 to induce the promoter.  Since they had some amplification issues with their gBlock, we also shipped them our alx gBlock so that they could work with it. At the end of the summer, they send us their data about how the promoter activity increased with the pH and as we had similar results, we came to the conclusion that our experiments were successful.

Augmented Reality at the Giant Jamboree

After seeing the post of the iGEM team Franconia on the official Collaboration Site, and declaring it as a very creative, interesting and amusing one, we decided to support them. They organise an augmented reality game for smartphones with the help of QR codes distributed throughout the Giant Jamboree. A "plague" breaks out at the event and the QR codes represent either "cure" or “infection” for the respective scanning smartphone. The goal of the game is that at the end of the conference, all virus outbreaks are cured. With little effort, this game can create a very special component of the Giant Jamboree 2017 and this is why we want to support and be part of it.