Phytase is an enzyme that can release phosphoric groups from the organic compound known as phytic acid. Phytic acid is of natural origin; it is found in great amounts in grains, beans and some other cultivated plants including forage crops. This compound accounts for most phosphorus in seeds which is vitally important for organisms feeding on grains. However, phytase is not produced in animals’ cells, therefore phosphates contained in feed are not digested effectively and animals have to find other sources of this mineral. This problem is of particular relevance for agricultural industry: manufacturers add phytase to feeds to increase concentration of free phosphates in them for better digestion of this mineral in animals. In the process of granulated compound feed production primary products are subjected to high temperatures destroying most phytase molecules. Our project is aimed at solving these technological problems through using and modifying phytase of Obesumbacterium proteus. It maintains thermal stability up to 60°С and is able to stand animals’ GIT conditions. To overcome the problem of thermal stability it has been decided to use yeast cells as producers. Yeast cells will serve as capsules for the enzyme protectung it from thermal degradation during feed production. However, using this method results in another problem: phytase is destroyed by specific enzymes in producer cells. In order to avoid this problem our team has decided to modify the protein and attach another protein – Cellulose-binding domain – to one of the ends of the protein chain. It has a very stable and compact structure resistant to yeast enzymes. Thus, this protein will become a barrier between phytase and destructive enzymes of yeast cells. Using Yarrowia lipolytica as producers that are able to eliminate toxins will make it possible to recover primary products contaminated by fungi which will reduce production costs. In general, the project is aimed at creating a platform for producing thermally stable enzymes used in agricultural industry. 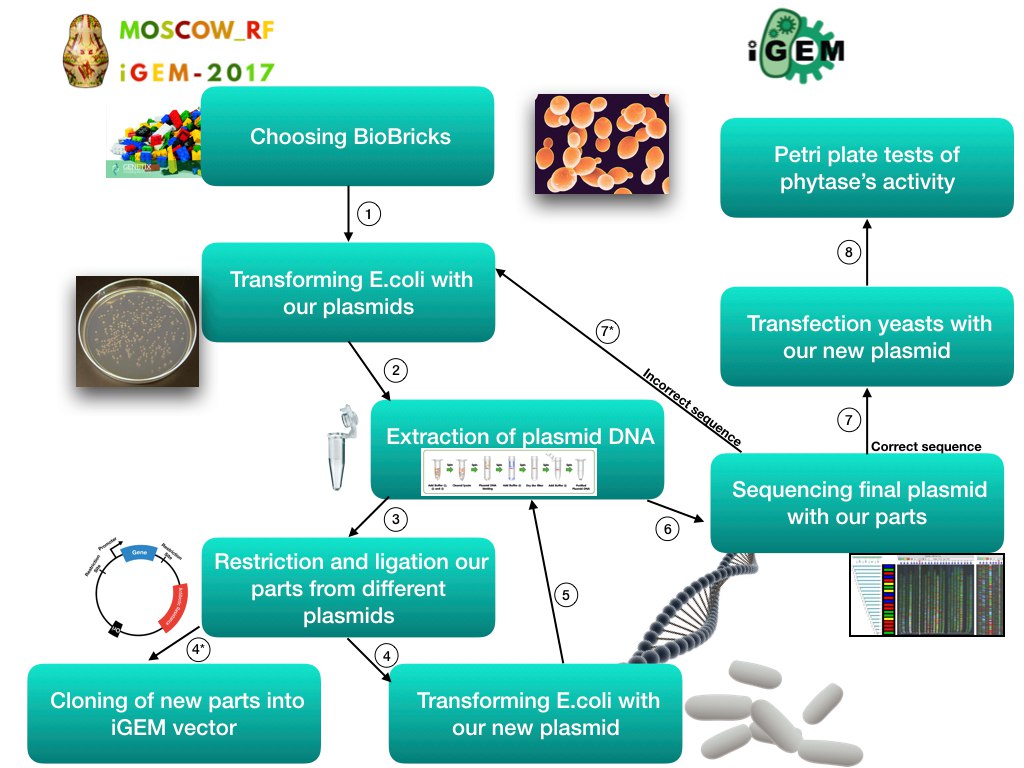