To facilitate cloning of the redesigned BACTH insert (ordered from IDT), we digested a plasmid containing a fluorescent reporter system (BBa_K611016) using EcoRI/SpeI and ligated our BACTH insert into the resulting vector. Because pT8-O would lead to non-fluorescent colonies, we were able to easily identify the correct colonies from a plate of the transformed ligation product. We then confirmed the sequence of pT8-O using Sanger sequencing.

As a first quick test of our construct, we transformed pT8-O and a plasmid not containing adenylate cyclase (as a negative control) into BTH101, a strain of E. coli that has the lac operon but lacks the adenylate cyclase gene (Δcya-), and plated the transformants onto a plate containing X-gal. As shown in Figure 4, the bacteria transformed with pT8-O appear blue, while the bacteria transformed with the negative control remained white. These results are in line with our expectations, confirming the dimerization of leucine zippers and consequent production of cAMP. We expect bacteria with restored cAMP production, but not bacteria without, to turn blue due to the activation of the lac operon from X-gal being the only carbon source. 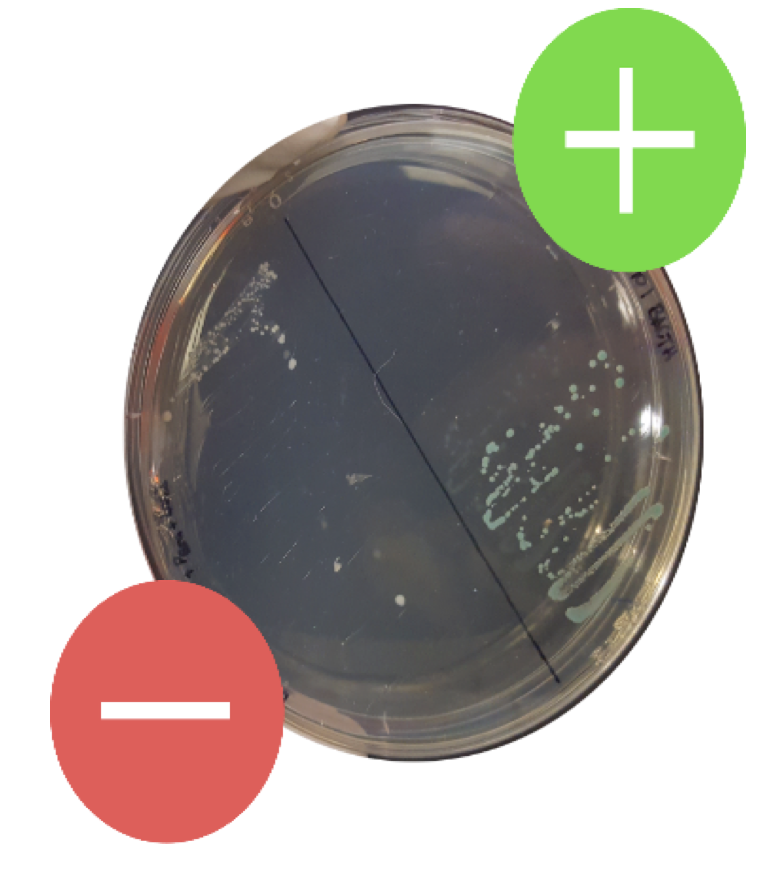 For a more quantitative validation of pT8-O, we ran a b-galactosidase assay, as described by Battesti and Bouveret(Battesti and Bouveret), on pT8-O and a negative control. Our results (Figure 5), clearly show that the culture containing the pT8-O plasmid has higher absorbance at OD420 than the negative control, suggesting the presence of active b-galactosidase. These results were also visually confirmed by the culture’s distinctly yellow color in the 96-well plate. 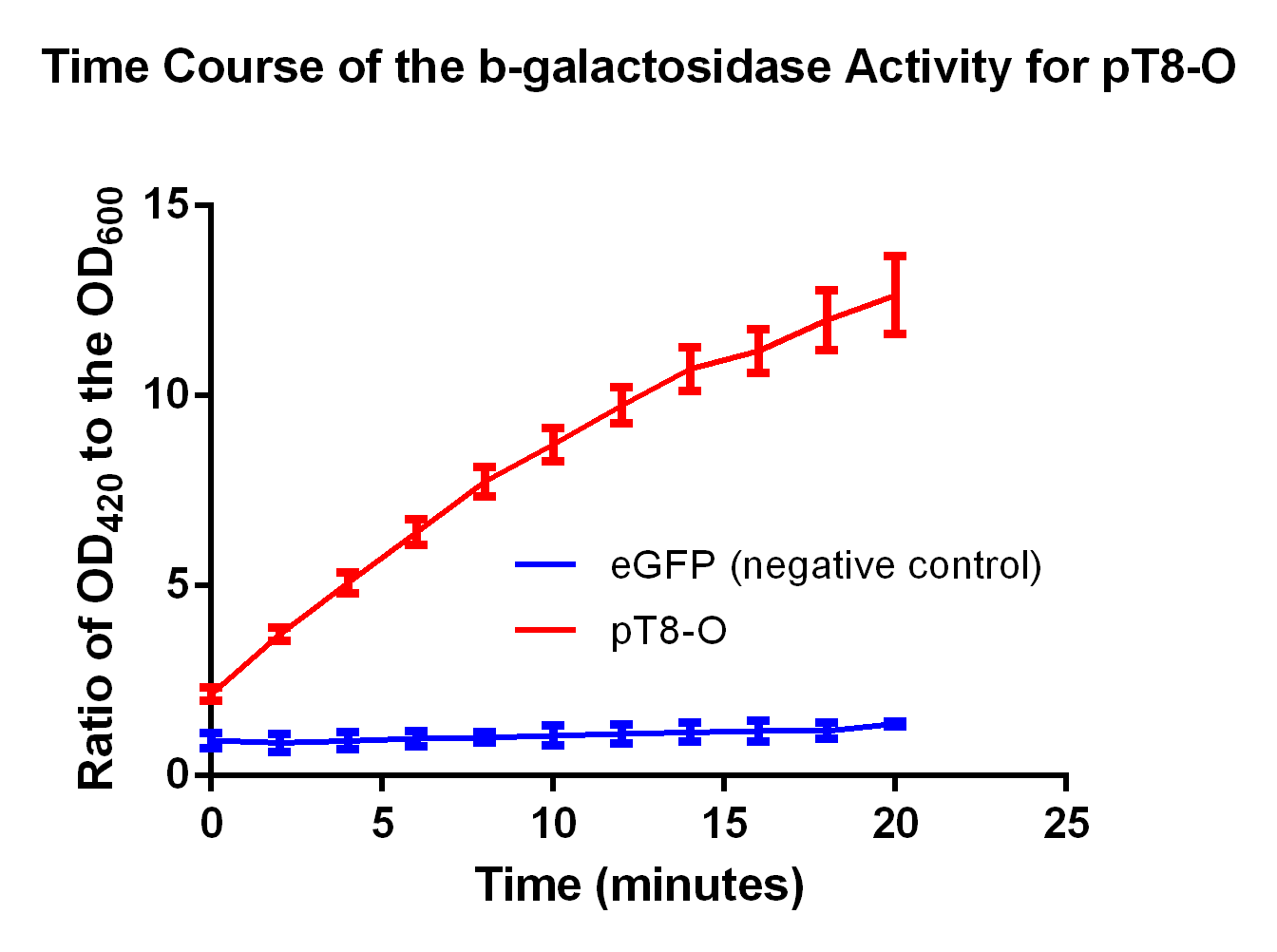 Our first assay for measuring relative strengths of cAMP production was the b-galactosidase assay. As seen in Figure 6, the three replicates for pT8-O showed a significant increase in absorbance over the duration of the assay, while the replicates for both pT8O-LZ stop and pT8O-LZ nda remained at baseline level. Figure 7 shows the change in OD420 over the change in time, normalized to the OD600. One-way ANOVA indicates a significance difference in the relative b-galactosidase activity (p < 0.0001). Tukey’s multiple comparisons test reveal significant differences in the b-galactosidase activity of pT8-O vs. pT8O-LZ stop (p < 0.0001) and pT8-O vs. pT8O-LZ nda (p < 0.0001), but no significant difference in the intensities of pT8O-LZ stop vs. pT8O-LZ nda (p > 0.05). Taken together, these results show that changing the strength of the interaction affects the production of cAMP, and consequently, the expression of b-galactosidase from the lac operon. 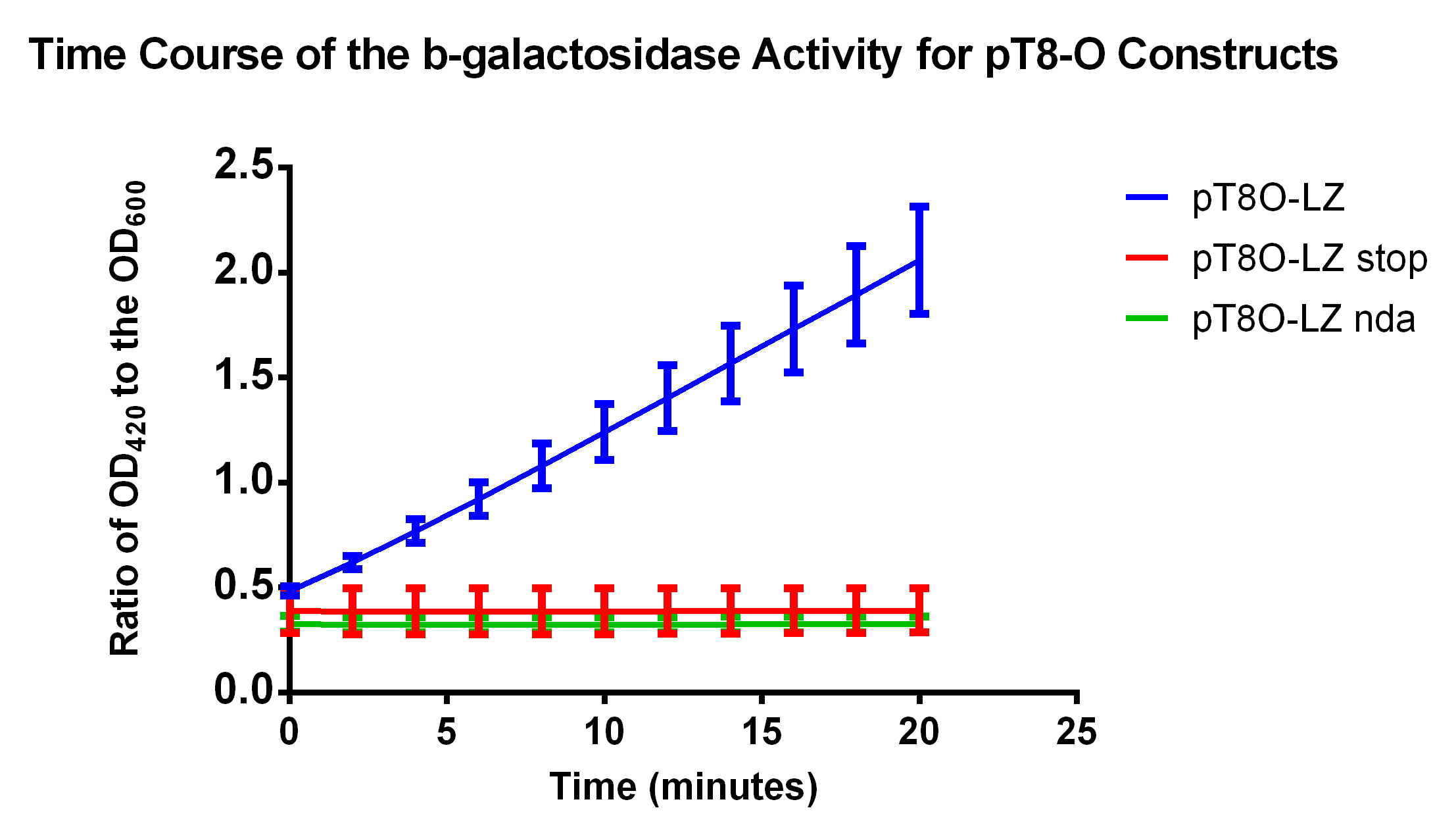 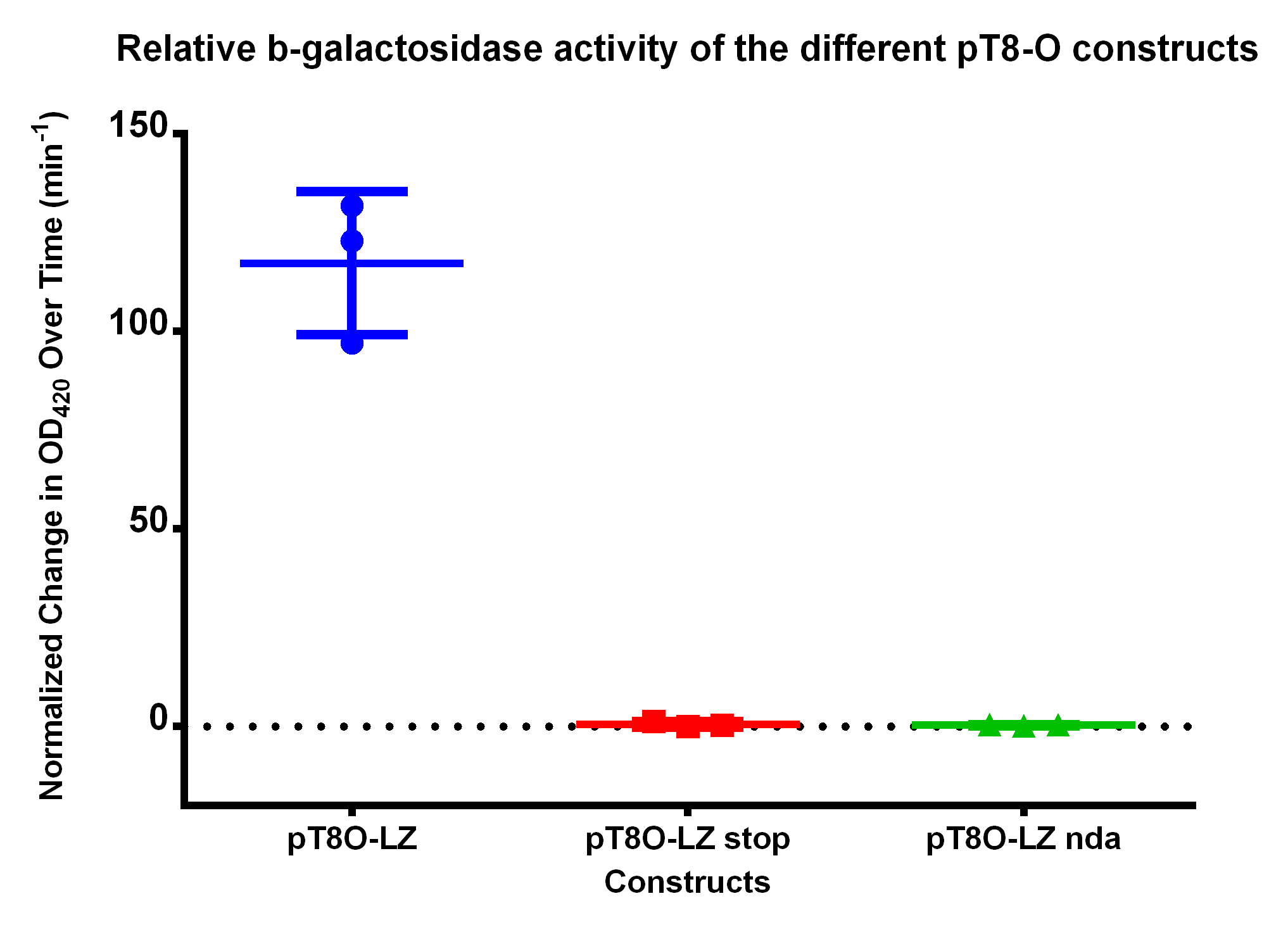