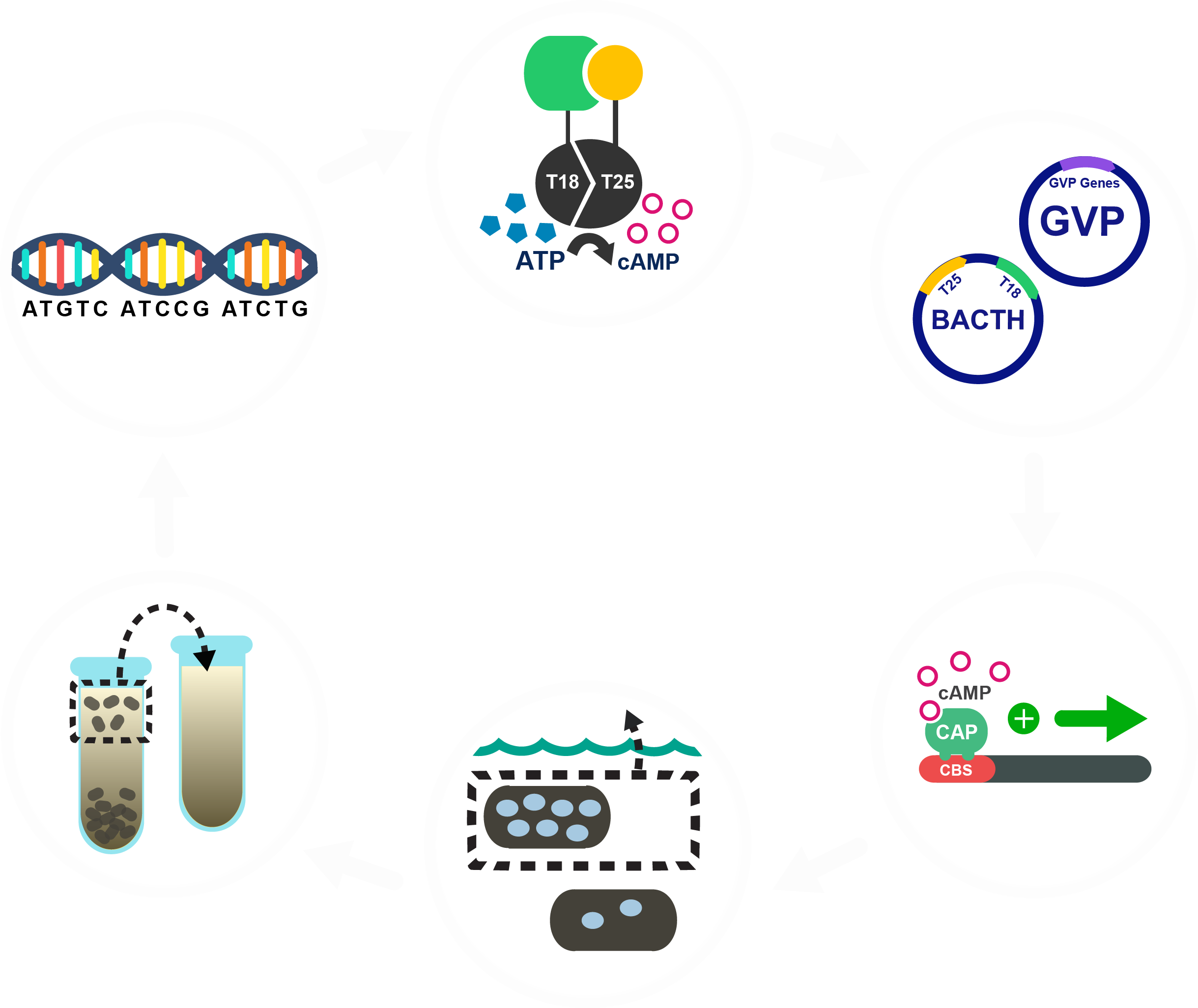 The Recombinant Protein Interaction Screening and Enrichment (RISE) system is a tool designed to provide an easily measurable and quantifiable protein screening process. Based upon a modified BACTH system and directed evolution, the RISE system utilizes buoyancy as a readily observable readout of the relative strength of protein-protein interactions that also facilitates separation of desirable variants from undesirable ones.

Why did we develop RISE?

Existing screening methods, such as phage display and the yeast 2-hybrid system, have several drawbacks. They can be costly both in terms of time and money, and don’t have readily observable read outs. We wanted to improve on these techniques to provide a screening method that is easily observable and efficient. An added advantage of the RISE system is that it can be easily automated so that a machine would select for the most buoyant bacteria from the top of each culture and perform the enrichment process independently.

The RISE system uses buoyancy as an indicator of protein-protein interaction strength. This buoyancy phenotype allows for a simple enrichment system, where the most buoyant bacteria, that is those expressing the strongest protein-protein interactions, can be easily selected at each round of enrichment since they will be at the uppermost part of the culture. The enrichment process – that is, the repeated re-culturing of the top layer of the culture – is meant to weed out false positives. This process ultimately results in selection for the strongest interactions over multiple generations of cell culture growth

To provide a reliable read out of protein-protein interaction strength, we have employed the use of a modified BACTH system. In the BACTH system the two subunits of adenylate cyclase, T25 and T18, are fused to two proteins of interest. When the proteins interact, T18 and T25 are brought together, re-establishing adenylate cyclase activity and therefore resuming cAMP production. The newly synthesized cAMP will then bind to the catabolite activator protein (CAP), which in turn upregulates the transcription of downstream genes.

The commercially available BACTH kit consists of the T25 and T18 subunits on two separate plasmids. This posed an issue for our project, as increased plasmid number has an inverse relationship with transformation efficiency. In order to increase our cloning success, we have engineered a simplified BACTH system in which both subunits are contained in a single plasmid.

How can RISE be used?

The RISE system has a diverse range of applications: