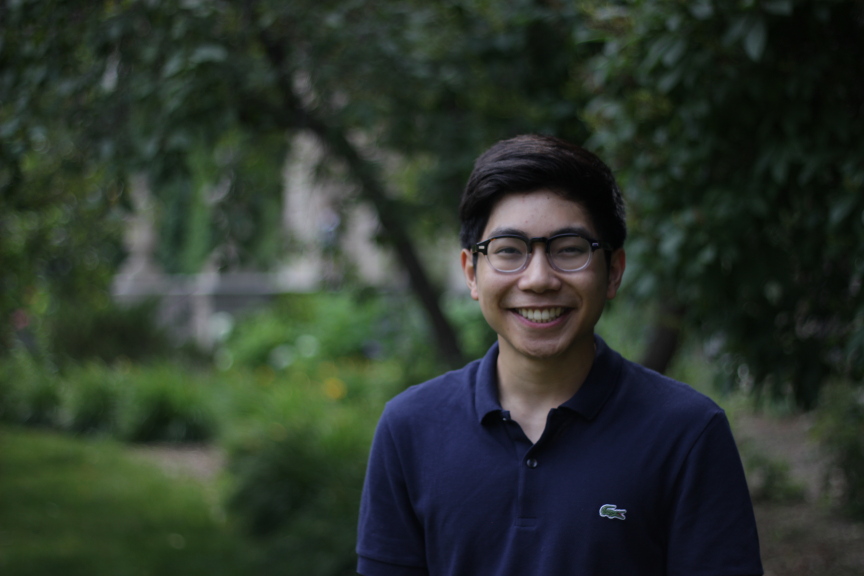 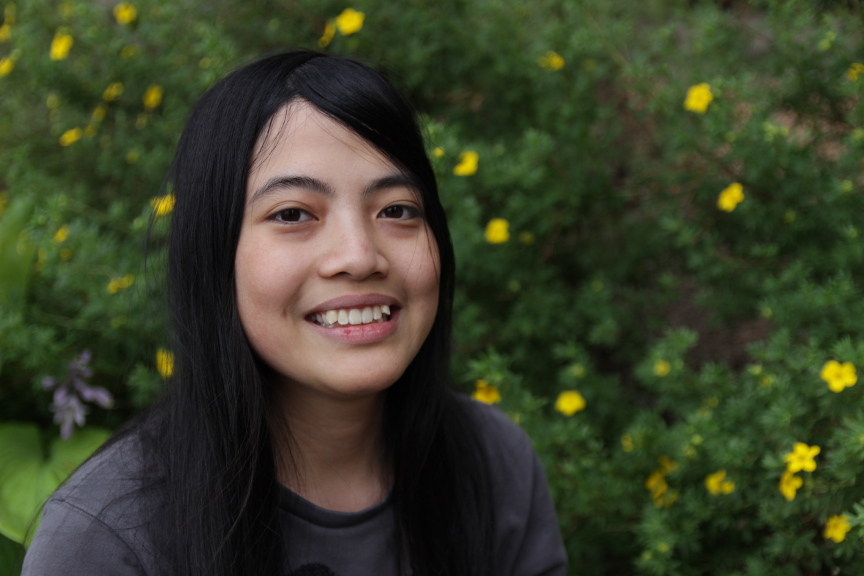 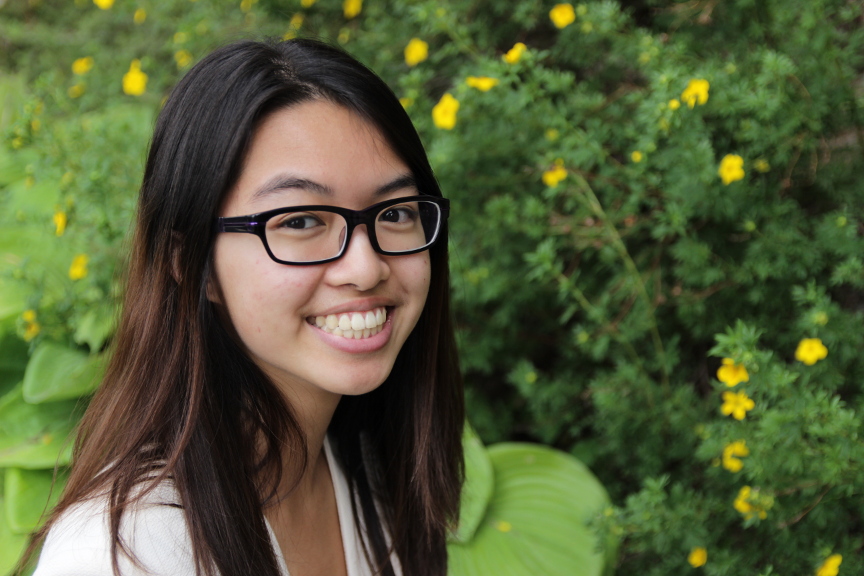 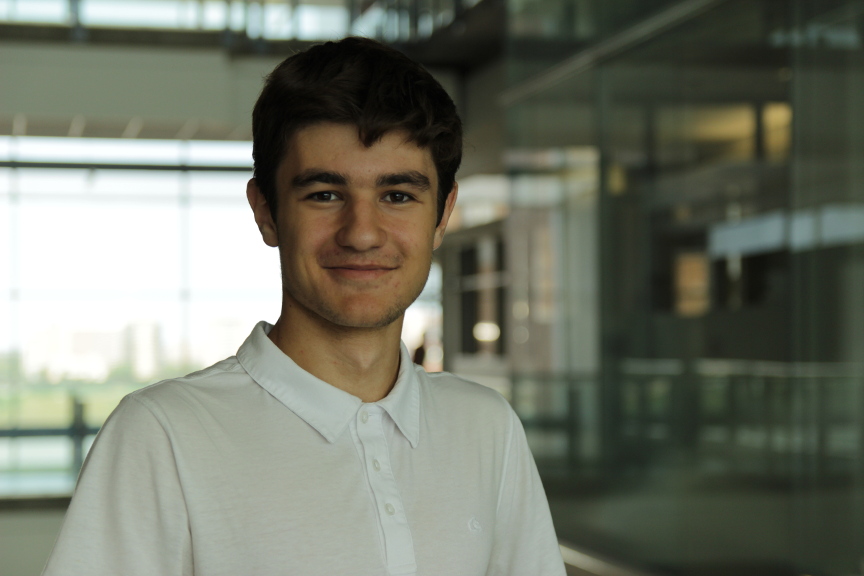 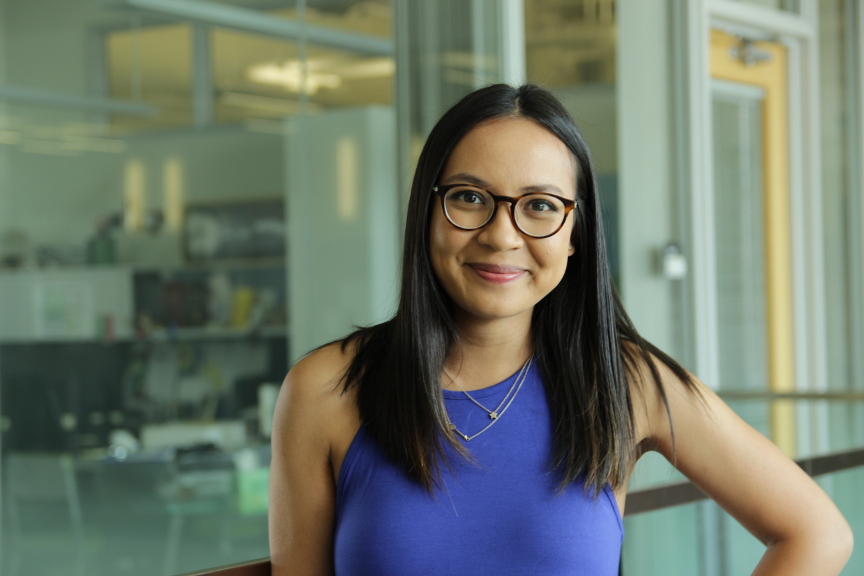 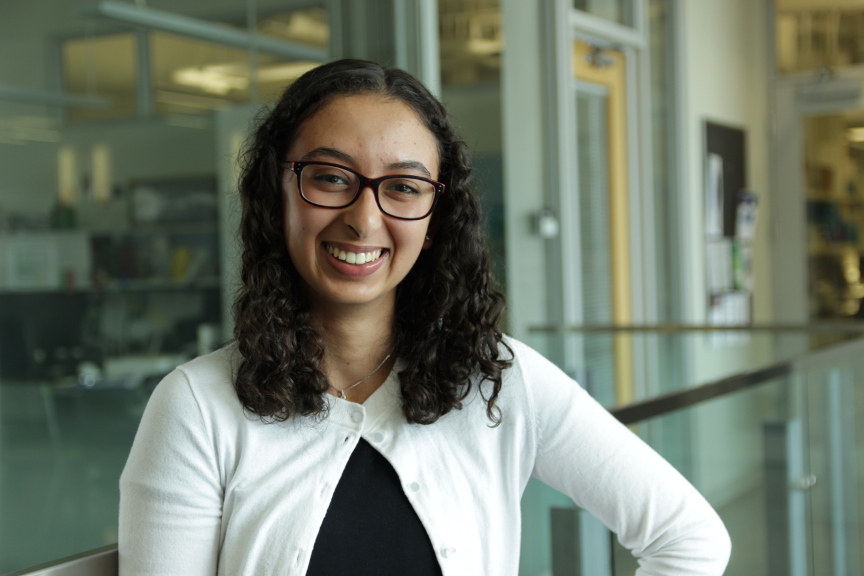 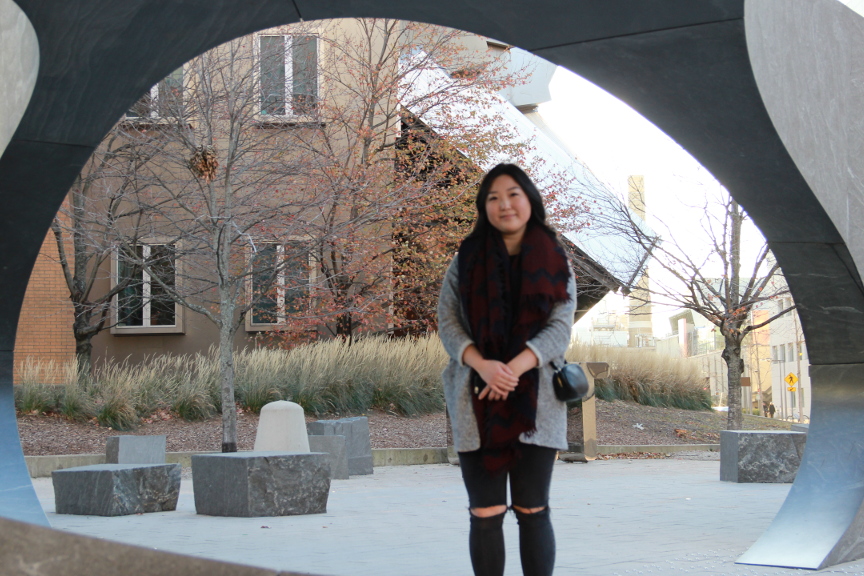 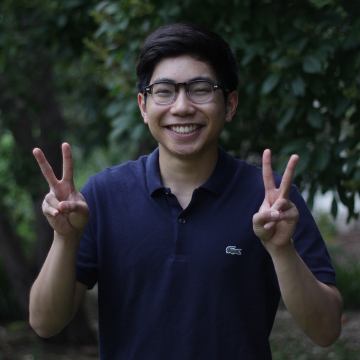 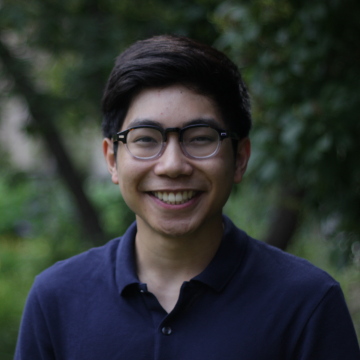 Ethan is a second year student in the Chemical Engineering: Computer Process Control Co-op Program at the University of Alberta. As this is Ethan’s second year participating in the iGEM competition, he is an all-around guy who helps out in all areas, from wiki coding to collecting bottles to plasmid prepping. During the little free time Ethan has, he enjoys watching science YouTube videos and is currently binge watching ‘Stranger Things’ on Netflix. 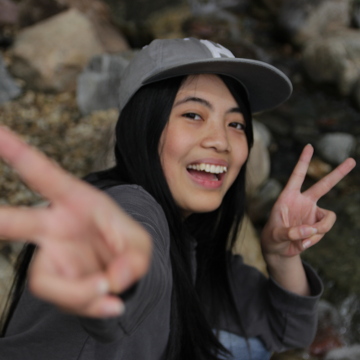 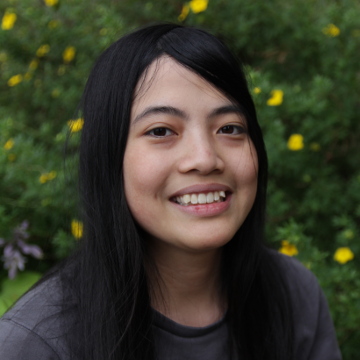 Farynna is currently in her second year of the Immunology and Infection Specialization at the University of Alberta. This is also Farynna’s second year with the iGEM competition. She expertly handles any of Team UAlberta’s gene design and works magic with a trackpad to design amazing graphics. Farynna is fascinated with microorganisms and understands the importance of a good stuffy when going to bed. 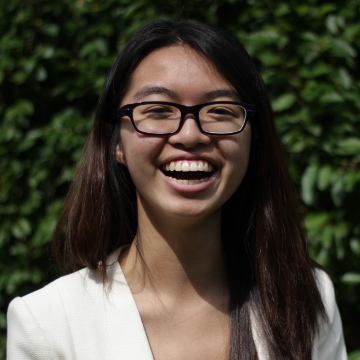 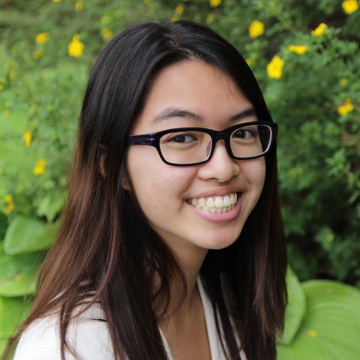 Teresa is currently in her second year of the General Science program at the University of Alberta, though, she plans to specialize in Pharmacology further in her degree. Outgoing and always smiling, Teresa brings a certain energy which Team UAlberta cannot do without. Having participated in iGEM 2016, Teresa is excited to tackle more this competition season, learning not only laboratory techniques, but also developing her science communication skills. Creating anime-style artwork is one of Teresa’s greatest hobbies, which is apparent in the doodles which decorate our lab. Though, when not drawing, Teresa finds sanctuary in books and stories. 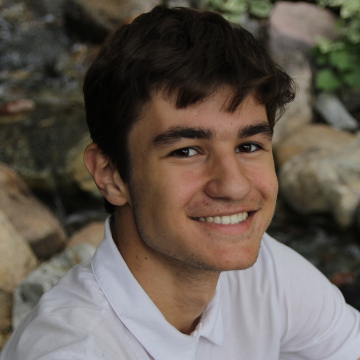 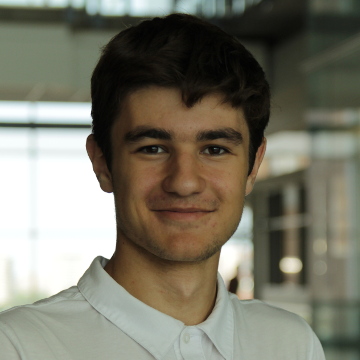 David is entering his second year as a computer engineering co-op student and is specializing in software engineering at the University of Alberta this fall. With computer-like precision, and unmatchable diligence, David is a great asset to Team UAlberta. The 2017 competition is David’s second time participating in iGEM and he’s ambitious to work on another grand project. David, an avid Game of Thrones fan and of Hungarian heritage, is never short of interesting stories and unique jokes. In his free time, he likes to explore the field of software development, and in fact, programming has become David’s favourite hobby 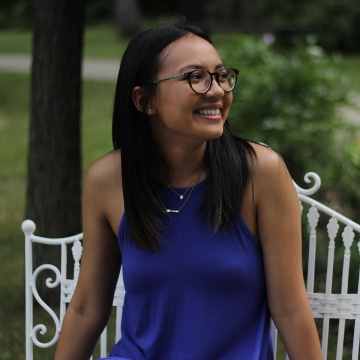 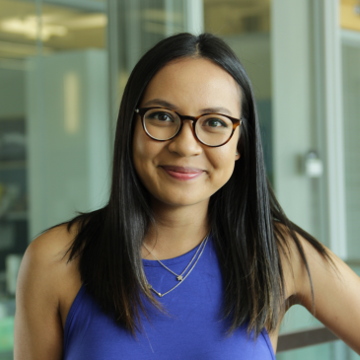 Heather will be entering her fourth year at the University of Alberta with a major in Biochemistry. This is Heather’s first year participating in iGEM and Heather is passionate about student life on campus and can be found leading campus tours, playing her favourite tunes on the campus radio station, participating in intramural sports, and rocking out at karaoke. Her enthusiasm and love for memes always uplift our team’s spirits! Heather is also an avid concert goer, foodie, and an all around cool gal. 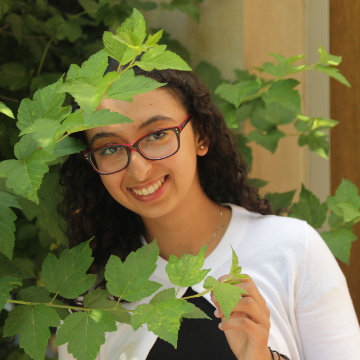 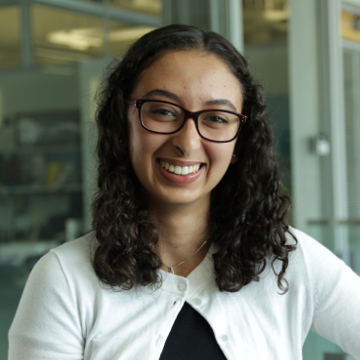 Monica is a fourth year undergraduate student pursuing her Bachelor of Science with Specialization in Molecular Genetics at the University of Alberta. Not only does she warm everyone’s hearts with her friendliness and optimism, Monica can also charm anyone with her eclectic taste in music and ability to speak in four languages. As a first year iGEM participant, Monica efficiently balances her time between lab work and managing Team UAlberta’s fundraising initiatives. Outside the confines of iGEM, Monica is found either teaching Sunday school and Coptic language or indulging in her guilty pleasure, watching Ink Master. Abhi is entering his fourth year of studies in a Biology and Chemistry double major at UAlberta. While this is Abhi’s first time participating in iGEM 2017, he is already looking forward to joining iGEM again next year. Abhi’s skills and experience in variety of fields such as molecular biology, graphics and video editing, wiki designing, and programming makes him a great addition to Team UAlberta. By being part of iGEM, Abhi hopes to improve his skills as a mentor, learn new skills and knowledge, gain valuable experience and most importantly, have fun! In his free time, Abhi likes to watch Suits and work in the lab! 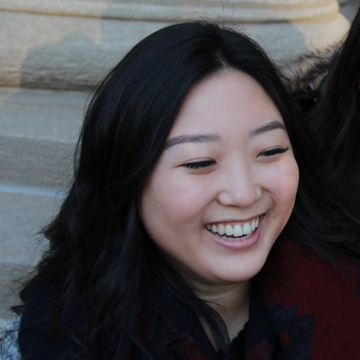 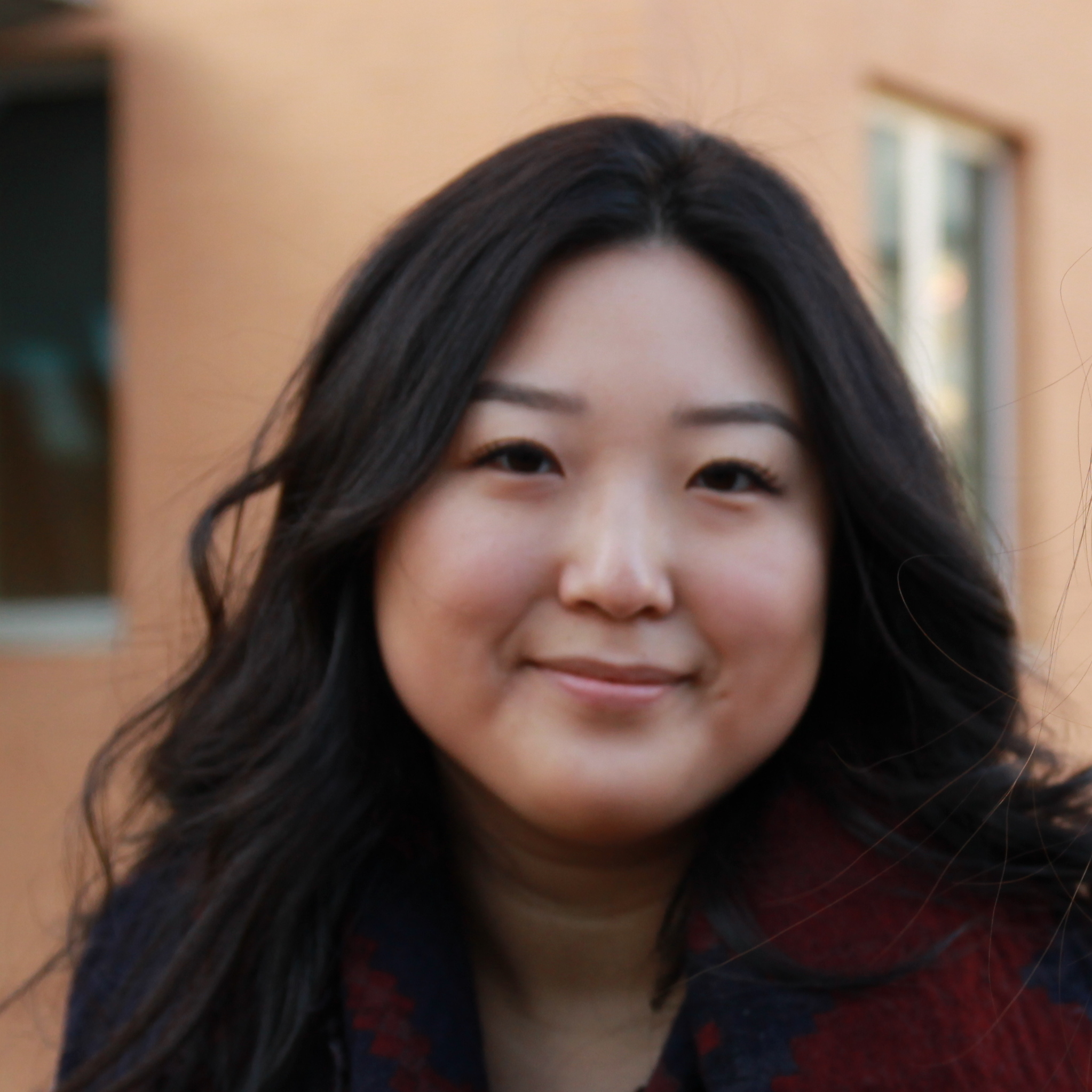 Deanna is pursuing a double major in Chemistry and Biology, and is entering her fifth year and last semester at the University of Alberta. During the months of September through April, Deanna can be found volunteering, working, and attempting to study. Her favourite pastimes include discovering new spots around the city, live music, and petting dogs. Her favourite subjects include biochemistry and music. 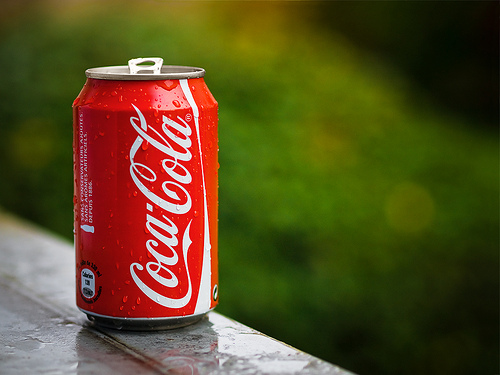 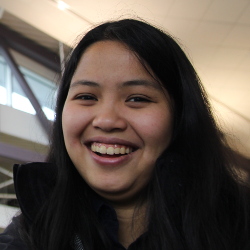 Rochelin is a Ph.D. student in the Department of Chemistry developing fluorescent protein indicators for neuroscience. As the team’s mentor, Rochelin can often be found surrounded by the team, explaining ideas with crazy random analogies and non-stop sarcasm. Outside of mentoring, she can be found either randomly wandering the hallways looking for soda, coffee or food, or in the lab armed with a pipette, a 384-well plate and protein samples while listening to recordings of musicals. When not in the lab, Rochelin likes to go for scarily long walks (preferably in different cities that have musicals performing), watching theatre, experimenting with different restaurants, and catching up on the sleep debt acquired as an undergrad. 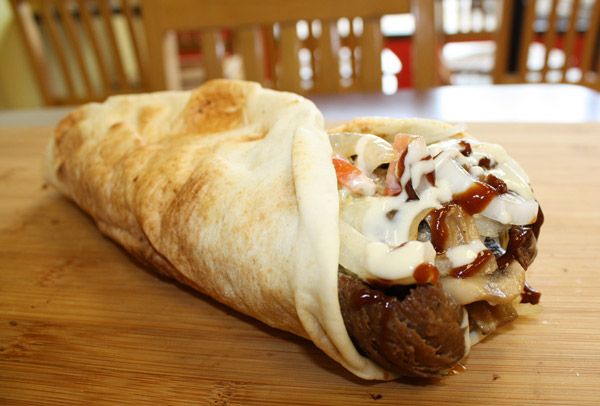 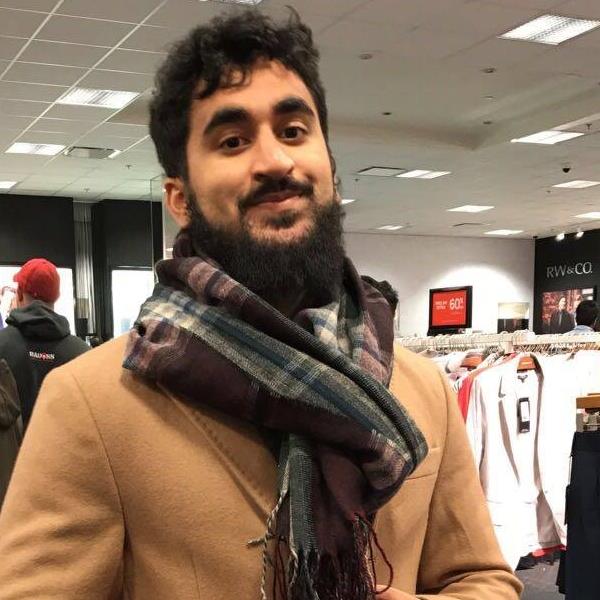 Abdullah has begun his first term in Medical School at the University of Alberta this fall but still manages to find time to fulfill his love for research, studying phage therapy. Abdullah possesses an impressive love for all things donair, including donair pizza. A little known fact about Abdullah is that he currently holds a position as a professional amateur matchmaker. 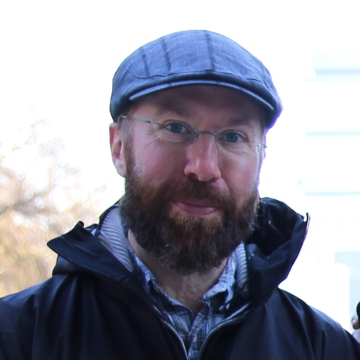 Dr. Campbell is a professor in the Department of Chemistry at the University of Alberta and is an expert in the fluorescent protein world. He spends his time as one of Team UAlberta’s supervisors, travelling the world from one conference to another, and camping. Cycling is one of Dr. Campbell’s hobbies and a fun fact about him is that he finds zen in packing. 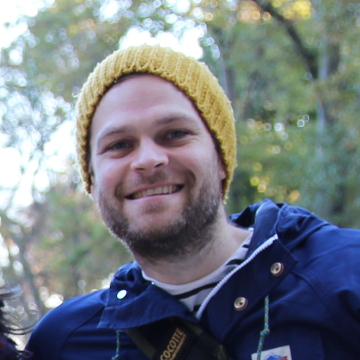 Dr. Sauvageau is an associate professor in the Department of Chemical and Materials Engineering at the University of Alberta. This semester Dr. Sauvageau balances his time between teaching two classes, supervising the Team UAlberta iGEM team and listening to a wide variety of music genres. An avid foodie, Dr. Sauvageau enjoys a good restaurant, especially one offering squid ink pasta.