Use Real-time PCR to detect whether the expression of TH is increased at 29°C.

Real Time PCR is a laboratory technique of molecular biology based on the polymerase chain reaction (PCR). Real-time PCR is carried out in a thermal cycler with the capacity to illuminate each sample with a beam of light of at least one specified wavelength and detect the fluorescence emitted by the excited fluorophore. The thermal cycler is also able to rapidly heat and chill samples.
The PCR process generally consists of a series of temperature changes that are repeated 25 – 50 times. These cycles normally consist of three stages: the first, at around 95 °C, allows the separation of the nucleic acids' double chain; the second, at a temperature of around 50-60 °C, allows the binding of the primers with the DNA template; the third, at between 68 - 72 °C, facilitates the polymerization carried out by the DNA polymerase.
Due to the small size of the fragments the last step is usually omitted in this type of PCR as the enzyme is able to increase their number during the change between the alignment stage and the denaturing stage. In addition, in fourth step of PCR the fluorescence is measured during short temperature phase lasting only a few seconds in each cycle, with a temperature of, for example, 80 °C, in order to reduce the signal caused by the presence of primer dimers when a non-specific dye is used.
When the intensity of fluorescence reached the threshold that was set before, the machine will record how many cycles went through, this value called CT, through which we can conclusion the relative expression level. 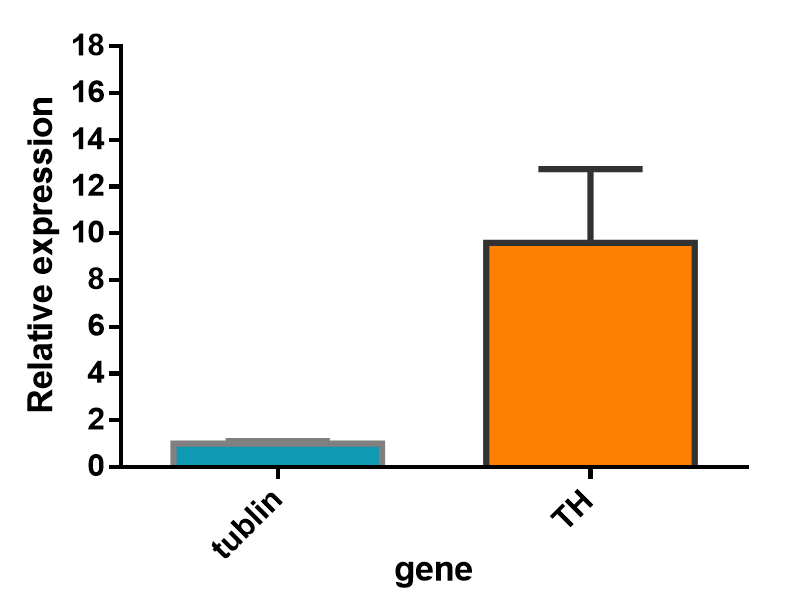 The arrows mark the modified flies.


Mating index (the relative time that the fruit fly use for mating): 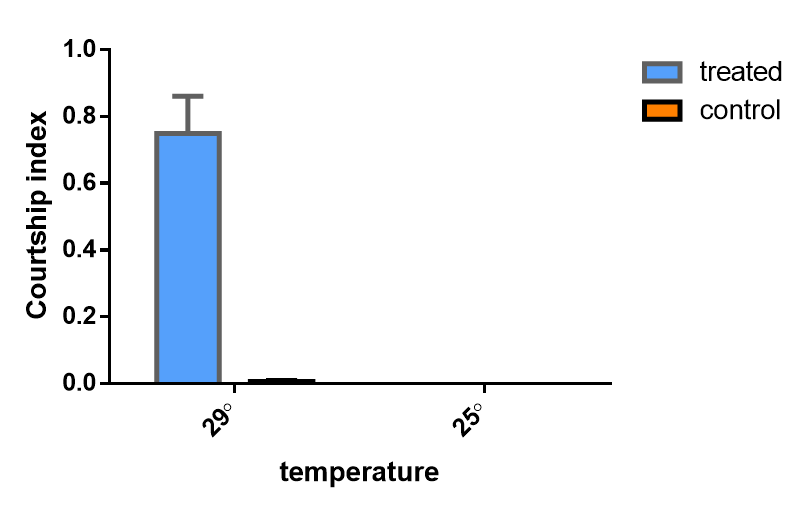 We put one decapitated wild-type male fly and one decapitated wild-type female fly in front of a modified fruit fly and use a digital camera to take the record (10 minutes) and calculate the preference Index. From the result, we can see whether the sexual preference is maintained.
Preference Index (PI) was calculated according to the following equation: PI = Tm/(Tf +Tm), where Tf and Tm represent the time courter spent courting the female and the male in 10 min, respectively.


Comparison of time that the fruit flies use for mating male or female flies: 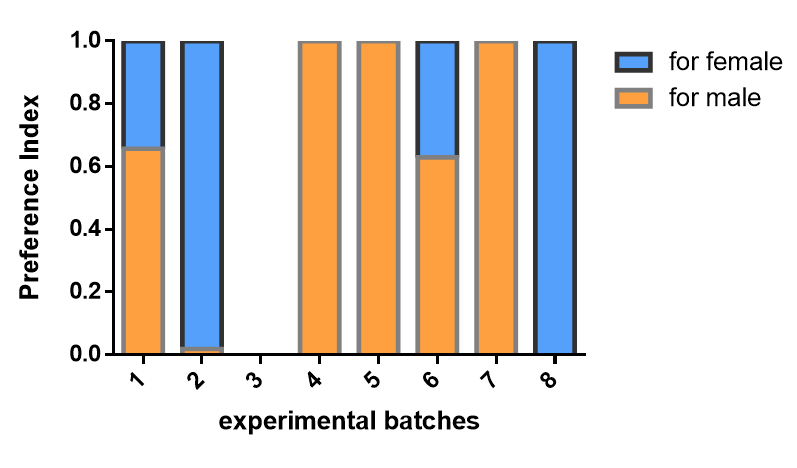 Test whether the modified fruit flies increase its appeal to males.

We try to put one wild-type and one decapitated modified/wild-type male fly together. Then we use a digital camera to take the record (5 minutes) and calculate the courtship index.


The time that the fruit fly use for mating in five minutes:
There was no courtship in all groups.
[time=5minutes, n=5]

Does the co-culture of wild-type and modified fruit flies influence their courtship with wild-type females?

Comparison of time that the fruit flies use for mating male or female flies: 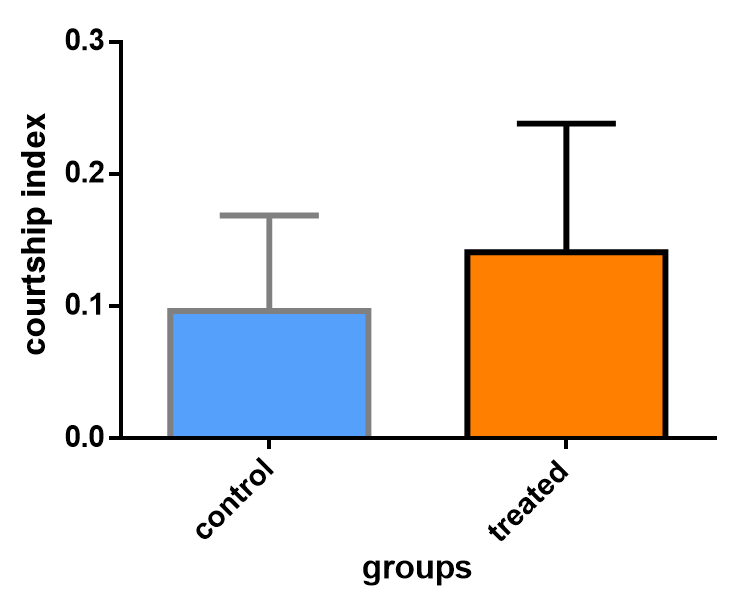 Figure 4 - The co-culture of wild-type and modified fruit flies did not affect the courtship of wild-type flies.
[time=5minutes, n=5, P>0.5]
Ignis Fly