Tongji iGEM - InterLab
Tongji iGEM
Tongji iGEM
InterLab
We partecipated in the 4th iGEM Interlab study along with about 100 teams.
We have focused on quantifying the expression of GFP in common,
comparable or absolute units.
expand_more

Our team took part in this study which aimed to standardize the measurements of fluorescence in different labs. The main task was to quantify expression of GFP in different units. In our case, we measured fluorescence using a plate reader.

It is very common to use fluorescence as a proxy for promoter activity, and the green fluorescent protein (GFP) is the most popular protein. Although detecting the intensity of fluorescence is an indirect measurement, we can use it as representative of the expression levels of GFP. This method has a significant advantage, which is that it allows to monitor continuously without disrupting cells.
Fluorescence/OD600 is routinely used to give an adjustment of the relative expression per cell.

However, we aim to contain instrument variability, at least to some degree, by measuring a standard scattering solution of a mono-dispersed silica suspension (LUDOX). The objective is to see if a simple, single fixed-point measurement can be used as a ratiometric adjustment to provide greater uniformity in fluorescence/OD600 measurements across sites.

Plasmids containing promoters and GFP were taken from The 2017 DNA Distribution Kit 7 and all devices were transformed into E. coli.

3ml of liquid LB-M medium with chloramphenicol were inoculated with two chosen colonies of each device. Liquid cultures were incubated for 16~18 hours in HONOUR INCURATOR SHAKER placed in incubator. OD of these cultures was measured by MAPADA UV-3100PC SPECTROPHOTOMETER and diluted to 0.02. Fluorescence of biological and also technical replicates was measured using Thermo VARIOSKAN FLASH following our protocol. 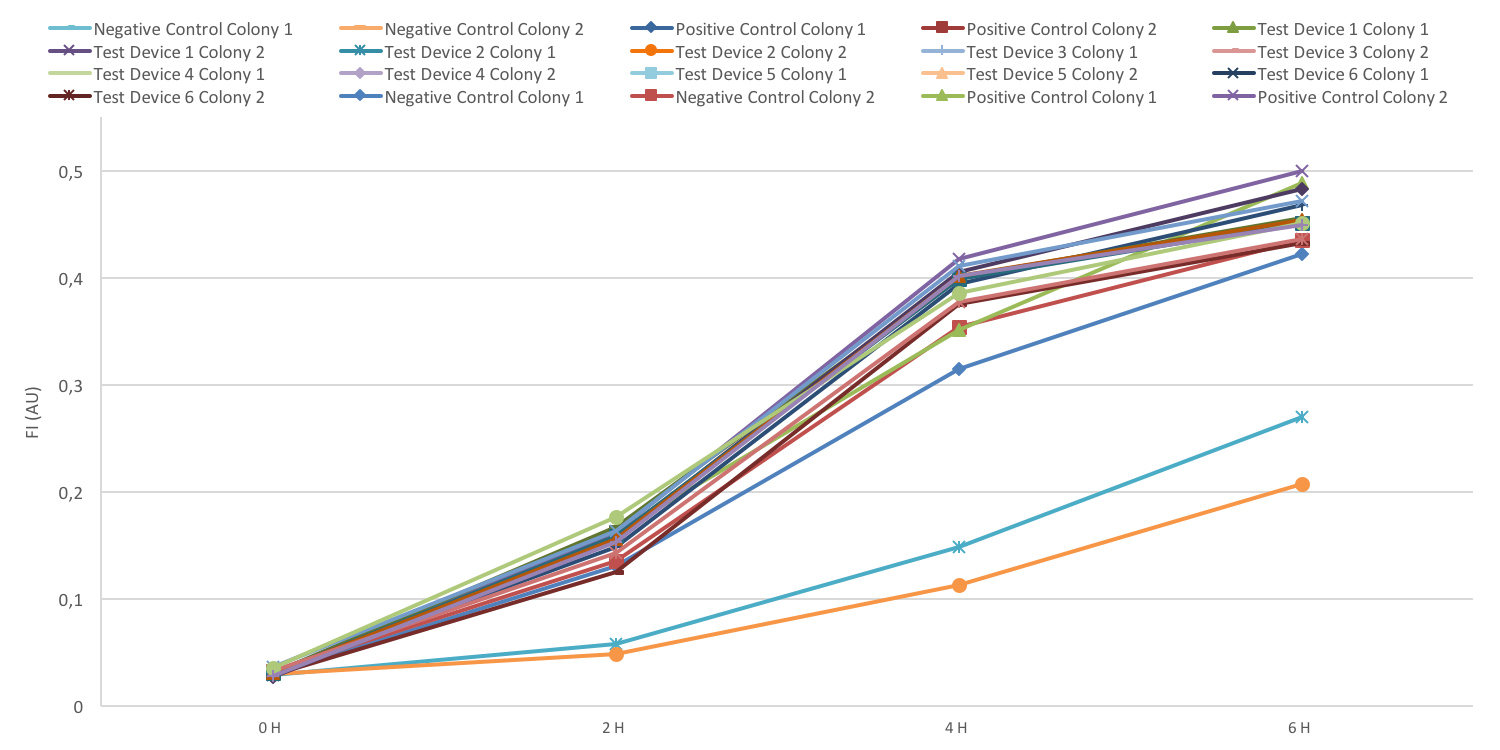 Table 5 - Raw data of Fl/Abs600
This is the average of each clone, click here to see the original data. [Excel file]
Figure 5 - Average level of devices 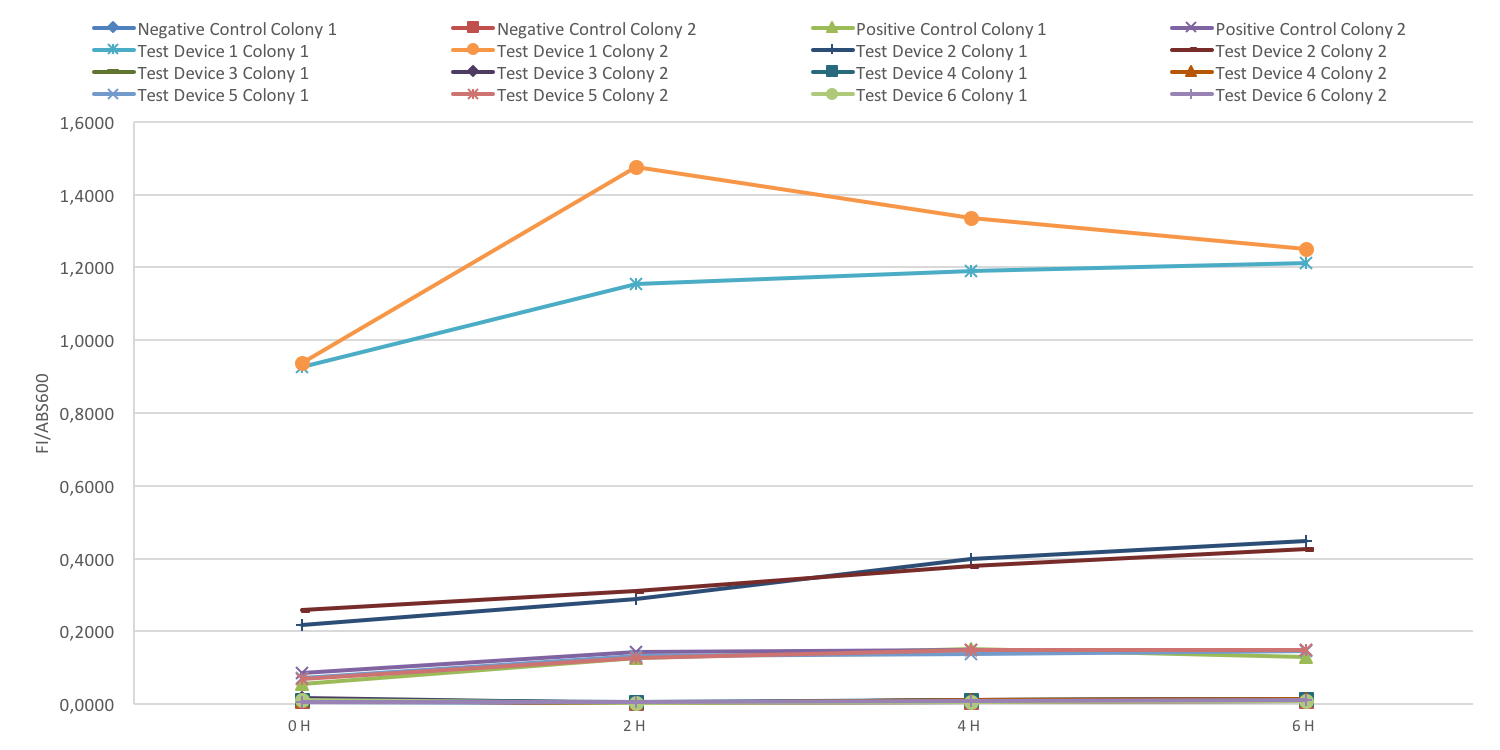 Conclusions
It is noticeable that the promoter of the Device 1 is the strongest followed by the promoters of the devices 2 and 5. But the device 3, 4 and 6 are not active.