Each year Enterotoxigenic Escherichia coli (ETEC), a form of pathogenic E. coli known for causing traveler’s stomach, affects millions of travelers. ETEC produces two toxins, a heat labile and a heat stable version. The basis of the project is to complete three different steps: sense ETEC, respond to its presence, and package the sense/response module in a cellulose matrix.

The goal of the sensing step is to engineer a non-pathogenic E. coli to detect the pathogenic E. coli communication signals. The response section involves engineering the same E. coli to glow green upon the detection of harmful bacteria. In order to package the sense and respond E. coli, cellulose binding domains will be engineered to be expressed on the CsgA portions of curli specific proteins on E. coli.

We chose this project after brainstorming many problems that United States Air Force personnel face on a daily basis. Traveling for months at a time, those deployed become susceptible to many pathogens in the water supply, especially harmful strains of E. coli. ETEC is the most common cause of traveler's stomach. We can help detect ETEC by using this modular system, potentially eradicating the pathogens from the water and the body. 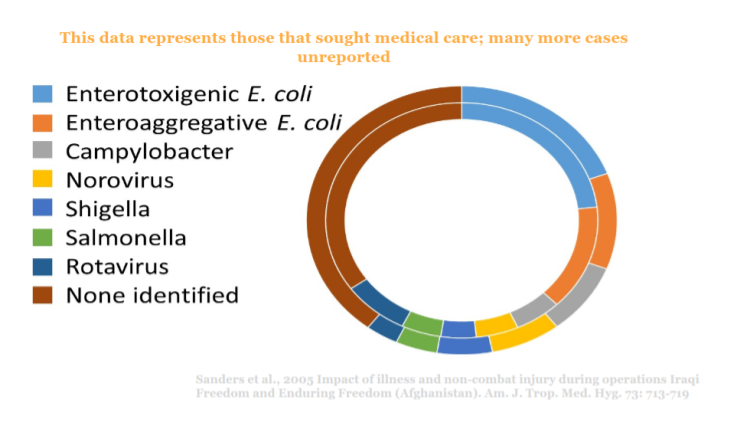 Figure 3 Chart showing the causes of diarrheal illness; the outer ring displays causes for deployed military and the inner for civilian travelers