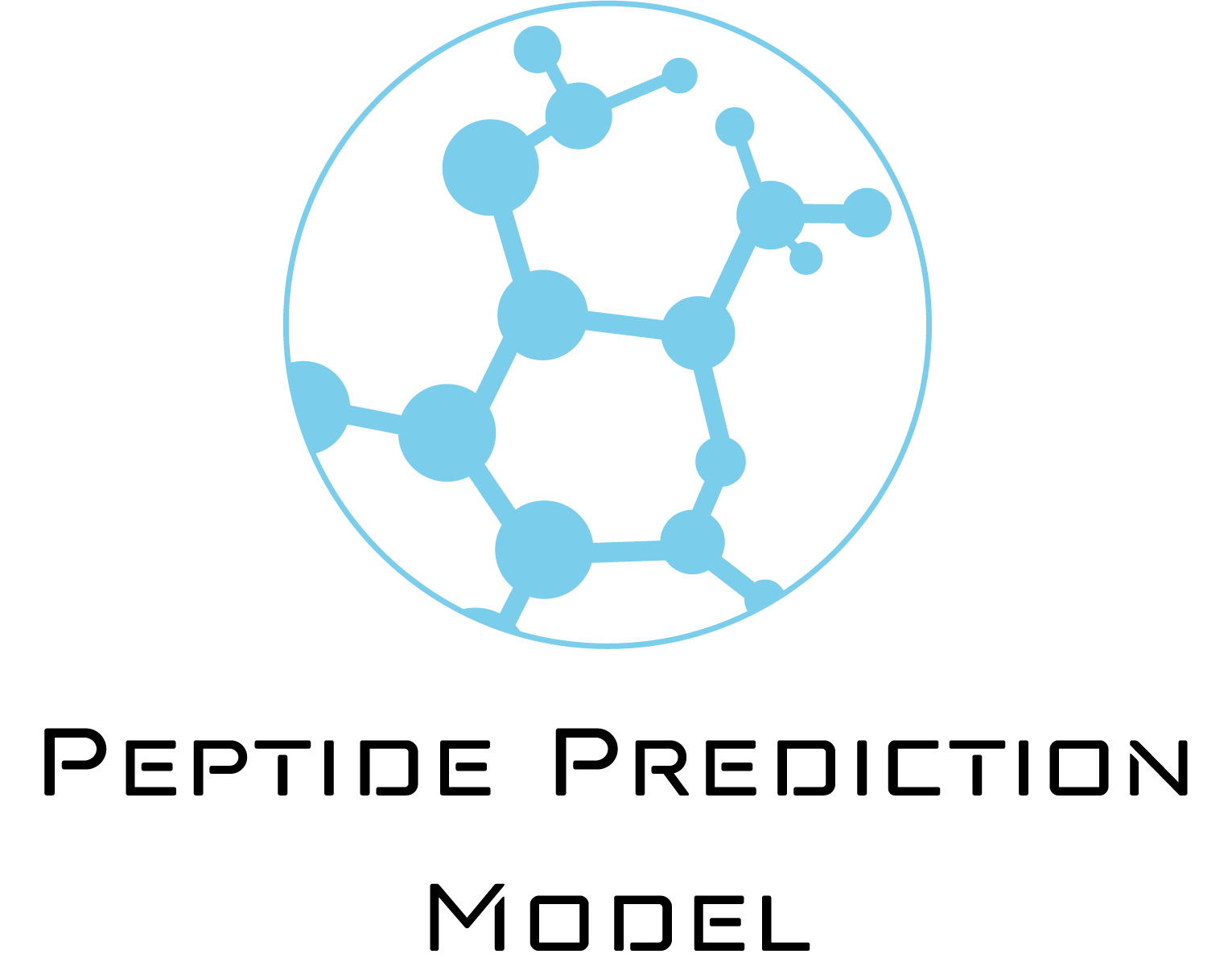 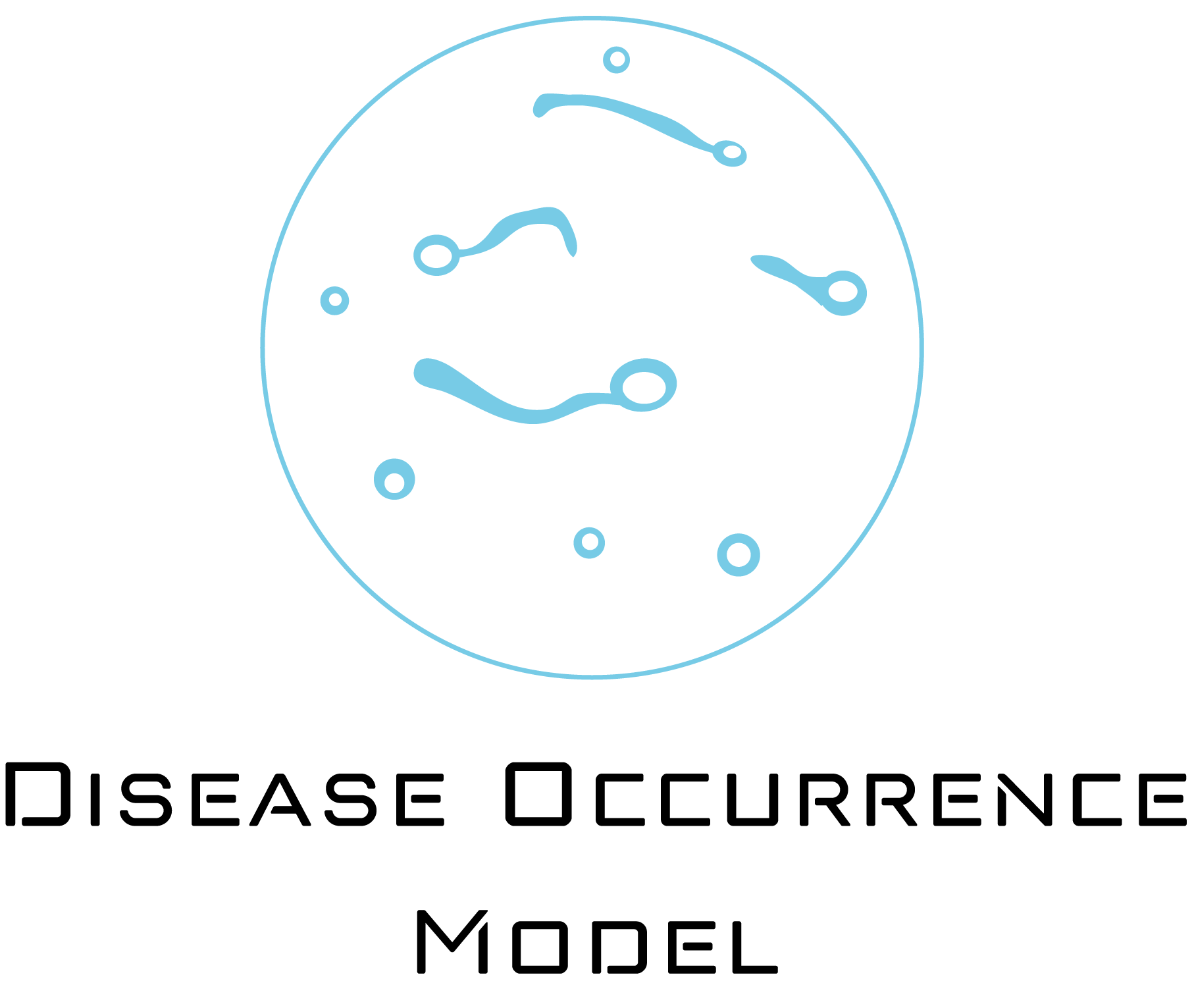 In order to cure the fungal diseases in reality, we used the method called Convolutional Neural Network(CNN) to catch the weather patterns that was hard to be recognized by humans. With this disease occurrence model, we can get the daily possibility of disease occurrences. Also, we set up a warning and auto-spraying system by combining the model with the IoTtalk to apply peptides into farmlands.

For the disease occurrence prediction modeling, NCTU_Formosa built a model predicting the diseases relating to everyday weather information that was based on the neural network. There were two kinds of data in our predict system, which were the recorded diseases happening data that were collected from the government agency and the weather data from the Central Meteorological Bureau's website that corresponded to the data forward. Then, we combined these two and then deleted the recorded data that had no weather data to match with.

Finally, our data contain weather feature and the Label. The weather feature is a two-dimensional array which has 14 days x 11 features. The 11 features include relative humidity, rainfall and the maximum, minimum, average of the temperature and air pressure. The Label contains two classes, negative(diseases that would not happen) and positive(diseases that would happen).

In reality, the spore germination needs some specific weather conditions. Also, the plants may be influenced by the change of weather and become weak. However, this relationship is hard to be recognized by humans. Therefore, we used Convolutional Neural Network(CNN) as our method to catch the weather patterns.

Figure 2: This is an overview of our model,it contains the convolution layer, max pooling layer and multi full connection layer.

Convolutional Neural Network(CNN) is a powerful network that can automatically recognize the patterns of the features in a period of time, just like the favorite weather change to the fungal diseases in the life cycle. In other words, it means it can recognize the pathogen life cycle in a specific time and mark them out because life cycle’s patterns can happen everywhere over a period of time. For example, our model used weather data for the past two weeks as the model input, and the weather patterns can be found in this 14-day data.

After the CNN layer, the weather features then converted to weather change features, then a max pooling layer was added to filter some noises after the CNN layer. Weather patterns that caused diseases wouldn’t change in a short time, so the function of max pooling was to only return the maximum values in the filter.

Finally, after using the full connection layer to convert the max pooling output into high dim space, the model then classified them into two classes, negative(diseases that didn’t happen) and positive(diseases that haven’t happened).

So on, the model output can be easily realized by machines and humans, and next let’s talk about how we defined our model cost function and the optimizer. 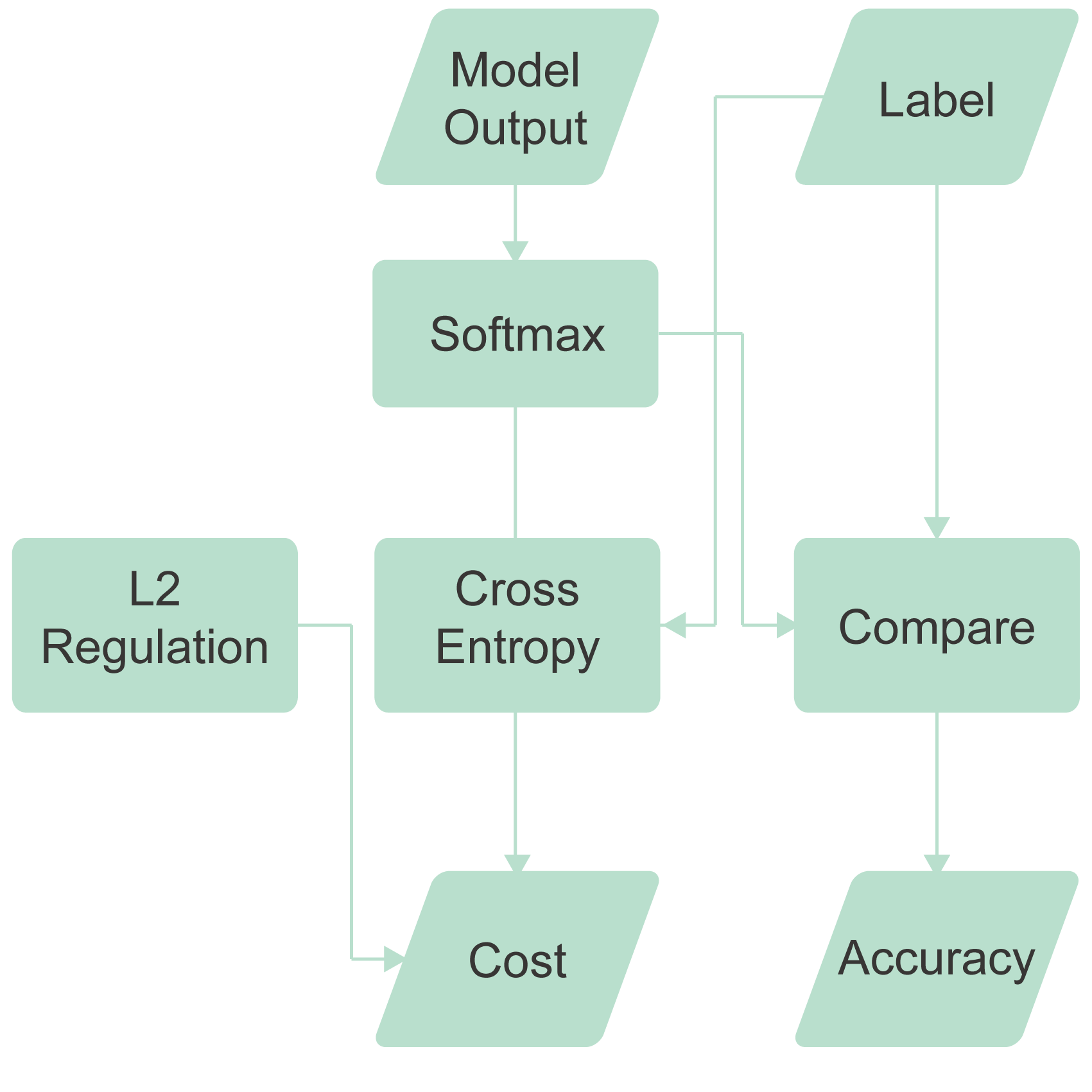 We chose the cross-entropy as the network cost function because it performed well that the exclusion classification mission. Here this the formula of cross-entropy.

Suppose H is a cross-entropy function, y'i is the real label, and the yi the network prediction output, the cost is

Parameters of the Neural Network were being optimized by Adam optimizer, which is a most commonly used ways to optimize the network.

After training, the model will be tested by independence test data, and the result was shown below.

For the use in reality, the network would connect to our IoTtalk system, giving the user daily warning from the diseases happening.

At first, we used the spore germination data on the research papers to fit out the functions.

Spore germination based on temperature [1]: 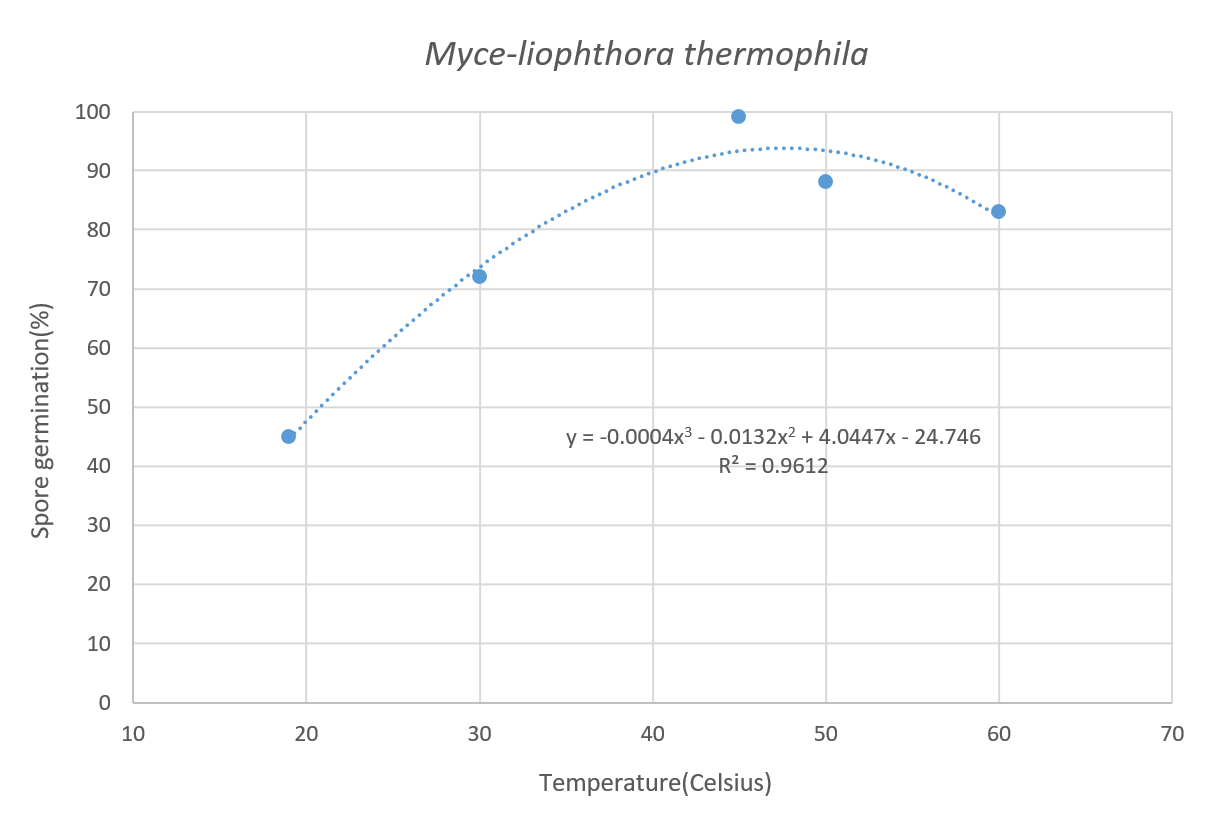 Figure 5: Spore germination based on temperature. 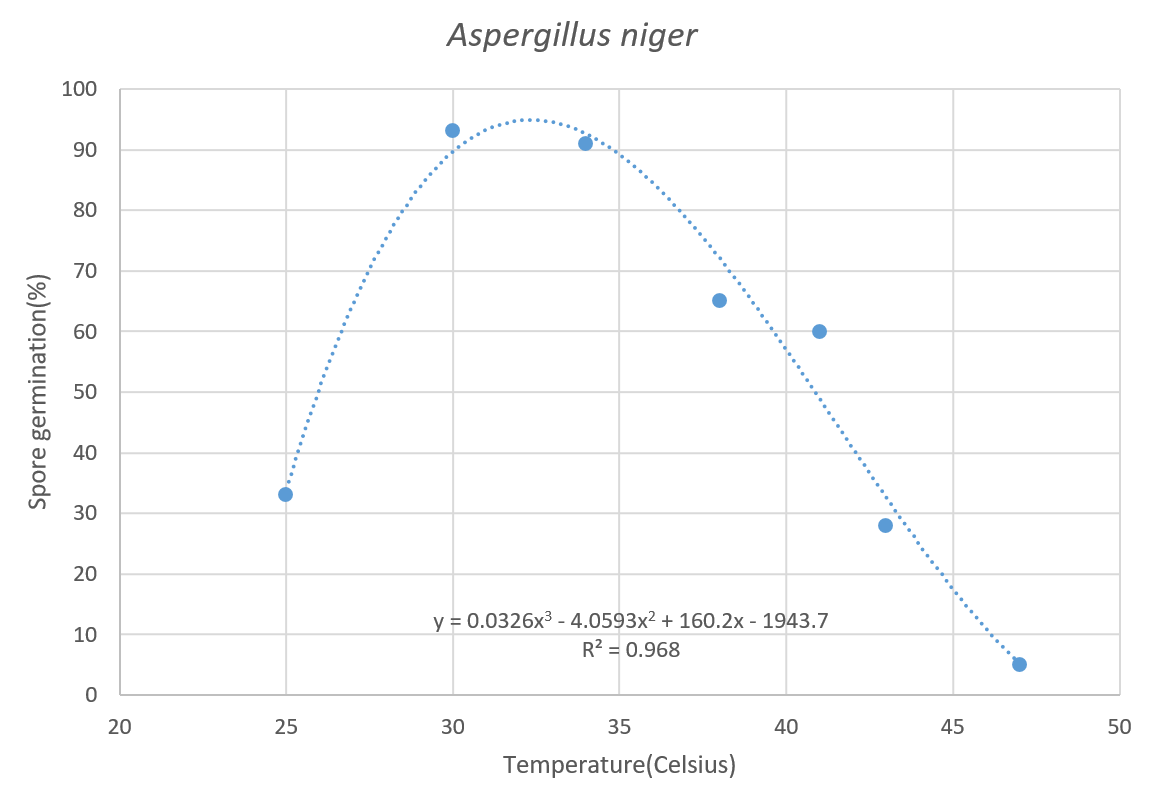 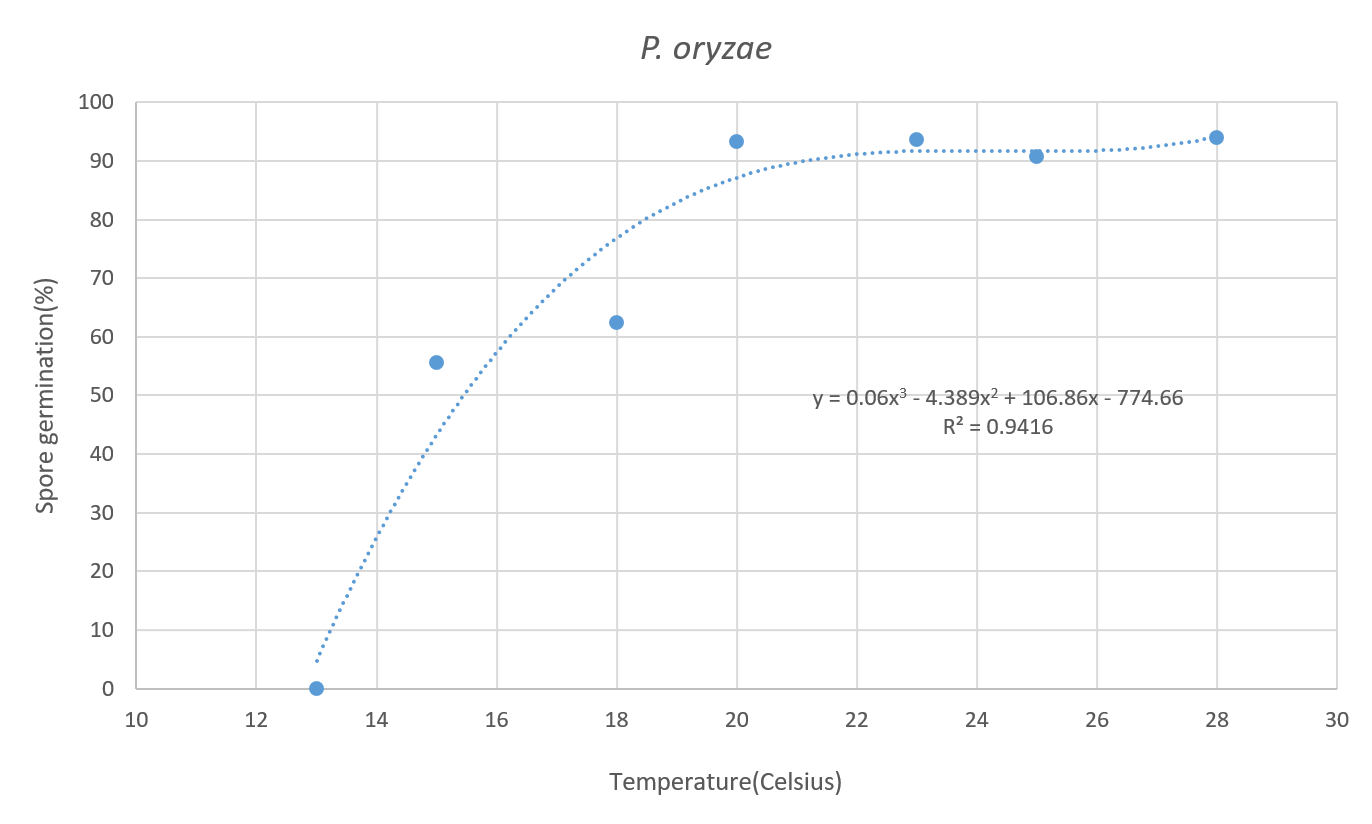 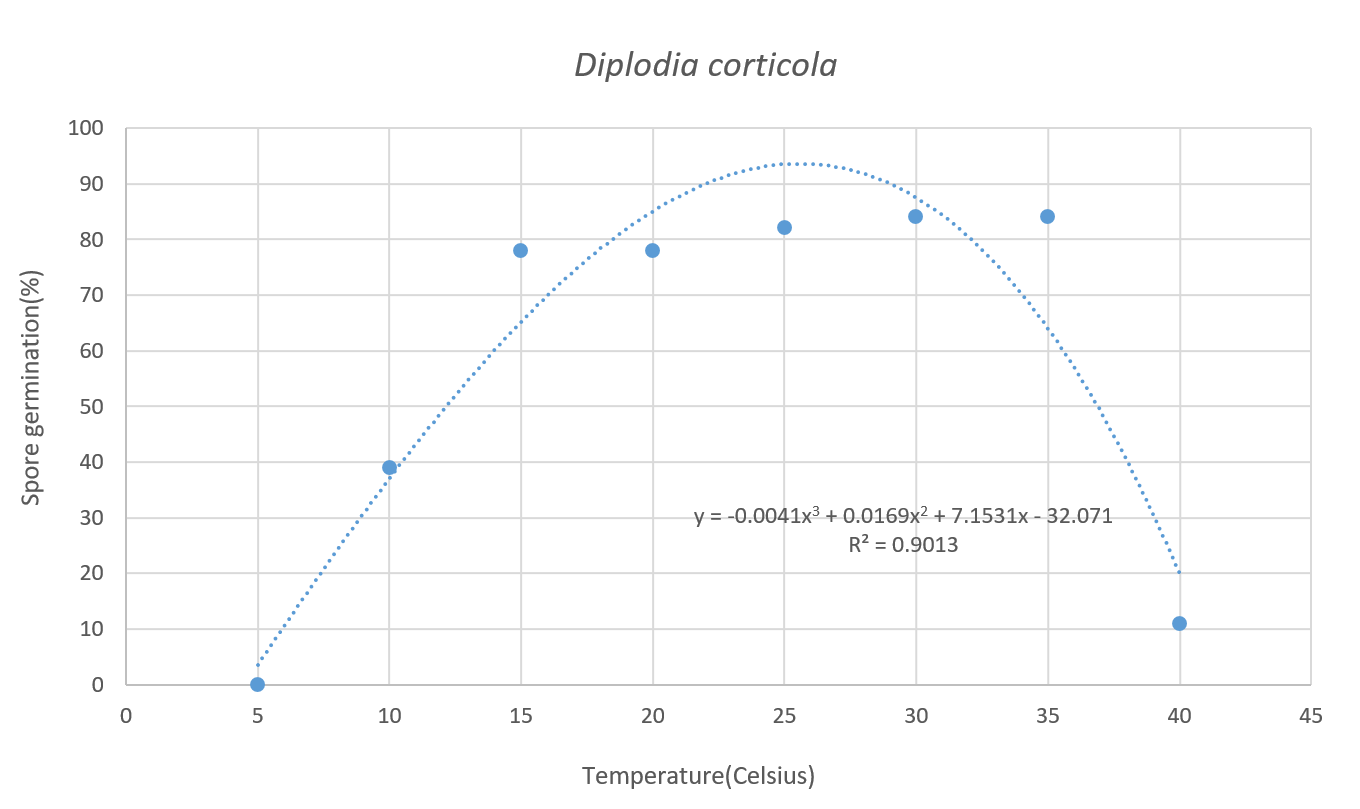 As results, we found out that the spore germination rate based on temperature can be fitted in a cubic equation

Spore germination based on relative humidity: 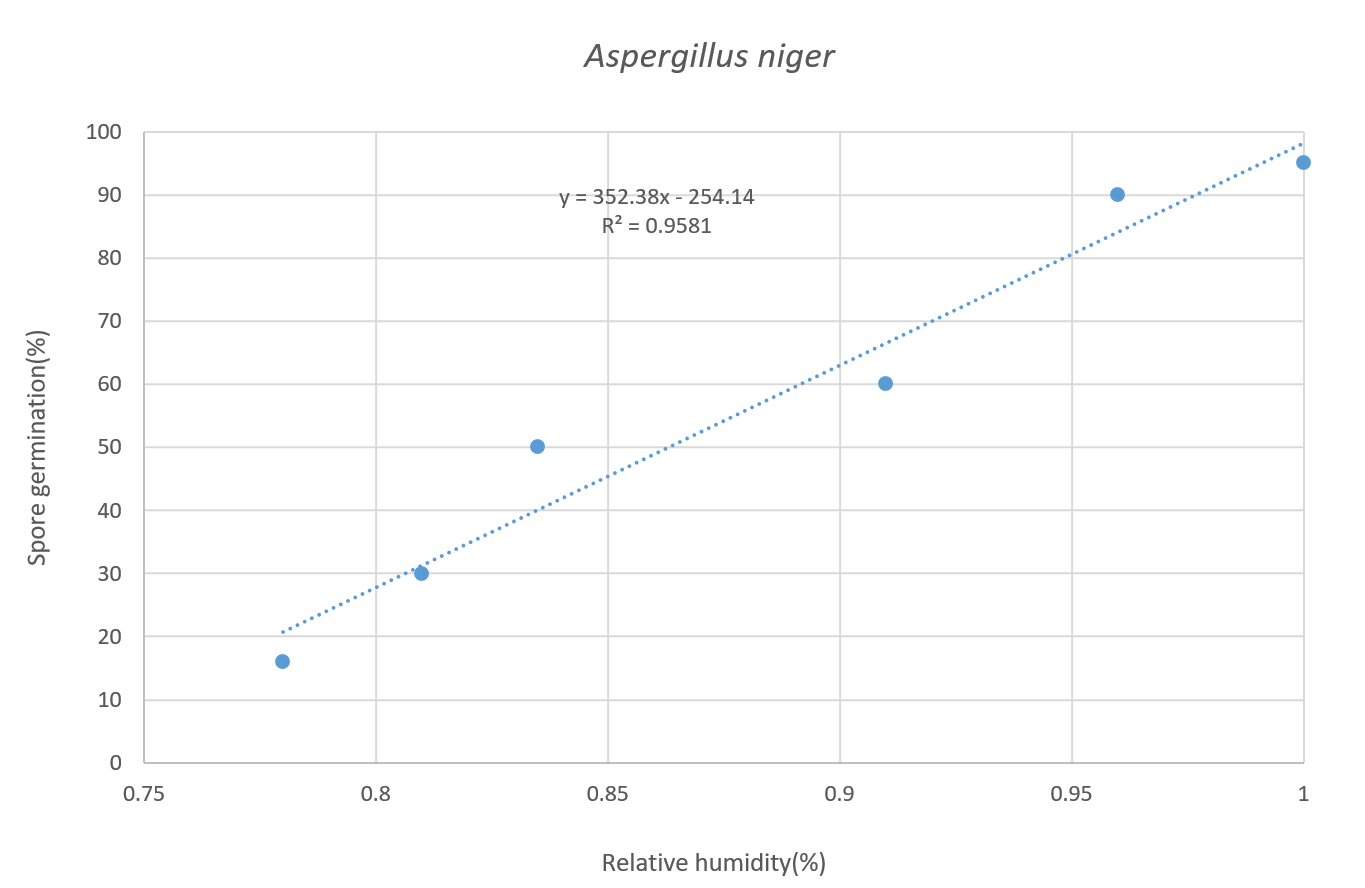 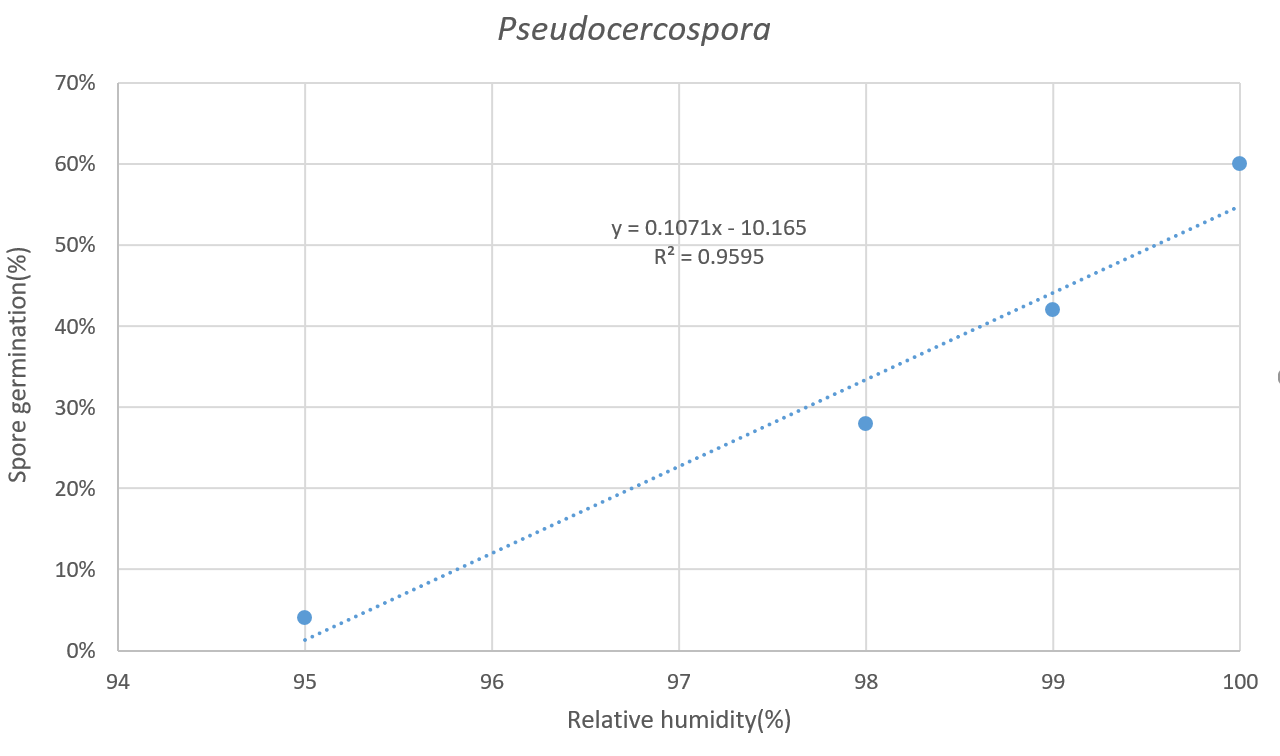 As results, we found out the spore germination rate based on the relative humidity in a linear equation.

Later, we considered the two equations as independent events and multiplied them to form our general fungal spore germination model. Then we conducted experiments to determine the coefficients and verification.

In other words, Just need the temperature and humidity conditions, we can calculate the spore germination in that environment.

The experiment part was divided into two part:

Remove the spores from fungal plate by Distillation-Distillation H2O to made the spore suspension solution (2x105particles/mL) and 2% glucose solution mixing with equal volume, then put the solution in concave glass slides. Later, put it into temperature and humidity control box. The humidity was set at 100%, the temperature was set from 10 to 30 Celsius degrees and been tested once every 5 degrees.

Remove the spores from fungal plate by Distillation-Distillation H2O to made the spore suspension solution(2x105particles/mL)) and 2% glucose solution mixing with equal volume, then put the solution in concave glass slides. Later, put it into temperature and humidity control box. The temperature was fixed at 25 Celsius degrees, the humidity was set from 80% to 100% and been tested once every 5 percents.

The standard of spore germination

following pictures are the Illustration of whether the spore germinate or not. 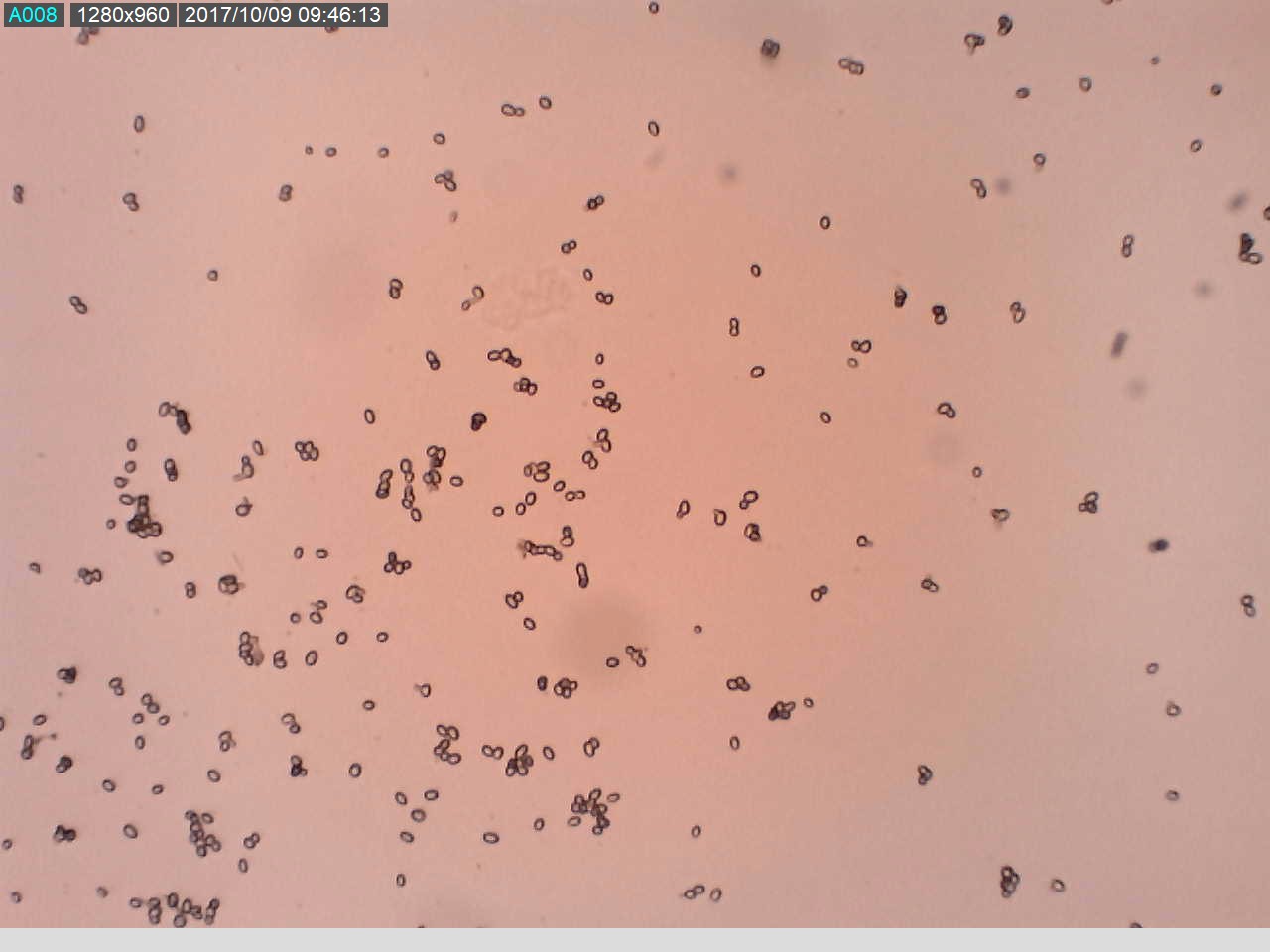 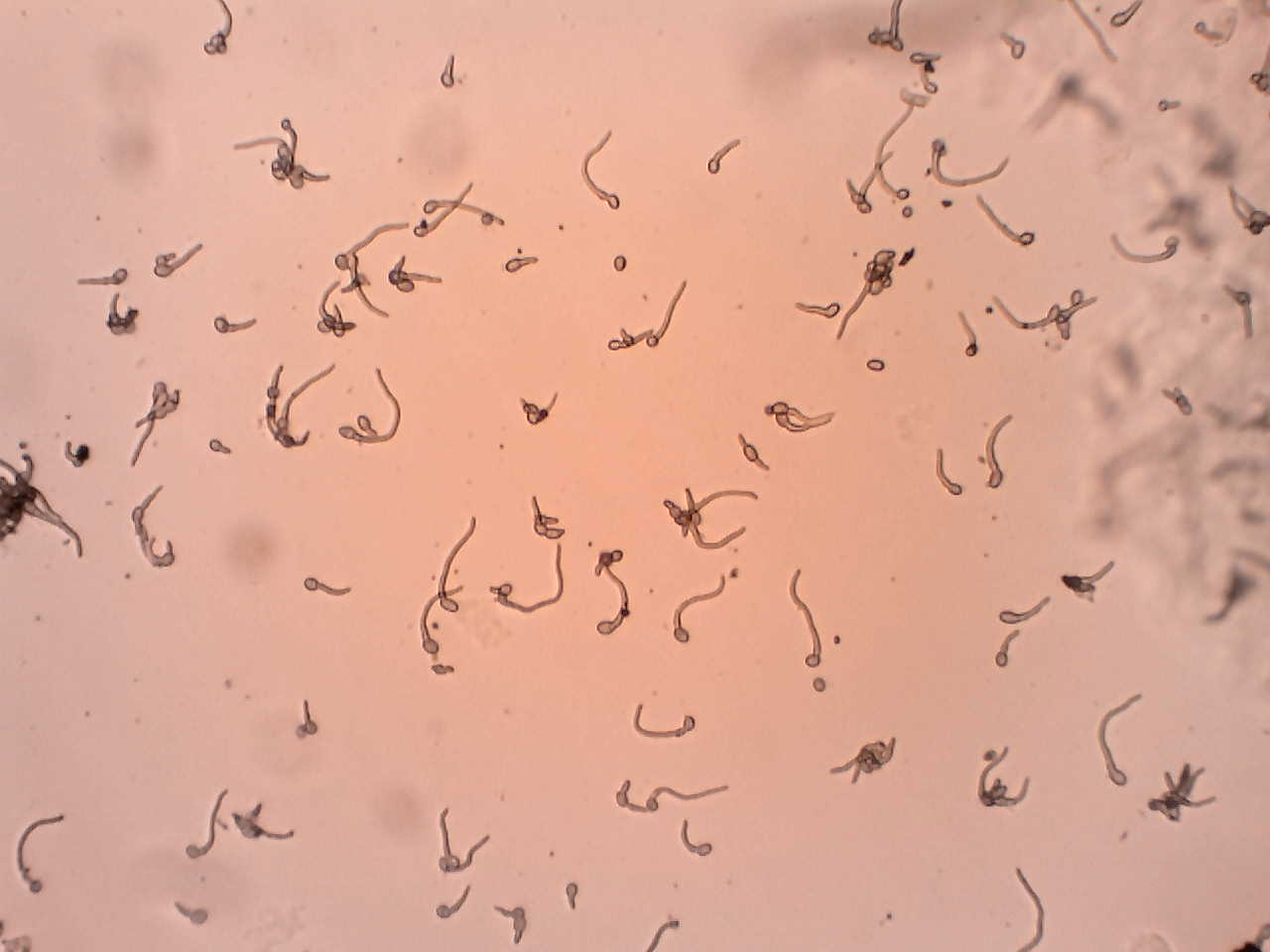 The effective range of temperature is 10 to 30 Celsius degrees.

Table 2: The spore germination rate of fixing the relative humidity and changing the temperature in different hours. 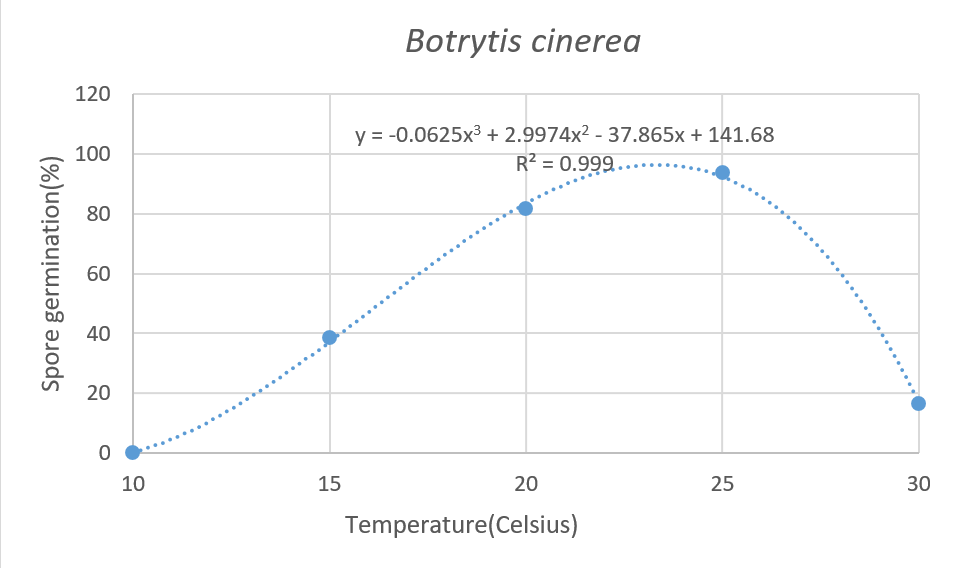 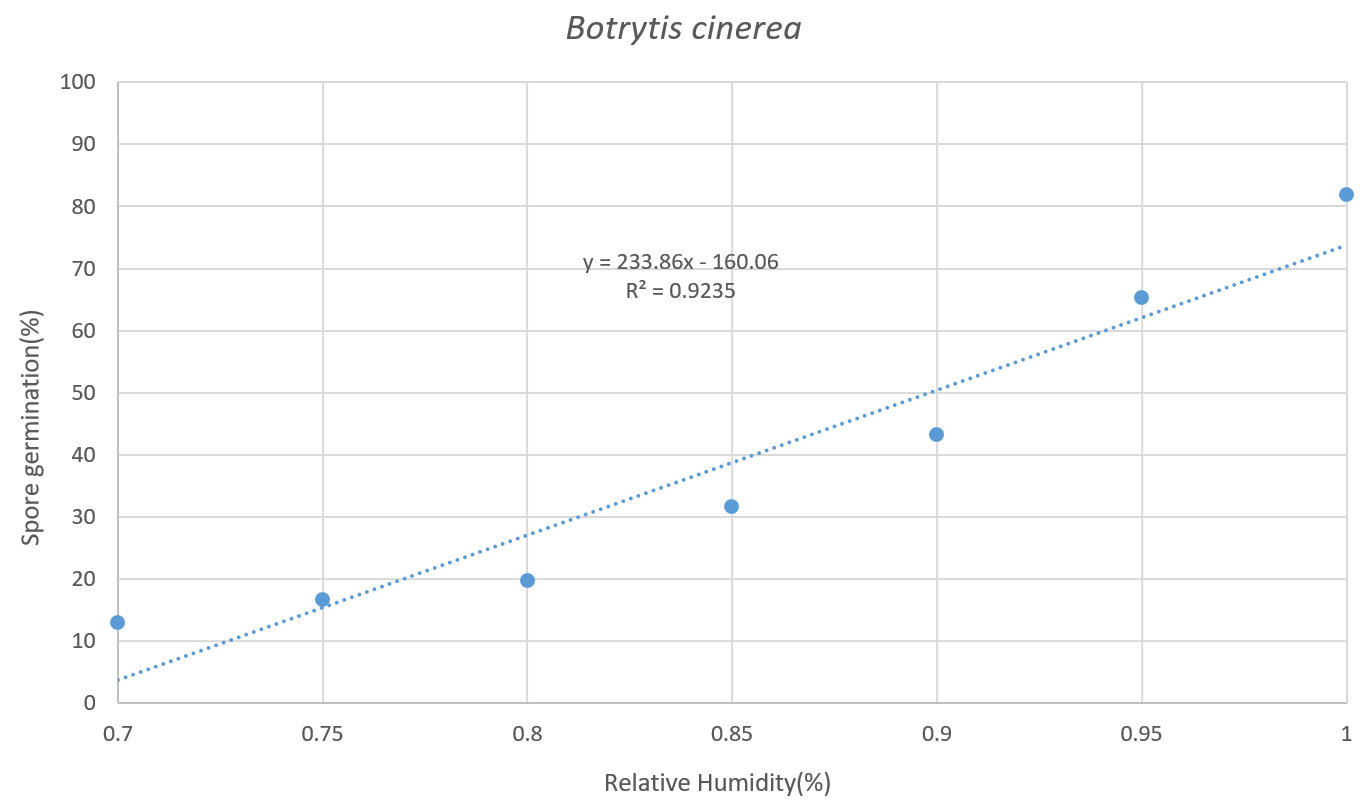 Table 4: The results of our independent event validation. 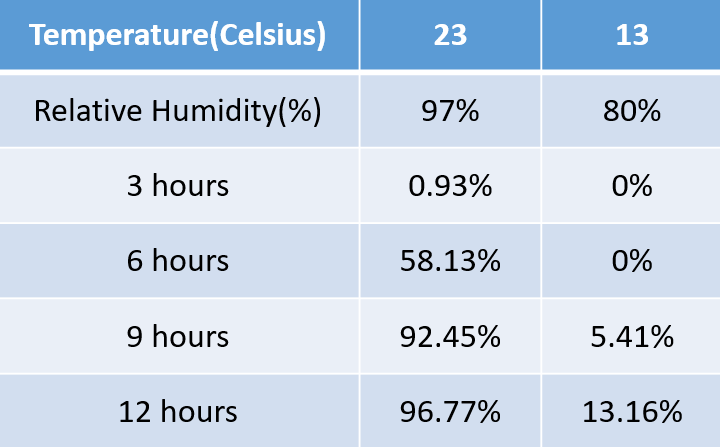 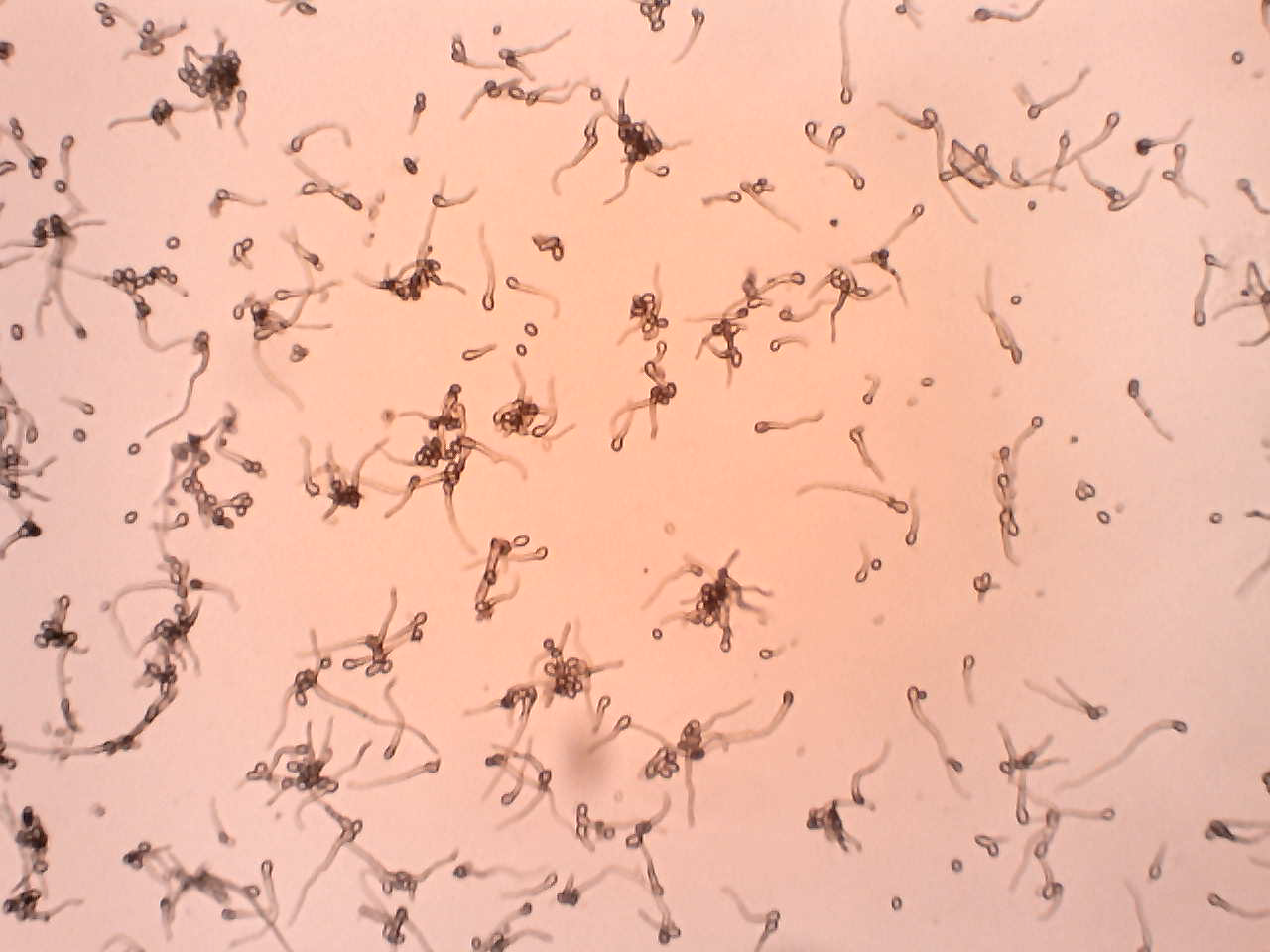 Figure 15: The spore germination under the condition of 23 Celsius degrees and 97% relative humidity (9 hours) 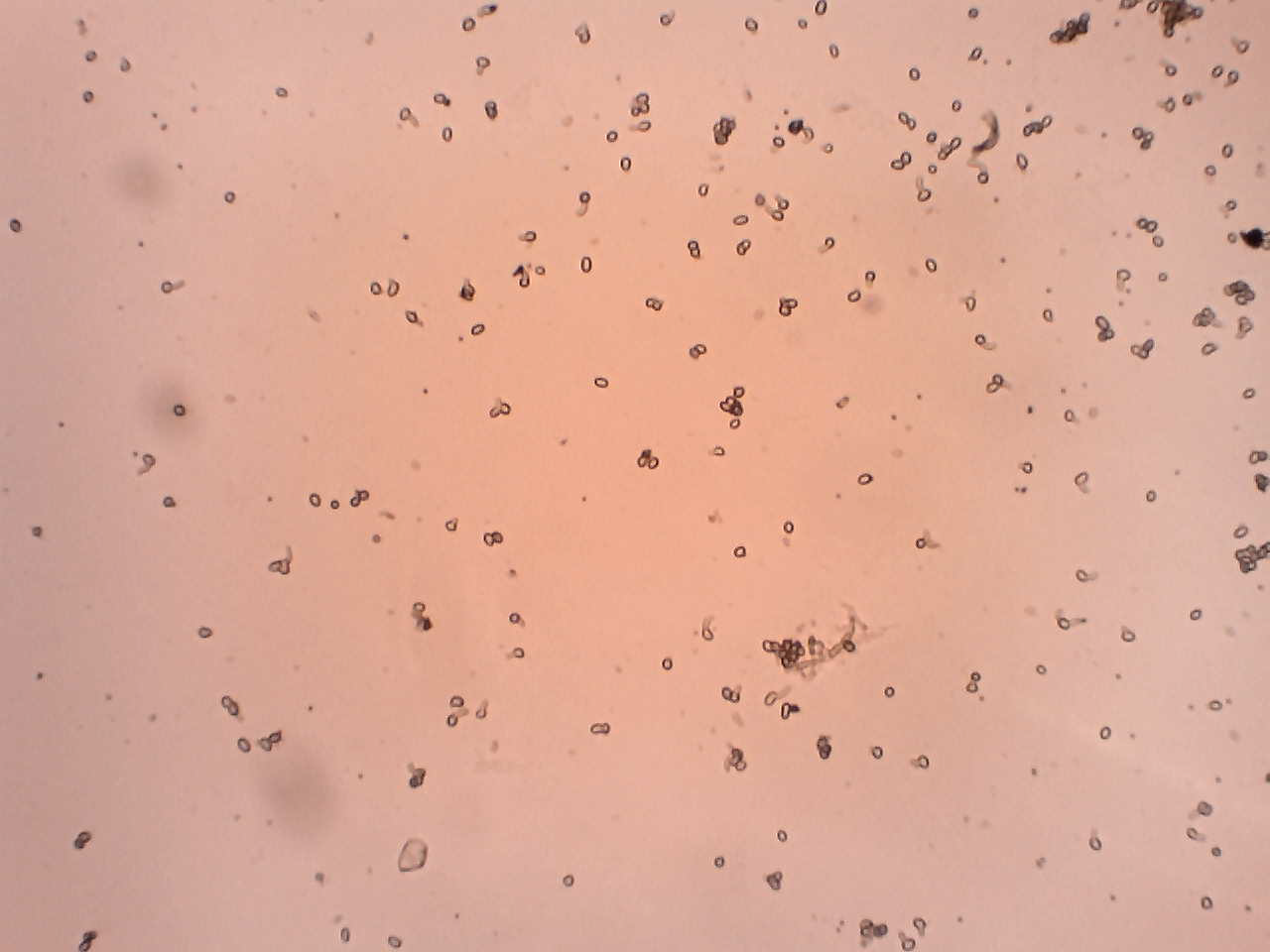 Figure 16: The spore germination under the condition of 13 Celsius degrees and 80% relative humidity (9 hours).

The result can proof that our formula is quite precise.

Table 5: The results of comparing the spore germination rate of our experiment and formula.

Our final formula is:

where x1 is temperature and x2 is relative humidity.

According our experiment result, we prove that temperature and relative humidity is an independent event and our formula is quite precise.

If both of the predicted results are above the threshold, the user will be advised to spray the pesticide. The data sent back to IoT system simultaneously and the user can decide whether to automatically spray.

When the germination rate exceeds the threshold, we will advise the user to spray the corresponding peptide.