Make our thinking broad and project fitting to the community concerns with professional knowledge and advice, keeping the concept of our project carefully and importantly to the world. It is the process for us to learn and do with a rigorous but creative way.

National Chiao Tung University has been dedicated to the field of ICT (Information and Communication Technology) since 1958, and now has a good foundation to research and develop ICT. This year, NCTU_ Formosa wanted to create a new interdisciplinary academy, BioICT combining the field biology and ICT. We demonstrated the spirit of synthetic biology, built the bridge between engineering and biology and reinterpreted the application of biological science.

In the generation of Big Data, biology could be completely different from the past by making good use of the advantage of the information processing and analyzing, and further, making our lives better.

The creation of AI (Artificial Intelligence) has changed the world. With such a great tool, we are trying to build an AI system to select functional proteins or peptides for all kinds of applications, such as environmental, medical science and industry. This is to maximize the benefits of interdisciplinary and to ameliorate the disadvantage of traditional engineering with biology.

A Bridge between Computer Science and Biology

To begin with, building up the bank of information is the groundwork for artificial intelligence. From the collection of data to how to integrate themselves, it is totally different to the traditional way like searching papers one by one artificially. The establishment of a database bonds the information processing and the biology. Bioinformatics could make the biology knowledge reorganize systematically and high efficiently.

The visit was an eye-opener for us to know how extensive the database could do. During the conversation with the professor, whose major is ISB (Integrative System Biology), we became more familiar with the knowledge of biological information processing from how to classify and collect the data, to the analysis of vast data in details and make functional arrangements. After learning the processes and applications, compared with traditional methods, we realized bioinformatics much more… 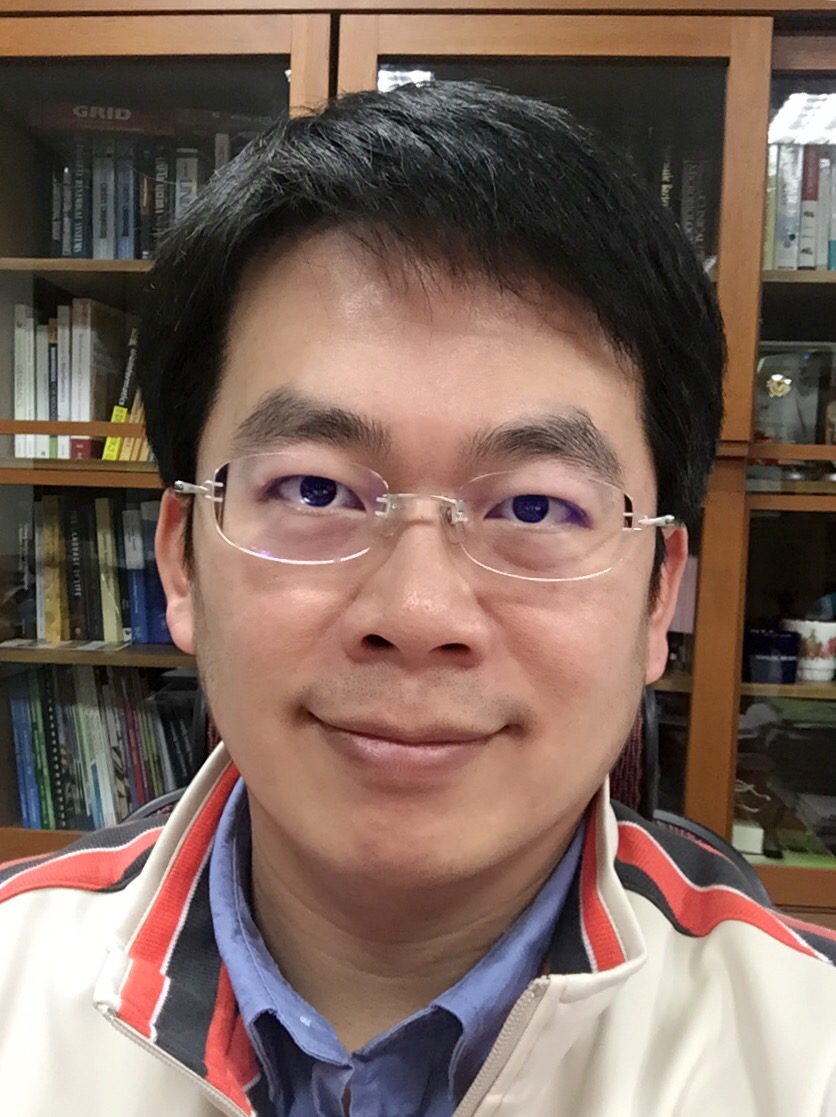 A database is unorganized with a bulk of data so that in the next step, compiling an artificial intelligence could maximize the utility of bioinformatical application, which could be the new goal. AI (artificial intelligence) could replicate decisions and actions of humans without human shortcomings, such as fatigue, emotion and limited time. In the course of sorting a large amount of data, AI can be trained and distinguished the features, and could also enhance its accuracy. Via logical algorithm, AI could make the decision more and more accurate after training rounds by rounds. If we could make good use of the characteristics of AI in the field of bio-information, functions of the selected candidate proteins could significantly increase. Further, AI can also do predictions.

According to the instruction of professor, the cores of optimizing AI are:

Professor Ho gave us lots of suggestions on programming the training processes of AI, including feature choosing, data analyzing and evolutionary computation. After the guiding of Professor Ho, the system reached the level of further applications: 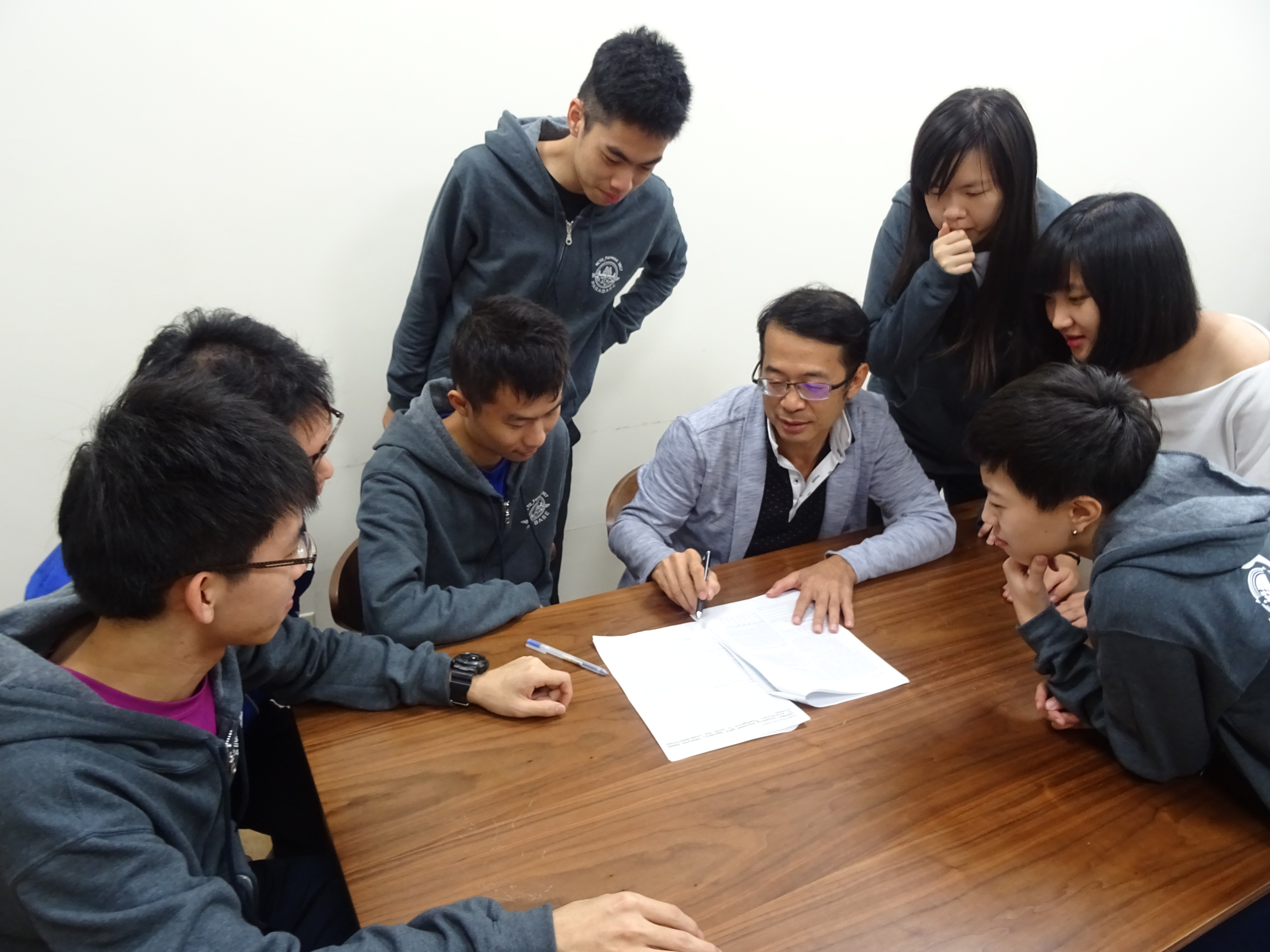 According to the design of our dry lab, we successfully built the whole system including the database and the IoT system. AI is the core of the whole platform to predict and filter the potential and suitable peptides to be the fungicides. To make the system more reliable, we also designed a series of wet lab experiments and tested the antifungal function of the peptides that our system predicted. Via genetic engineering of E.coli, we got the peptides. and test activities in vitro and on plants.

Professor Tsai taught us a lot about how to test the antifungal activity of biopesticides and gave us lots of valuable experiences about experimental skills. We appreciated the assistance from professor Tsai, who has helped us to establish the basis of background knowledge of fungi and experimental protocol of our wet lab. 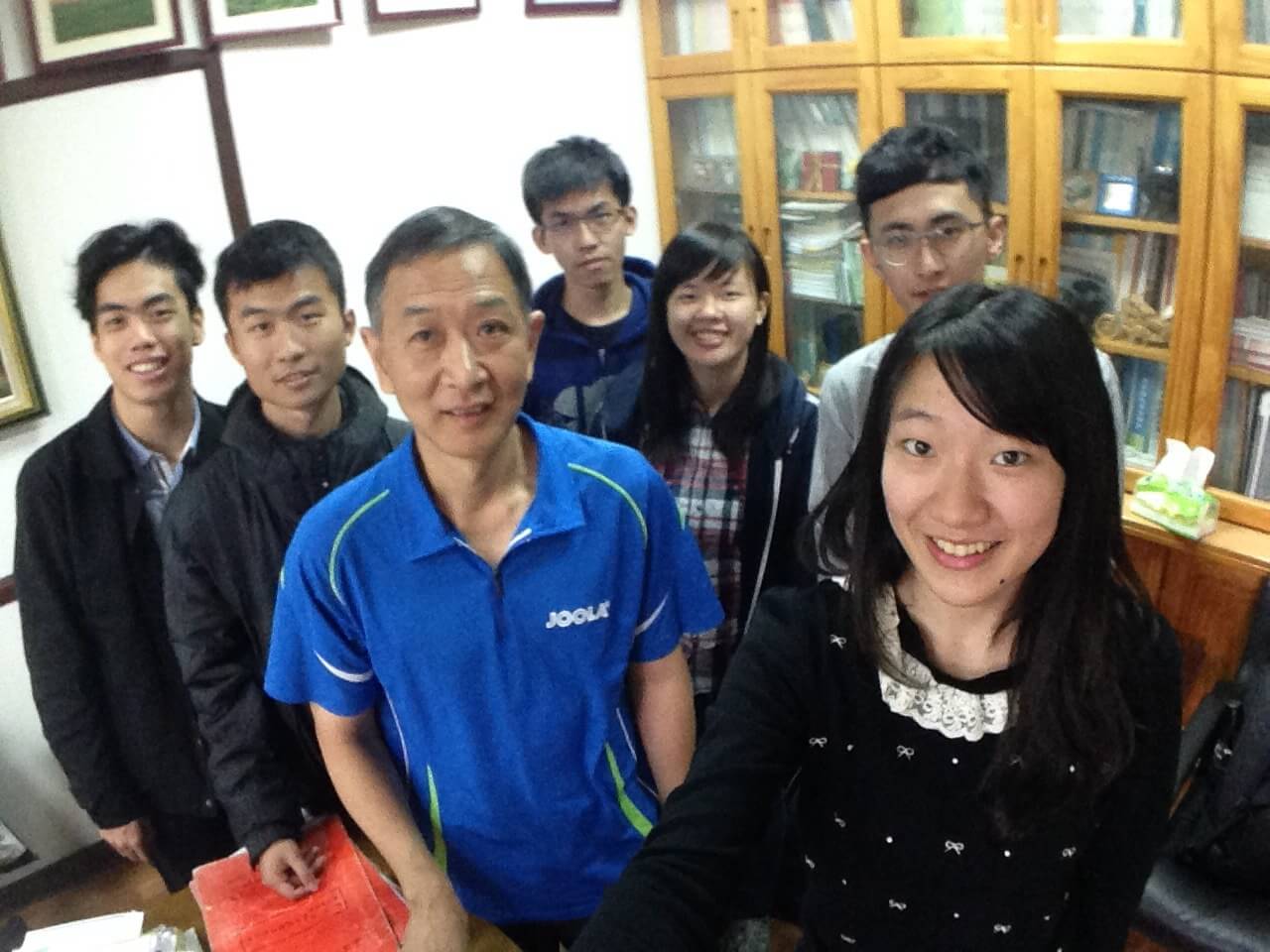 Figure 3: Visiting expert. Group photo with the professor Sjyh-Nong Tsai in Plant Pathogen Division, Council of Agriculture. Dr. Tsai is the third person on the left in the front row.

Application of our antifungal peptides

Due to the high sensitivity of biofungicide (which are proteins) to the changing surrounding condition, the timing we use the peptides is pretty important to the activity of the peptides. Facing this problem, we needed to know when the pathogen would rage through the cultivated area.

We tried to make a forecast system which could help us to predict the timing which the pathogen would be prevalent through the deep analysis of the data of environmental factors. If we could accurately predict the time for disease happening, we could spray the peptides, even did the prevention right at the best timing.

Professor Chung does deep researches on the knowledge of rice blast disease which is prevalent in summer in south-east Asia and causes serious economic losses up to 55 million US Dollars per year. The professor taught us lots of details about the occurrence of the rice blast and the possible reasons it might rage. That helped us for setting up the system of IoT forecast system on which kinds of environmental features should we concern. 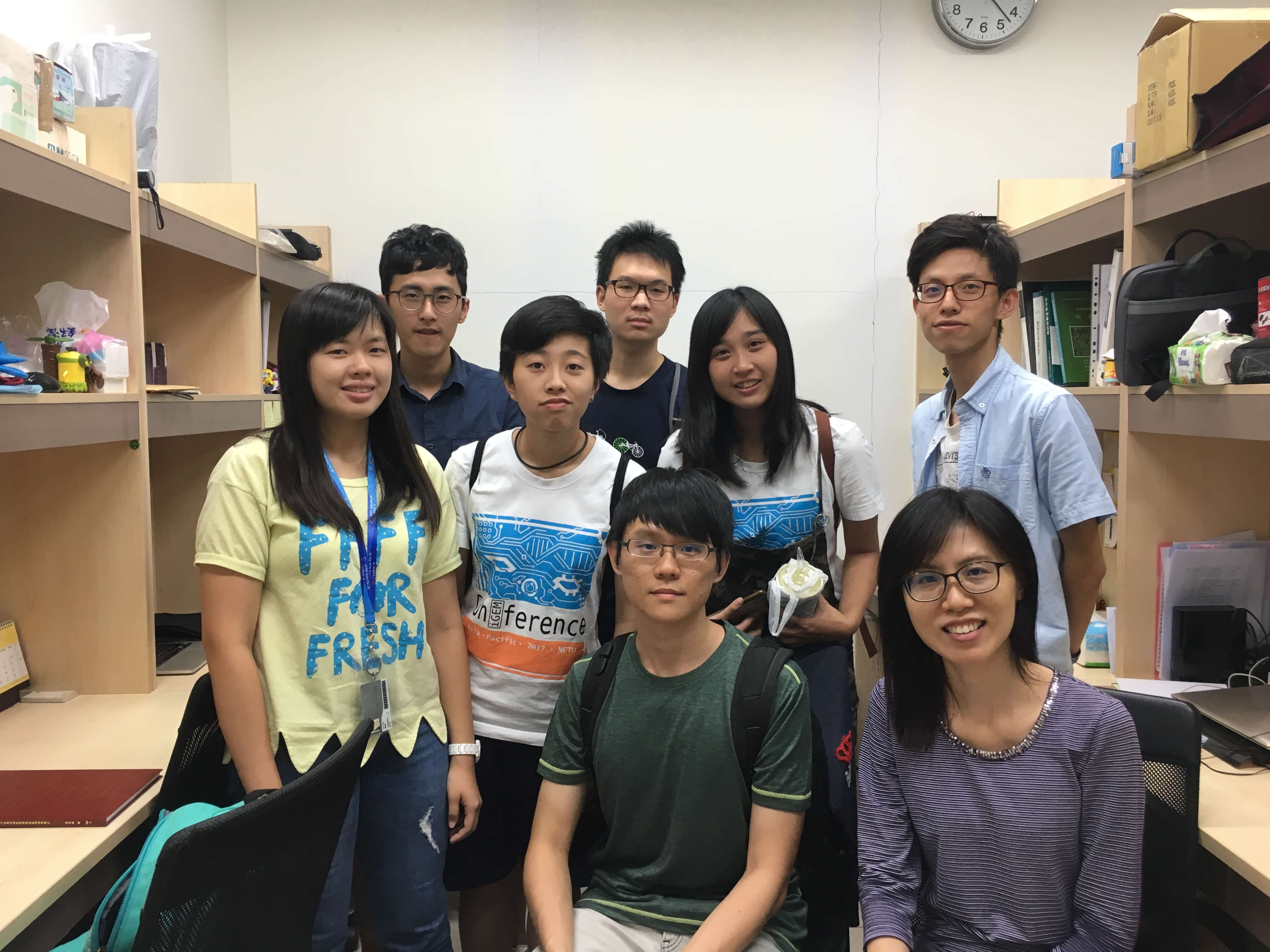 Figure 4: Visiting expert. Group photo with professor Chia-Lin Chung and the research assistant in Department of Plant Pathology and Microbiology, National Taiwan University. They sat in the front row.

Create an environment for each of us could get the different point of view through holding the conference. Make our horizon broad when we kept on brainstorming.

Starting from 7/31 to 8/3, the 5th iGEM Asia-Pacific Conference held by NCTU_Formosa in NCTU, Taiwan, has brought 21 teams, about 170 attendees from different schools from China, Japan, America, and Taiwan together to sparkle ideas. 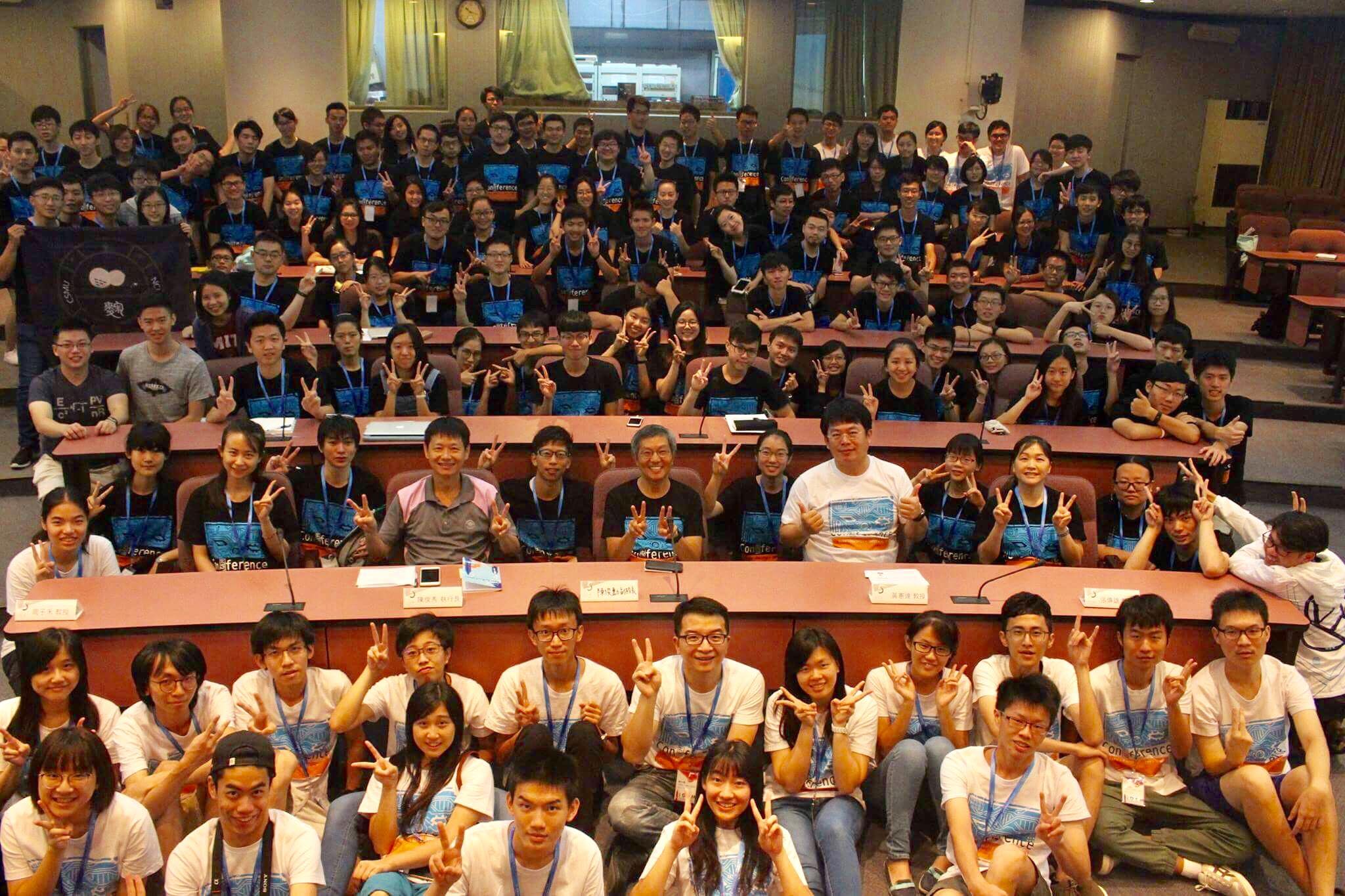 Figure 5: Photo of all the participants, the president of National Chiao Tung University and the teachers of all the teams.

During the conference, each team would show their project at the presentation and poster section to get feedback from other teams. 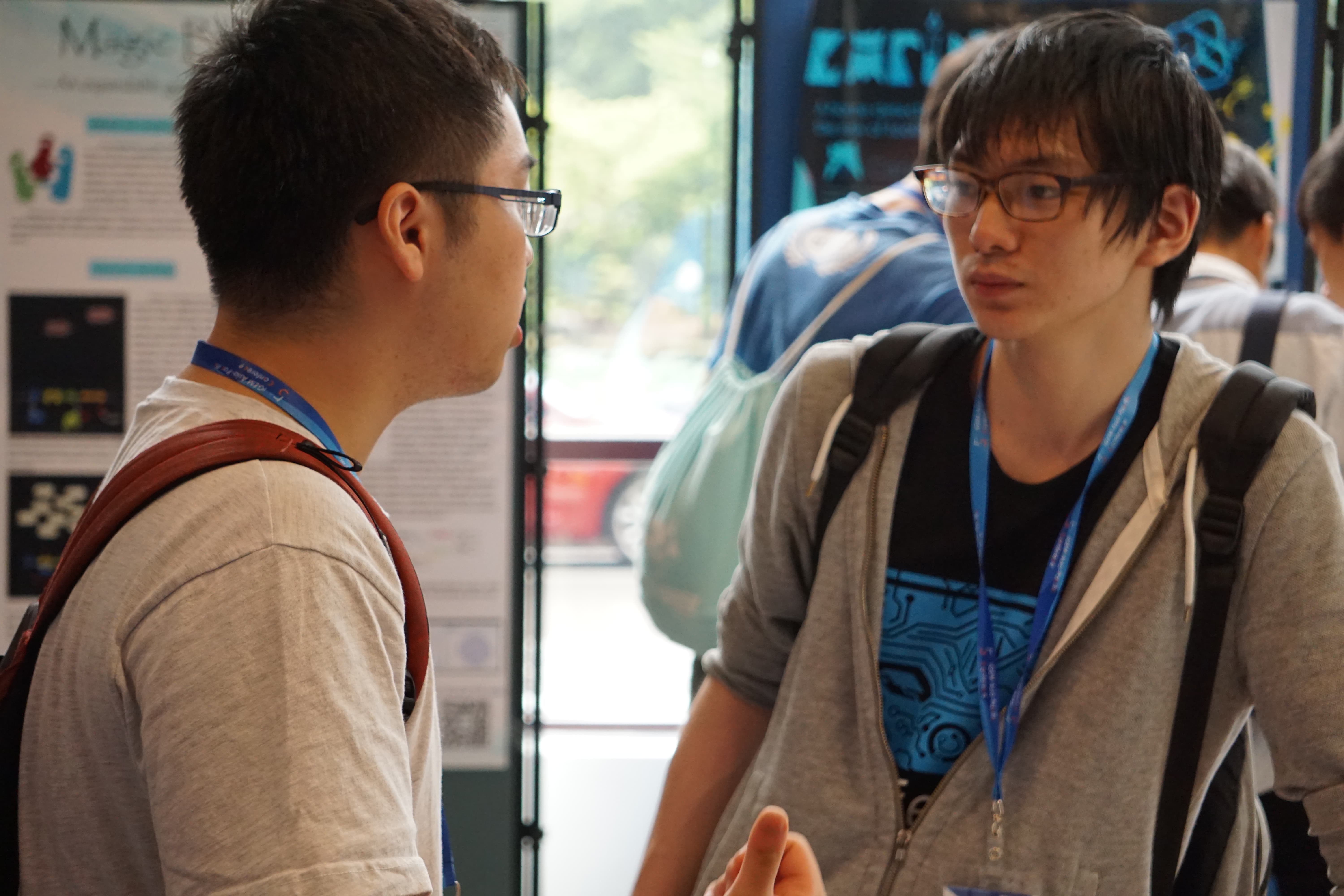 Figure 6: Photo of the poster section in the conference.

Additionally, we also invited professors from the top universities in Taiwan or instructors from the participating teams as chairpeople, who gave professional advice to the teams.

Figure 7: Photo of the trip to Taipei during the conference.

Moreover, after the conference, a day trip to Taipei together made each team get closer.

Through the conference, we had broadened our horizon by multi-dimensional exchange and suggestion. The most precious part is that we made a group of friends with the same interest and enthusiasm. For NCTU_Formosa, it is worthy to put lots of effort into organizing the whole conference. The unforgettable memories and attainment are priceless. 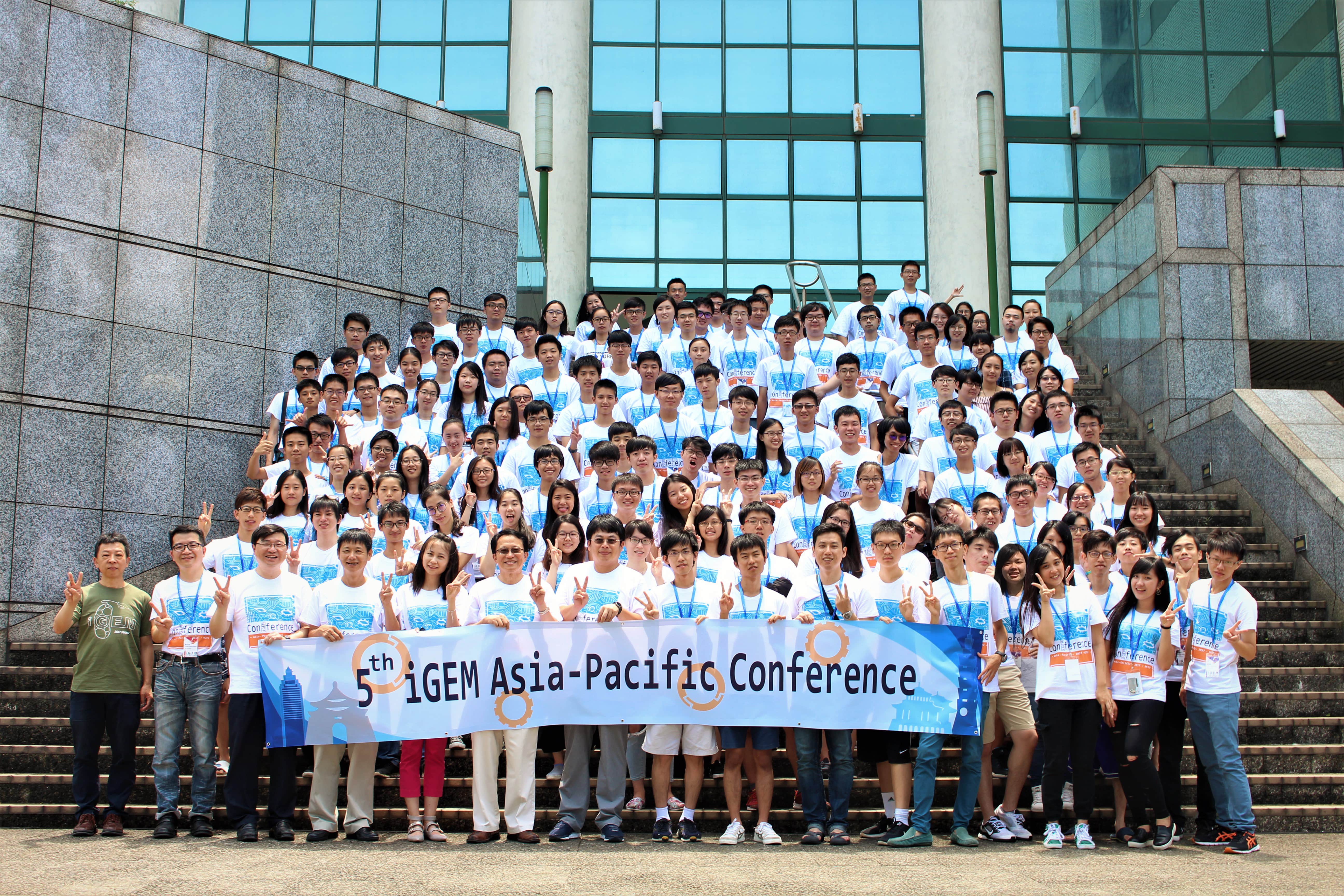 Figure 8: Photo of the closing ceremony.

On June 26th, NCTU_Formosa attended a small conference at National Tsing Hua University held by team NTHU_Taiwan. First, they invited Professor Warren C. Ruder to introduce more fields that Synthetic Biology could reach and his research about controlling robots with Synthetic Biology methods. Later, both team presented their projects, shared ideas together and got many advices from Professor Warren C. Ruder. NCTU_Formosa got many things to confirm and to improve! 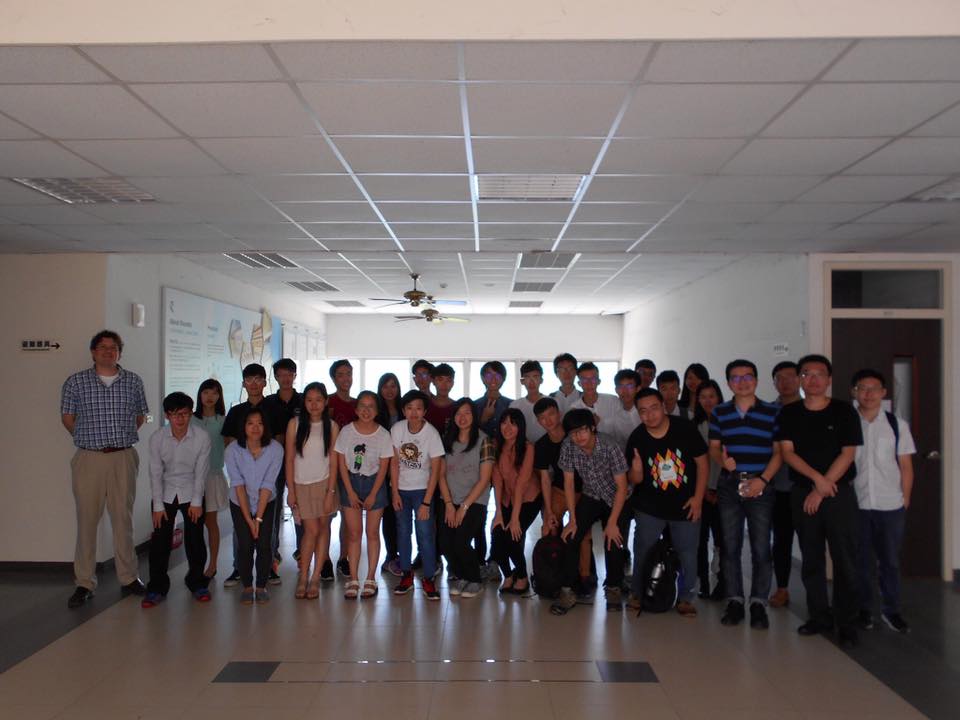 Figure 9: Photo of the conference at National Tsing Hua University.

After the 5th iGEM Asia-Pacific Conference, NCTU_Formosa had good friendships with many iGEM teams. 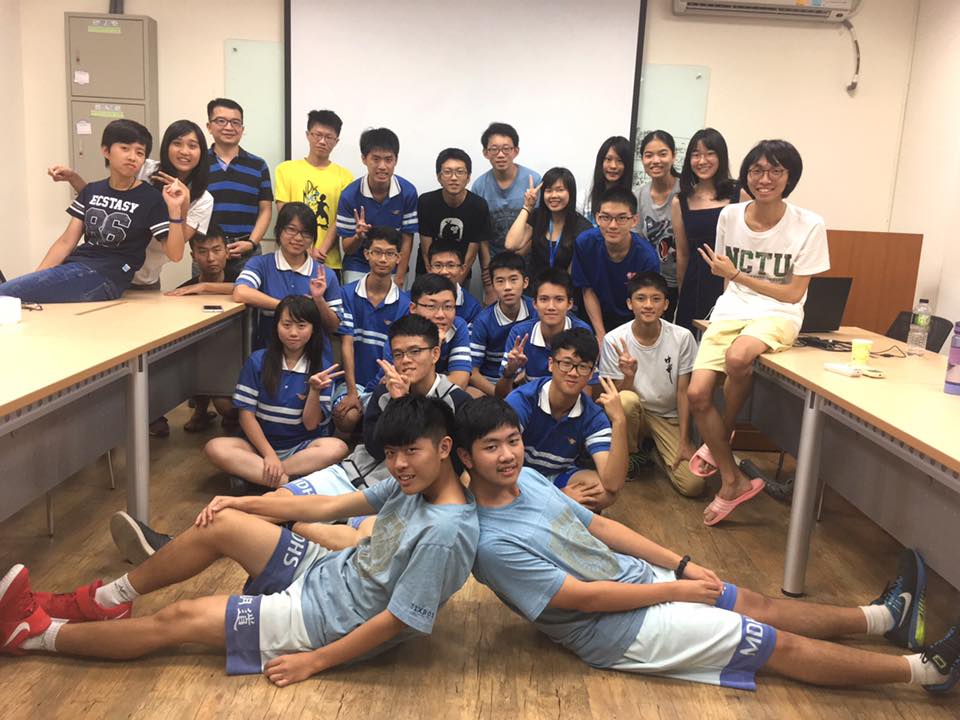 Figure 10: Photo of the small conference with the iGEM teams, TCFSH_Taiwan and Mingdao, at National Chiao Tung University.

From July 2nd to July 9th, invited by HUST-China team, we participated in the Central China Conference in Wuhan. In the conference, we shared our project idea with other team members and exchanged the ideas from different viewpoints. Through the discussion, we came up with fresh new points and solutions for the projects. Obviously, all of us got great suggestions to improve projects further for the Giant Jamboree. 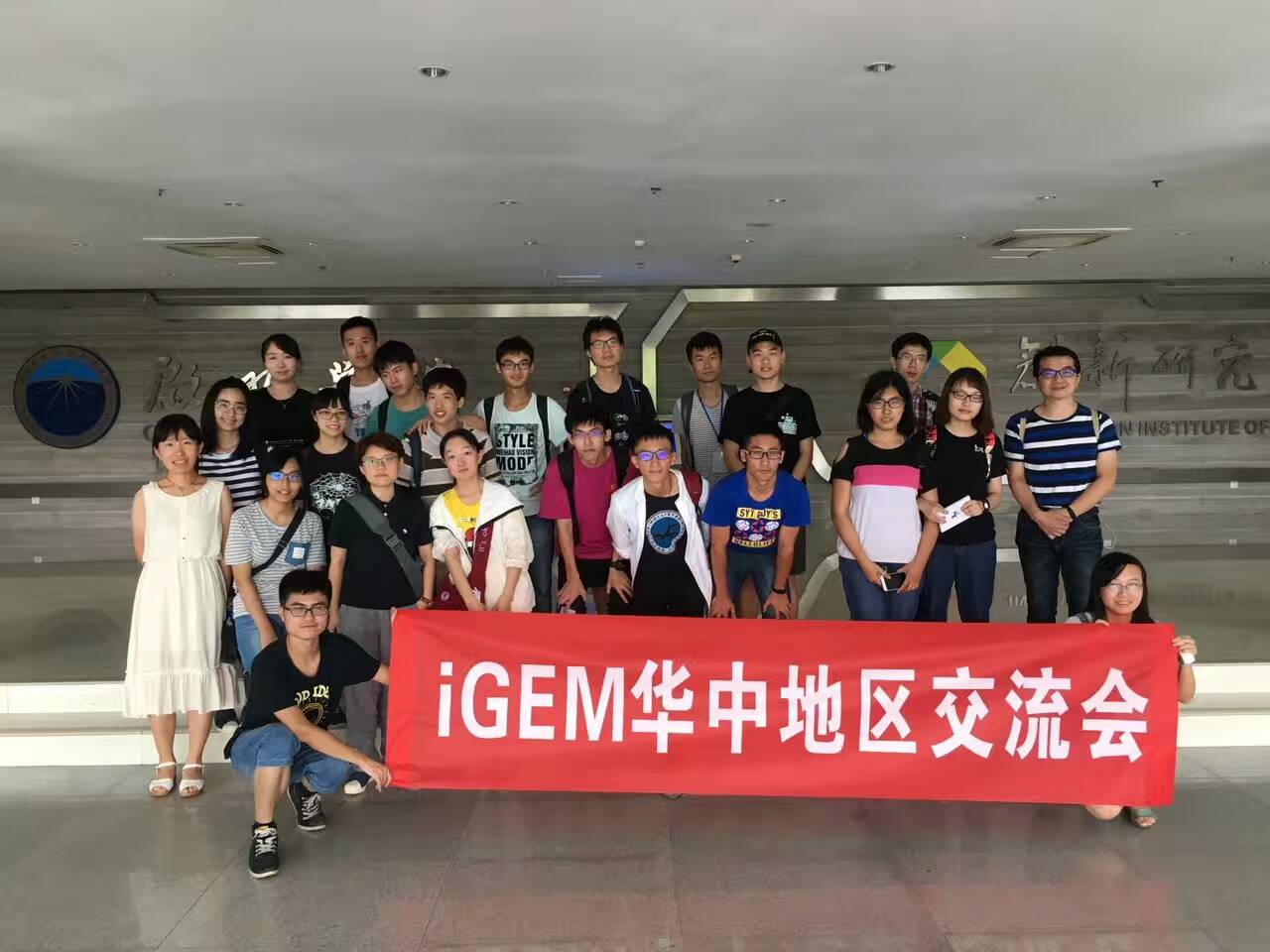 Gather together with the iGEMers from the world, and sparkle the new ideas by exchanging the thinking to make each of us think out of the box.

NCTU_Formosa had the first video chat on March 12th with the iGEM team of Université d'Evry-Val-d'Essonne, team Evry, from France. We had a short introduction for both teams. Team Evry tried to work on the field of a biosensor, while NCTU_Formosa tried to solve problems with bioinformatics. It was a great experience that NCTU_Formosa tried to connect to more iGEM teams and we would also keep in touch with team Evry.

On March 23rd, NCTU_Formosa had a video chat with team Korea_U_Seoul in Korea. Aside from the discussion about iGEM, it was also an interesting experience we taught each other to speak Korean and Mandarin. 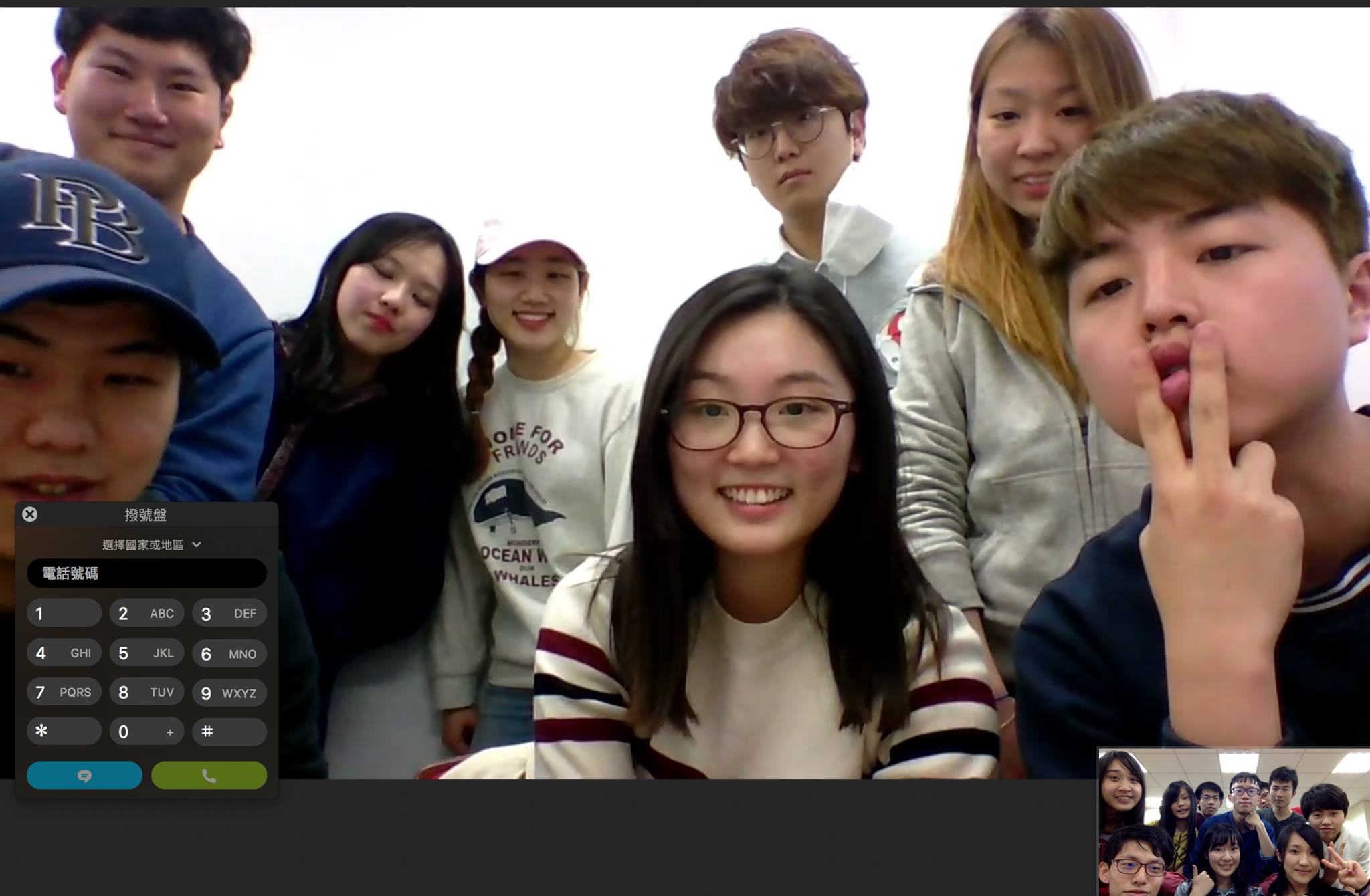 On June 23rd, NCTU_Formosa met another cool team online, that was team Peshawar from Pakistan. They were a national iGEM team, and all the members came from 14 different colleges, so they usually communicated with members online and conducted experiments together in an institute. We shared ideas with each other, although they haven’t decided the topic yet. 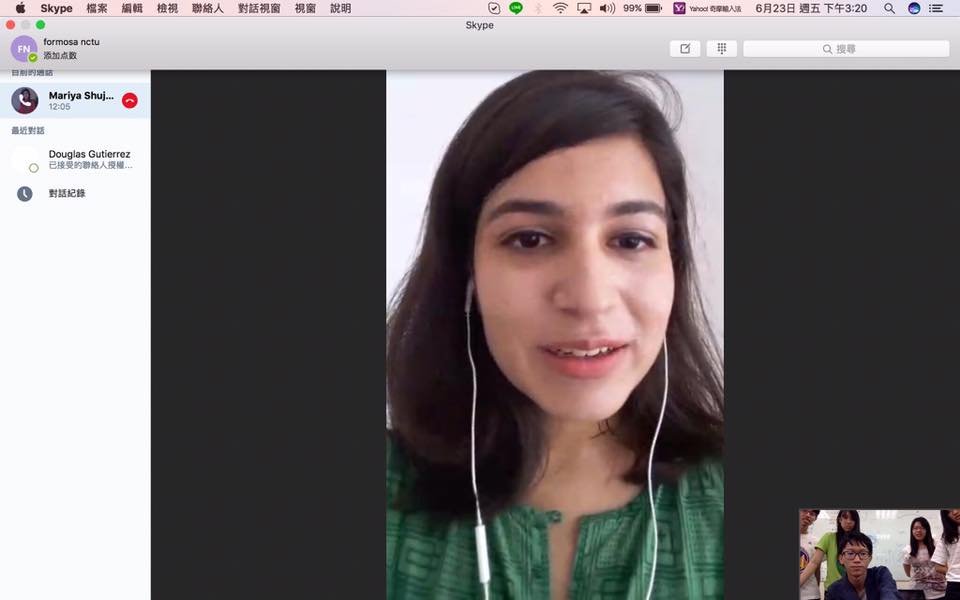