We had a meet-up in Trondheim with the iGEM team from the University of Oslo (UiOslo). During the meet-up we had a "Mini Jamboree" and held presentations for each other. Professor and previous iGEM judge Eivind Almaas was present to give feedback, and the teams gave feedback and comments to the presentation and project for each other. After the Mini Jamboree we had a lovely lunch together (see pictures) and sightseeing in our laboratory, at the university campus, and in Trondheim city. 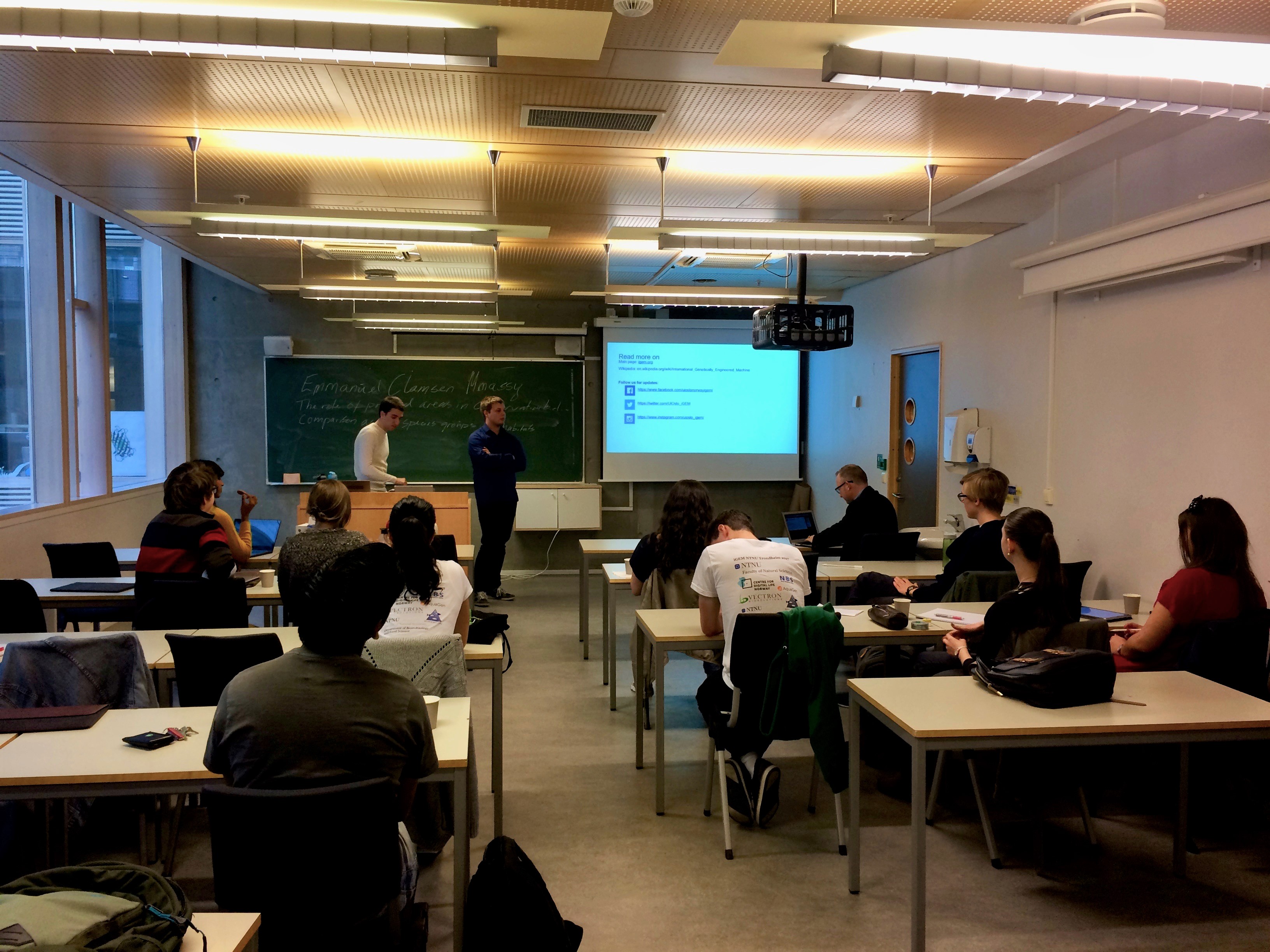 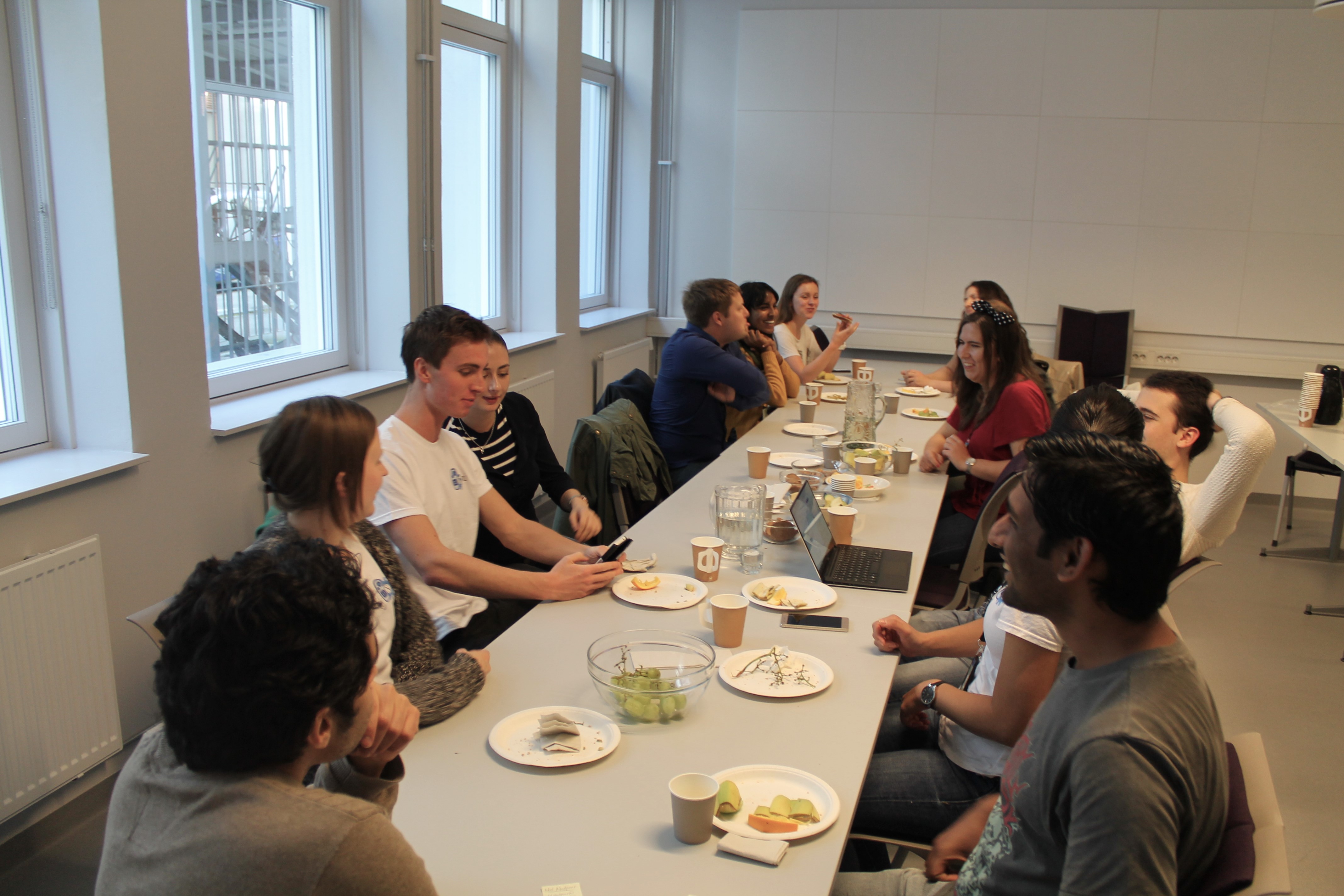 Lunch with the UiOslo iGEM team.

Afterwards, we decided together that the UiOslo team could help our team by improving the characterization of our biobrick MP6 mutator. They used Escherichia coli TOP10, which is a different strain from the E. coli DH5α that we have been using. By using a different strain, we were able to obtain more data on the mutagenesis activity of the plasmid and check if the plasmid worked in another strain.

We sent our biobrick to Oslo, together with the guidelines on how to perform the experiment. First, the MP6 mutator plasmid was transformed into E. coli TOP10 together with the pLA230 control plasmid. After 16 hours incubation at 37 C, the transformed bacteria culture was split into two, and glucose (20 mM) was added in one culture flask while arabinose (20 mM) was added in the other one. The cultures were incubated at 37 C for 24 hours. The next day, 100 μL of the different cultures were plated on plates with LA, glucose and ampicillin (culture dilutions 10-0-10-3) and plates with only LA and glucose (culture concentrations 10-5-10-8). The plates were grown overnight. The resulting plates are shown in the picture below, and all results are also shown at Team UiOslo Norway's wiki at the results page. 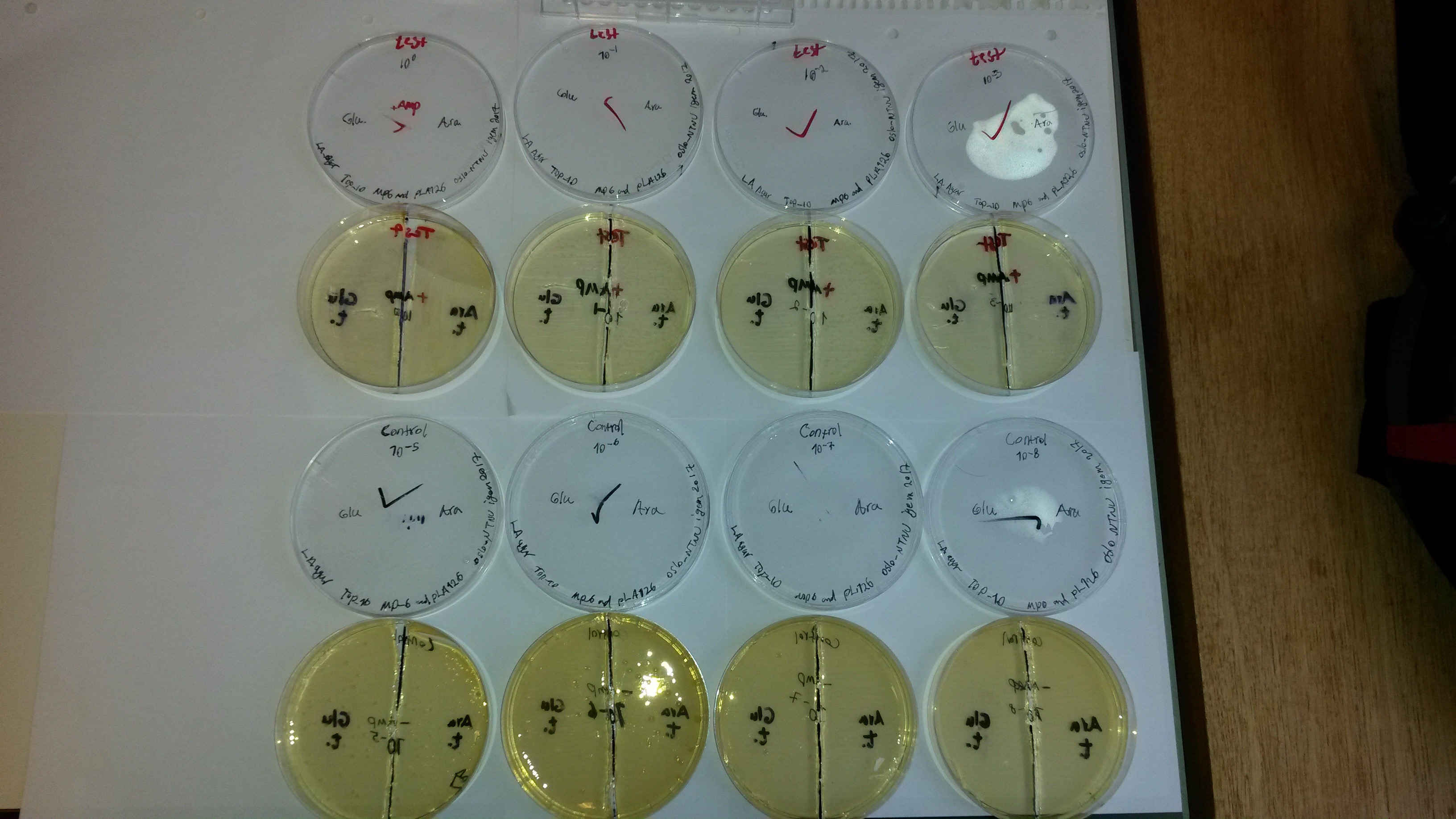 Plates from the UiOslo iGEM teams characterization of our biobrick.

The results from the UiOslo iGEM team therefore confirmed that the biobrick works as expectated: it has a high mutational activity if induced by arabinose, and a lower mutatinal activity if repressed by glucose. Their results also confirmed that our biobrick can be used in E. coli Top10, which is a different strain than we used. The numbers of colonies in the UiOslo teams experiments were of a higher range than in our experiment, making it more difficult to count. This might be due to small procedural differences, or it may indicate that the protocol for the test needs to be adjusted when using a different strain than E. coli DH5α.

We want to thank team UiOslo for the collaboration and a wonderful time at the "Mini Jamboree". We are looking forward to meet again at the Giant Jamboree in Boston! 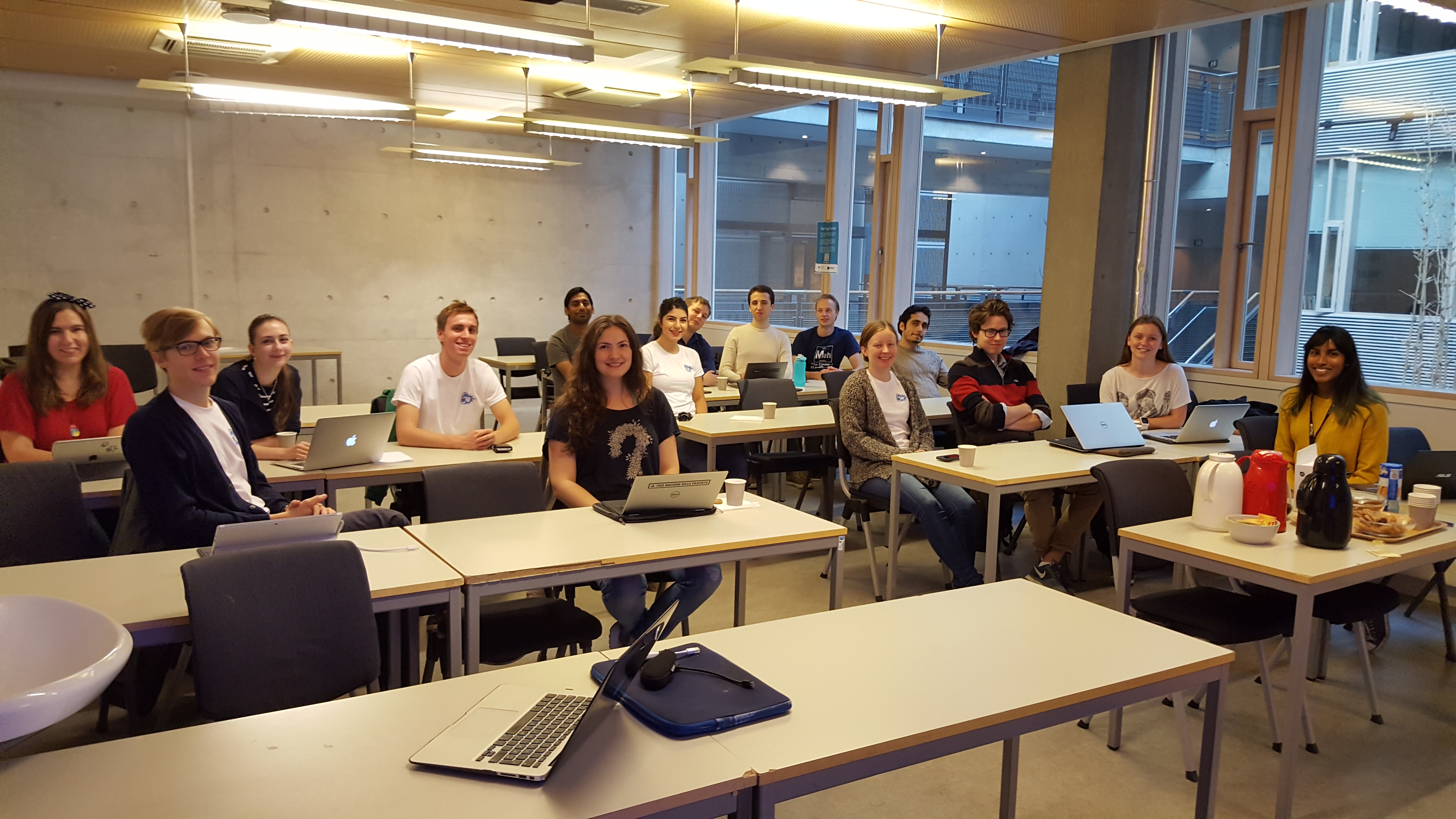